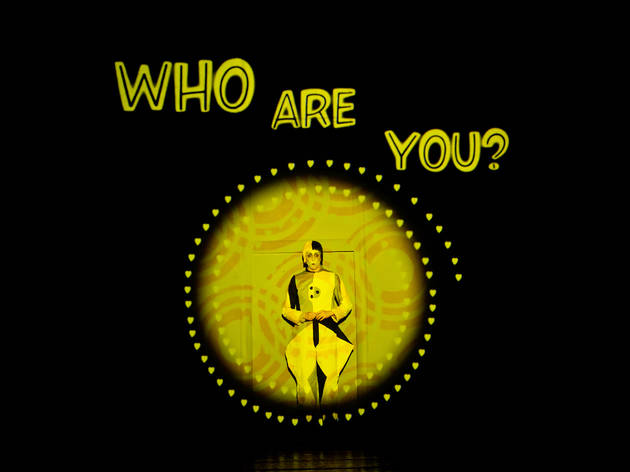 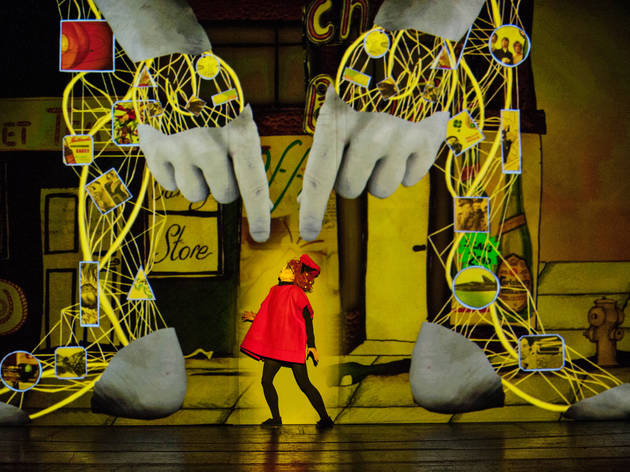 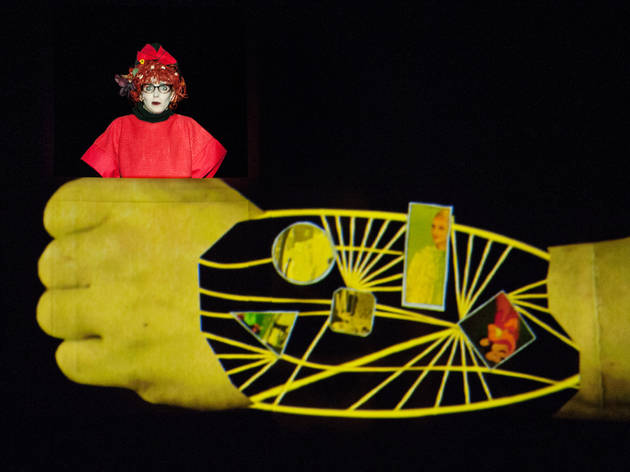 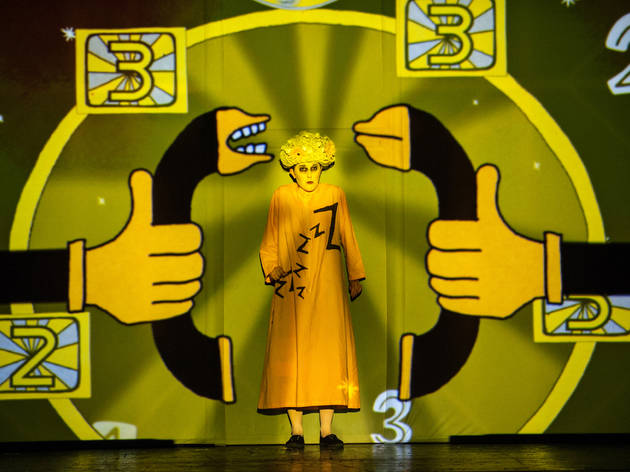 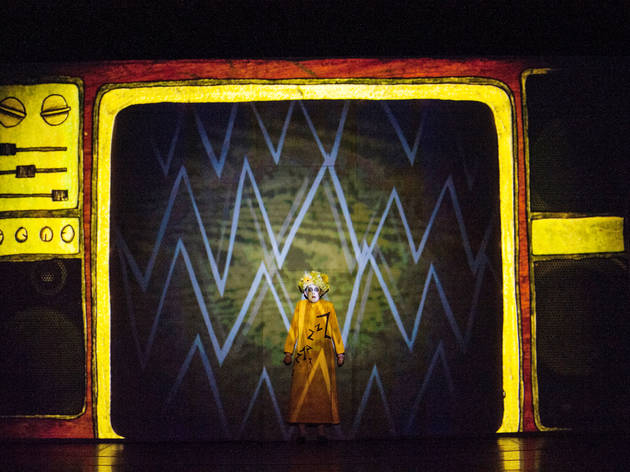 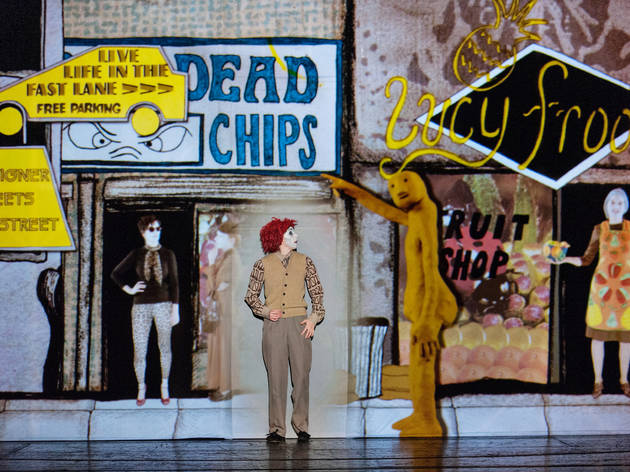 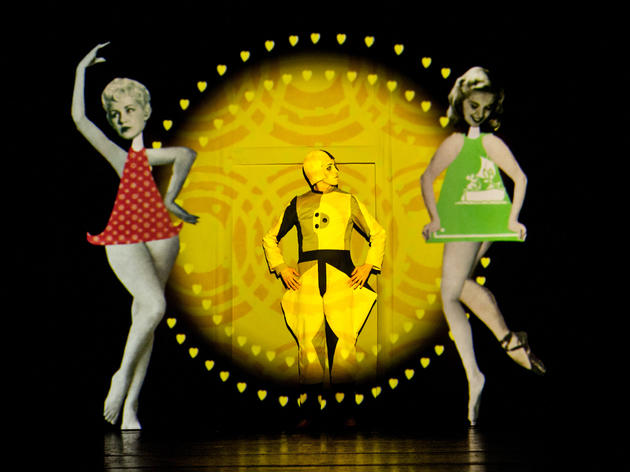 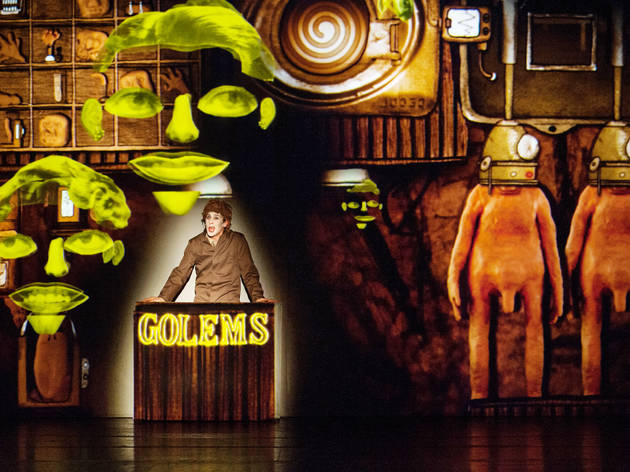 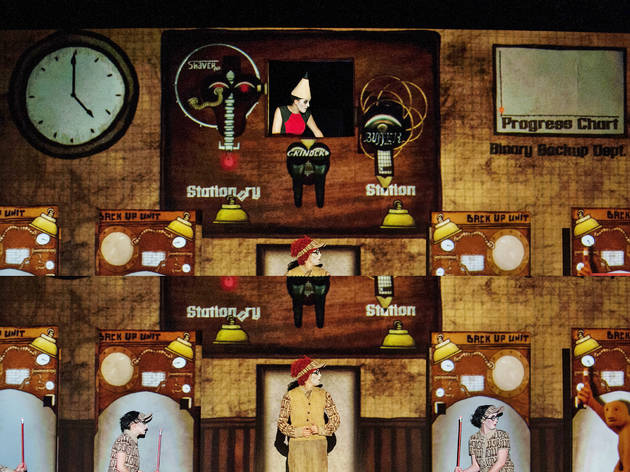 'Golem' transfers to the West End from April. This review is of the show's run at the Young Vic.

With new show ‘Golem’, the animated vistas conjured by theatre company 1927 have become so stunning that the story could be about pretty much anything – the dos-and-don’ts of grouting; a short history of sponges; a Nick Clegg biopic – and still be essential viewing. Whereas the company’s visuals have previously been mostly influenced by German Expressionism and silent movies, here animator Paul Barritt lobs in everything from ‘Metropolis’ to ‘Monty Python’ to ‘Morph’ to create an astonishing, acid yellow world that looks like ‘Nathan Barley’ reimagined by Fritz Lang.

As it happens, Barritt and writer-director Suzanne Andrade’s third play is a polemic about tech dependence. The titular Golems are lumpen claymation manservants – with amusingly prodigious willies – who do the bidding of the live human cast as they wander a projected world. The Golems are, it’s clear, supposed to be stand-ins for iPhones, or at least the phenomena of our obsession with Apple tech, something made plain when a smaller, more irritating model is released to the market, leading to an epidemic of homogenisation as everyone buys one and starts letting it run their life.

In some ways, Andrade’s message is too blunt to be effective, offering a vision of tech addiction so dementedly OTT that it’s difficult to take a tremendous amount from it (unlike the Donmar’s recent ‘Privacy’, which certainly made me rethink my relationship with my phone). Still, it’s hard to disagree with the underlying point, and there is also a more nuanced argument about how tech has made us less kind – in the descent of lead character Robert (Shamira Turner, excellent) from nerd loser to sociopath success, one sees a reflection of the darker side of Silicon Valley, from Steve Jobs’s more abrasive habits to Uber executive Emil Michael’s recent comments on journalists.

Really, though, a 1927 show is more about medium than the message. To simply characterise ‘Golem’ as a political rant would be to ignore not only the visuals, and the lovely, jazzy live score, but Andrade and Barritt’s lavish attention to detail and wonderfully irreverant sense of humour. From a recurring gag about Benedict Cumberbatch to such inclusions as a hipster aspic restaurant and an underachieving tweecore punk band, this is a cracked, exaggerated, funhouse mirror reflection of our world that you could stare into for days.