A harder, darker hornier version of the classic musical

A gritty version of ‘Grease’? Is such a thing even possible?

The ‘Grease’ that most of us know from the 1978 John Travolta and Olivia Newton-John film is a lie. Or at least, it’s very much not the original 1971 stage version of Jim Jacobs and Warren Casey’s musical, which began life with dramatically different songs and a somewhat different story. Nor is it the 1973 version, which set the West End on fire when the show made its UK debut with Richard Gere and Elaine Paige as leads. If the basic, 1959-set plot about the high-school romance between greaser Danny Zucker and nice new girl Sandy Dumbrowski has remained constant, then almost everything else about ‘Grease’ has been chopped and changed at some point or other over the years. It’s a multiversal entity, with no two versions the same.

Nikolai Foster’s big West End revival isn’t an aggressively dramatic reappraisal, like the version of ‘Oklahoma!’ currently playing at the Young Vic. It’s more a careful sift through all the songs and story options available, that have then been pieced together into the hardest-edged version available, but without actually dramatically departing from precedent. Plus it’s got Peter Andre in it, who we’ll deal with later.

Foster’s key decision is to reinstate swathes of the very first, 1971 version of the musical, which has never been performed professionally in this country (or indeed, outside of Chicago where the show originated). He’s held on to the big anthems added for the film – ‘Grease is the Word’, ‘You’re the One that I Want’ – because obviously he doesn’t want an audience riot on his hands.

But there are also extremely deep cuts in here like ‘Tattoo Song’. Is ‘Tattoo Song’ a lost classic? Absolutely not! However, the tune – in which Danny’s all-male gang The Burger Palace Boys contemplate getting inked – fits well in a take on the show that eschews the dazzling Californian brightness of the film, and focuses more on character-driven tunes, while paring back the more extreme faux-’50s stuff (so no ‘It’s Raining on Prom Night’ or ‘Rock ’n’ Roll Party Queen’).

The sexual politics have also been somewhat addressed: if it’s not quite ‘Grease: #MeToo Edition’ then some effort is made to at least show the male characters’ constant womanising as problematic, particularly Paul French’s aggressive, threatening Kenickie and Dan Partridge’s Danny, whose compulsive letching feels grubby and disappointing.

The show’s standout performance comes from Olivia Moore as Sandy, who comes across as far less of a drip than that other Olivia (Newton-John) who played the role in the film. Moore’s Sandy is definitely ‘a good girl’, but she has a steely moral core, with a righteousness to her disapproval of her new schoolmates’ tawdry antics. And when she leathers up at the end, it lands very differently: it’s done with an ironic glint in her eye, and with the clear purpose of demonstrating to Danny that it is possible to change yourself. She’s trying to set him a good example, not to charm him over (though she does that as well).

So yeah, it is a harder, darker, more self-aware  ‘Grease’. And so it should be. When the musical debuted, it was looking fondly back just 12 years into the past, the equivalent of making a new show now about the year 2010. Another 51 years have gone by since then and the world – and social attitudes – have changed. Some grit in the ‘Grease’ actually helps it make more sense.

Does it fully reinvigorate it? I’d say not. Foster’s production often feels caught between its harder elements and the retro sugar rush of traditional productions. Which brings me to ’90s popstar and reality TV fixture Peter Andre. Genuinely nothing against the man himself, but let’s be real: his absurdly high billing in the role of smalltown DJ Vince Fontaine is indicative of the fact that he’s been hired to get bums on seats and not much else. The role is expanded as much as you could reasonably expect: in addition to judging the school dance contest, he does some jive-talking links between scenes and partakes in the traditional end-of-show megamix.

But that comes with problems, insofar as Andre is absolutely not an actor. Even giving his American accent a pass (which, er, you probably shouldn’t), his high, whispery spoken delivery doesn’t sound anything like a radio DJ’s rhythmic patter, while as a singer, his light, melodious pop tones have absolutely none of the bass needed to tackle the various ’50s-style ballads and rock ’n’ roll songs sent his way.

Elsewhere, Partridge’s posturing Danny is okay, but it feels like we never really see the character’s sensitive side, and it’s difficult to exactly know how we’re supposed to feel about him at the end, given his general handsiness is drawn attention to but never fully addressed. Jocasta Almgill is excellent as a charismatic, brittle Betty Rizzo, leader of ‘girl gang’ the Pink Ladies. And French injects real danger into Kenickie, Rizzo’s on-again, off-again paramour. But as with Danny, it feels like the musical’s happy ending – underscored by that obligatory megamix – leaves some aspects of the harder-edged take a bit adrift.

Ultimately ‘Grease’ is still too lucrative a property to be entrusted to a director liable to go nuts with it. Foster has done his best to give it an era-appropriate overhaul, but that’s balanced against the need to fill a 2,000-capacity theatre for six months with a mainstream audience. The result isn’t totally successful. But it’s not a dud either. To quote the song – it’s got style, it’s got meaning. 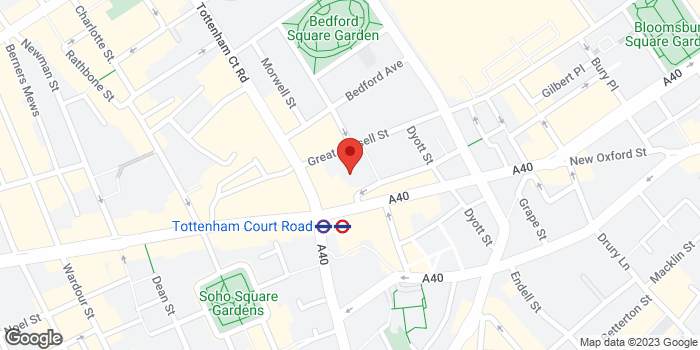