Guards at the Taj 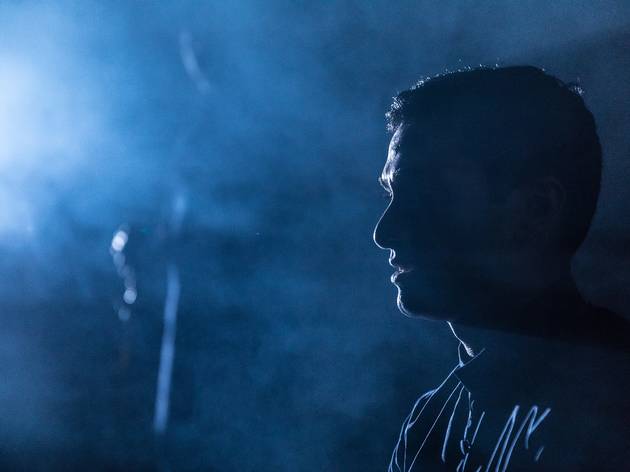 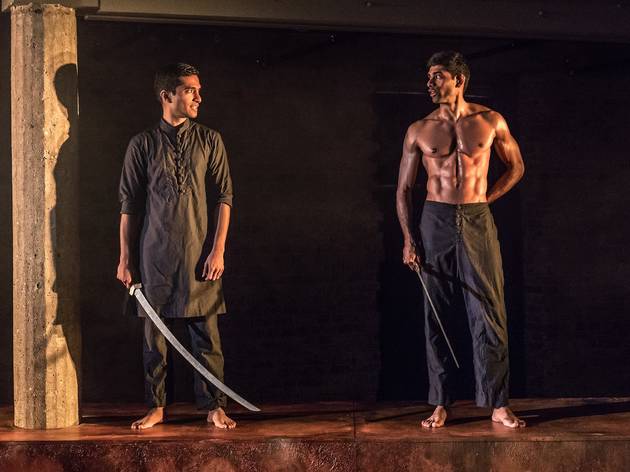 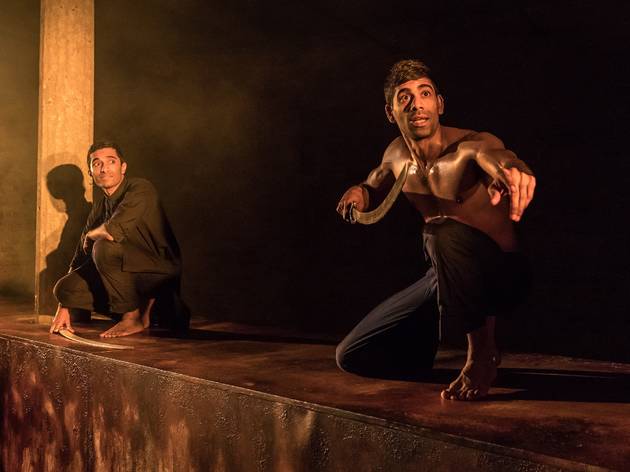 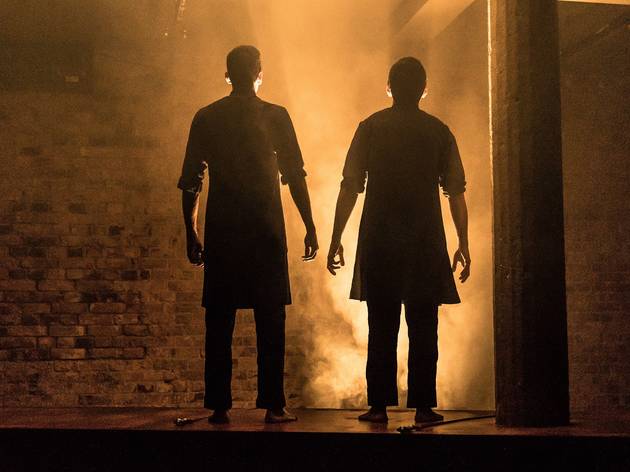 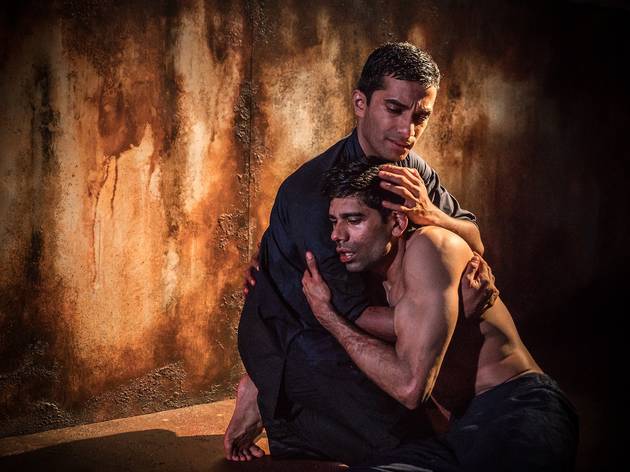 Though his earlier play 'Bengal Tiger at the Baghdad Zoo' was the occasion of the only Broadway performance of the late Robin Williams, Rajiv Joseph remains an obscure name in the UK.

But his short, dense, resonant 'Guards at the Taj' is a striking show to reopen the recently refurbished Bush Theatre, not least because of an impressive production from Jamie Lloyd – something of a prodigal son to subsidised theatre after years spent doing interesting, sleb-heavy work at Trafalgar Studios. He both peppers an occasionally wordy play with moments of genuinely gut-wrenching horror, but also coaxes very naturalistic, very British  performances out of his stars Danny Ashok and Darren Kuppan that totally belie the fact this isn't a homegrown play.

Dutiful, insecure Humayun (Ashok) and laidback but erratic Babur (Kupan) are guarding the construction of the Taj Mahal, the stunning mausoleum commissioned by Hindustan emperor Shah Jahan in the mid-seventeenth century. The first act is almost event-free, but animated by an endearing, 'The Office'-style humour as the two bicker and prattle. The second act is an abrupt shift into charnel, as a blood-soaked pair stagger and reel from the physical and emotional impact of lopping off the hands of the 40,000 craftsmen who built the Taj on the emperor’s orders. The third act further explores the emotional consequences of their actions.

As Kupan's vivid fantasies about futuristic flying machines signal, Joseph is passing comment on more than seventeenth century India - it becomes clear from the two men’s actions that this is provocative meditation on the roots of radicalisation, both in the 'classic', terrorist sense, but the means by which ordinary people become bound to horrendous regimes.

There are moments when it teeters on verbosity, but there's a flash of brilliance for every indulgence, and it’s kept on track by its excellent everyman leads and director Lloyd, who shows us he hasn't gone soft after years in commerical with a couple of truly stomach-churning sequences, beautifully lit by Richard Howell.

'Guards at the Taj' isn't going to get Joseph into the West End any time soon, but it does consolidate him as an interesting new voice.