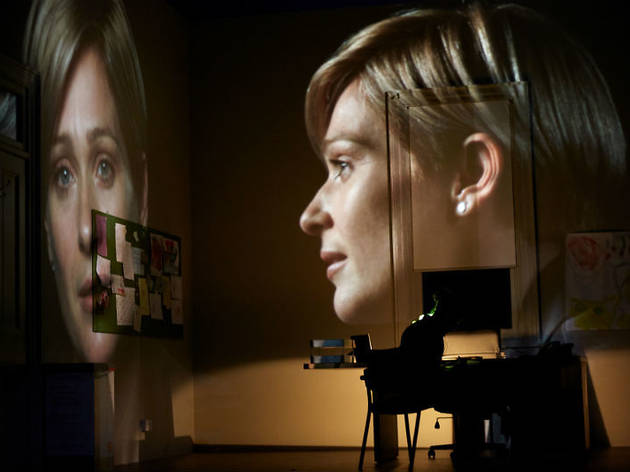 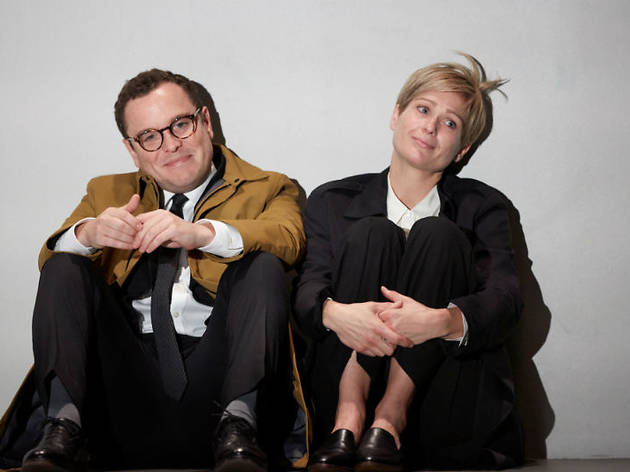 2/4
© Mark Douet'I'm Not Running' at the National Theatre 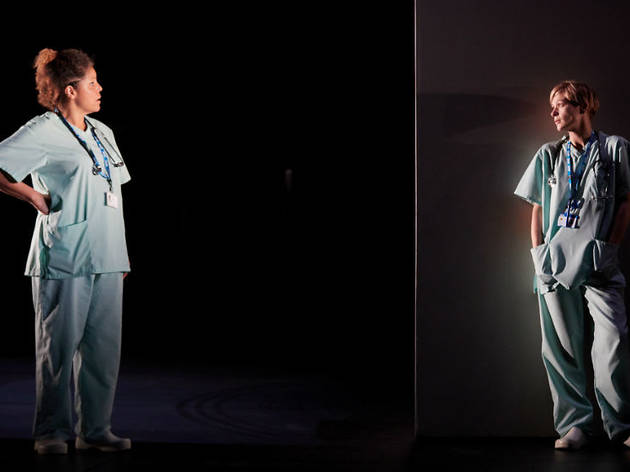 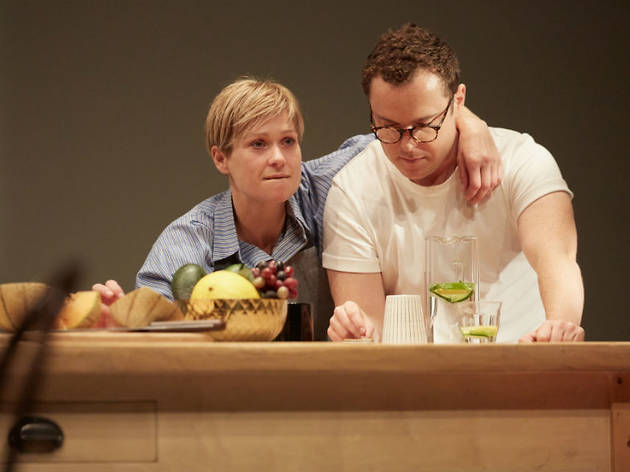 David Hare's new play revolves around an NHS campaigner called Pauline, who may or may not be running for office. I wasn't too bothered either way at the start of Hare's drama, set at a press conference where journos laboriously pick apart her statement that 'I'm not running'. And this unsubstantial narrative doesn't do much to help you care as it wends its way through a turgid would-be satire of politicians, the Labour party, and single issue politics.

Pauline is a single issue campaigner who, we're repeatedly told, has built up a massive following of superfans with her dogged championing of Corby Hospital. But it's hard to see how. Hare has written a dazzlingly implausible central female character. When a young female activist drops in for tea they swap weird, fact-heavy banter that ends up sounding like Pauline's making light of FGM. The flashbacks to her student days are even worse. 'We can take some mind-altering substances', she crows, gleefully, as she plans a night out with her prematurely-middle-aged boyf, after they've told each other some basic facts about their lives that you'd reckon would be first date material (his dad's high up in Labour, her mum is struggling with alcoholism).

Ralph Myer's uninspired set design sets the action in a drab putty-coloured cube, which is filled and refilled with motley collections of furniture to suggest each successive location (weirdly, Pauline's mum owns about seven identical patchwork blankets but no curtains). Unsurprisingly, her ex-boyf recurs as a senior Labour party figure. And the plucky young activist she meets turns out to be his right-hand woman – or maybe she not, as an inexplicable plot twist cuts her narrative abruptly short.

There are many lowlights, but a monologue where Pauline describes, with not a trace of humour, the transformative effects of watching two doves having sex is a particular nadir. Siân Brooke has her work cut out with this bizarrely written central role, and her strange intonations don't exactly sell Pauline as a genuine human, let alone a beloved woman of the people.

There are plenty of weird sallies at the contemporary Labour party, but the fact that Hare has decided to set his play in an alternative reality (it's the present day, but who's actually in power isn't really clear) means that any satire feels confused and flabby – is the main problem with Corbyn's party really its suspicion of populists like Pauline? James Graham recently nailed pretty similar territory in 'Labour of Love'. That doesn't mean other playwrights shouldn't have a go. But this play feels less like labour, more like hard work.

We desperately need a strong, sharp political play in the West End, the kind of thing that David Hare used to write.

If only "I'm not Running" was that play, instead he has written a deadly dull old fashioned flat piece, which seems to be all about some half baked battle to win the leadership of the Labour party, this is not only disappointing, but also desperately boring. None of his characters have any spark of believe-ability, the cast fail to bring this turgid tale to life, but the blame has to sit with David Hare who has written dialogue & situations which would defeat any cast.
Show More
View all reviews