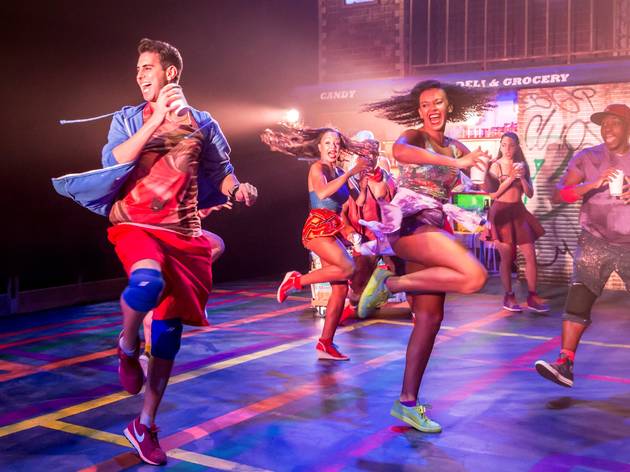 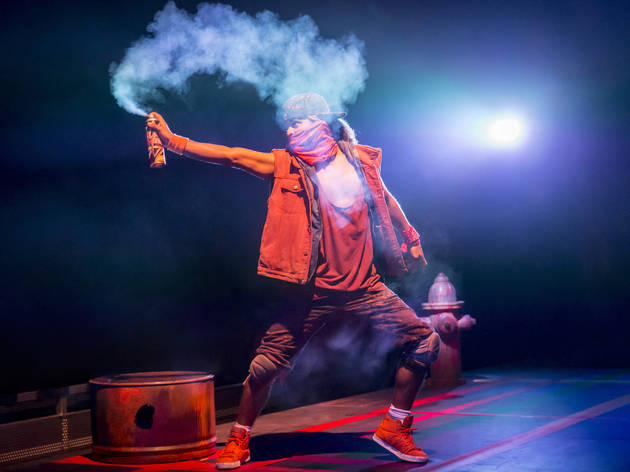 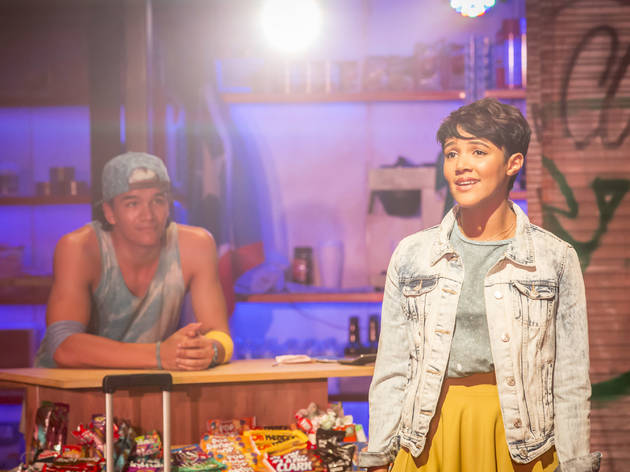 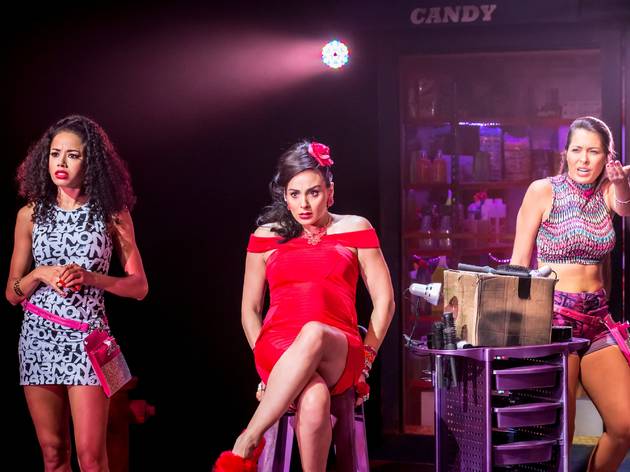 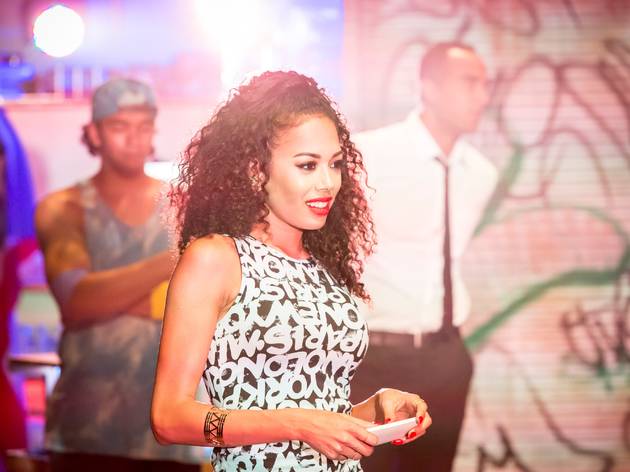 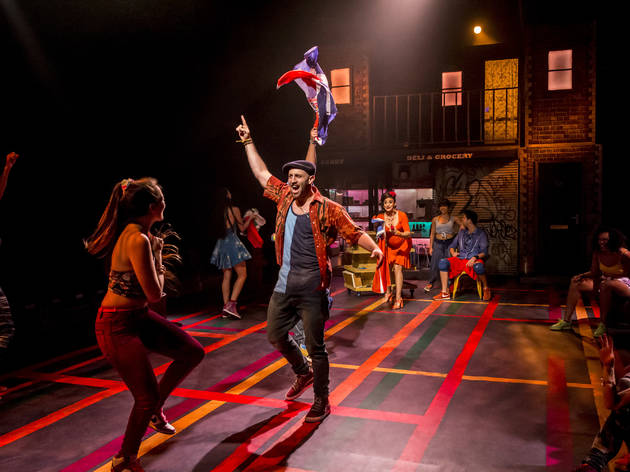 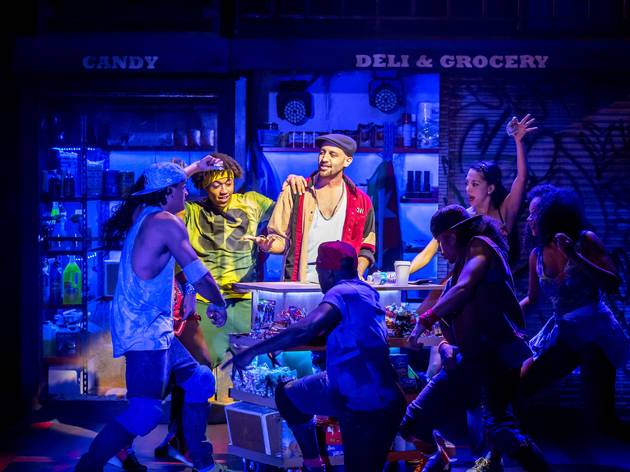 The hottest ticket on Broadway right now is ‘Hamilton’, a hip hop musical about the life of founding father Alexander Hamilton in which cabinet meetings are staged as epic rap battles. Its creator, Lin-Manuel Miranda, is being hailed as the most electrifying force in musical theatre for a decade.

Too bad we’re in London. But some of the buzz has rebounded on this UK production of Miranda’s earlier, 2008 show, the Tony and Grammy-winning ‘In the Heights’. A rap-meets-salsa musical set in the Latino community of Manhattan’s Washington Heights, it remains as colourful, refreshing and full of Puerto Rican zing as a frozen fruit Piragua slurped between lovers on the sidewalk.

While Quiara Alegria Hudes’s book remains curiously gritless, the transfer from Southwark Playhouse to King's Cross Theatre does bring something. You enter the traverse, with its single-street set, via the train tracks of main resident show ‘The Railway Children’. There’s a palpable sense of curvaceous Latin spirit straining against narrow urban confines – and that’s before you factor in Drew McOnie’s vigorously sexy choreography and the microscopic dresses.

At the show’s heart is Sam Mackay’s Usnavi, a Bodega owner who dreams of returning to his parents’ birthplace in the Dominican Republic. His chatty raps take sudden flight in the syncopated slipstream of the Latin numbers. But when Vanessa struts over for coffee (‘very sweet, little bit of cinnamon’) he’s lost for words.

‘In the Heights’ is really a soap opera. Themes of immigration, heritage and gentrification play second sax to hope, home and young love, and cheesey metaphors abound. There are sunrises and sunsets, a heatwave and a power cut, and fireworks at the interval kiss. But you’re irresistibly caught up in the comings, goings and blazing interactions of the individual characters, through to David Bedella’s conflicted patriarch and his fearsome wife (during her solo, Josie Benson manages to stamp two heels at the same time).

But on press night it’s Victoria Hamilton-Barritt, as Vanessa’s melodramatic boss Daniela, who provides the defining image. Heavily pregnant in real life and still working the bodycons, she hurls a leg over the top of one of two freewheeling fire escapes and has at the high note with everything she’s got. This is musical theatre bursting with new life.