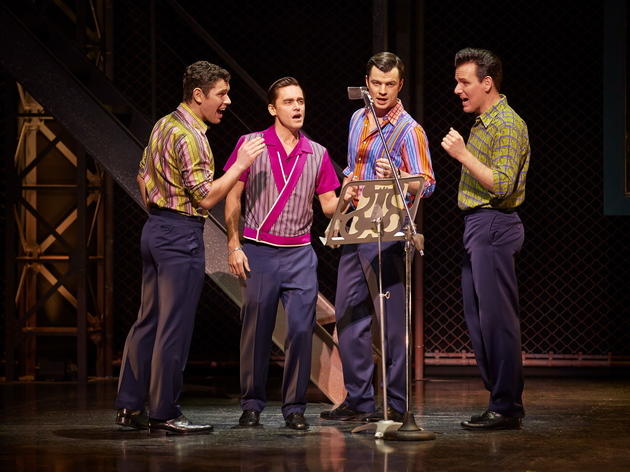 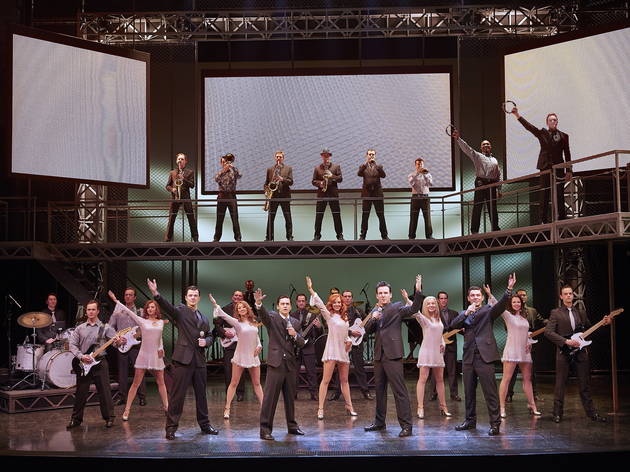 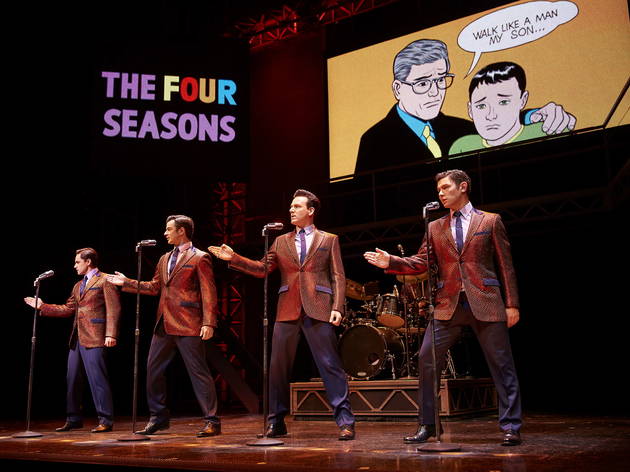 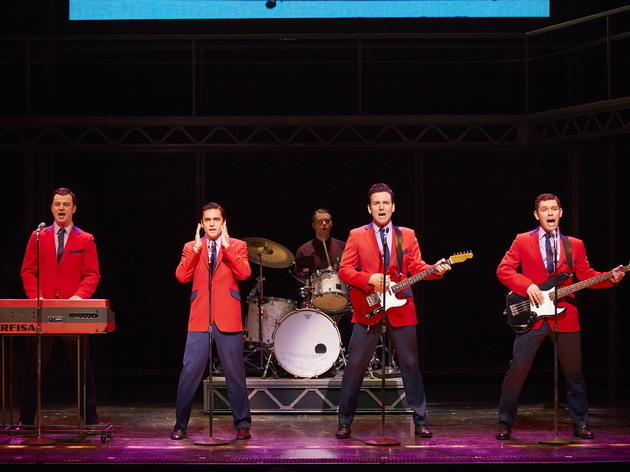 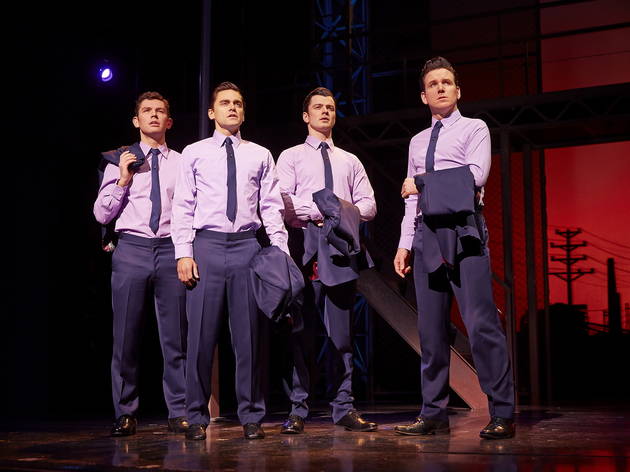 Here's the 'Jersey Boys' concept. Take one gleaming back-catalogue – that of Frankie Valli & the Four Seasons, whose Bob Gaudio-penned songs have become so woven into the fabric of Western pop culture that it's easy to forget who actually wrote them. Next, instead of torturously extrapolating a zany plot out of the lyrics, simply make the story of 'Jersey Boys' the story of the Four Seasons. Get a top-notch book, written by Rick Elice and Woody Allen collaborator Marshall Brickman. Hire a director, Des McAnuff, who doesn't let extended song and dance routines get in the way of a playful, incident-packed story that's not afraid to play a little hard and fast with chronology. Combine, and you have not only one of the best shows in town, but an object lesson in how the whole benighted jukebox musical sub-genre can spawn a genuine classic.

It's therefore not a surprise to note that there have been few changes at the Prince Edward Theatre over the last three years. Supporting cast members have come and gone, but the prodigiously-piped, wonderfully craggy Ryan Molloy is still front and centre as Frankie Valli most nights (though former S Club 7 member Jon Lee now subs for him on occasion).

The current crop Seasons are great fun: Matthew Wycliffe's nerdy nice guy Gaudio and Jon Boydon's wiseass Tommy DeVito engage as the two men fighting for the soul of the band, while the Lurch-like Eugene McCoy makes the role of bassist Nick Massi his own.

But it's the book that emerges as star. The story of 'Jersey Boys' is the story of most musicians who went from bluecollar roots to more success than they could handle. What's great about Ellis and Brickman's telling of the tale is not only its ready wit and refusal and obvious effection for its subjects, but also the poignancy in the shift of narratorial duties from Tommy DeVito to Bob Gaudio. By the second half DeVito has lost his grip on band, show and himself. And in the background Molloy's Valli grows subtly in stature, from runty street rat to troubled father, but always with those formidable pipes, the like of 'Rag Doll', 'Walk Like A Man' and 'Big Girls Don't Cry' still intoxicatingly odd a half century on.

(Note: this is a review of the show at the Prince Edward Theatre)

4 out of 5 stars
View all reviews