The top playwright talks about diving into subcultures, from Bullingdon Club rituals in ‘Posh‘ to Austen fandom in her new play ‘The Watsons’

Forget rosy visions of bonnets, balls and endless afternoon teas. According to playwright Laura Wade, ‘It was really crap being an unmarried woman’ in Jane Austen’s England. Her latest play ‘The Watsons’ – which comes to London after rave reviews in Chichester last year – is based on an unfinished Austen novel, which follows 19-year-old Emma and her 28-year-old sister Elizabeth. But why did Austen abandon her story? Wade is pretty sure she knows. ‘I think she might have got to a point where she was finding it all quite uncomfortably close to home,’ she says. ‘The last few pages of it, Elizabeth is alone upstairs sitting with her father and she’s just depressed.’

It’s a novel that directly echoes Austen’s own life at the time she wrote it; miserable, under pressure to pick an uninspiring suitor, and unable to carve out her own identity as a writer. ‘The Watsons’ flips the script by writing a brilliantly metatheatrical new storyline. One that, according to Wade at least, Jane Austen would be into. ‘I like to think she’d be tickled! She liked the theatre, and I think she’d get the playful spirit of it.’ This new narrative follows what happens when the cast of Austen’s story revolt and demand better endings for themselves. As Wade explains, ‘It was really fun to be able to give the characters a broader range of futures than were available, and turning the question of who Emma’s going to marry, into asking: why does she even have to get married?’

Okay, so Austen might have been into this world of twenty-first-century possibilities. But what about her legions of hardcore fans? Wade is amusingly frustrated with the world of the Janeites (I didn’t want to admit to her that I’ve bonneted up for Bath’s annual Regency Ball). ‘You do kind of want to say to people: Indoor toilets! Women voting! And all of those great things we have now,’ she says. ‘A love of Jane Austen that doesn’t acknowledge the satire and the politics that she includes is troubling.’

Wade’s recent West End hit ‘Home, I’m Darling’ dug into a different variety of history-loving fandom. It followed two vintage-obsessed couples whose love of the 1950s extended beyond swirly frocks to decidedly dated gender roles. ‘What is it about that nostalgia that people want to play with?’ She asks. ‘That fetishised interest in home and homemaking is a sort of retreat into this domestic world as the real world gets less controllable, less knowable.’

These ideas might seem worlds away from Wade’s uproarious, breakout hit ‘Posh’. But as she explains, ‘I like writing tribes. “Posh” was about a tribe.’ Albeit a slightly more controversial one. It put the spotlight on the secretive all-male elite of the Bullingdon Club, who plotted their political futures over booze-soaked Oxford dinners. ‘When it first came out in 2010, people thought it was fearmongering or naive. Now its thesis has to some extent been proven.’

I ask Wade what she’d make of 2019’s neverending political runaway train: with Bullingdon alumnus Boris Johnson at the driving seat. ‘I wouldn’t know where to start. You wouldn’t trust the world not to change completely by press night.’ But that definitely doesn’t mean she’s lacking in ambition. Next, she’s taking a direct shot at one of the hardest-to-crack spaces in London: the National Theatre’s vast Olivier stage. It’s famously rare for a new play to succeed there, and it’s even rarer for a female playwright to get a go at writing for a space who’s line-up is heavily male-dominated. Wade says that when she tells people, ‘it always makes them clench up and go “Ooh, are you sure about that”. But I feel like that space kind of exists as a provocation, and I’ve got an idea that I think could fill it.’

She’s not giving much away on the specifics, but if the new direction she’s revealed in ‘The Watsons’ is anything to go by, it’ll be as unruly and bold as Austen’s novels were contained and precise. ‘The sorts of things I like are playful and strain against the boundaries of what’s expected,’ she says. ‘A challenging of traditional formal structures that are essentially masculine.’ Chuck out your corsets, Wade’s on her way.

‘The Watsons’ is at Menier Chocolate Factory. Until Nov 16. 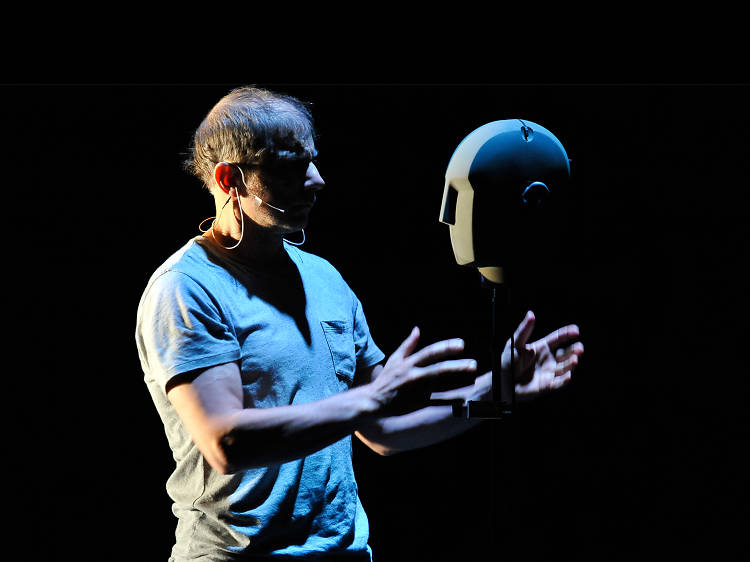 From off-west end to musicals and the big openers, here are the shows that got our critics talking this month