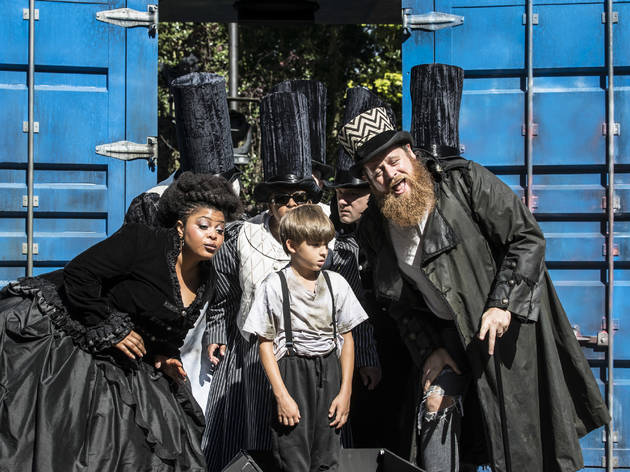 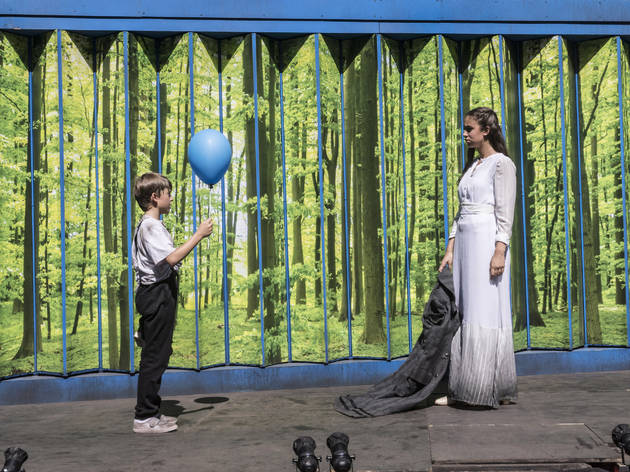 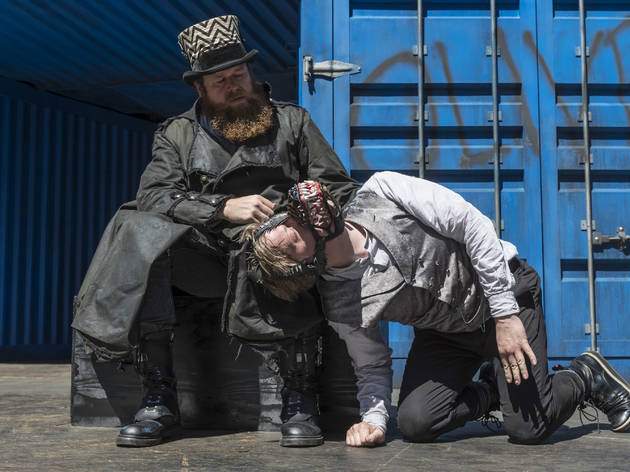 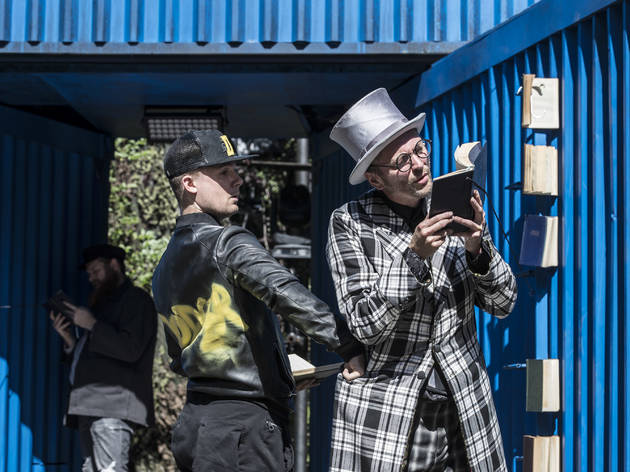 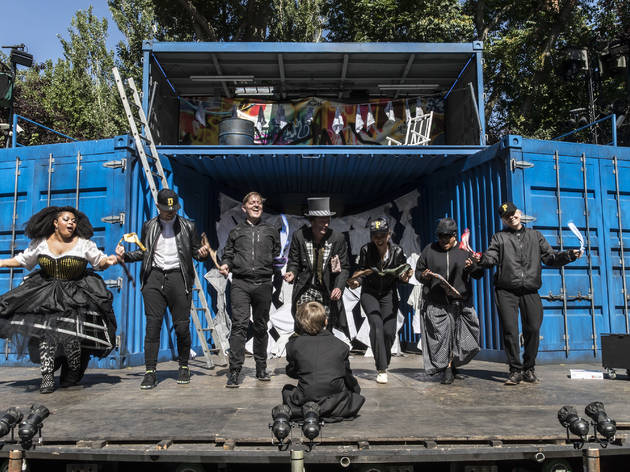 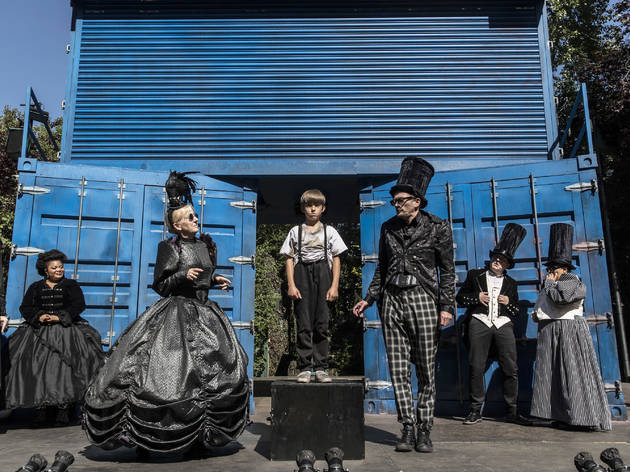 Regent’s Park Open Air Theatre’s painfully overambitious ‘adult’ stage adaptation of ‘A Tale of Two Cities’ has to go down as the London theatre debacle of the summer.

But the theatre manages to save some face with this accompanying, superior, family-friendly take on another Dickens novel: ‘Oliver Twist’.

Like ‘A Tale...’, there is maybe a slightly try-hard element to Caroline Byrne’s production (which shares the same Fly Davis cargo crate set). The wordless physical theatre introduction (one might accuse it of being interpretive dance) and cool monochrome steampunk outfits seemed to confuse some of the children around me. But these flourishes are hardly a massive flaw and I suspect they’re there to put clear water between this, Anya Reiss’s adaptation, and the popular musical ‘Oliver!’ (though again I’m not sure if that’s a reference point to the target audience).

Unlike ‘A Tale...’, Reiss focuses on telling a good story, and she succeeds. She is happy to condense the novel into manageable form, and her dialogue – honed in years writing for ‘EastEnders’ – is terse, witty and respectful of Dickens.

On the performance I saw Jordan Nash made a charming, innocent young Oliver (he shares the role with two others, including the pictured Lewis Fernee). But it’s the adult cast who really impress – many of them double or triple up on roles, to impressive effect. The strapping Daniel Hoffman-Gill is excellent as a brutish Bill Sikes and absurd Mr Bumble. And Gbemisola Ikumelo is great as a sweet, streetwise Nancy and haughty West African Mrs Corney. The doubling saves the theatre a few bob, of course, but it also smartly takes the sting out of the more tragic or scary characters for young audiences, by having the actor also play someone with a lighter story.

It didn’t quite have me asking the Open Air Theatre if I could please sir have some more Dickens adaptations. But it's a cut above your average summer family show.