If you’re in the market to pay north of £50 to attend a Peaky Blinders-themed fancy dress party then you will doubtless enjoy ‘Peaky Blinders: The Rise’ and there’s no need for you to read the rest of this review.

If you really want to hear my opinions on it as theatre then strap in, because I’m sorry to say that this is comfortably the most tedious immersive theatre show I’ve seen in London in at least ten years.

Staged in new venue the Camden Garrison, ‘The Rise’ is, of course, a spin-off of hit historical crime epic ‘Peaky Blinders’. It begins amicably enough, with a bowler-hatted gangster ushering our group into the 1920s and telling us we’re here to infiltrate the club of a local hoodlum. Infamous Brummie crime boss Tommy Shelby – Cillian Murphy in the TV show, Craig Hamilton when I saw it here – intends to take it over… and he needs our help.

So far so good, and the brief club scene is nice enough. But next up we’re sent to a big party-slash-rally for Tommy in a large vaulted room… and that’s pretty much it for the night. There are a number of actors involved and a loose plot involving Tommy striking a deal to sell whisky to Al Capone, but really it’s purely superficial: the story is all but over from the minute we enter and we have zero license to influence anything. We can go to the bar, or the other bar, or the other bar, or we can join in with some general fringey chats tangentially relating to said whiskey deal, and that’s really it: no more rooms, barely any plot progression, not a huge amount to do beyond soak up the vibe in the very un-socially distanced performance space. We’re given a wodge of £1 notes and it’s never very clear what we’re supposed to do with them: I simply dutifully handed mine back on the way out.

Don’t get me wrong: I'm a joiner inner. I tried! I talked to the actors. At Tommy’s behest I carried a bag from one bit of the room to another bit of the room. I valiantly drank two Old Fashioneds. But half an hour in and I was consumed by the sinking feeling of being stuck at a social event I wasn’t enjoying, at which nothing was really happening, grimly waiting for it all to end, knowing full well that would be another 90 minutes.

If ‘immersive theatre’ began with companies like Punchdrunk and Dreamthinkspeak attempting to offer experiences in which you had meaningful agency, then a lot of the big modern shows – ‘The Great Gatsby’, ‘Doctor Who: Time Fracture’, ‘The War of the Worlds’, ‘The Gunpowder Plot’ – are more like themed parties where you have a few drinks and drift through an essentially linear experience. Secret Cinema has a lot to answer for. But at least those shows all feature fairly large venues and a sense of story progression. In ‘Time Fracture’ you start at a military base, step into a time rift, journey to multiple times and planets, go on a spaceship then end up at a big Time-Lord trial. Whatever its faults, quite a lot happens. Here, you go to one big room and stare morosely at some actors blathering on about Shelby gang business for two hours, with a tiny bit of action set the club at either end.

The fact director Tom Maller is responsible for both ‘The Rise’ and ‘Time Fracture’ does strongly suggest that he knows exactly what he’s doing and believes this is what audiences want. And he might be right! It’s definitely not awful as entertainment. Members of the cast belt out anachronistic, Radio X-style indie rock staples that are the TV show’s trademark and it’s pretty fun. The cocktails are nice. The costumes – by Rebecca Brower – are good. As a Brummie, it was pleasant to see a show where most of the performers were at least taking a stab at my home accent.

To restate what I said at the beginning: if you want a Peaky Blinders fancy dress party then this is fine. But I’ve been asked to review it as theatre, and it is bad theatre, in the way that a pack of sausages is bad theatre or a spoon is bad theatre. It promises to immerse you in a thrilling gangland adventure, but actually it's barely more than a very expensive theme bar. If this is the Shelby gang’s attempt to take over London, then I don’t think London needs to worry too much. 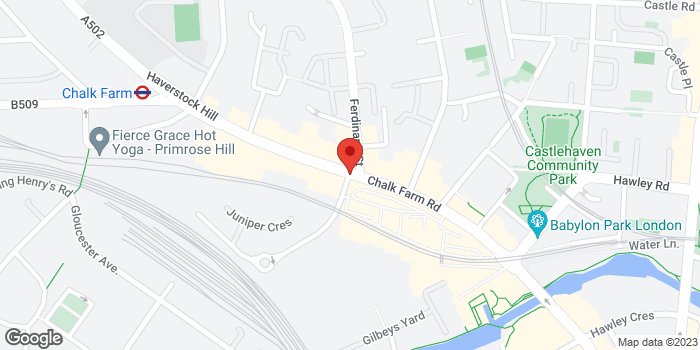