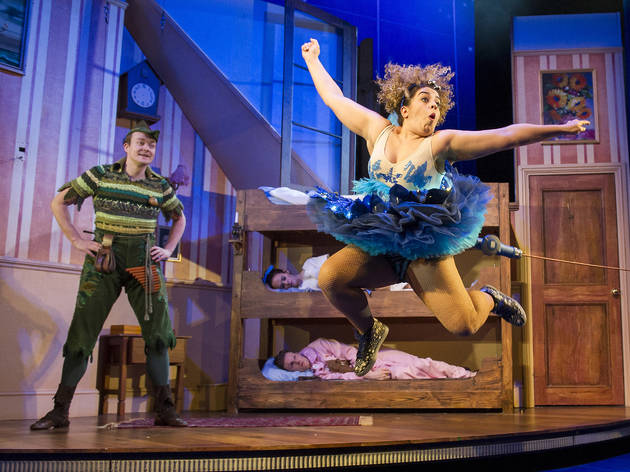 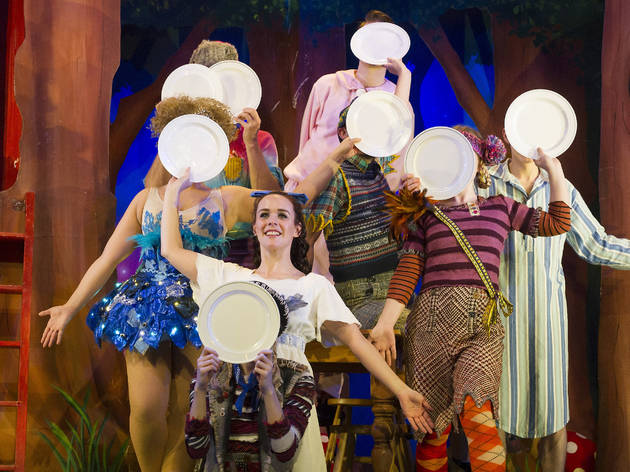 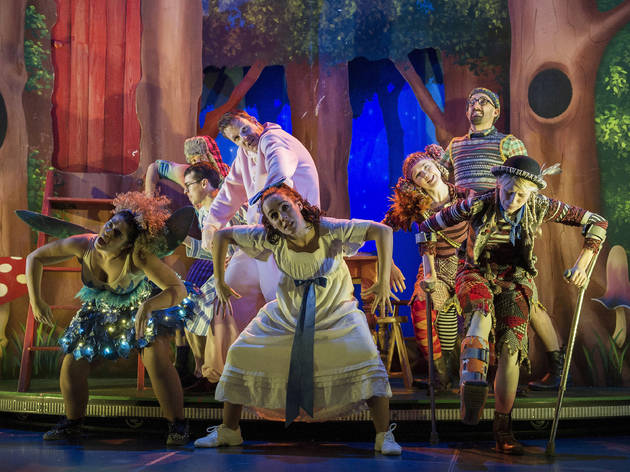 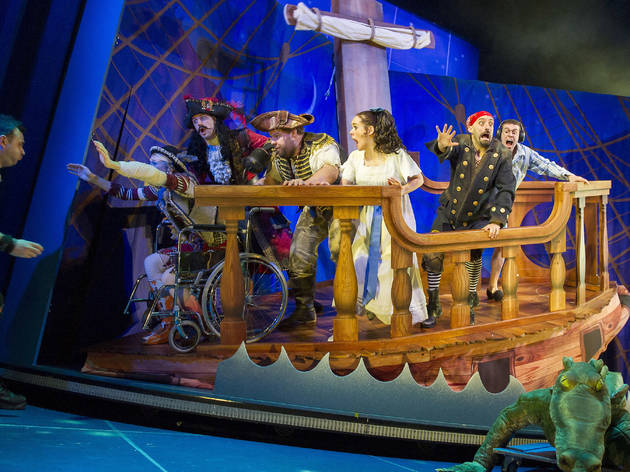 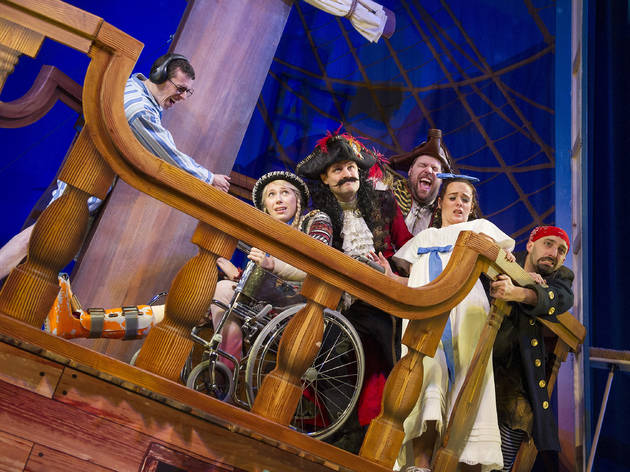 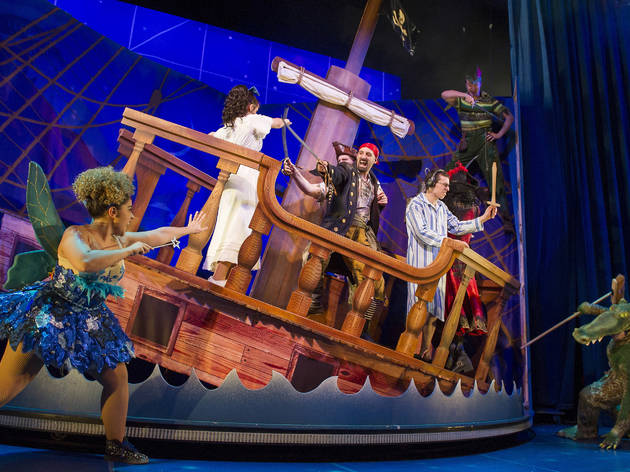 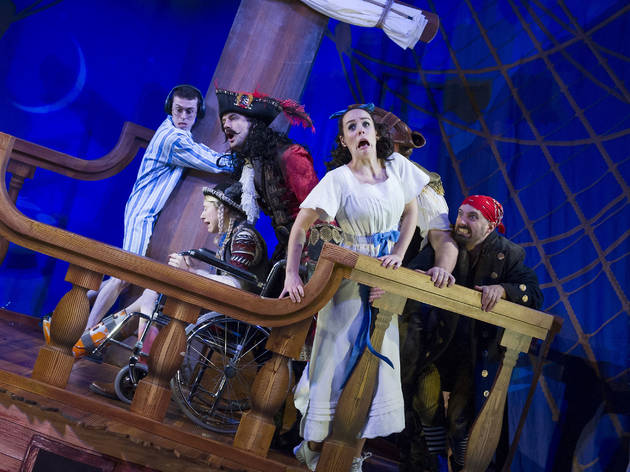 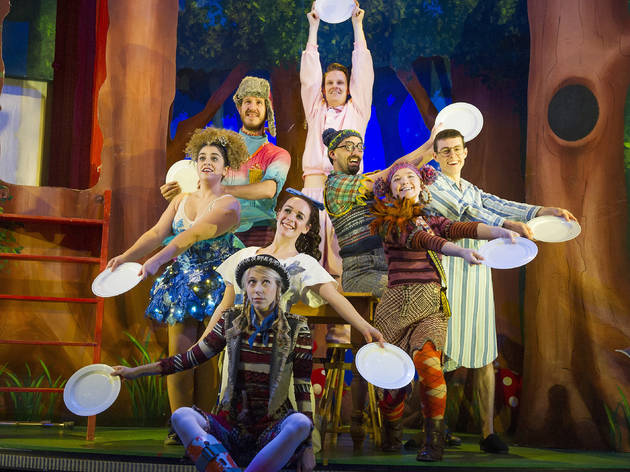 Peter Pan soars! Or doesn’t, in this extremely funny follow-up to ‘The Play That Goes Wrong’, which transferred from a fringe venue to the West End, won an Olivier for Best New Comedy earlier this year and gladdened the hearts of theatre-makers everywhere. The original cast are back for this production.

If you saw ‘The Play That Goes Wrong’, there are few surprises here. It’s an ingeniously simple premise: drop an audience into a fourth-wall-breaking performance of a show that falls apart spectacularly from the first scene. Here, that’s an adaptation of JM Barrie’s ‘Peter Pan’, directed and starring the pompous Chris (Henry Shields), who – in spite of his amusingly seasonal, pissed-off insistence that this is ‘not’ a panto – is properly boo-hissable. And not just as Captain Hook.

The real director of ‘Peter Pan Goes Wrong’, Adam Meggido (who’s just had huge West End success as co-creator of ‘Showstopper! The Improvised Musical’), stages everything beautifully, creating a breathlessly chaotic atmosphere that distracts us from the obvious technical skill and sophistication necessary in order to make everything break down so hilariously.

There’s some inevitable flying-related japery, with the ‘actors’ swinging haplessly into scenery or abruptly disappearing. But while this – and the various set malfunctions – are good for quick laughs, it’s the cast’s comic timing that really powers it, from Nancy Wallinger’s absurd, interpretive dance as Tinkerbell, to Jonathan Sayer’s headphone-saddled Dennis, repeating everything from his lines to an off-stage break-up.

It all feeds into a delicious fantasy of theatre’s worst excesses, with petty rivalries, aching artistic pretentiousness and Peter and Wendy’s back-stage bonking all ‘accidentally’ exposed to us like someone caught with their pants down. Mean-spirited? Not really. It’s so deftly exaggerated, it’s the real panto here. And in the sweetly sincere Max (Dave Hearn), so proud of being the crocodile, we have someone to root for.

To succeed, this kind of play – with its successive catastrophes – needs the same suspension of disbelief as a found-footage horror film. When the latter’s good, you forget they could just drop the camera and run. Same here. This is a joyfully silly show that unpacks itself like a festive treat, about a production whose stream of failures you won’t want to end. Bah haha humbug.