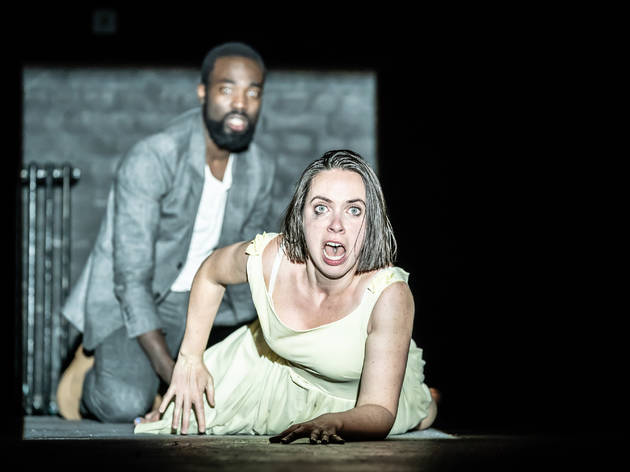 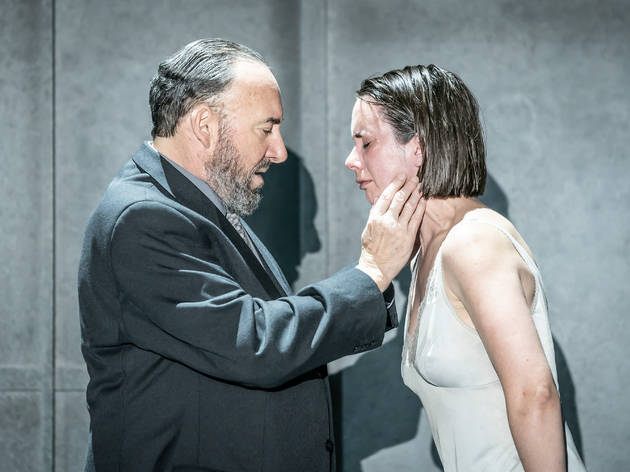 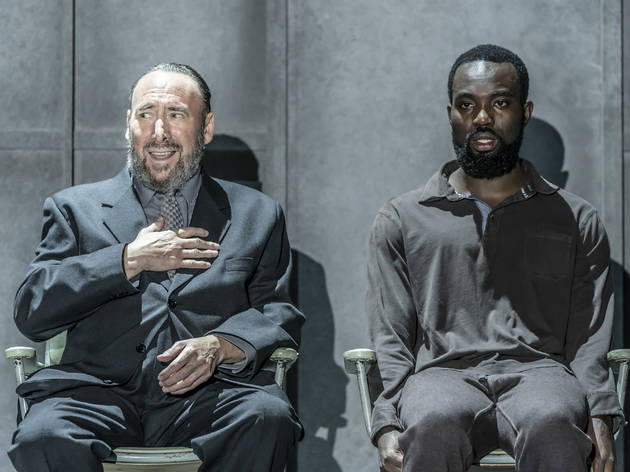 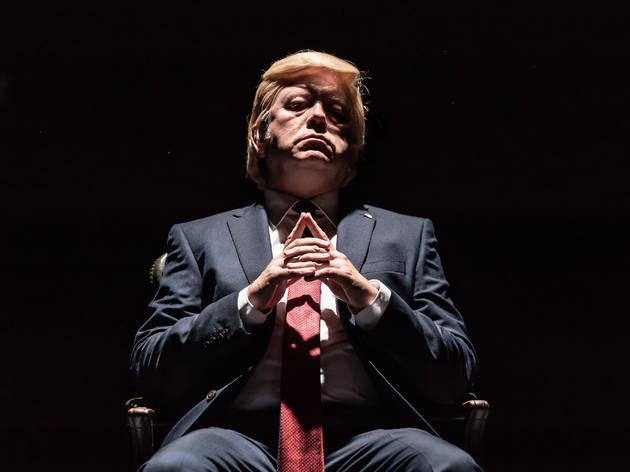 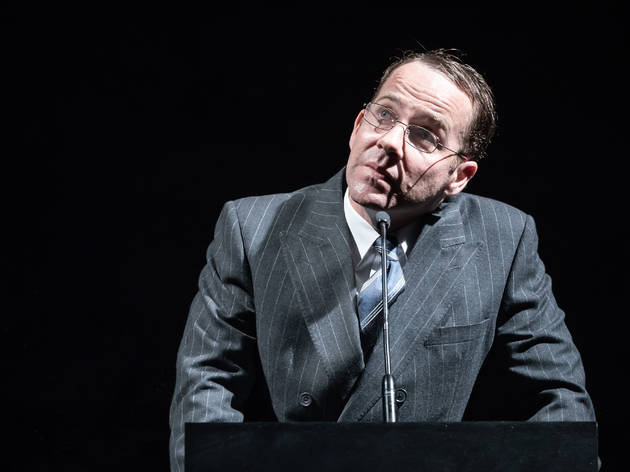 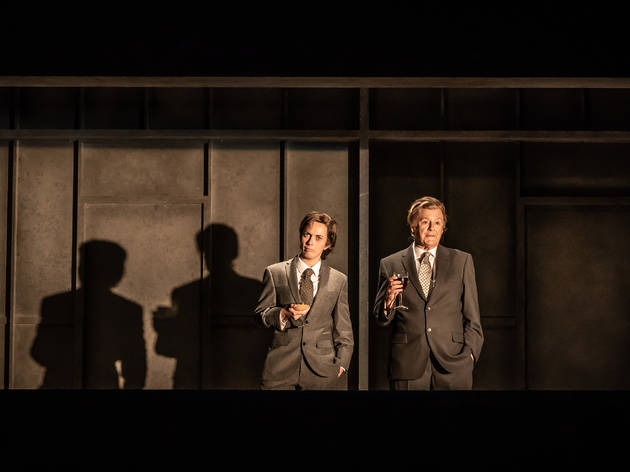 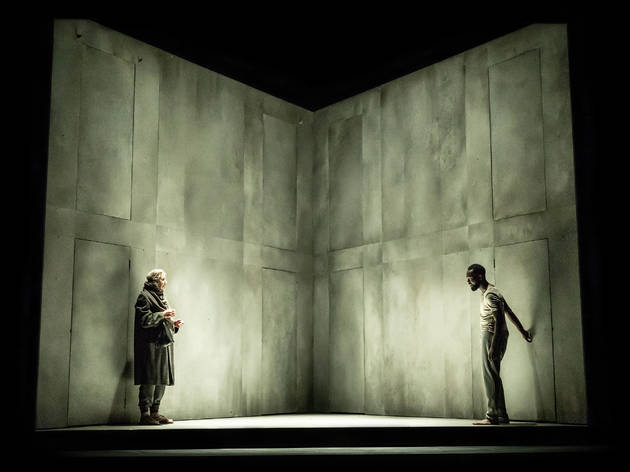 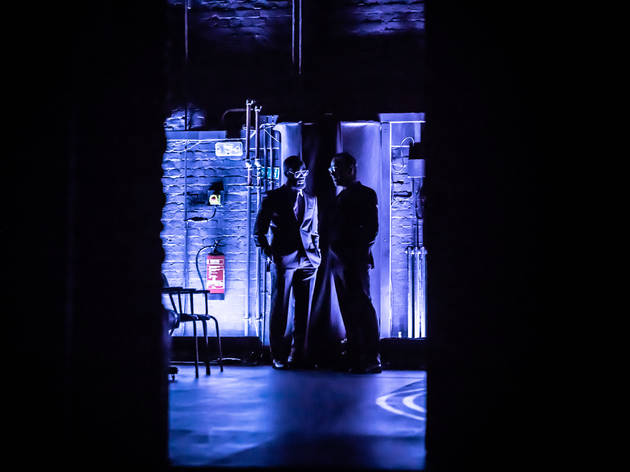 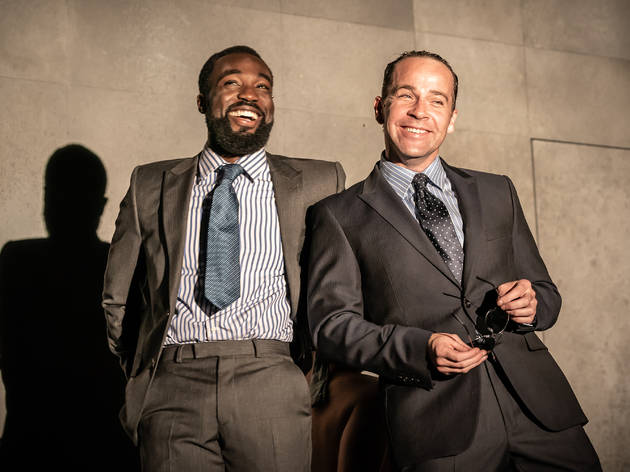 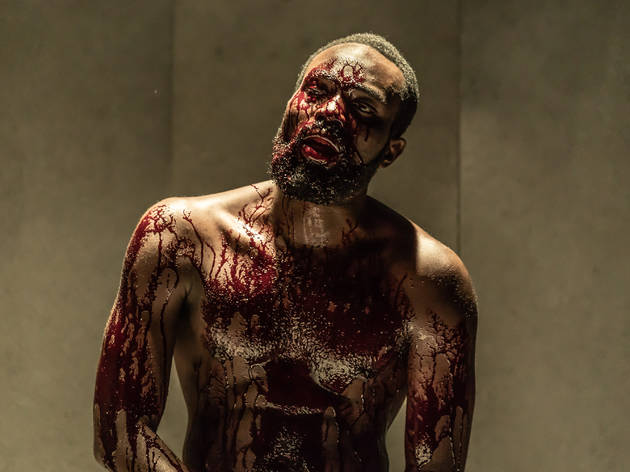 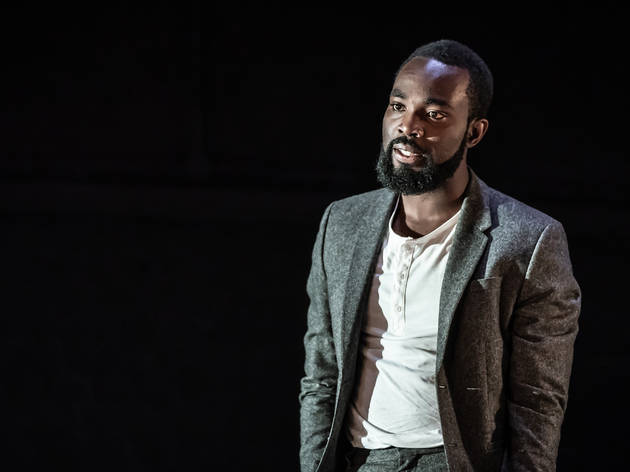 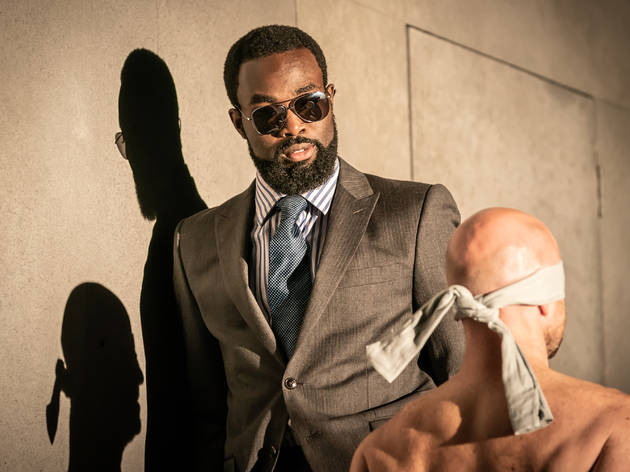 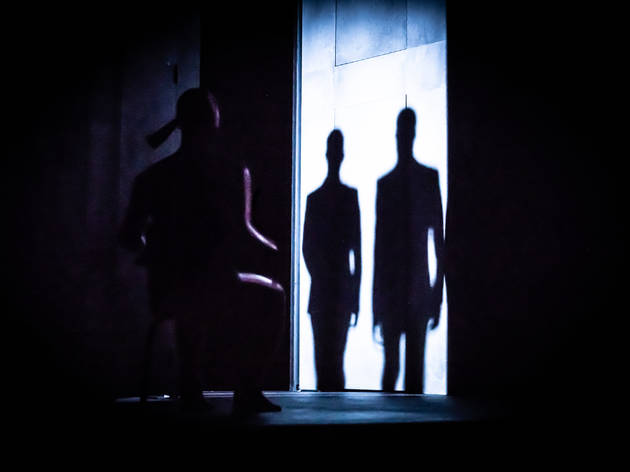 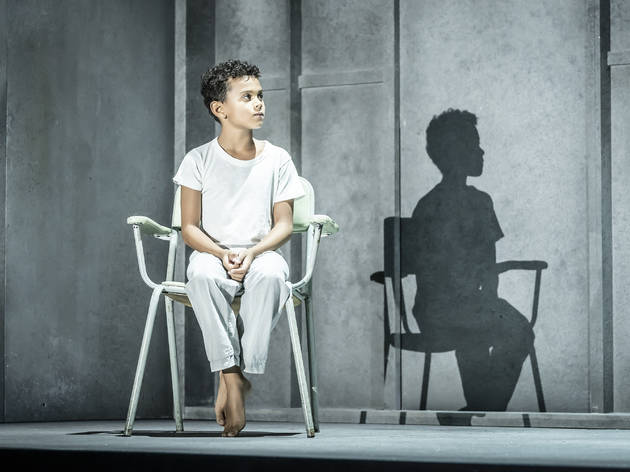 The first half of the first bill of Jamie Lloyd’s epic Pinter at the Pinter West End season brings together Harold Pinter’s most harrowing political plays. It is very definitely not the cheeriest of starts to the six-month stand at this address, which aims to feature each of Pinter’s rarely performed one-act plays.

In fairness, there aren’t any particularly cheery Pinter works, but most of them at least feature a degree of uncertainty in the outcome. In pieces like ‘Mountain Language’ or ‘The New World Order’, however, there is no struggle. Callous, inhuman governments have already won, and they wield crushing amounts of power against innocent civilians who are little more than bugs to them, there to be raped, tortured, killed or discarded.

It’s gruelling, though consummate showman Lloyd keeps the razzle dazzle going as much as is reasonably possible: ‘Press Conference’ kicks things off with a massive shower of confetti.

The nature of the project is that not all of the material is first rate – though I’m sure Lloyd was perfectly aware of this when he programmed some of the flimsier stuff, notably ‘The Pres and an Officer’, a lightweight lost sketch about a dimwit US president who accidentally blows up London.

Really, the rest of the first half is just preamble to 1984’s ‘One for the Road’, which I feel pretty comfortable calling one of the greatest plays ever written. A drum-tight horror story in four short scenes, big gun Antony Sher is wonderful as Nicolas, a wheedling, ingratiating bureaucrat drunk on the unlimited power he has over his prisoner Victor (Paapa Essiedu), and his family, but also, increasingly, the bottle of Johnny Walker he pours measures from, each time toasting ‘one for the road’ at the incapacitated man. It is a brilliant and horrifying play, a meticulously wrought vision of human darkness. In Lloyd’s exquistely agonising production the only chink of light is the shake in Nicolas’s hand, the suggestion that perhaps on some level he can be horrified by his own actions.

The second half of ‘Pinter One’ is quite the change of pace, consisting solely of 1996 two-hander ‘Ashes to Ashes’, directed by Pinter’s former foil Lia Williams. Mysterious and elliptical, it is by far the most ‘Pinteresque’ show on the bill. In a shabbily chic apartment Rebecca (Kate O’Flynn) is telling her partner Devlin (Essiedu) about a brutal lover she once had, possibly when they were a couple.

He is stunned, angry; she drifts into a strange fog of memory. Her lover had something to do with the Holocaust; or maybe the memory of him is somefolk memory of the Holocaust, or an expression of mental illness, or perhaps an abstract reflection of Devlin‘s dark side. Coolly directed by Williams, beautifully lit by Jon Clark, and with a terrific turn from O’Flynn, who seems to phase in and out of reality before our eyes, ‘Ashes to Ashes’ kind of feels like an exemplar of what this season is setting out to achieve – a first-rate Pinter play that’s normally too short to get revived, back in the West End, perhaps for the last time in a generation.