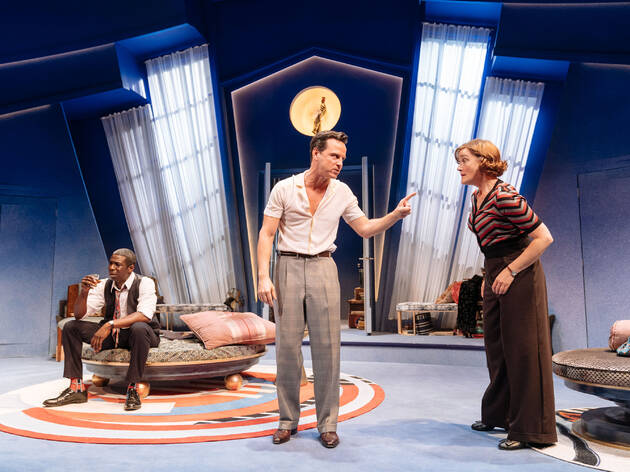 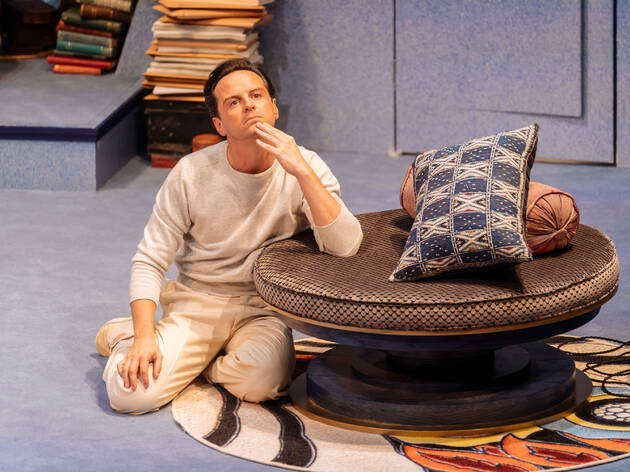 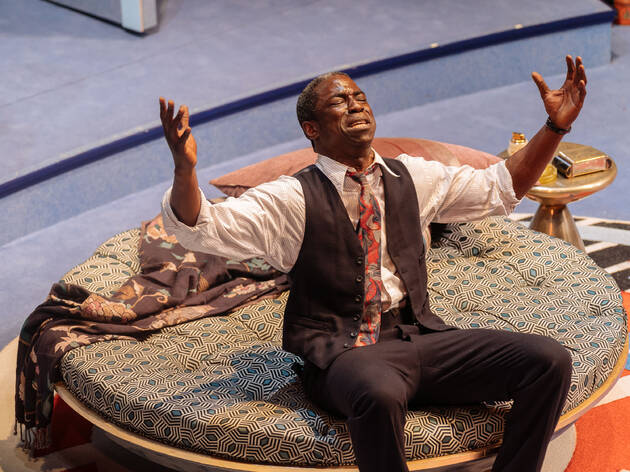 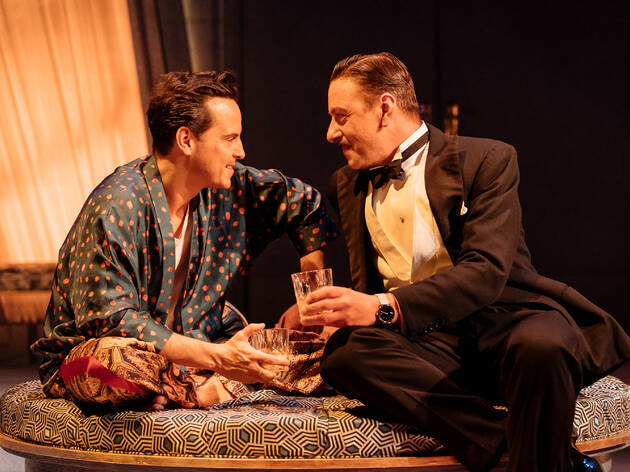 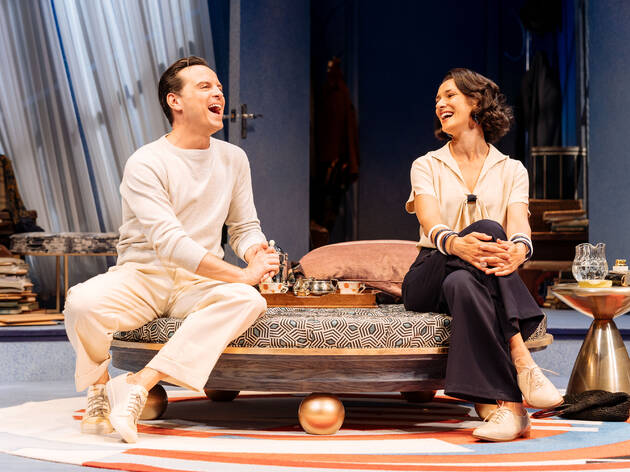 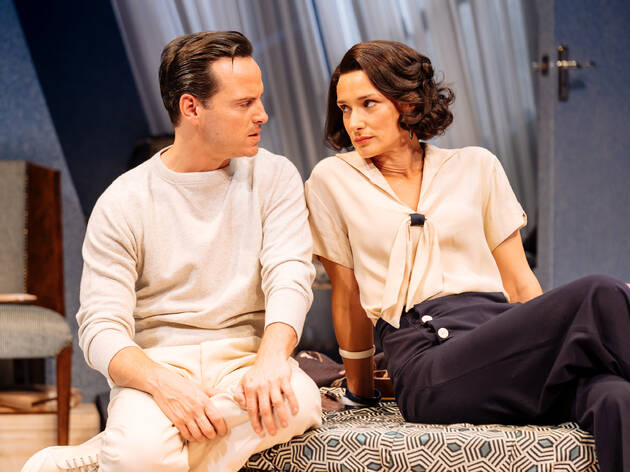 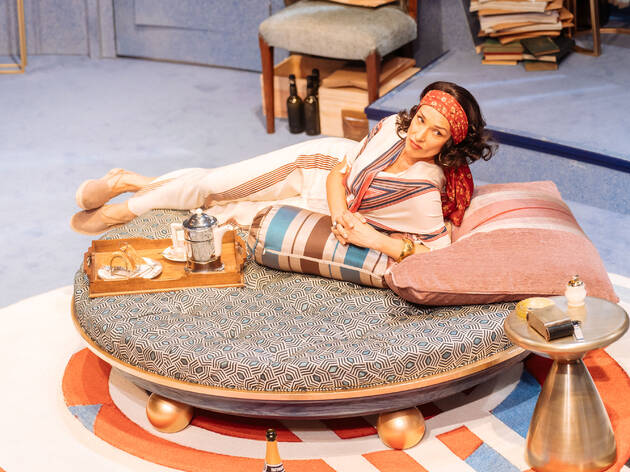 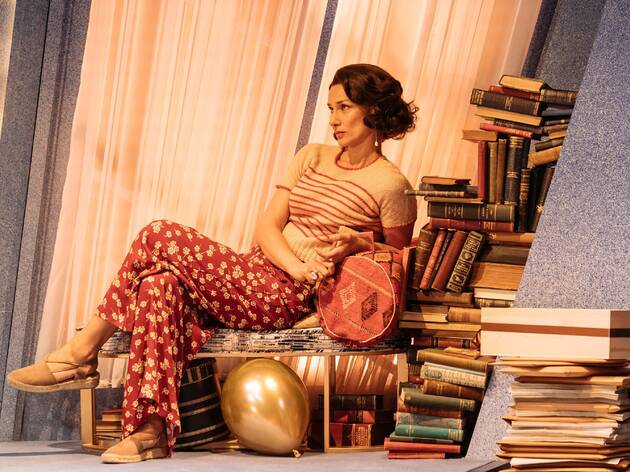 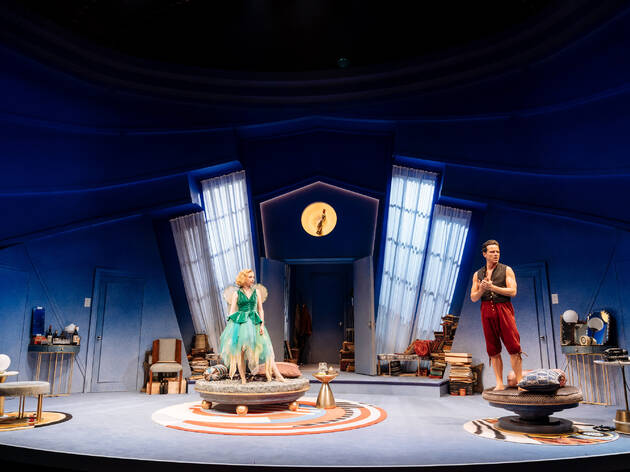 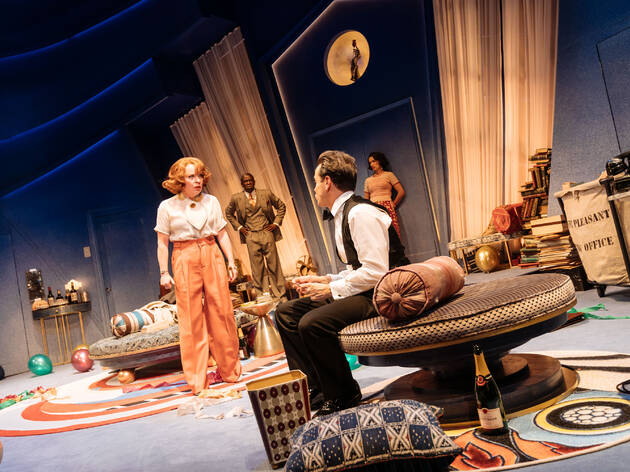 He’s won hordes of new fans as a restrained, tormented priest in ‘Fleabag’, but this Noël Coward play shows Andrew Scott under a different kind of sexual torment. He plays Garry Essendine, a spoilt, petulant actor who gluts himself on the sex and intimacy his fans offer, then sits soggily in the mess he’s created. And he’s frighteningly good at it. Coward’s comedy lets Scott show off both his endless proficiency for delivering a well-timed quip, and his physical virtuosity. Each time Essendine’s resentful friends accused him of overacting (and that happens a lot) his gestures amplify until he’s carving his frustrations into the indifferent air. He shrugs off a new dressing gown his ex-wife gives him with the sinuous grace of a cat wriggling out of an expensive new collar, effusively praising it all the while. And his chemistry with Joe, the lover he takes against everyone’s better judgment, mixes a mocking knowingness with a desperate intensity that makes the audience gasp.

Coward admitted that ‘Present Laughter’ is basically him sending himself up, albeit in a way that was acceptable within the homophobic moral codes of WWII-era society. Matthew Warchus’s production takes things a step closer to real life. ‘Joanna’ has become ‘Joe’, and suddenly the illicit thrill of their relationship makes more sense, and this tightly interconnected group of friends and lovers gains a kind of queer authenticity. It’s like being transported to a parallel universe where everyone is bisexual, endlessly stylish and schooled from birth in the art of the bon mot.

Rob Howell’s flamboyant 1930s-style set design manages to feel like both a living room and a gay nightclub, one which glows with blue light and pulses to slightly naff twenty-first-century love songs between scenes. The stilted, over-furnished staging conventions that often come with Coward revivals have been dismissed, like a sweaty stage-door fan who’s outstayed his welcome.

Coward’s artfully sketched romantic entanglements make Essendine’s grandly designed living room a constant hubbub of people imploring him: to love them, to behave better, to earn the money that keeps Essendine Inc afloat. These scenes are beautifully drawn: especially Sophie Thompson’s performance as his secretary Monica, which mixes loyalty with a rebellious refusal to be cast as the sexless grandmother figure he wants her to be. And Luke Thallon is wonderfully funny as Roland Maule, the aspiring playwright who will not quit, in any sense. The play’s cumulative effect is to show the trials of being needed, the way that you can be swamped with people who idealise you and still be unable to either express or have what you actually want. Characters are forever grasping at Essendine’s hands, trying to hold on to him for longer than he wants; when he finally clings to the departing Monica’s hand, it’s heartbreaking. The party’s over, and Scott’s extravagant loneliness is unforgettable.