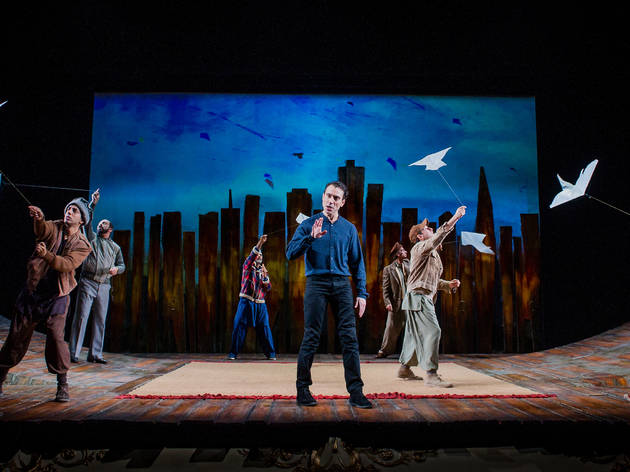 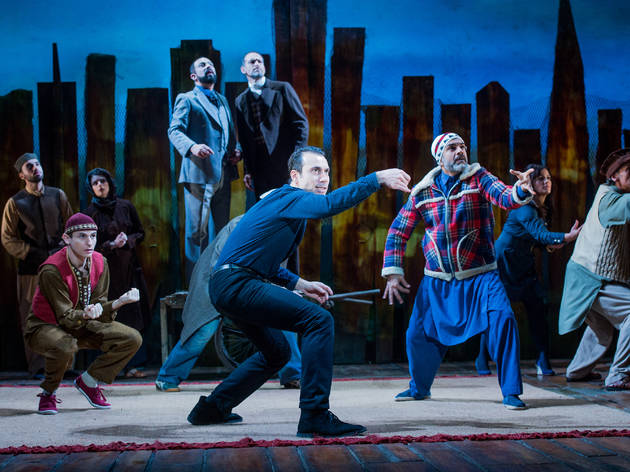 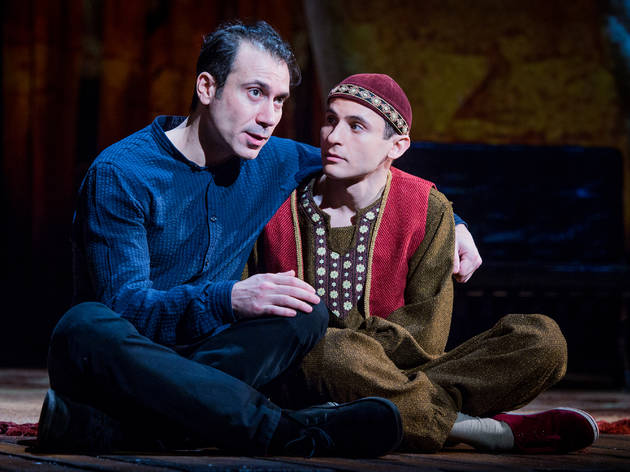 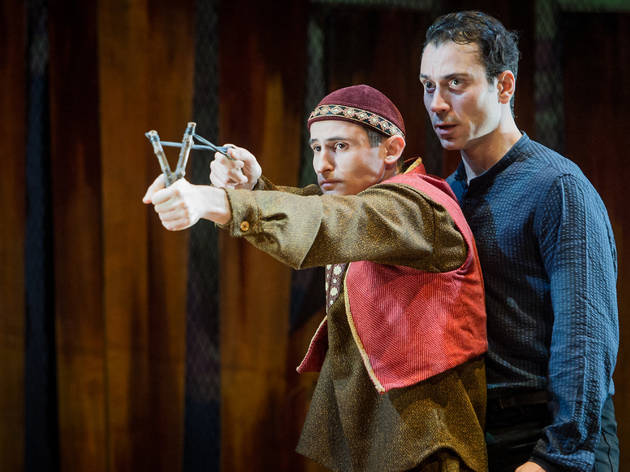 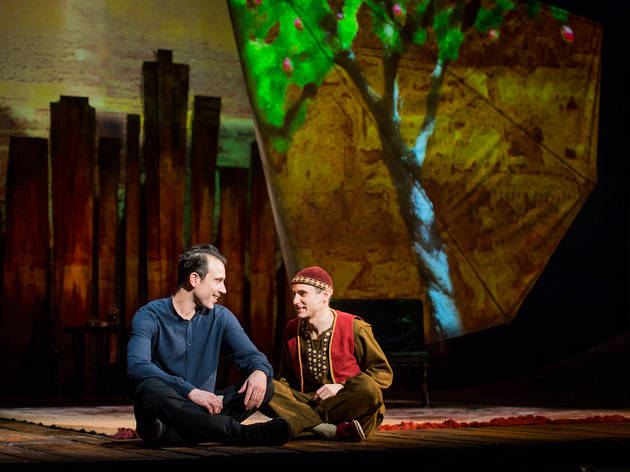 A moving, stripped down stage version of the modern classic novel

By the end of this stage adaptation of Khaled Hosseini’s bestselling novel, half the audience was crying, ovating and no doubt crying while ovating. I wasn’t quite so wowed by what is really more an efficient and emotional piece of storytelling than a great play per se. But I certainly felt a little twitch in my tear ducts.

If you missed either the 2003 book or 2007 film: Amir (Ben Turner) is an Afghan American living in San Francisco, haunted by his past. Acting as narrator, he recalls growing up in ’70s Kabul as the shy scion of a wealthy Pashtun family, and dwells on his constant companion Hassan (Andrei Costin), his Hazara servant. Deeply ingrained class prejudice means Amir never really considers Hassan his friend – certainly not his equal. But fully grown men Turner and Costin do a fine job of conveying the pair’s sweet, innocent sort of love for each other, which bears its greatest fruit when they win one of Kabul’s notoriously competitive kite tournaments. But in its aftermath Hassan is brutally assaulted by local bully Assef (Nicholas Karimi); Amir’s guilt at not intervening bears poisonous fruit that leads to Hassan’s departure; by the time Amir and his overbearing father flee the Russian invasion, the boys are long separated.

A lot more stuff than that happens: US playwright Matthew Spangler’s unflashy adaptation does a fine job of getting it all out there in two-and-a-half hours. And director Giles Croft’s crisp production is almost thrillerishly paced, but also agreeably stripped back and restrained, its only real ornament the constant presence of tabla player Hanif Khan. If this was the National Theatre or wherever I can’t help but feel we’d be expecting a bit more from it as a play – this is no-frills stuff. But it works. And in this year of all years, it’s great to see a compassionate story about asylum seekers from the Middle East on our stage, and with a great BAME cast to boot.