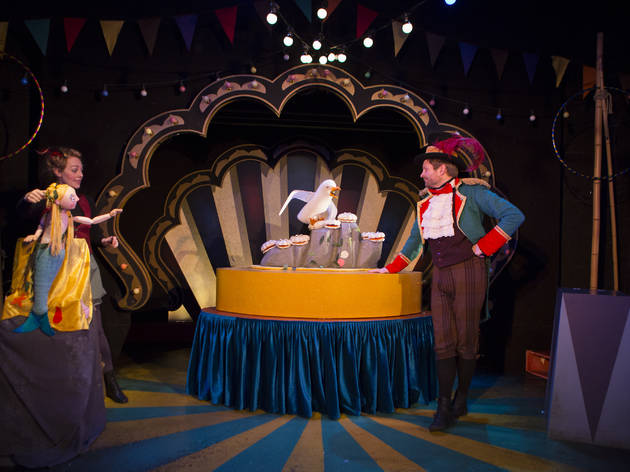 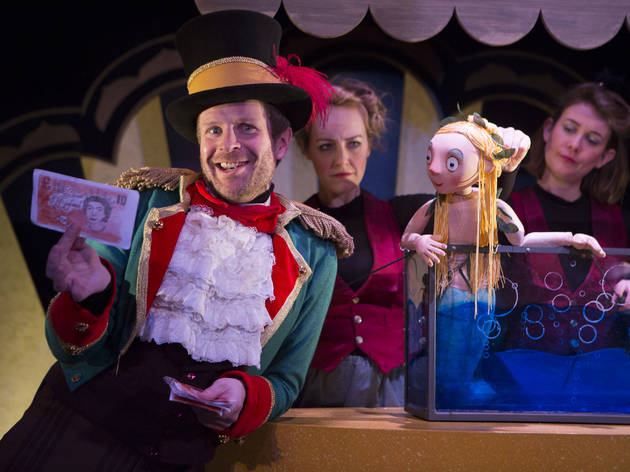 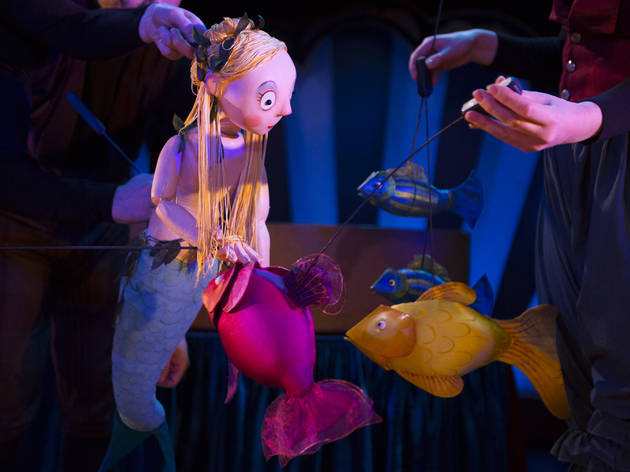 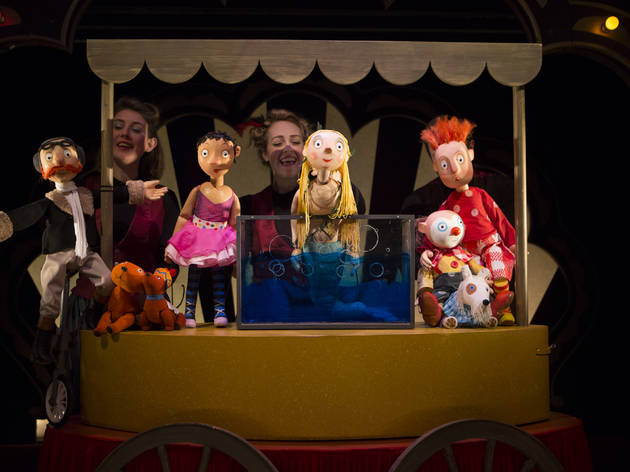 'The Singing Mermaid' is on Southbank Centre as part of Imagine Children's Festival in February 2019. This review is from 2018.

Stage adaptations of the works of prodigiously popular picture book author Julia Donaldson – she of ‘The Gruffalo’ – are common. But there’s often a problem: Donaldson’s tight, percussive verse is a treat at bedtime, but is over in a few minutes. That inevitably means stage versions are frequently padded to death with songs and schtick.

Samantha Lane and Barb Jungr’s puppet adaptation from 2012, ‘The Singing Mermaid’, goes down the song route by default (the clue is in the title). But what Lane’s production loses in terms of the rhythm, it more than makes up for in visual invention, bringing the world illustrated by Lydia Monks to gloriously barmy life. Lyndie Wright’s puppets are both lovely and numerous as we’re regaled with the account of the titular fish lady, lured from her comfortable oceanic life to becoming the star attraction in the sideshow circus of disreputable huckster Sam Sly. The most virtuosic sequence is a seemingly endless series of faintly inept circus acts, all amusing, including a posh tightrope walker, a pair of nervous dogs, and a shock-haired pyromaniac. They’re all beautifully embodied by actor-puppeteers Phil Yarrow, Samantha Sutherland and Lizzie Wort, who effortlessly trade roles and multitask their way through a gentle – but never scary – parable about the ills of greed and the joys of friendship.

And the spiky, funny, genre-hopping songs by cabaret artist Jungr are far from the platitudinous filler one tends to get in West End adaptations.

It’s a lovely piece of theatre that’ll leave its target audience (ages three-to-eight) in a trance, while possessing enough loopy visual brio to ensure attendant adults have a swimming time too.