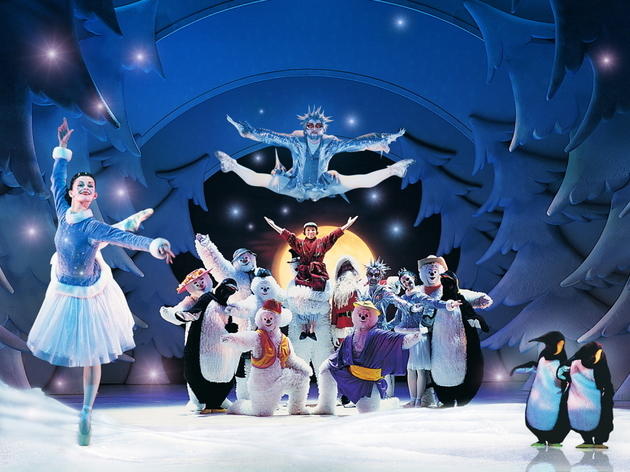 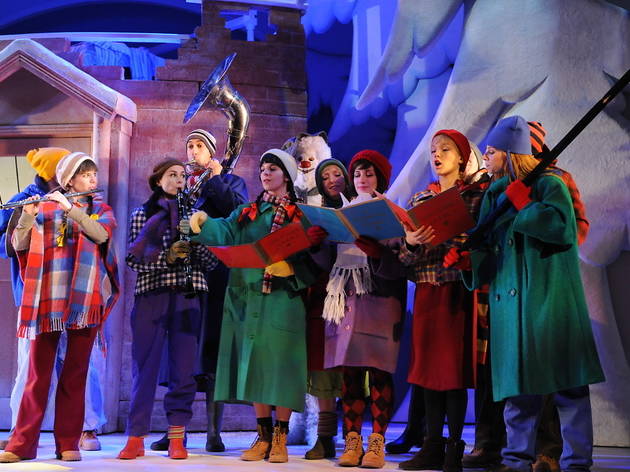 A gorgeous festive ballet for families, based on Raymond Briggs' story

It may seem perverse to put the words 'snowman' and 'genius' into the same sentence, but the inspired range of delights in this dance adaptation of Raymond Briggs's book deserves no less an accolade.

For a two year old the pleasure lies in everything from seeing a coconut, banana and a pineapple perform a limbo dance to the playful flicking on and off a light switch; for a five year old the fascination lurks in the conflict between Jack Frost and the irrepressibly jolly Father Christmas; while for the adults the enjoyment of the show will come from the beautifully performed dance routines and the orchestra's alternately lively and moving evocation of the iconic score.

True, there are aspects of this traditional-as-mince-pies show that are starting to look a little dated: the mother and father scenes seem increasingly 1950s, and some of the attempts at humour creak as much as an obese Santa Claus climbing some wooden stairs.

Yet the love and precision with which the Birmingham Repertory Theatre's production is put together reinforces its deserved status as a classic, and at the point when the boy and the snowman take off to fly above the stage everyone (with, it must be confessed, the exception of my two-year-old son, who was busy pretending to receive an executive call on his fibre-optic torch) is enchanted.