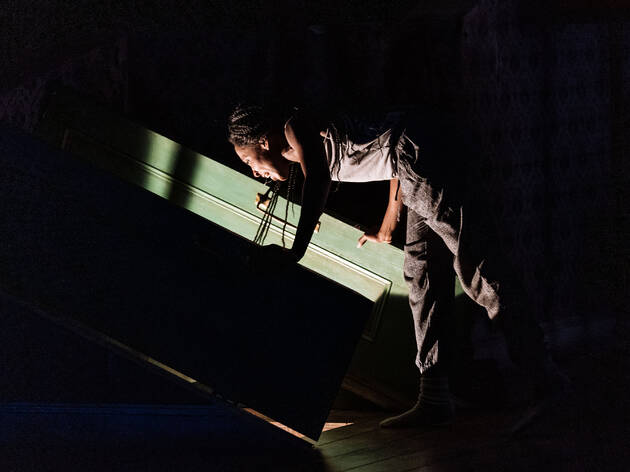 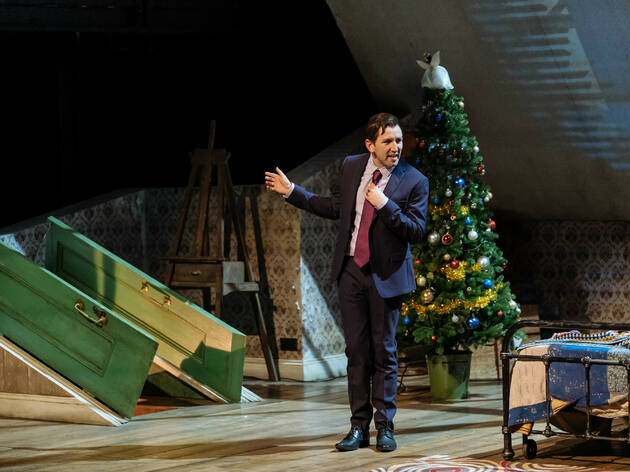 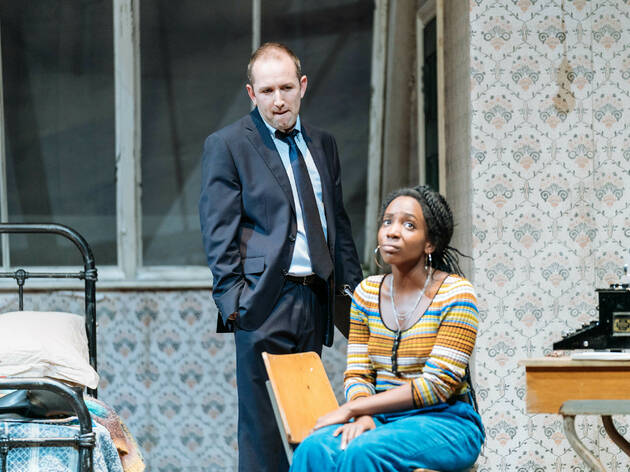 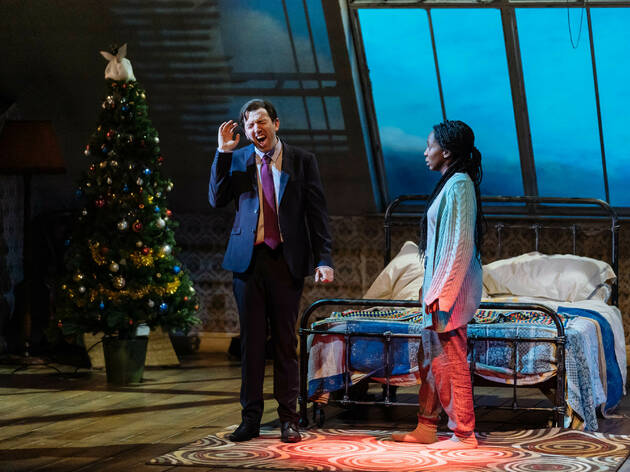 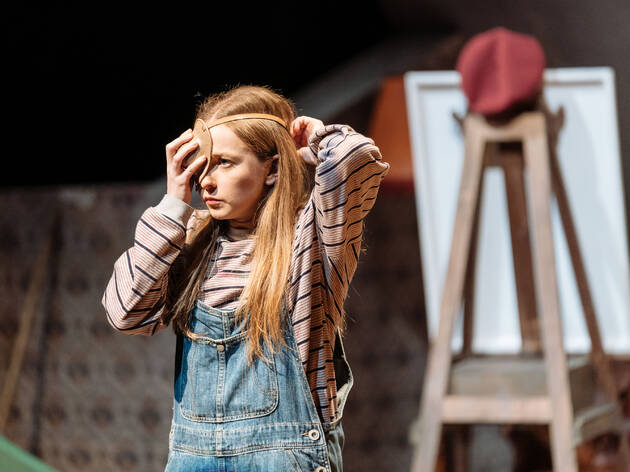 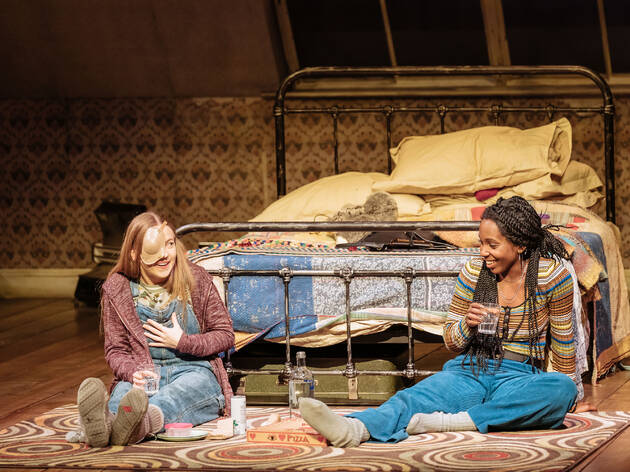 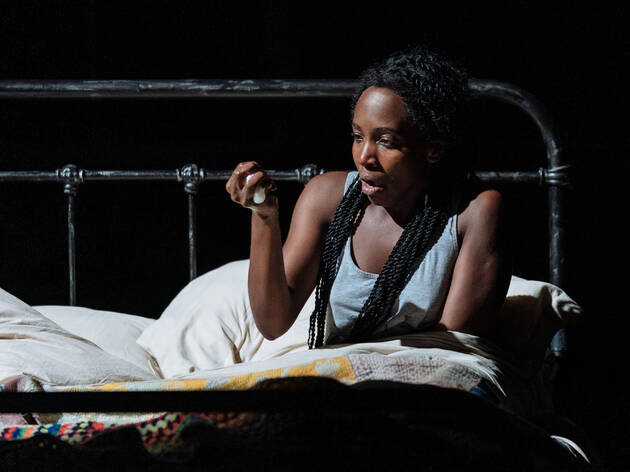 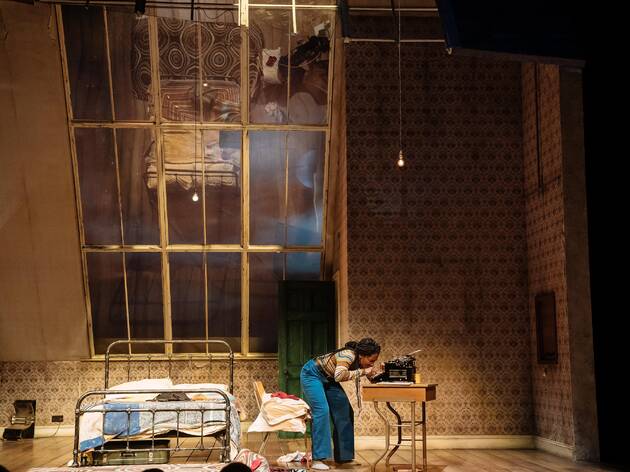 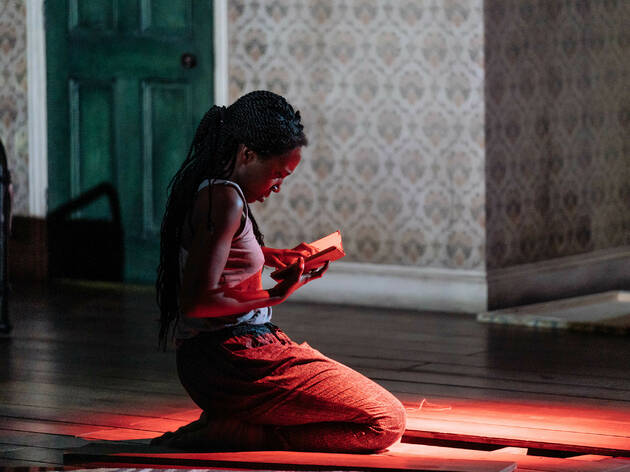 ’The Tell-Tale Heart’ is gross. Like, really gross. Like we’re talking hacked-limbs, ruptured-organs gross. I am trying to eat my breakfast while writing this review, and it is proving a bit ‘challenging’, is how gross it is.

A tree features prominently, and it’s the creation of arch surrealist Anthony Neilson, a man who seems to genuinely love making really weird seasonally themed work (‘The Night Before Christmas’, ‘Get Santa!’). And provided you have a broad mind and a stomach of steel and that you definitely DO NOT bring the kids it’s probably the funnest show of the season.

‘The Tell-Tale Heart’ is based on an Edgar Allan Poe short story, though it’s a verrrry free adaptation. The original is reprinted over just three pages of the show’s programme, and it is absolutely not about Celeste (Tamara Lawrance) a bisexual, coke-addled playwright who causes a scandal when she rejects a major theatre award live on stage, prompting her to run off to a Brighton garret to try and focus on her new play for the NT.

Both the Poe and Nielson versions are, however, about writers who are creeped out by their landlord’s funny eye. In Poe, the landlord is a nice old man, whereas here she’s a wildly eccentric young woman called Nora (Imogen Doel).

Although firmly rooted in the horror genre, ‘The Tell-Tale Heart’ is very, very funny. Doel is a brilliant comic actor who is surely going to be wrenched away from the theatre by some sitcom or other soon: she is fantastic as the monumentally naive Nora, who is both sweetly charming and almost totally lacking in any social skills whatsoever. Lawrance is the nominal straight woman, but her understated performance is also hugely enjoyable – beneath her chilled-out bohemian affectations, it’s apparent that she’s a self-centred woman-child, hoping she can snort her way through writer’s block. And her burgeoning friendship-slash-romance with Nora abruptly hits the skids when her pleas that the landlady stop wearing her eyepatch that conceals a mysterious ocular disfigurement are finally granted. The scenes with the two of them are interspersed with flash-forwards to David Carlyle’s amusingly hard-bitten detective, interrogating Celeste over Nora’s disappearance, the inference clearly being that she’s offed her.

The first half of ‘The Tell-Tale Heart’ is darkly, deliciously silly, but also fairly straightforward, with the play’s first real moment of out-and-out body horror only cropping up at the very end. The second half is completely nuts. It begins with another scene between Celeste and Carlyle’s cop. But this time he is, inexplicably, a simpering musical theatre lover with a dodgy toupée. And that is about the most normal thing about this total trip of a half, a hallucinatory odyssey of lunch-loosening special effects, vintage horror references and ad hominem eccentricity (huge credit should go to all of Nielson’s creative team, especially designer Francis O’Connor and video designer Andrzej Goulding).

It’s weird, nauseating and extremely fun. Arguably it gets a bit carried away with itself: ‘The Tell-Tale Heart’ spends most of its last half hour acting like it’s about to end and then refusing to, rebounding each time you think it might have finished with a new, madder scene. It’s all feverishly enjoyable. But an actual important final twist feels a bit tossed away, buried under an avalanche of mutant red herrings.

Still, a little self-indulgence is fine at this time of the year. In his own twisted way, Neilson has once again shown himself to be our greatest Christmas playwright.