‘The Tragedy of King Richard the Second’ review 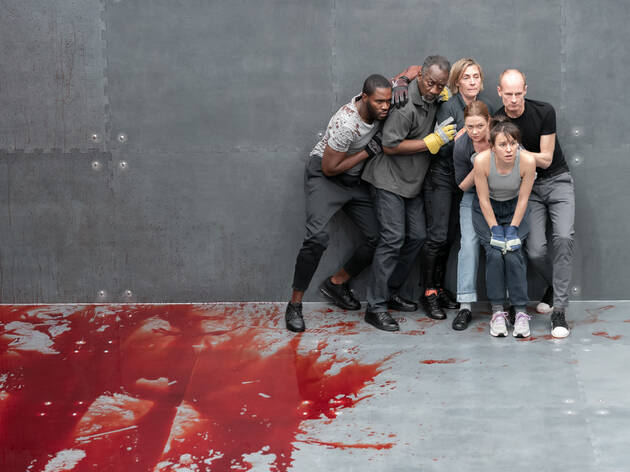 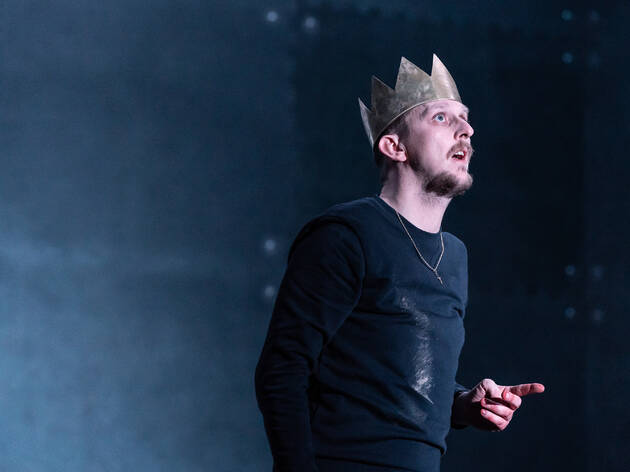 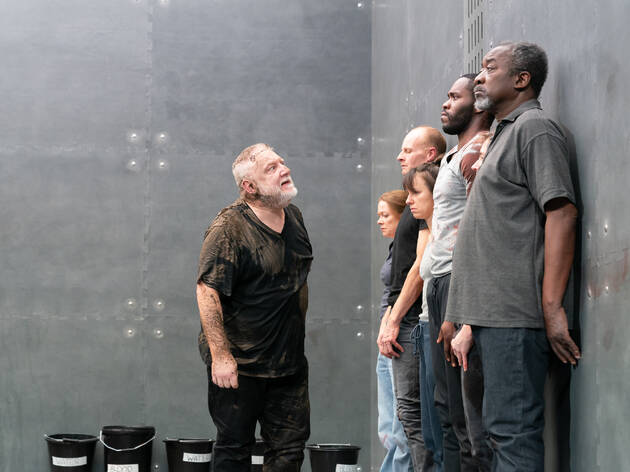 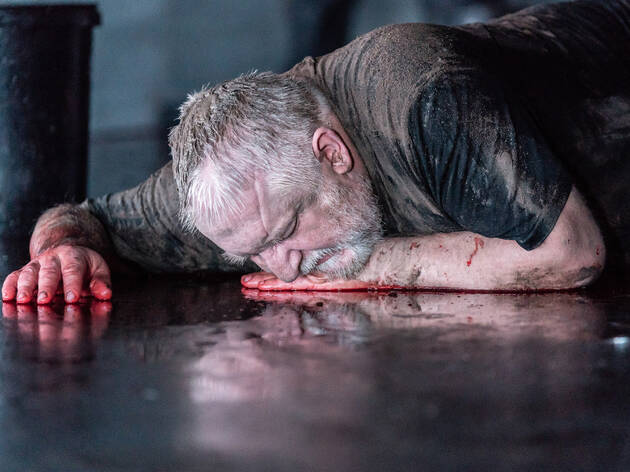 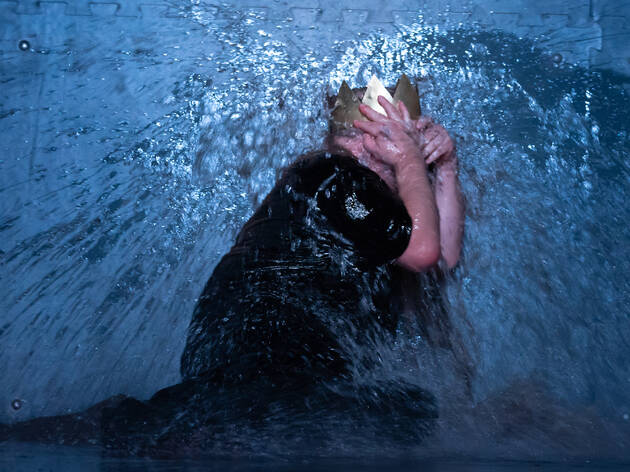 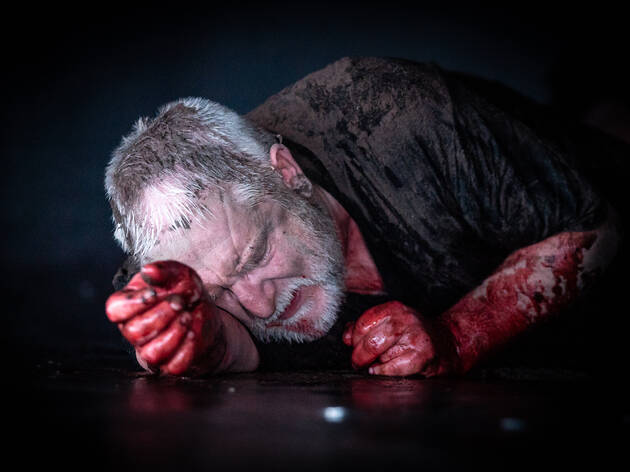 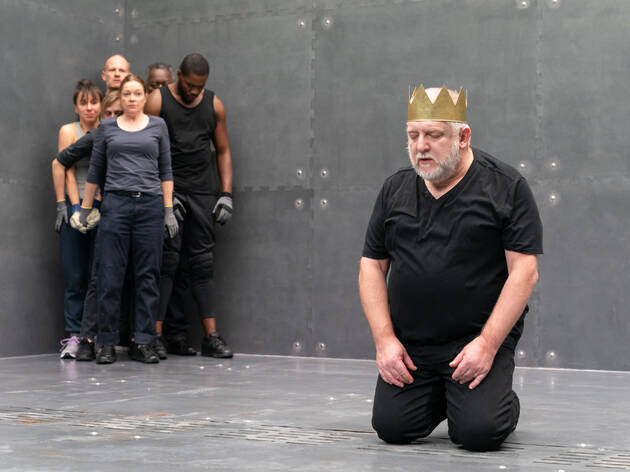 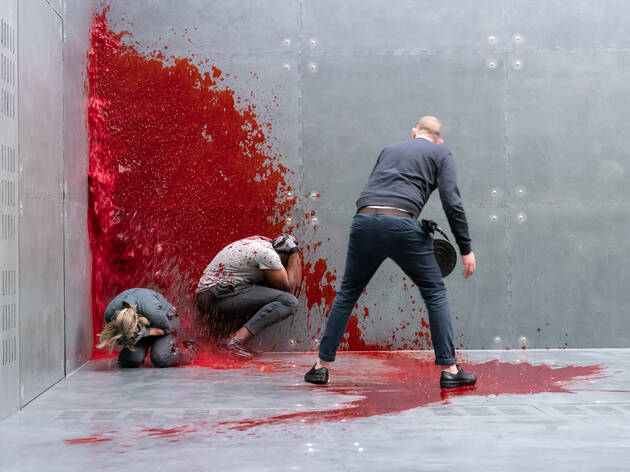 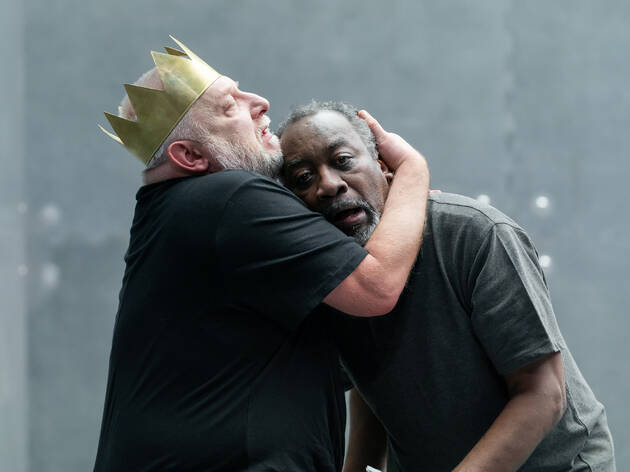 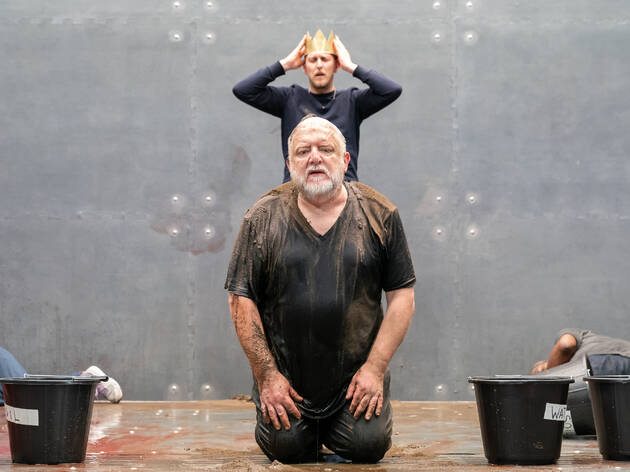 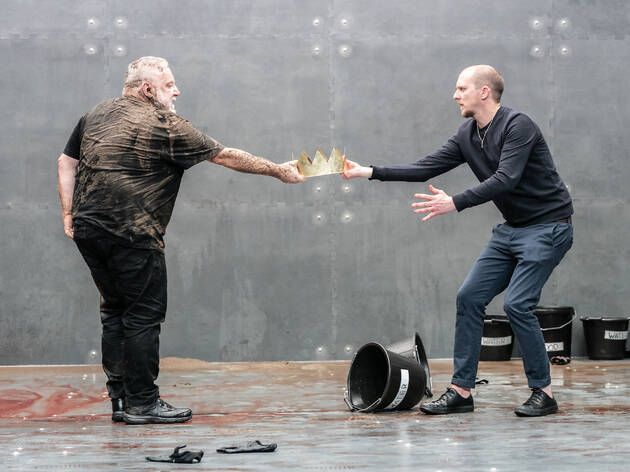 For me, the second worst outcome of Boris Johnson’s return to frontline politics is that he never got to finish – probably even start – ‘Shakespeare: The Riddle of Genius’, his book about the Bard, originally due two years ago, which I was quite looking forward to taking the piss out of. If it ever does emerge, though, I suspect he might be quite possibly the only chronicler of our national playwright who’d shy away from a parallel between the helter-skelter politics of ‘Richard II’ and Brexit Britain.

Joe Hill-Gibbins’s brisk, sardonic, gore-spattered take on the play – which opts for the formal full name – doesn’t fanny around trying to lampoon current UK politicians. Indeed, a programme note aside, there’s no explicit confirmation that Britain’s ongoing omnishambles was in anyone’s minds.

But let’s get real here: ’The Tragedy of King Richard the Second’ is a depiction of a rudderless England in complete and utter chaos, and Hill-Gibbins’s drolly avant-garde staging and copious cuts only serve to lob petrol on the flames of allegory. ‘That England, that was wont to conquer other, hath made a shameful conquest of itself’ comments John of Gaunt, at one point, and I think anything more would frankly be a touch on-the-nose.

Simon Russell Beale’s Richard is the beatifically complacent ruler, whose extreme misjudgement of the best way to deal with his feuding nobles results in him losing his crown in pretty short order (he’s been deposed by the hour-mark).

Leo Bill is Bolingbroke, who replaces Richard almost by default, then finds himself increasingly horrified as he struggles to hold the various lunatics under his rule in something like order. In a brilliant performance, he looks increasingly on the verge of losing his lunch as his various underlings hurl themselves into baffling feuds. In the most audaciously comic scene in Hill-Gibbins’s production, the entire rest of the cast lob their gauntlets down at each other in a byzantine series of petty challenges, while Bolingbroke clutches his head in numb disbelief.

Cramming this run in between the London and Broadway runs for the NT’s weighty ‘The Lehman Trilogy’, Russell Beale – dressed in ill-fitting black T-shirt and gold paper crown – has a slightly demob-happy vibe to him. This most elegant of performers makes the most of the wilfully stilted body language and breakneck verse speaking. And he’s certainly very game for a production that calls for him to be doused in dirt and fluids, kept at the back of Ultz’s austere set in helpfully labelled buckets. But he is also one of our greatest Shakespeareans: the agonising moment of late introspection shown in the ‘I wasted time’ speech is possibly the only bit that doesn’t work within the context of our current politics.

Sheared to an hour and 40 minutes, Hill-Gibbins’s production wilfully hacks out about an hour of cushioning exposition and characterisation, leaving it a roiling sea of incident, underpinned by Peter Rice’s jarring sound design. Occasionally it seems to be both deliberately taking the piss out of some of the play, while simultaneously pointing to it as visionary, which is really quite some balancing act.

Newcomers to ‘Richard II’ may be a little thrown by the fact all the roles bar Richard and Bolingbroke are played by the remaining six members of the cast, with no attempts at visual or vocal change, meaning it’s often difficult to determine who is who at any given time. That’s pretty much the point, though – chaos is the only thing that rules in this hilarious, bleak, exasperatingly familiar England.