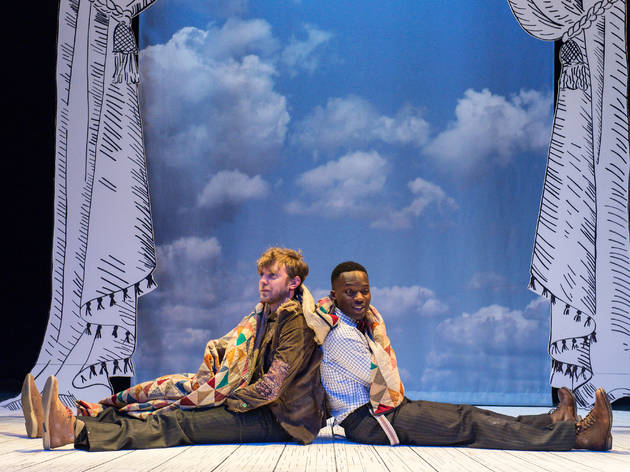 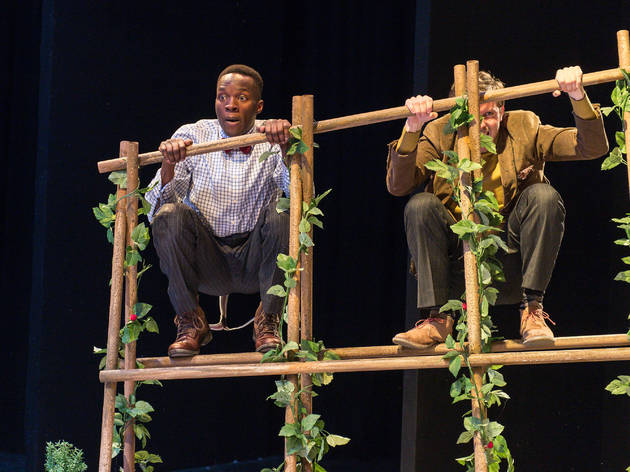 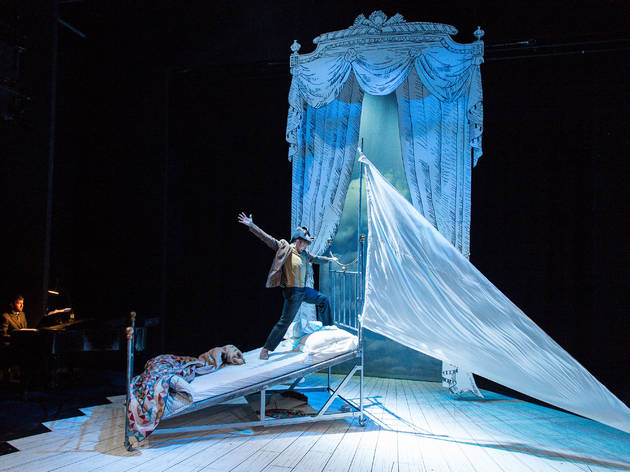 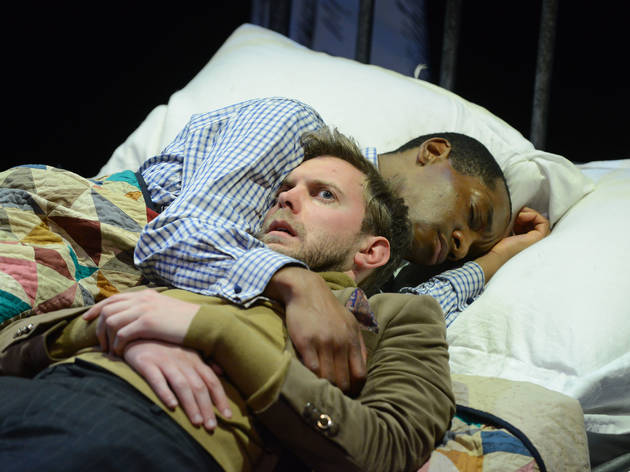 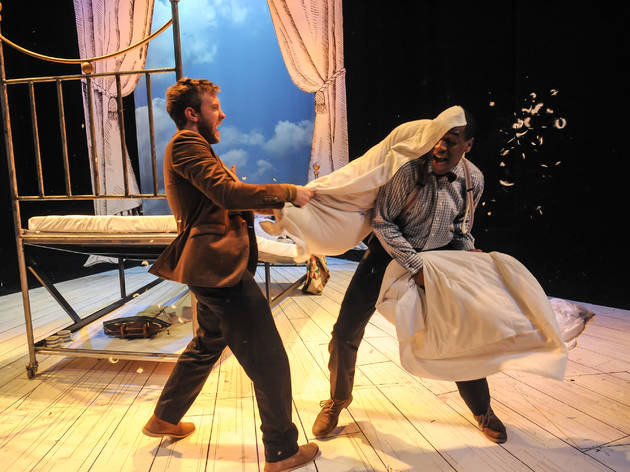 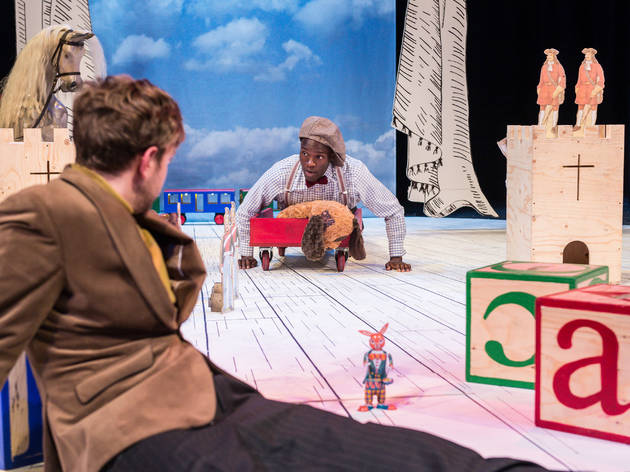 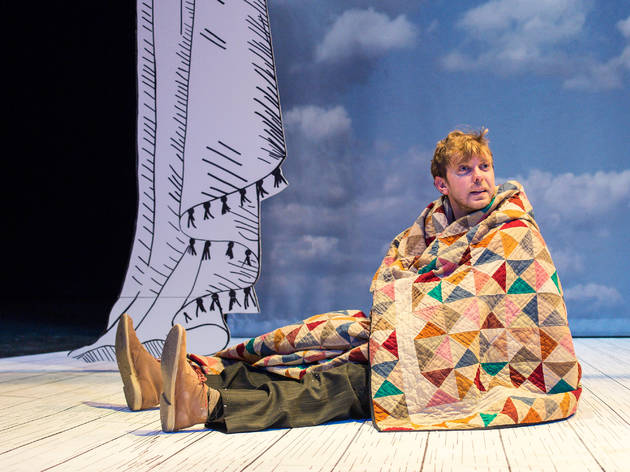 The Velveteen Rabbit is back for Christmas 2017. This review is from the 2015 run.

Christian Roe puts on a soft brown blazer, traces his hand over imaginary whiskers and ears, and so becomes the Velveteen Rabbit of Margery Williams’ 1922 novel, a stuffed toy hoping to earn his owner’s love in order to become real.

But that’s it. He doesn’t act rabbit. He just is rabbit – and from that moment on, we accept him as such. There’s no overbite, no nose-wrinkling, no mimed hands-behind-head ears and no sitting on his haunches. Occasionally, he raises his eyebrows in an ever-so-slightly rabbity way, but mostly Roe just stands there, looking out at us and blinking. And we see the Velveteen Rabbit.

Only we don’t, of course. Not really. What we really see is Roe: a harmless, handsome young man in a brown velvet blazer.

That’s the genius of Purni Morell’s staging for everyone aged four and over: its fiction is gossamer thin, even see-through. Yes, we’re watching Williams’s story of a boy and his favourite toy on their myriad adventures, becoming increasingly inseparable from one another, even as the wear and tear takes its toll. (The blazer grows threadbare and raggedy. It bursts at the seams.) But we’re also watching something else, possibly without fully realising it: two young men on their myriad adventures, growing increasingly inseparable.

Even leaving aside the bravura of its extended metaphor, this is a gorgeous slip of a show by anyone’s standards. It’s crafted with real care and precision, with James Button’s design both matter-of-fact and melt-in-the-mouth, and it’s played with the lightest of touches. Anthony Weigh is a genial and gentle narrator, while Roe is simply superb and superbly simple – so wholly disarming he could probably bring about world peace all by himself. Who needs the Easter Bunny?