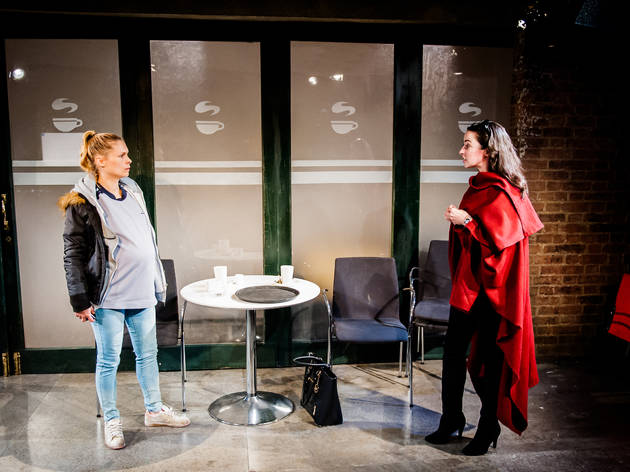 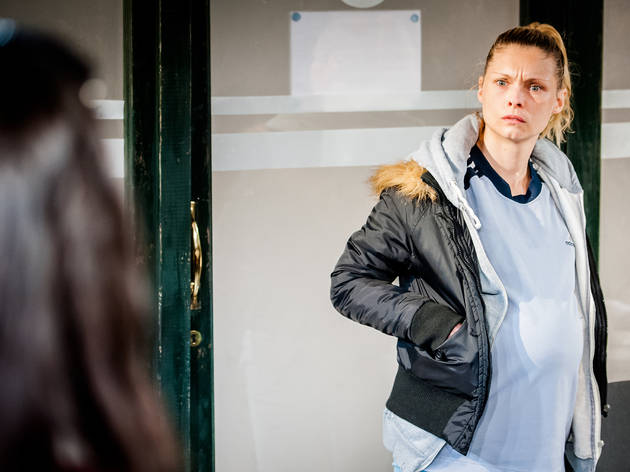 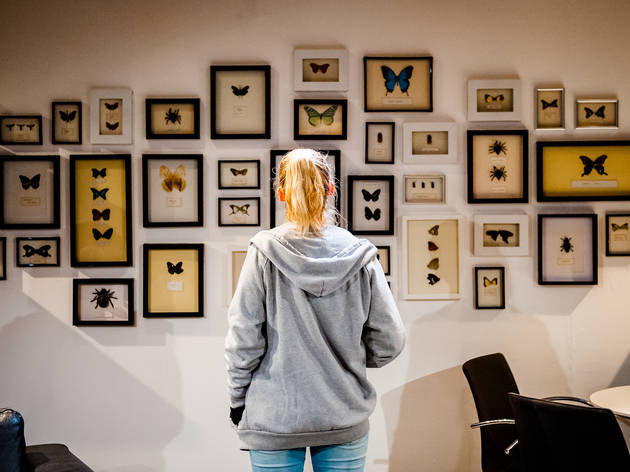 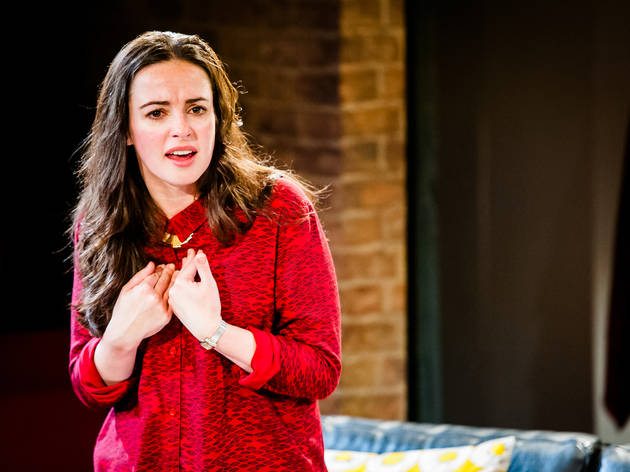 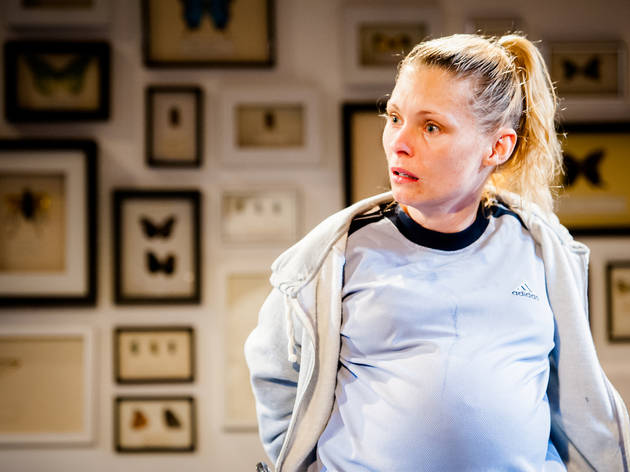 'The Wasp', where is thy sting?

Having starred in ‘Ripper Street’ and ‘The Fall’ respectively, MyAnna Buring and Laura Donnelly know a thing or two about bloody revenge. Morgan Lloyd Malcolm’s new play, transferring from Hampstead Downstairs, casts them as two old school friends whose lives have spiralled off in wildly different directions but who share dark memories from their youth. It’s a sharply observed thriller held together by two fierce performances – but the sting in this tale isn’t as sharp as it might be.

Donnelly plays Heather, an affluent young woman with sharp cheekbones, sparkling jewellery, a sweeping pashmina and an air of Audrey Hepburn. Her old school-friend Carla (Buring) hasn’t done nearly as well for herself and is all scruffy trainers, scraped hair and endless swirls of cigarette smoke. The two reunite in a dingy café, overlooked by a honeycomb lighting design in David Woodhead’s canny set. When Heather makes an extraordinary request of Carla, historic tensions and ugly memories rise to the surface – and rip right through it.

Tom Attenborough has teased out a crackling chemistry between Buring and Donnelly which actually burns brightest in the earlier, more low-key scenes. Malcolm is a shrewd observer of social mores and it’s great fun to watch the coolly civil Heather spar warily with the bruising, bullish Carla.

But as the tension deepens and the stakes get higher, Malcolm’s ‘Wasp’ begins to lose its buzz, its message becoming confused as it seems simultaneously to question and reinforce social prejudices. When the final blow comes, it feels only skin deep.