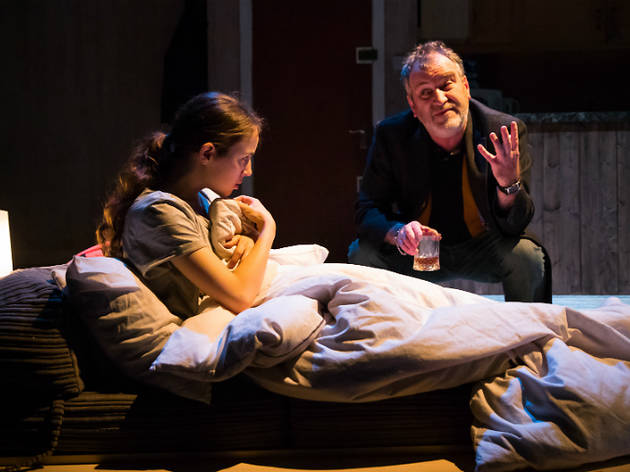 1/5
Photo: Piers FoleyNiamh James in 'The Weatherman' at Park Theatre 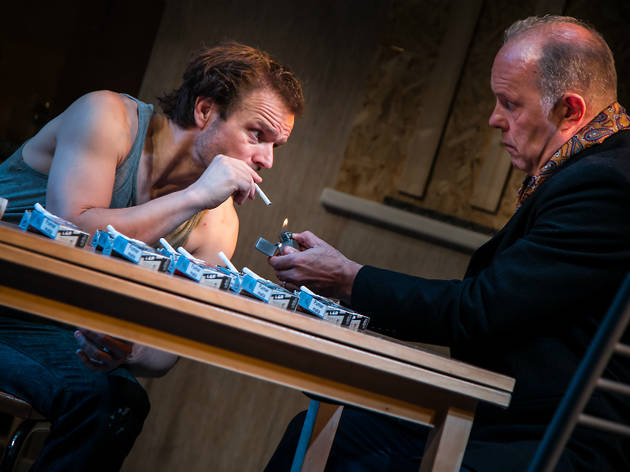 2/5
Photo: Piers FoleyAlec Newman and David Schaal in 'The Weatherman' at Park Theatre 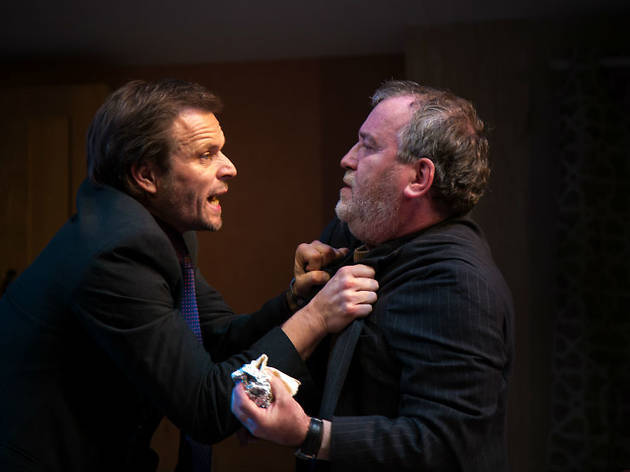 3/5
Photo: Piers FoleyAlec Newman and Mark Hadfield in 'The Weatherman' at Park Theatre 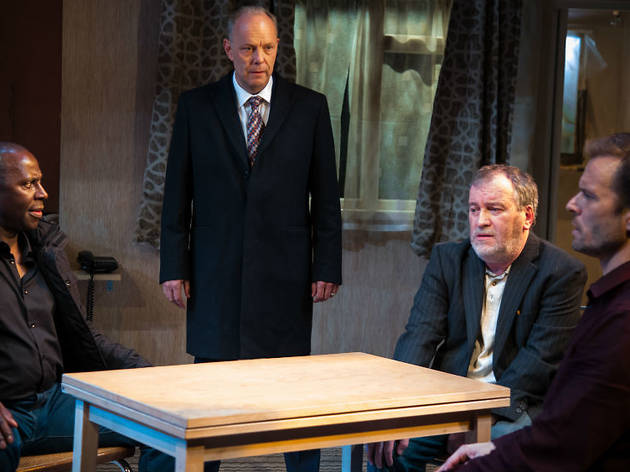 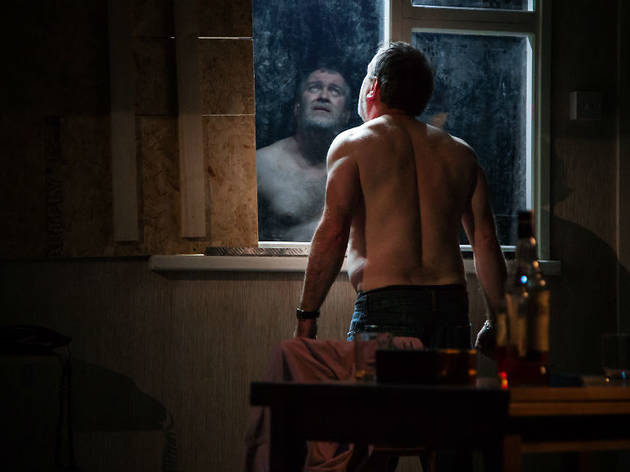 5/5
Photo: Piers FoleyMark Hadfield in 'The Weatherman' at Park Theatre

Beezer and O’Rourke have to take care of a package. In return, they’ll get six months free rent from the landlord and a regular couple of hundred quid in cash. The only catch is that the ‘package’ isn’t a package: it’s a trafficked Romanian 12-year-old.

Eugene O’Hare’s play combines this serious plot about child slavery, forced sex work and coercion with a much more light-hearted odd couple set-up. Mark Hadfield’s Beezer is a hyper-tense guy who likes to try on his Christmas outfits in October despite, you suspect, having nowhere to go for the festive period other than the dingy, dog-eared flat he’s in right now. His flatmate is Alec Newman’s heavy-drinking O’Rourke, a dozy older man given to reciting tomorrow’s weather forecast using the same words as the news broadcast.

This is O’Hare’s debut full-length play but the Park Theatre are obviously quite taken with the writer because they’re showing another of his new works, ‘Sydney & The Old Girl’ (also starring Mark Hadfield) at the end of October.

The standout performance comes from Niamh James as the abused teenager, Mara. She brings an impressive amount of nuance to a role written with zero lines. Instead, her absolute silence becomes the most haunting thing on stage.

Alice Hamilton’s production captures the creepiness of how Mara is treated, not just in the most overtly horrific moments, but when the men sort-of attempt to be nice to her, off-loading their worries to her late at night or buying her plasticky children’s toys (while also sending her off to be sleazily photographed). It’s let down by some disjointed bits of writing when the cockney geezer chat veers into cliché or the studied strangeness of the set-up doesn’t quite ring true.

Overall, there are some good clear periods of mild to warm temperature with haze and fog passing through. Rising humidity and the threat of thunderstorms suggested early on give way to the damp and persistent drizzle of debt, depression and destitution.