Following his smash hit ‘Matilda’, comedy genius Tim Minchin tells us all about his new musical version of ‘Groundhog Day’ and what it’s like living in three continents

‘Bill Murray, Andie MacDowell… they mean nothing to me, nothing to me at all,’ cackles the man adapting Harold Ramis’s classic comedy ‘Groundhog Day’ into a musical.

If this man was, say, Andrew Lloyd Webber, rest assured that I’d have done the honourable thing and punched his lights out. After all, Ramis’s 1993 film about Phil Connors, a grumpy weatherman who finds himself inexplicably doomed to repeat the same day over and over again, is an untouchable, stone-cold classic. Even MacDowell’s notoriously wooden performance as Rita, the colleague Phil must woo to escape this bizarre purgatory, is perfect. How can you have the temerity to bring it to the stage and not genuflect at the altar of Murray?

By being Tim Minchin, that’s how. The lovably gothy 40-year-old Aussie shot to fame as the foremost musical comedian of his generation with his hilariously provocative songs about sex, religion and societal ills. 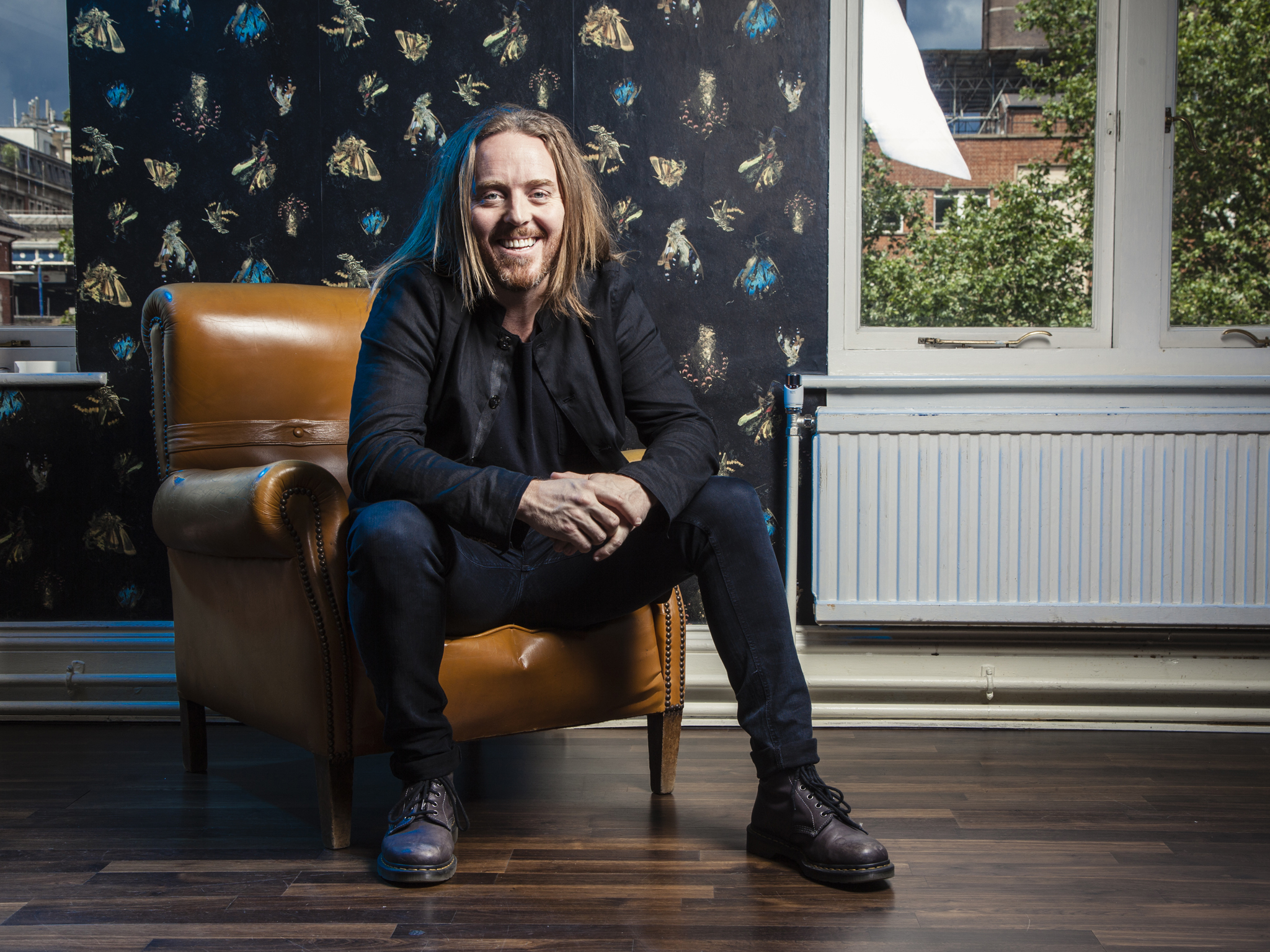 ‘When I know I'm right I don't mind being hated’

‘It’s a no-brainer to me because it screams theatre,’ Minchin enthuses. ‘It has this incredible Stoppardian, Beckettian megastructure: a man trapped in a narrative scenario that he doesn’t understand the parameters of. It’s a wonderful movie, but it’s not sacred to me. And you have to do the very important work of getting Bill Murray out of your head and never think of him again, because his version of Phil can’t be ours. Can you imagine that Phil singing?’

If you’re still suspicious: don’t be. It’s co-written by Danny Rubin, who wrote the screenplay. He’s much more of a keeper of the flame than Minchin but any suspicions that the two might not see eye-to-eye are allayed when Rubin briefly wanders in, engaging Minchin in an amusing anecdote that concludes with Minchin sagely declaring: ‘You only regret not hitting people.’ Advice we can all take on board.

So are you basically a guy who writes musicals now, Tim?

‘For me, comedy was a digression. I did three tours and that was it, getting to a place where I can do what I really do, which is make musical theatre and act. I love and miss touring and will be back but when I do I hope it’s not all, “Ooh, he’s been in the wilderness.” ’

‘It totally is. Not writing it. But there’s no doubt that if it doesn’t go pretty well it’ll be hard not to see it as a relative failure because of “Matilda”. If it’s not a hit on Broadway we’re fucked.’

Is ‘I Got You Babe’ still in there?

‘Absolutely not. No fuckin’ way, not in a million years. But the song he wakes up to you get sick of, don’t worry: [sings] “Who’s that emerging from his burrow?/Who can see today what we can’t see till tomorrow/Shaman of the shadows/Springer of the spring/Is it is a squirrel, is it a beaver?/Kind of both but not quite either.” It’s a novelty song that he hears again and again.’

Do you give us an explanation of why any of it is happening?

‘The movie never answers that question and neither do we.’

Do you have a theory?

‘I don’t, really. But I guess you have to think what does it mean metaphysically? Does everyone else wake up in the next day and he wakes up in a different parallel universe where he lives with a different version of those people who continue on into the future? Or are they repeating the day but they’re just unaware of it?’

Is it a show with a message?

‘I believe in the peace he finds and the lessons in it: that we won’t be happy until we stop over-aspiring. I mean the idea of just being content has huge ramifications in terms of capitalism, consumerism, expansionism and exceptionalism. [Laughs] “Mindfulness” is what I think they call it.’ 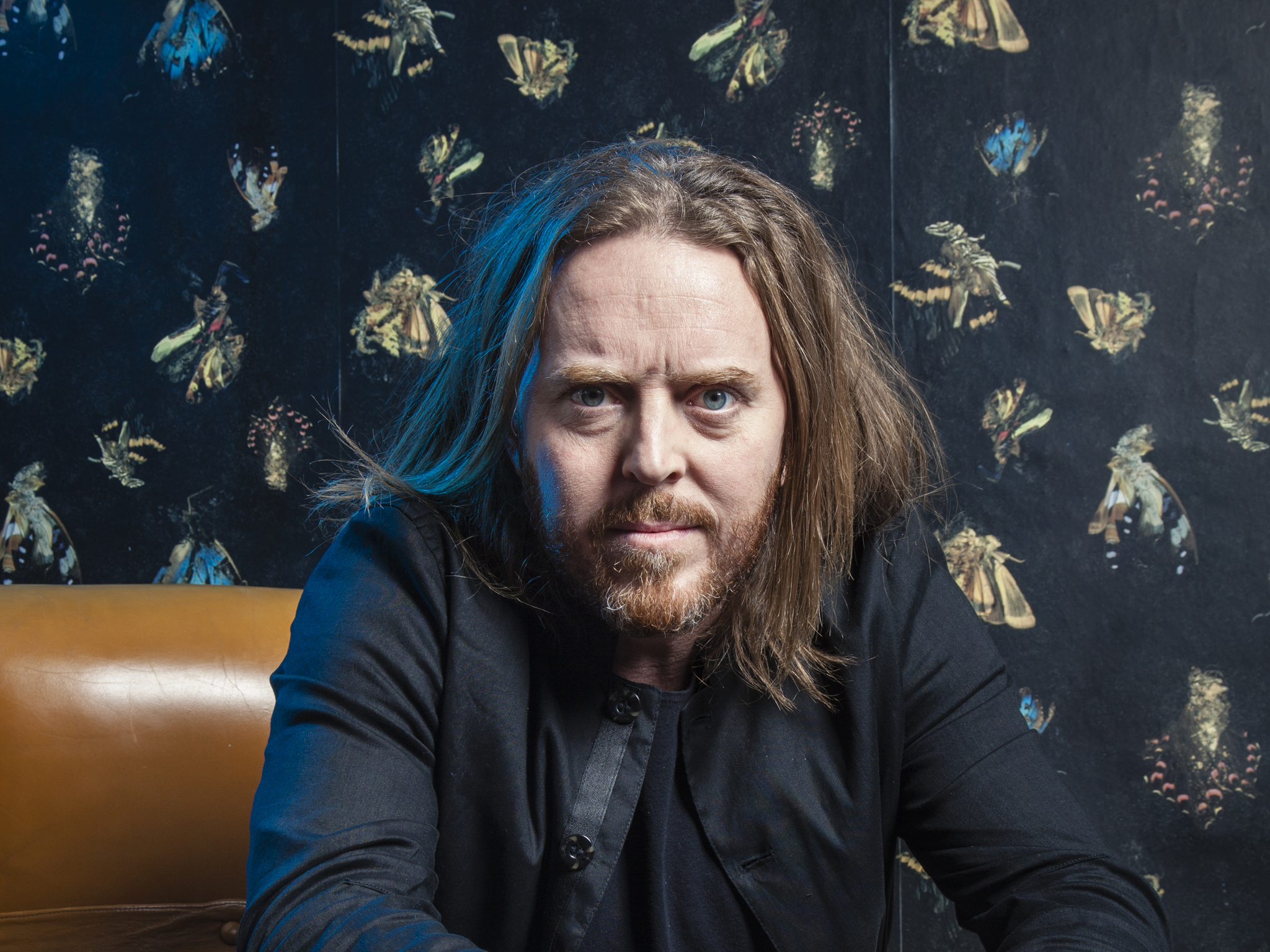 ‘I wish I’d written a “Brexiteer Is a Fuckhead” song’

I take it you’re not mad on the state of the world?

‘I was here for the Brexit thing: it was profoundly depressing. I kind of live on three continents and I keep flying into these awful things. I’m going to Australia next weekend where I’ll be flying right into this gay marriage plebiscite, which I find the very existence of obnoxiously insulting, the idea that we all get to vote on whether gay people get married – it’s none of your business, you conservative dick. It’s gross. You’re making yourselves look like what people think Australians really are. So I’ll be in that next weekend, I’ve just been in LA where people are shot and where my black friends feel different to my white friends, and then I’m here where I watch England cut its own fuckin’ balls off…’

You had a massive hit in Australia this year with the political song ‘Come Home (Cardinal Pell)’. Would you intervene in politics more?

‘You have to be careful not to let the fact you have an audience make you think you always have something to say. The timing was right, it made a lot of money for people that deserved it and got a lot of hate for me. Which is fine. When I know I’m right I don’t mind being hated. I never really took the idea of satire as activism seriously but I can’t not acknowledge what happened there. So I guess I wish I’d written a fuckin’ “Brexiteer Is a Fuckhead” song.’

'Groundhog Day' the musical is at the Old Vic until Saturday September 17 2016. 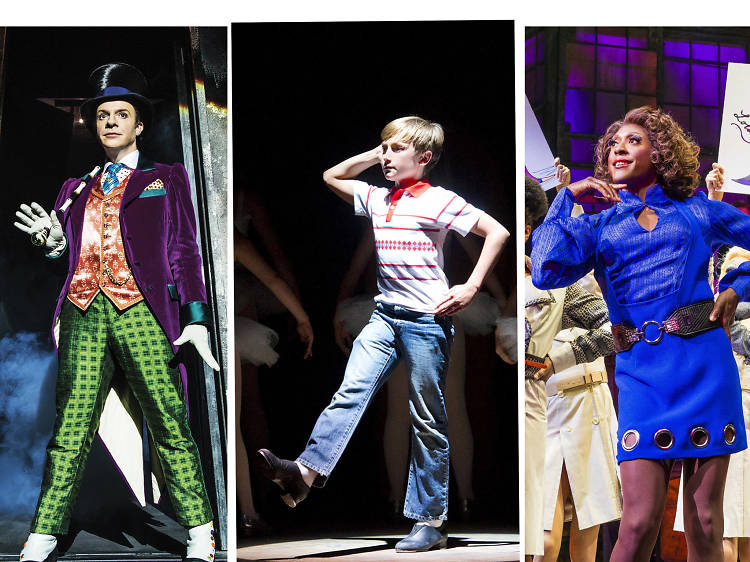 It had fantastic reviews when it opened – but is it still kicking after five cast changes? Time Out brings you news, up-to-date reviews and discounted tickets in its comprehensive guide to all musicals in London's West End and beyond: the best shows, the worst shows and the weirdest and most wonderful alternative choices.