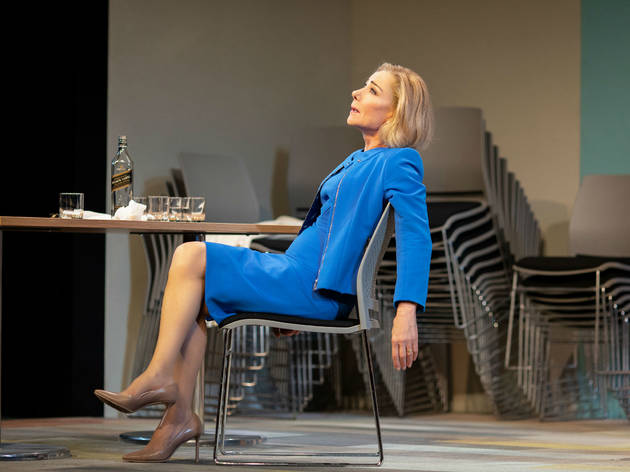 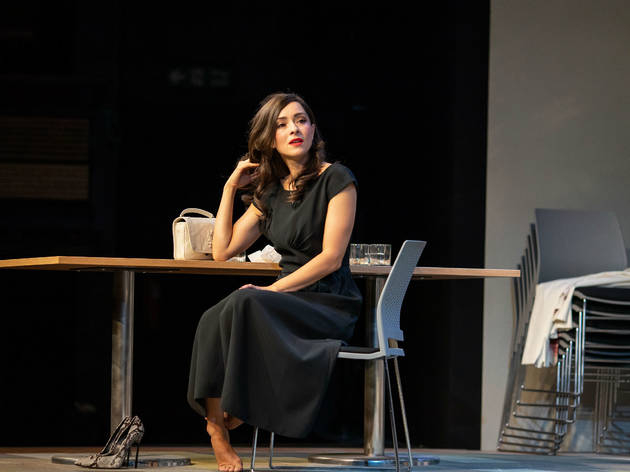 Flat drama imagining a meeting between the first ladies of France and the US, as played by Zoë Wanamaker and Zrinka Cvitešić

Nancy Harris was inspired to write this play after seeing images of Melania Trump and Brigitte Macron standing awkwardly near their husbands. ‘Two Ladies’ certainly cleaves close: the glamorous Sophia, our American First Lady, might be Croatian, and Helen, the French president’s wife, might be British – but they’re still recognisable portraits. Which I suppose lends a frisson, albeit a fairly cheap one.

The idea of dramatising such women, who are so close to power, and examining whether or not they wield it themselves, is fruitful. But if the first half is a static, talky piece, Harris’s play takes some unearned and unconvincing swerves that ultimately feel faintly ridiculous.

Zoë Wanamaker is always hugely watchable as Helen: sharp, a little tetchy, dryly sarcastic; Zrinka Cvitešić coolly inhabits the initially glassily closed off, and later fiery, Sophia. Their ping-ponging dialogue can be snappy (‘we’re just women with tiny handbags and big husbands’), and both do potent, detailed work with their big emotional speeches.

But Harris hampers them by limiting the action to real-time in a single room. The women make a dramatic entrance – Sophia’s sexy white suit covered in animal blood, thrown by a protester. They must hole up for safety in a bland conference centre room while their other halves potentially change the course of history. The American president wants support for military action, following terrorist attacks, which Helen believes her liberal husband will refuse.

At one point, Helen complains they’re just ‘two women in a room talking about men’. The problem is, that’s exactly what Harris’s play is. Their stuckness is not terribly dramatically fertile: Nicholas Hytner’s direction has them drift around, aimlessly, in stiletto heels. The revelations the women share – it turns out both have powerful reasons to resent the way men wield power over women – feel schematic, or pretty predictable.

If you think it’s unlikely Sophia would pour out her heart to a political rival, well, it does turn out her intentions are more manipulative, if not any more plausible. And ‘Two Ladies’ builds to a wildly extreme climax. I’d be quite up for a full-blown, madcap Melania revenge tragedy, but given the vibe for most of Hytner’s production is listless naturalism, the swerves don’t carry you. And are we meant to cheer their uprising – which ends up implicating a young female immigrant member of staff in a violent crime? What a win for intersectional feminism!

There’s also some pretty dicey tokenism in a brief, defensive speech given by the press officer about how, as a black woman from a poor neighbourhood, she’s proud of her job, even if it is for a Trump-like figure. You can almost feel the check-their-privilege checklist being ticked off – and then she leaves.

Hytner has previously been criticised for not directing plays by women. Perhaps I’m being uncharitable, but ‘Two Ladies’ left me feeling like he just grabbed at Harris’s play, without really working out what it has to say.