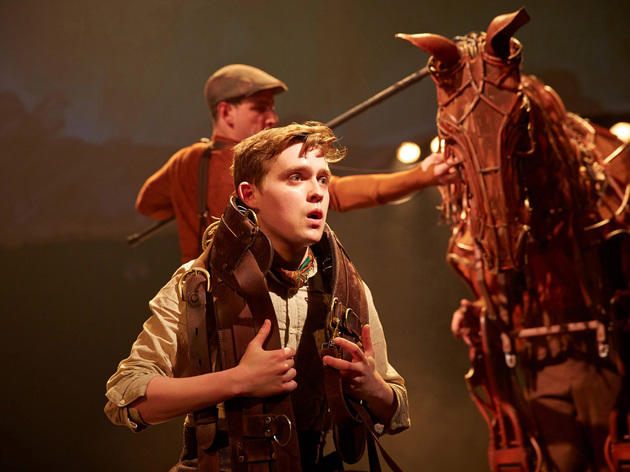 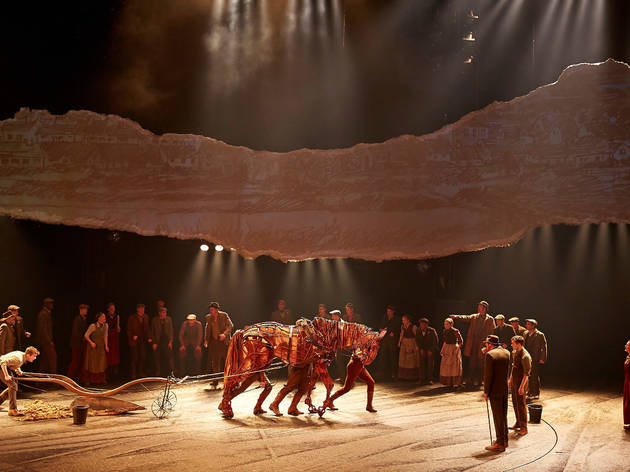 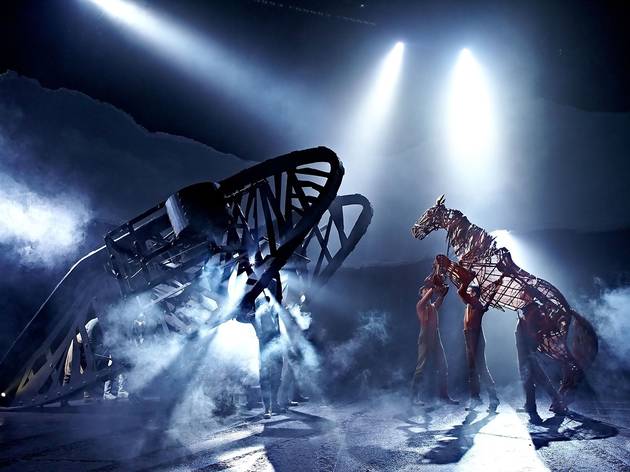 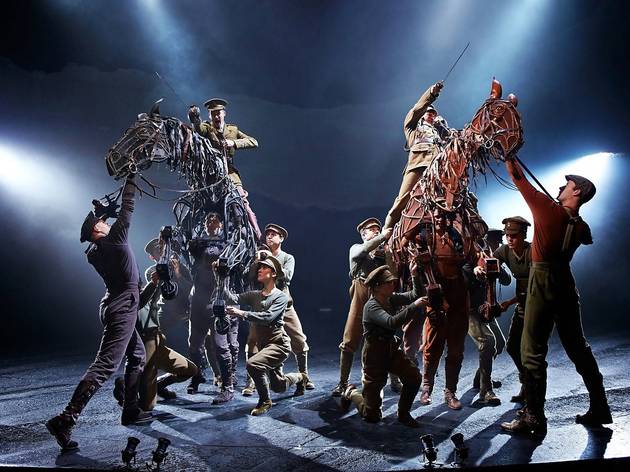 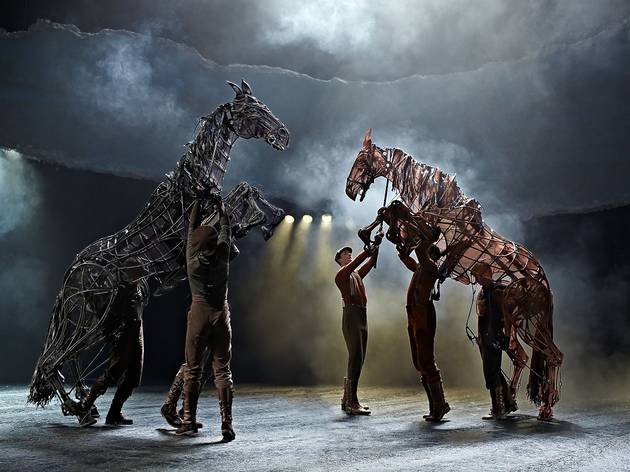 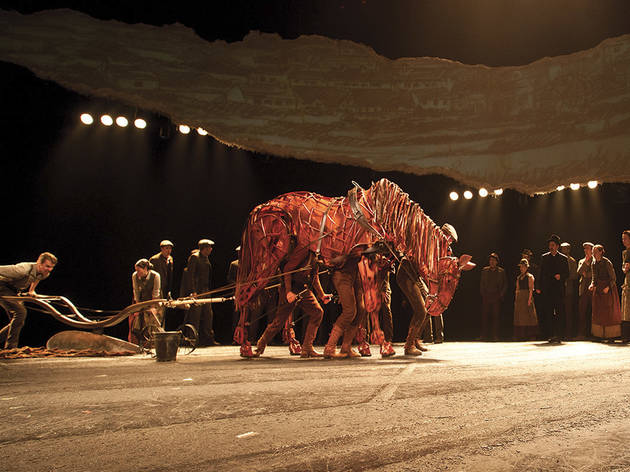 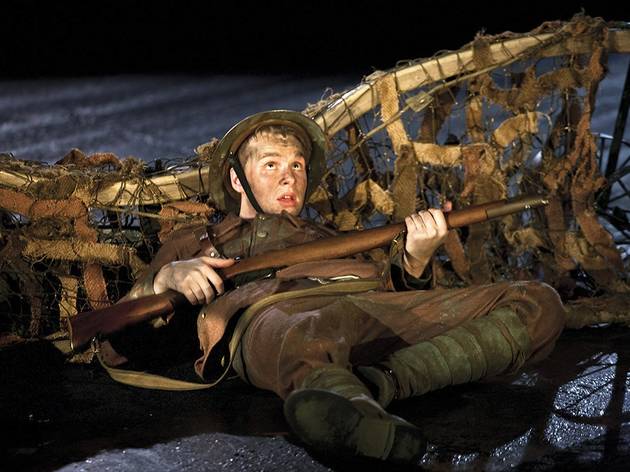 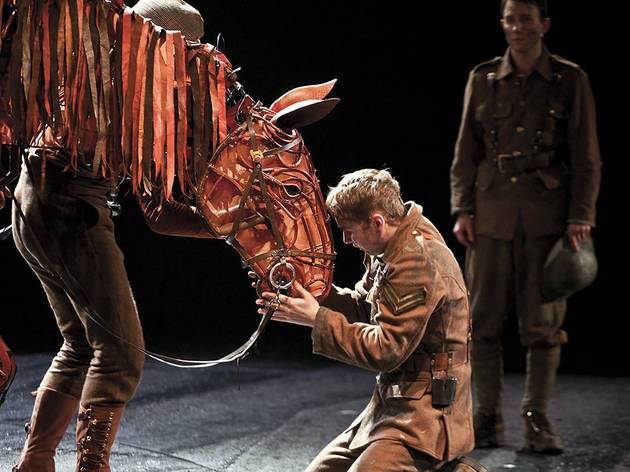 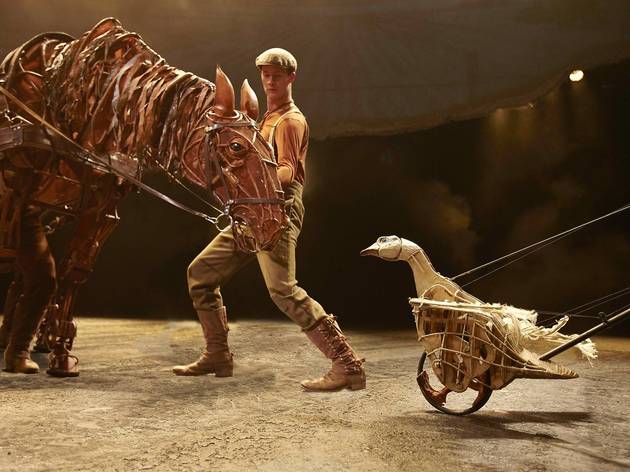 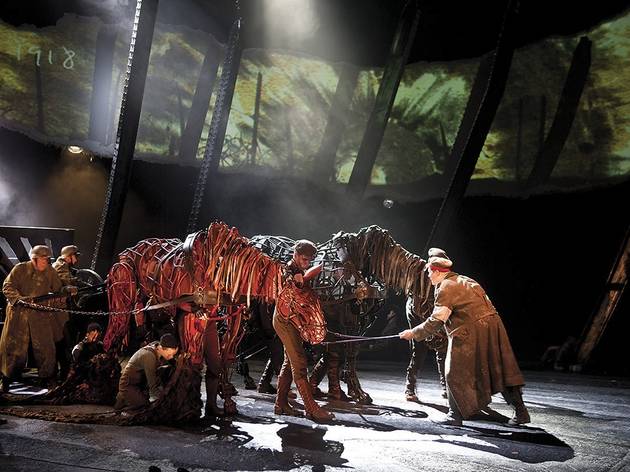 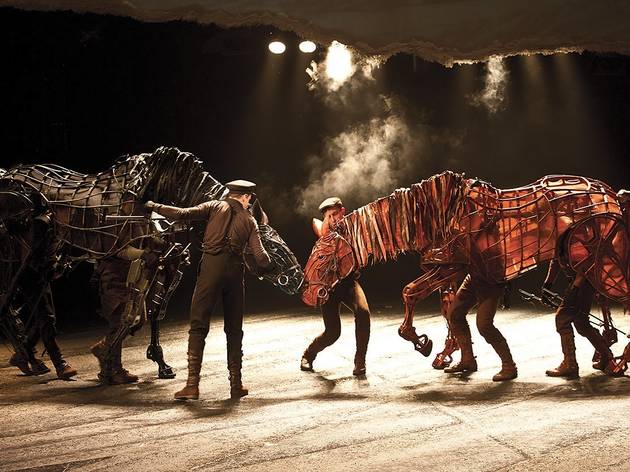 ‘War Horse’ will run at the Troubador Theatre Wembley Park in October 2019. This review is from 2012 and the show's now-ended West End run.

The National Theatre's 'War Horse' has become ubiquitous. The toast of the West End and Broadway, as I write this it's sold out at the New London Theatre for the next two months – by contrast, you can book to see 'Matilda' next week.

Its enormous success has negated the impact of Arts Council funding cuts on the NT, to the extent that the show has started to be singled out by some commentators as an example of 'safe' post-credit crunch programming.

And, of course, there's the Steven Spielberg film, a curious affair sparked by the director's genuine love of the play, in which he gives Michael Morpurgo's 1982 a lavish screen treatment that has everything bar the one thing that made the play so special in the first place.

That is, of course, Handspring's astonishing life-size puppets. Skeletally modernist in form but utterly, magically alive thanks to their talented army of puppeteers and Toby Sedgwick's phenomenal choreography, they are the true stars of Tom Morris and Marianne Elliott's production.

Without them, Morpurgo's tale of how Devon-dwelling teen Albert Narracott signed up to throw himself into the meat grinder of World War I – in order to track down his beloved horse Joey – would be a likeable, humane, slightly formulaic introduction to the catastrophe of the war. With them, it is something different entirely, a virtuoso spectacle that combines grit and charm in equal measure.

Joey is a multifaceted delight and the clumsy wheeled goose which shares his farm home is just enchanting. But in the war scenes the puppets take on another aspect entirely, ragged horses and – in an astonishing coup de theatre – an Allied battle tank spilling out into the stark, monochrome stage like something out of Picasso's 'Guernica'. The suggestion that this stylized, often pummelling spectacle was ever a surefire blockbuster is patently silly.

'War Horse' is not flawless. Morpurgo wrote a kids' book, not 'War and Peace' and there are moments of sentiment and contrivance in Nick Stafford's adaptation that are at odds with the austere sweep of the directors' vision. And, while the human actors are very solid for a West End long-runner, I was consistently aghast at Steve Nicolson's ludicrously hammy German-with-a-conscience Gefreiter Karl.

Yet these criticisms feel minor. Entrenched in the heart of Theatreland, 'War Horse' is thrillingly other: technically and visually singular and an oft-unflinching depiction of the futility and horror of conflict. It hasn't slimmed or dumbed down on its move to the West End, à la 'Les Mis'. And because the puppets are the leads, it will never be diminished by cast changes. It is not the greatest play of our time, but it could well be the best West End show.