Witness for the Prosecution review 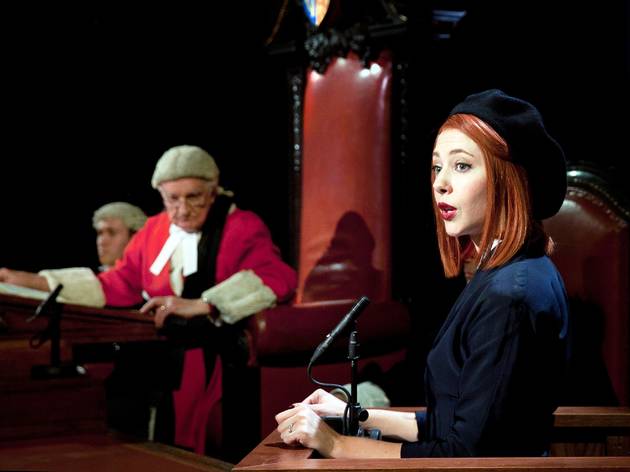 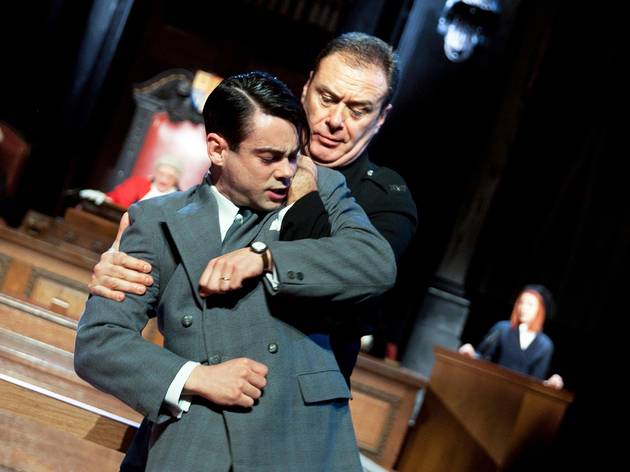 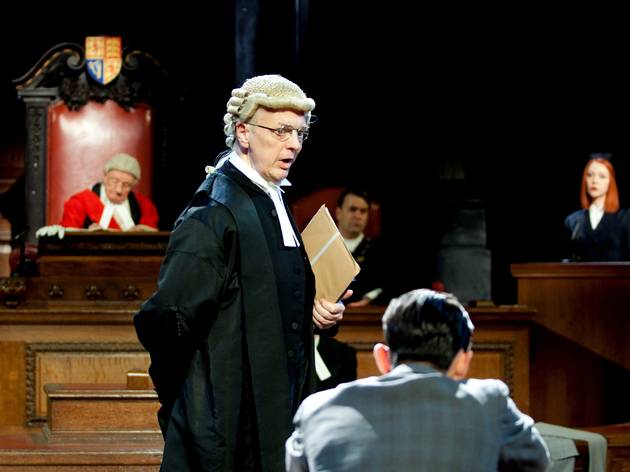 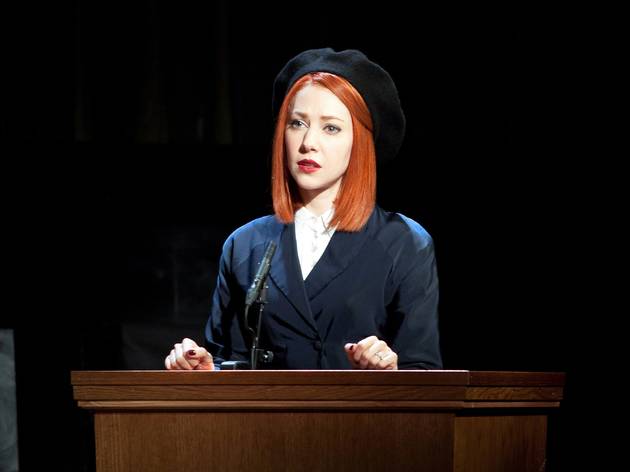 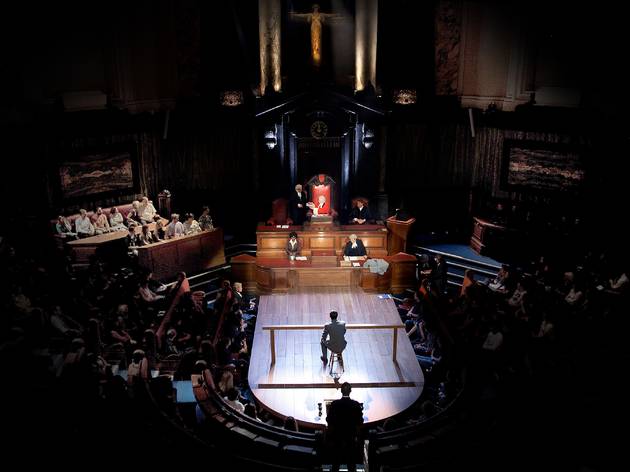 It wasn’t all about Poirot’s little grey cells or Miss Marple solving murders at the vicarage. In her lifetime, crime writer extraordinaire Agatha Christie wrote 16 plays and a massive 73 novels.

Apart from the immortal ‘Mousetrap’, ‘Witness for the Prosecution’ – which Christie adapted in 1953 from an earlier short story – is one of the most famous.

Like most of Christie’s work, you can’t say much for fear of ruining the ending. Leonard Vole (a butter-wouldn’t-melt Jack McMullen) is on trial for murdering an older woman who has left everything to him in her will. He insists he’s innocent, but it all rests on the testimony of his wife, Romaine. What will she say on the stand?

When Christie adapted her original story, she shifted the focus almost exclusively to the Old Bailey courtroom. Here, Lucy Bailey’s production has the gift of being in the main chamber of London County Hall. Big, austere and grand, it’s the perfect setting for the legal theatrics of Christie’s forensically precise plotting. Some audience members are even addressed as the jury.

If the courtroom is a stage, this play is all about performance. Few are as good as Christie at leading us down the garden path, expectations-wise. She constructs her plot like Vole’s barrister, Sir Wilfrid Robarts QC (a charismatic David Yelland), builds his case, before knocking over apparent ‘revelations’ like dominoes.

Bailey plays up the melodrama beautifully, in some scenes lighting the judge’s bench like something from a horror film, while punctuating mic-drop testimony with a thundering score. She keeps Christie’s script clear and punchy, including a fun undercurrent about the British establishment’s smug complacency.

The cast have a lot of fun with their characters, particularly Steadman as no-nonsense Romaine. She strides on stage in a signature black beret and cuts through the British bluster with a raised eyebrow and a German accent loaded with wryness.

‘Witness for the Prosecution’ is pointedly full of stereotypes; they’re kind of what it’s all about. Christie’s narratives are like spring traps. Now, though, the extra twist she added for the play feels weirdly more old-fashioned than the original short story’s ending.

Nonetheless, this is a deliciously enjoyable revival. It has the same twisty-turn-y fun as the best Christie TV adaptations.