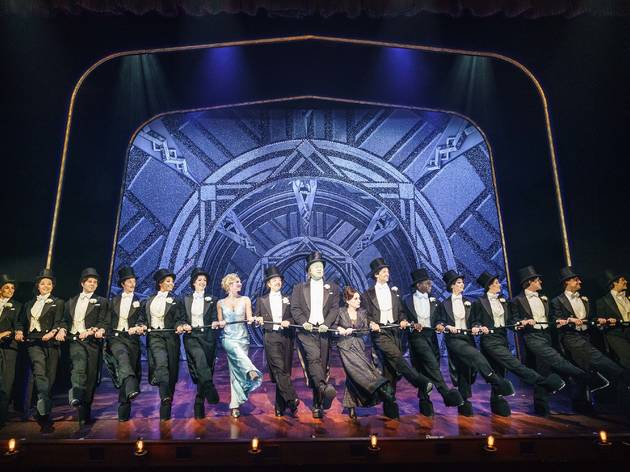 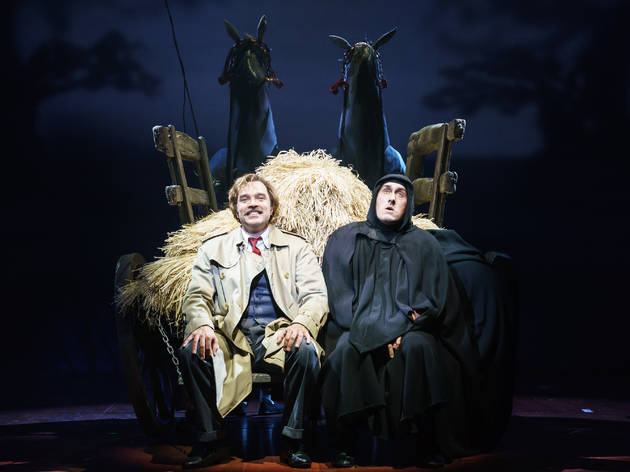 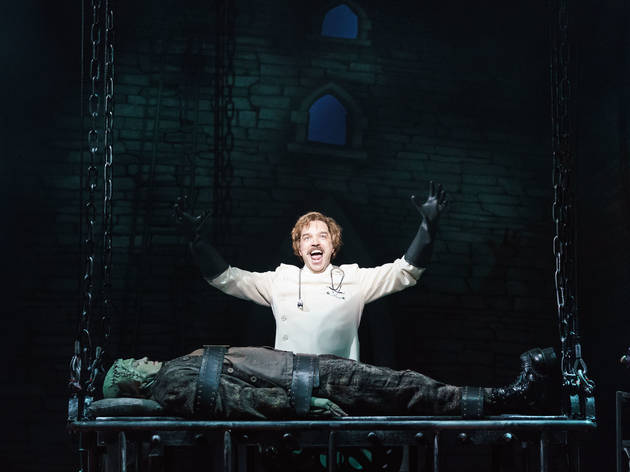 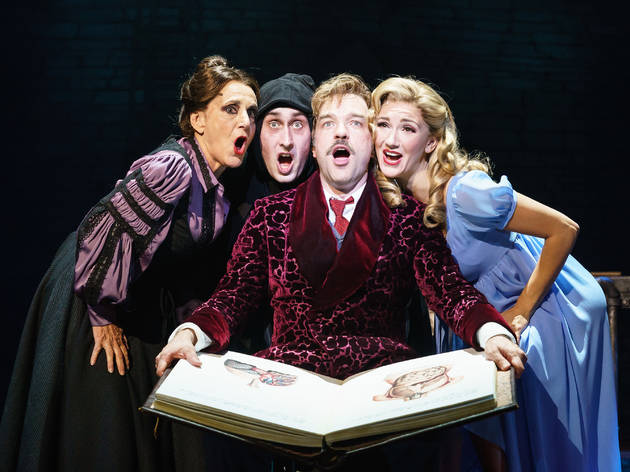 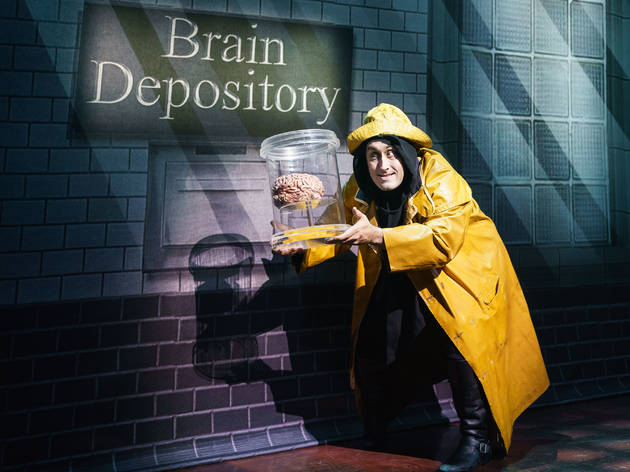 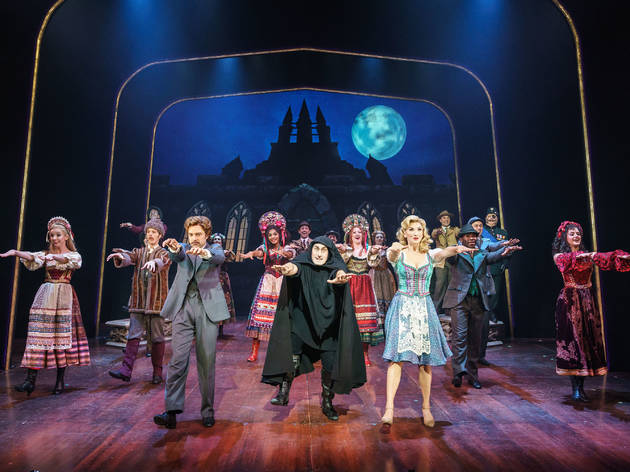 As Halloween approaches, 91-year-old comedy legend Mel Brooks has unearthed his dusty, schlocky comedy musical. It’s a ‘Frankenstein’ riff that started out as a 1974 movie, then got turned into a Broadway musical a decade ago. Why bring it back? The cast’s approach seems to be ‘Why not?’, and they fling themselves into this creaky confection with vigour.

Usually seen in more serious fare, Hadley Fraser is a faintly leftfield choice to play lead Frederick Frankenstein, hapless grandson to Mary Shelley’s Victor. His Gene Wilder-style wig isn’t enough to instil him with mad scientist vim but he still keeps this bonkers plot moving. His green-faced co-star Shuler Hensley has been with the show since its 2007 Broadway premiere, and it shows. He makes a great monster, progressing from creaky charm to a bravura dance sequence set to ‘Puttin’ On the Ritz’. And Dianne Pilkington is wonderfully voiced and hilariously diva-ish as an heiress whose chaste, doomed romance with Dr Frankenstein inspires the show’s two most memorable numbers: ‘Touch Me Not’ and ‘Deep Love’.

INTERVIEW: Mel Brooks – ‘the Germans are good at war, but they're not good at showbiz’

But then a cast this good could probably light up any show: here, they’re like dynamite in a party popper. Broadway director Susan Stroman’s production is ruthlessly efficient but does little to modernise this hopelessly dated, thinly plotted show. The cast embarks on low-stakes adventures set in a Transylvania that feels like it’s been extrapolated from a single Eurovision Song Contest entry: generic Euro accents, plenty of kitschy folk costumes, even some bogus yodelling by young lab assistant Inga (a game but horribly misused Summer Strallen).

It’s all totally unscary, but then ‘Young Frankenstein’ isn’t really a satire of horror movies. Its real cultural reference points are Golden Age movie musicals, and the further you are from remembering the ’40s the slimmer the chances you’ll get the jokes. What might have once passed as light smut feels a bit gauche, a bit sordid, too. The women are either old crones or simpering bimbettes: whichever they are, they’re continually flashing their stocking tops and throwing themselves at any man that hoves into view. Even if he’s seven foot tall and green.

It’s still madcap, energetic fun – the kind of thing kids might love, if the weird retro sex stuff didn’t traumatise them for life. Still, I’m not sure what lightning bolt of inspiration persuaded Mel Brooks to reanimate this musical comedy – it might have been better left for dead.