As his daughter gets close to the inmates at London Zoo on the Junior Keeper for Day encounter for young people aged 11-15, Dave Faulkner looks on anxiously – and perhaps a little enviously.

The children place the food like explosive charges, in and under logs, on high branches with the help of a ‘grabber’ and in small holes in the ground. Huddled in a small group, they’re ushered quickly to the exit and backed out though a metal gate to wait, wide-eyed.

And then the mayhem… A barrier slides open and a swarm of coatis (members of the racoon family) rush the area. A whirlwind of pointed snouts, sharp teeth and sharper claws, they shred bark and scratch earth in the hunt for their prize.

The kids smile and cross their fingers in the hope that their hidden morsel will be the last to be found. ‘You’d think they hadn’t eaten for a week,’ observes Mick, our keeper-in-command for the morning, ‘but we do this about four times a day!’

‘Right,’ he says, rubbing his hands, ‘if you lot want to go into that pen’ – he thumbs over his shoulder – ‘I’ll see if a couple of them want to come in to see you.’

The gang start shuffling towards a door. I glance at my 14-year-old daughter, Esme, then stare down into the den of crazed, ring-tailed devils still scampering, scratching and snorting.

‘What? Them?’ I ask, trying unsuccessfully to mask rising panic.

‘They’ll be fine,’ Mick assures me, which is just as well because my daughter has already taken up position in the adjacent enclosure…

We’d embarked on London Zoo’s ‘Junior Keeper for a Day’ experience well before the gates opened to the public. After a brief safety talk, along with the other parents, I signed away my right to make a fuss about missing digits and the like, and we were led to a rainforest area where the morning got off to a magical start as exotic birds and a variety of monkeys gently gathered around the entourage to be fed their breakfast of fruit and worms.

Parents had to lean over from above and peer through the canopy in the hope of getting a good picture (as was the case throughout the whole experience) but the children were allowed to take cameras in with them – that said, it appeared they were all far too busy and enthralled to even consider the cameras in their pockets. The monkeys were cute, docile and loveable, and judging by the kids’ faces as we met up again outside it was clear the ace had been played early.

Naturally, with animals involved, things could, and did, go wrong. As the morning flew by the meerkats mistook a kite being flown in Regent’s Park for a bird of prey and didn’t want to come out, the aardvarks were asleep and the prairie dogs hid as soon as there was a hint of a human intruding on their patch. All of this was, of course, lost on the children, who grinned constantly, stunned at being allowed to get so close to such unfamiliar animals.

The llamas and alpacas stood back and watched as their poo was scooped up by the ‘newbies’ and deposited in a bin around the corner but among their number was the star of the show – Perry. This llama had a genuine, almost comical, dislike of keeper Mick. Before entering their domain Mick told us that llamas lower their ears prior to spitting and, as Perry would only spit at him, it was best not to get between them. Everyone looked at Perry 30 feet away – and his ears went down. Mick turned back to talk and the ears went up. We all giggled. Mick turned around to see what was going on and the ears went down. He turned back with shrug and Perry’s ears went back up. And so it continued. If you didn’t know better you’d think they’d rehearsed their routine for our benefit.

In spite of its title, the ‘Day’ turns out to be little more than an extended morning (unlike the adult version) and, as we made our way to feed the giraffes, I pointed out to Mick that parents might find the £180 it costs a bit steep. ‘I guess so,’ he conceded ‘although, because we only do this in school holidays, we still get fully booked quickly. All the money goes back into the zoo and believe me, we need it.’

The final ace of the day was played as the giraffes glided elegantly over to dangling hands filled with carrots and wrapped their long black tongues around tiny wrists to slurp up the offerings. Through the ‘eeuww’ grimaces a cry of ‘More carrots!’ went up and Mick danced along the line until his bag was finally empty and the experience came to an end.

Was it worth £180? Esme loved every moment, including her encounter with the coatis, who, as it turned out, were fairly docile when approached correctly. She’s been investigating how to become a zoo keeper ever since. 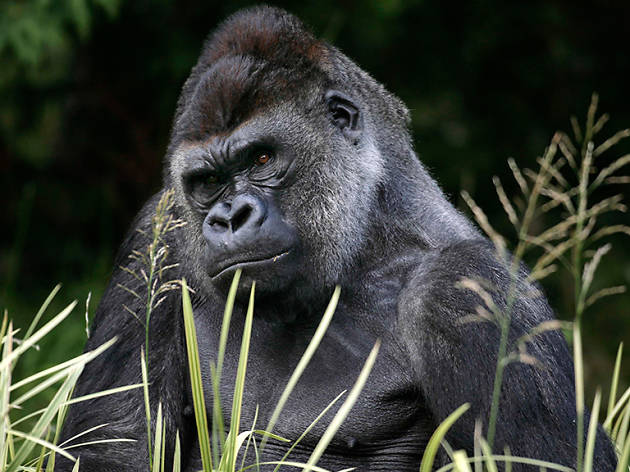 The Zoo, which opened to the public in 1847, covers 36 acres. It's home to more than 760 animal species, many of which are endangered – your entry fee contributes to ZSL London Zoo's conservation projects across the globe. In 2013, the zoo opened Tiger Territory, a £3.6m Indonesian-inspired habitat designed to meet all the sensory needs of its inhabitants, which joins other recent highlights including 'Gorilla Kingdom' and the penguin habitat, where you can enjoy feeding time for the colony of Macaroni and Humboldt penguins.