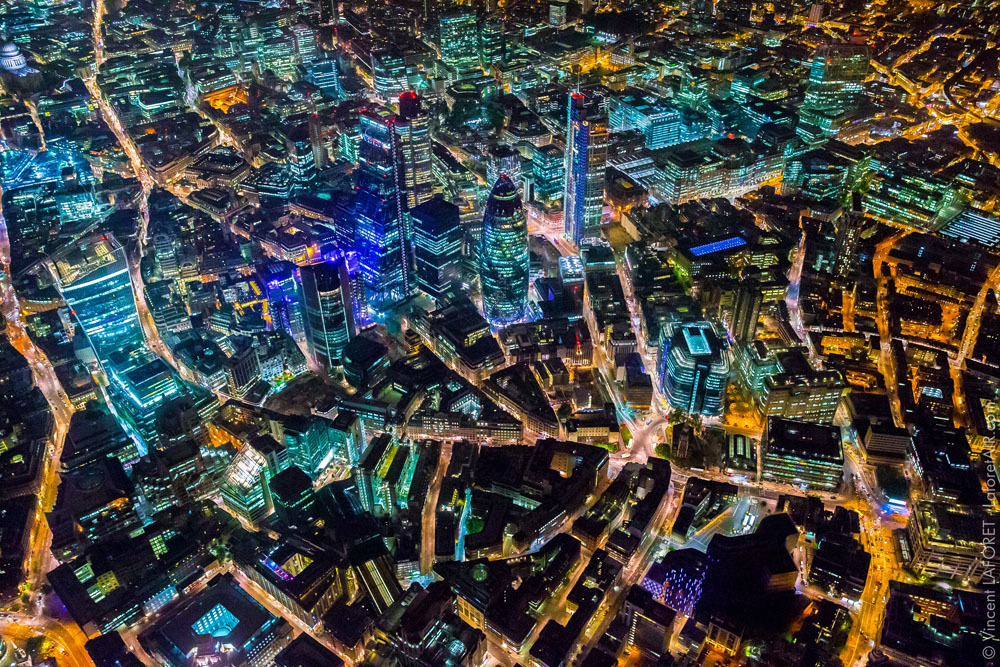 Photo: The City of London from above at night. Vincent LaForet - AIR.

It was only back in January when Vincent Laforet's ‘Gotham’ photos went viral. The New York Times photojournalist turned filmmaker had ascended 7,500ft above New York City, and captured a fresh, luminous perspective on a city where a new angle is hard to find.

In the months since, Vincent has hovered above San Francisco, Las Vegas and Los Angeles with equally remarkable results. Now, sponsored by G-Technology, he's embarked on a tour of Europe – first stop, London. 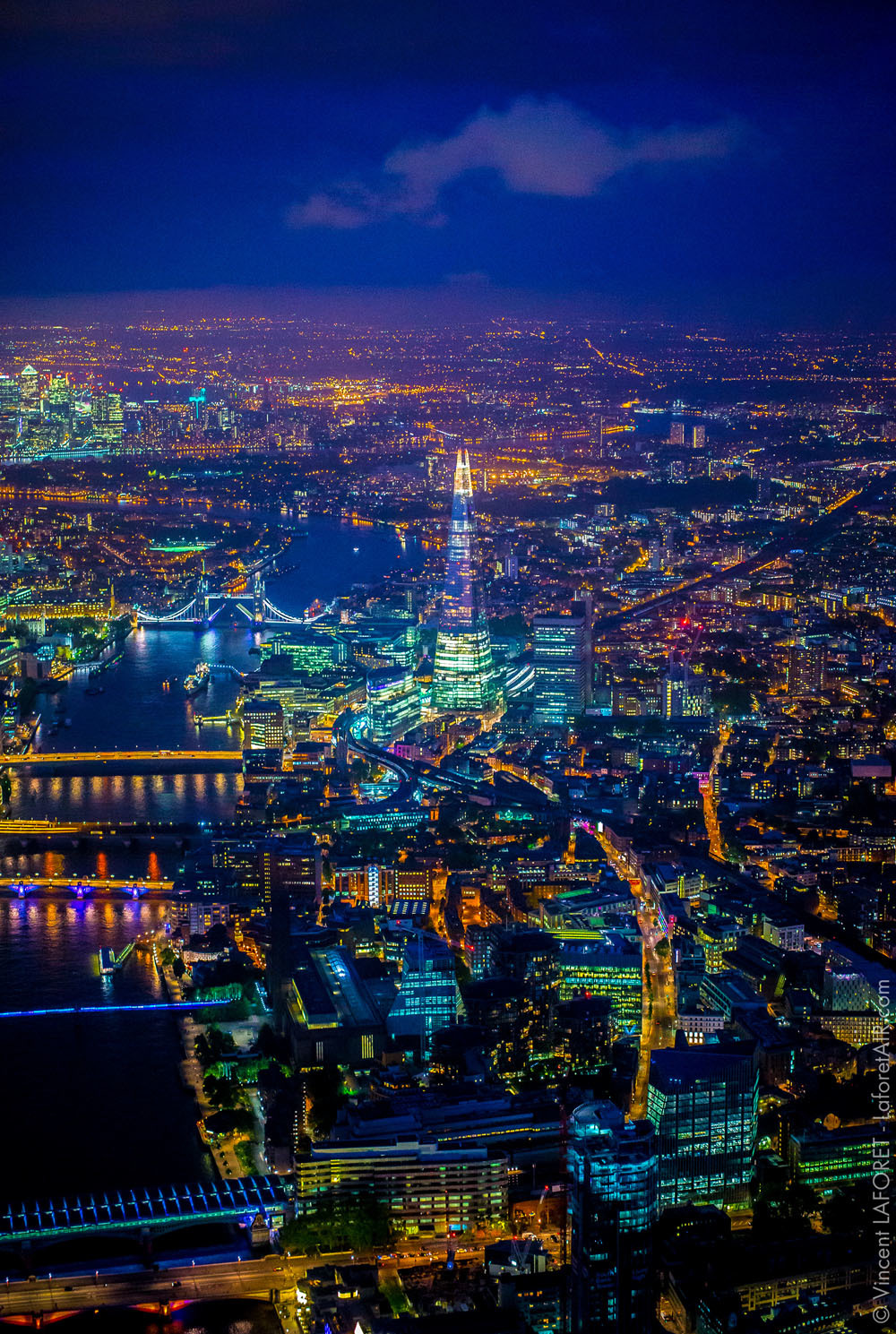 Photo: The Thames and the Shard at night.

Talking to Time Out LA's Michael Juliano, Vincent discussed his work. ‘When you're on the ground, in any metropolis, you feel really small and insignificant, especially underneath these skyscrapers. But if you're up in the air you see that we're not all that far apart. These "borders" – they don't exist. They're man-made. We're a lot more connected than we think.’ 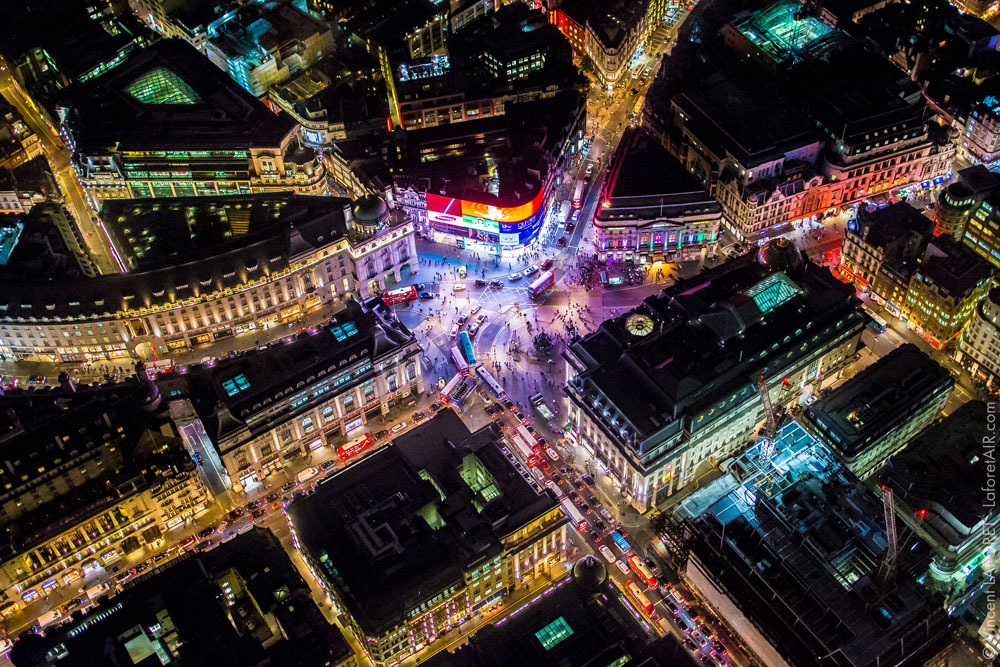 Photo: Piccadilly Circus from above at night.

‘Listen, being in a helicopter is a near religious experience,’ he says. ‘You get a perspective –it's mind bending. You don't see differences up in the air. You feel like you're part of a social fabric that is so much more intimate than what you feel on the ground. And at night you don't get lost in studying architecture as much, you get lost more in the energy of the lights. It's kind of like a pulsating beat.’ 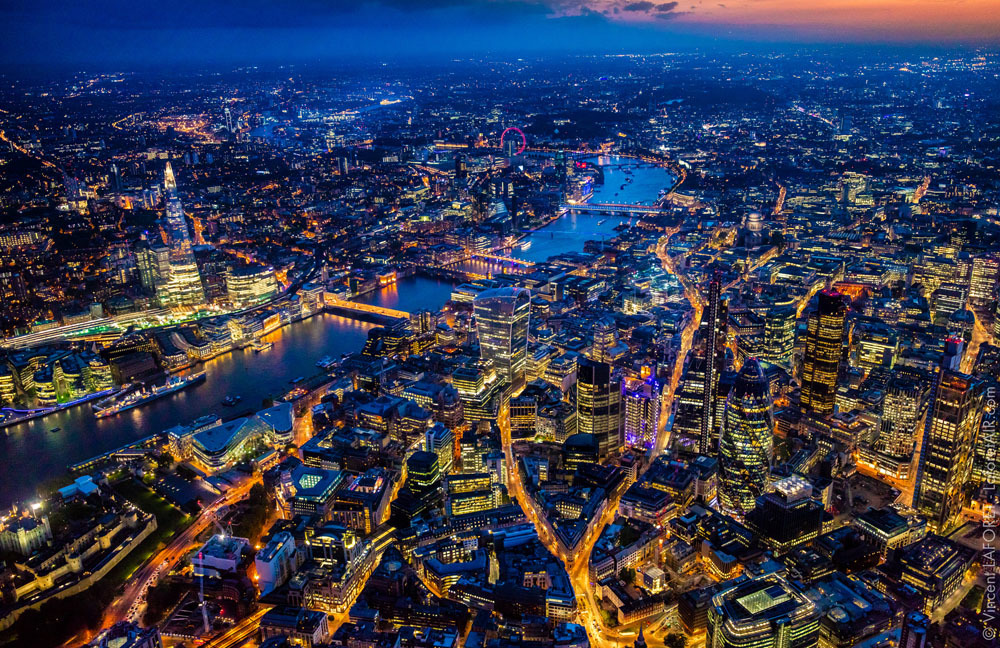 Photo: The streets of London become veins of amber light at night.

But how realistic are these photos, really? ‘Every single AIR picture that's online, there is not a single crop’ explains Vincent. ‘All that I'm doing to these images is bumping up the vibrance, pushing the color balance a little bit towards the blue and I'm pulling down the highlights so they don't blow out. What you're seeing is what's there. That's what's inherently beautiful to me about these images. It's unadulterated reality and it shows you what so many of us inherently take for granted.’

Photo: Seams of blue, green, gold and pink crackle through London after dark.

In his write-up, Vincent reflects on the unique character of London. ‘The architecture of London both new and old are incredibly impressive.  I find the city is a beautiful balance of old & new. This is an extremely rich city visually and it exudes history and tradition.’ 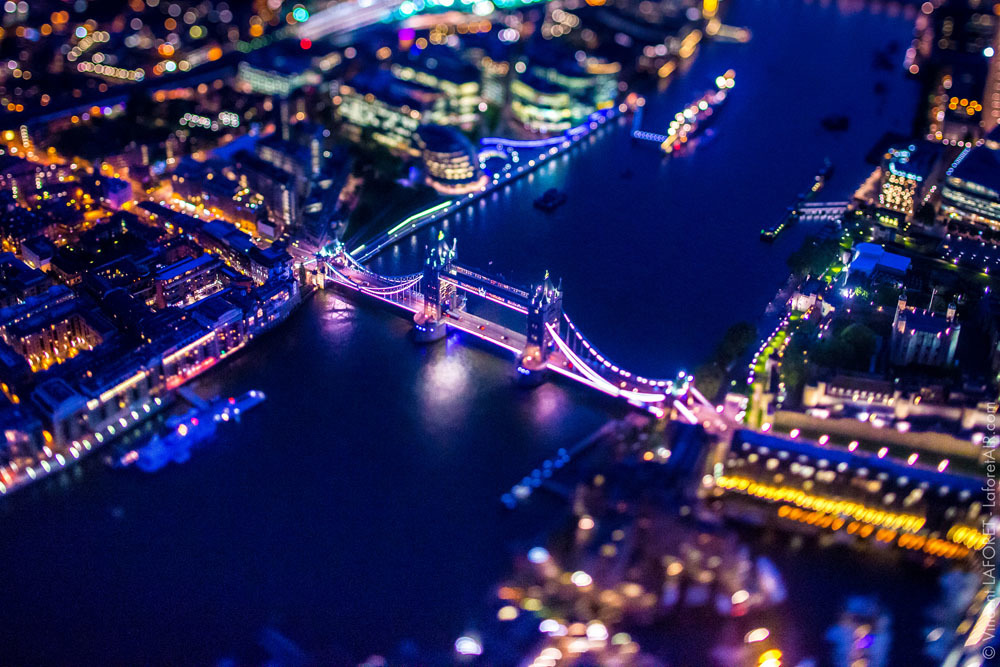 ‘There is no semblance of a grid in London or of an organized geometry that you find in most modern cities, and in many older cities such as Barcelona and Paris for example.’

‘The streets can best be described with one word: “chaotic.” I was by far the MOST concerned with how this shoot would turn out relative to all of the other cities I've photographed. It turns out that I could not have been more wrong: there is a very special beauty within the mysterious curves of London's streets - and especially so at night.’

Next up on LaForet's schedule are Barcelona, Berlin and Paris. 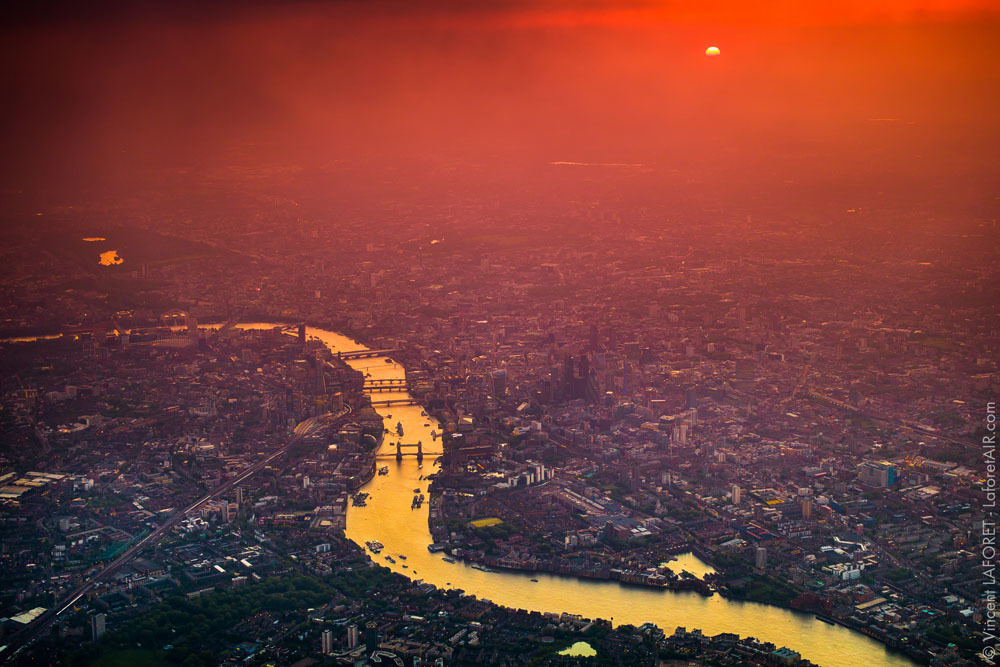 Photo: The Thames becomes a ribbon of gold through London at sunset.

For the AIR book, lithographs, postcards and prints, visit laforetAIR.com. ‘75% of the money or more goes straight to funding more flight time and new cities,’ says Vincent. ‘This is how I hope to keep the project going worldwide!’

And check these out... 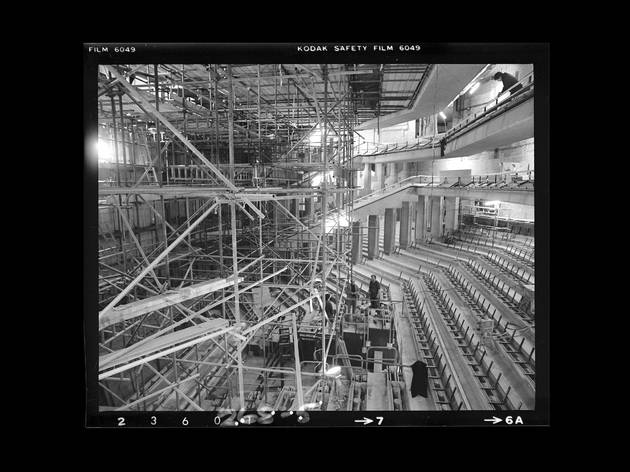 Concrete, polo-neck jumpers and even more concrete - check out the Barbican's construction site in the late ‘70s
Read more 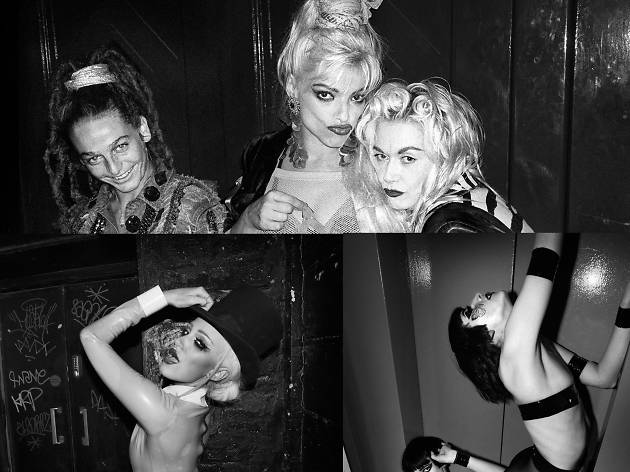 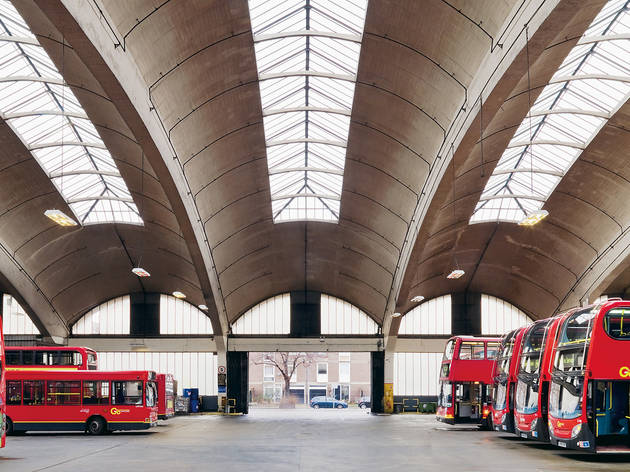 Libraries, bus garages and other civic necessities that have absolutely no business being as fit as they are
Read more 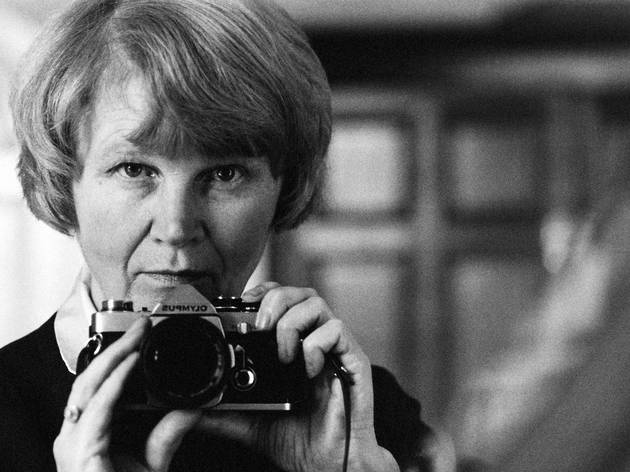