It’s the opening night of the brand new Roller Nation rink in Bruce Grove – the village-like nubbin north of Seven Sisters – and all human life is here, spinning around to Chaka Khan, Chic and Stevie Wonder. There’s a young woman with a clip-on bushy tail, suave men with fedoras and the first leg warmers I’ve seen in the wild beyond the heady days of electroclash. And everyone is smiling.

Ever since the first boot with wheels made its worldwide debut onstage in a London theatre in 1743, the capital has had numerous love affairs with rollerskating. The footwear was even patented in London. Although inventor John Joseph Merlin seriously injured himself while showing off by playing the violin and skating at the same time – his boots didn’t have brakes.

Fast forward a century or so and there were 50 rinks in London and counting. At venues such as Clapham Road’s opulent Marble Rink (opened in 1878), young people could indulge in a spot of exercise and, more importantly, flirt with each other away from the prying eyes of their parents. By the 1950s Brixton had a rink that would blare out Fats Domino records. And Hammersmith’s Starlight was the first of many spangly London roller discos to spring up in the ’70s.

The rise of rollering hasn’t always been plain sailing. It almost got banned in Edwardian times. ‘They were skating in the streets,’ explains London historian Sean Creighton of the kids whose families didn’t have the money to go to rinks. ‘But inevitably there were accidents…’ There was even a fatality, when a 91-year-old woman was knocked down in Clapham and died a few days later, making local authorities keen for a bylaw to ban the activity. ‘It was Winston Churchill [then home secretary] who said no, so as not to deprive young people who couldn’t afford to go to rinks of the pleasure and exercise of rollerskating.’

While the number of rinks in London has decreased to only a handful in recent years, our city is still home to a dedicated skating community. Roller derby – founded in the 1930s – had a resurgence in our city in the noughties, with teams training at local leisure centres. Freya Coakley, whose parents’ first date was at a roller rink, joined the prestigious London Rollergirls three years ago, one of three women’s teams in the city. ‘I went along to a beginner’s session,’ she says. ‘And within half an hour was saying, “I wanna buy my own roller skates!” You fall in love with it very quickly.’

Elsewhere, Stratford Centre – a shopping hub opposite Westfield – became an after-dark destination in the early 2010s. Scaffolder Kailam Brown grew up in Finsbury Park and learned to skate in his grandmother’s kitchen before becoming a member of skate crew High Rollaz. ‘We used to skate in Stratford mall about five or six years ago,’ he says. ‘We shot a lot of our practice session footage in the mall and submitted it to clients.’ The squad has since flashed its moves in the London 2012 Paralympics Opening Ceremony, music videos for Jungle and Skepta and adverts for KFC and H&M. 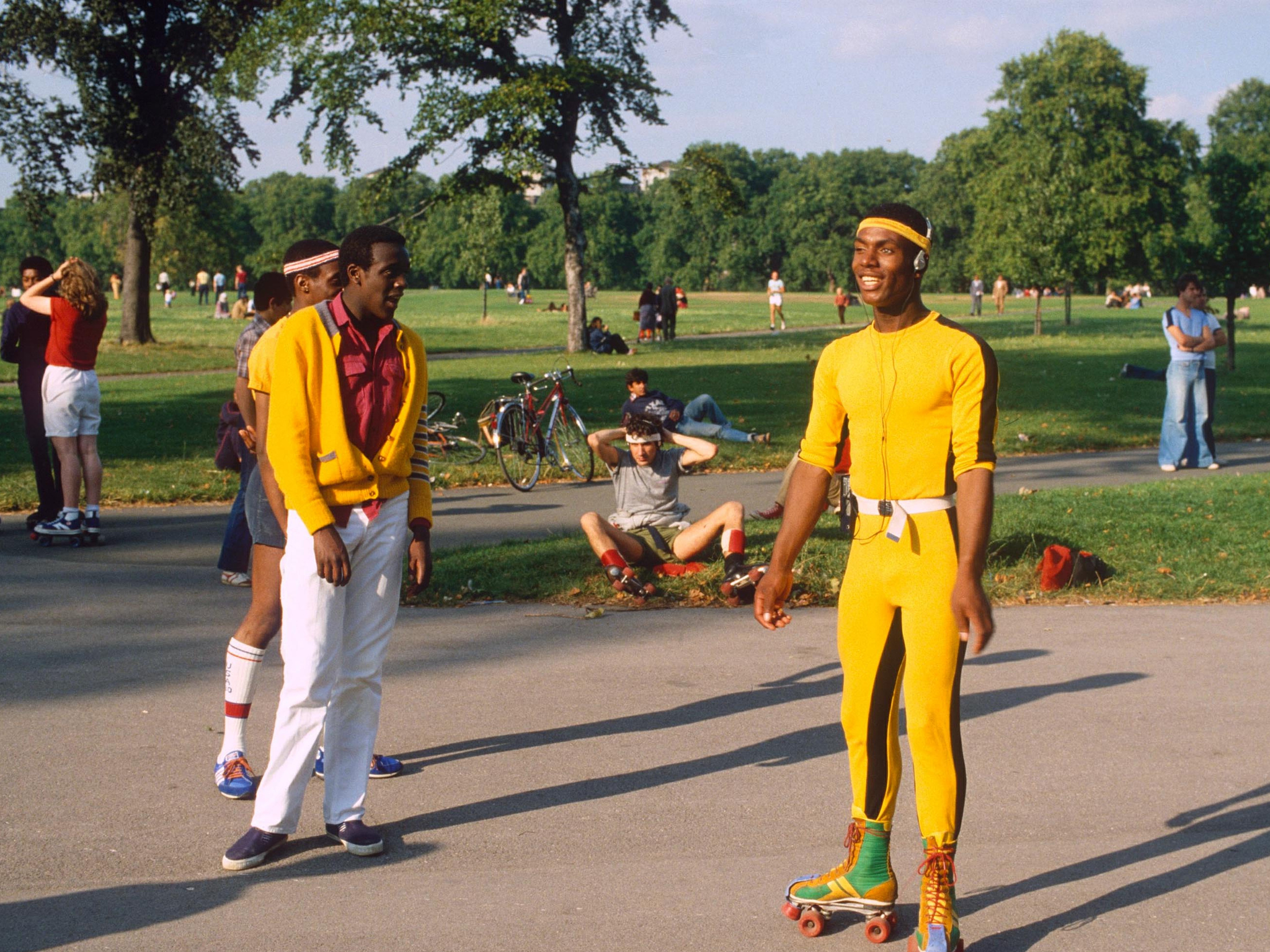 Brown’s not the only modern skating star to come out of our city. Entertainer Marawa Wamp holds the Guinness World Record for the fastest ever 100 metres in high-heeled skates, which she broke in Hyde Park and trained for in Gillett Square, Dalston. It was on a trip to New York that Wamp discovered just how renowned our homegrown skaters really are. ‘When I went to Central Park – the mecca of rollerskating – there were so many amazing skaters,’ she remembers. ‘One in particular was flying around and then skated past me and said “’ello!” Turned out nearly everyone there was from London and they were doing a skating trip in the US. That’s when I knew the best skaters in the world were from London.’

So what’s the future of eight-wheeled fun in our city? Roller Nation’s David French thinks it’s bright. After his previous rink, Vauxhall’s Renaissance Rooms, closed in 2015, he searched for almost four years to find a new site, finally coming across Bruce Grove. French says that the new venue is the biggest rink he’s ever been in charge of. He hopes the space will not only provide a home for regular skaters but also draw in a new audience: Londoners looking for wholesome alternatives to nights in the pub. ‘We’re the original ping pong bar or mini golf bar,’ he explains.

For Kailam Brown it’s great news: ‘We’ll now have a new place to go regularly to skate,’ he says. ‘I can’t wait to put the wheels to the wood and get some circuits in to inspire the next generation of skaters… and show off what I can do!’