One of the original settlements championed by the Romans after their first invasion in 43AD, Londinium – as it was known then – has survived war, plague and fire to become the bustling metropolis it is today. This journey, from ancient marshland to one of the greatest cities on earth, is documented at the often overlooked Museum of London. Some consider the building – part of the Barbican Estate – a bit of an eyesore, and the entrance is certainly tricky to find, but the layout was considered innovative at the time of the building’s construction, with all the exhibits presented along a single route that follows the capital’s chronological history. There are plans to move the museum to Smithfield Market, but that’s still some years off. In the meantime, get your (bone) skates on and check out these highlights from the collection. 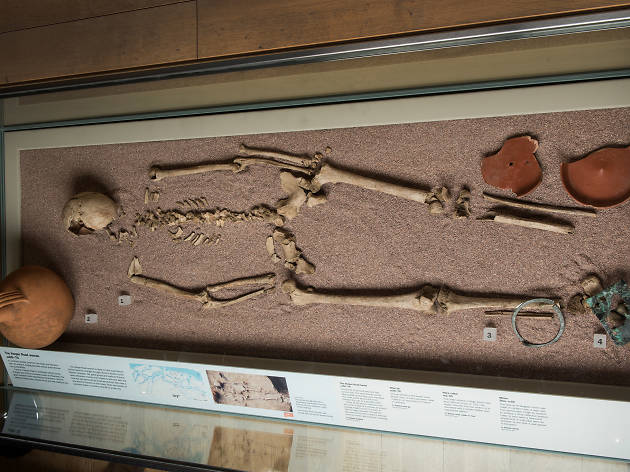 The ‘Harper Road Woman’ was thought to be alive when the Romans first invaded Britain in 43AD, although it is unclear whether she settled in London before or after it was reclaimed in 60AD after the invasion of Boudica. She was thought to have brown eyes and dark hair and was aged between 25 and 36 when she died. Possibly the most interesting thing about this woman is the categorisation of her sex (sex as in gender not sexy sex!): while her skeleton is definitively female, her chromosomes are male. As a result of the discovery scientists now look at gender as a spectrum as opposed to defined categories. Harper Road Woman was buried with carefully chosen objects, such as an imported bronze mirror and pottery, to define her status. 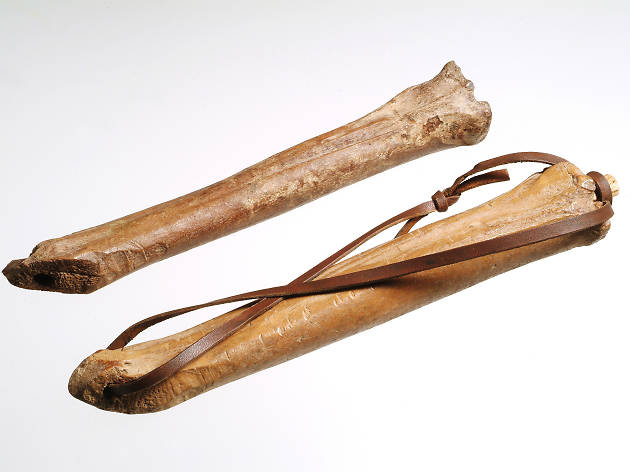 Life was tough before television. However, it was also simpler, and in 1173 William FitzStephen recalled how many young men would visit the frozen marshes of Moorfield (which was then outside the city), attaching polished cattle bones to their feet and pushing themselves about with sticks. It was hardly skiing in the Alps, but after years of turmoil and Viking raids, poverty was rife within the city and people were forced to make do, taking pleasure in what they could. 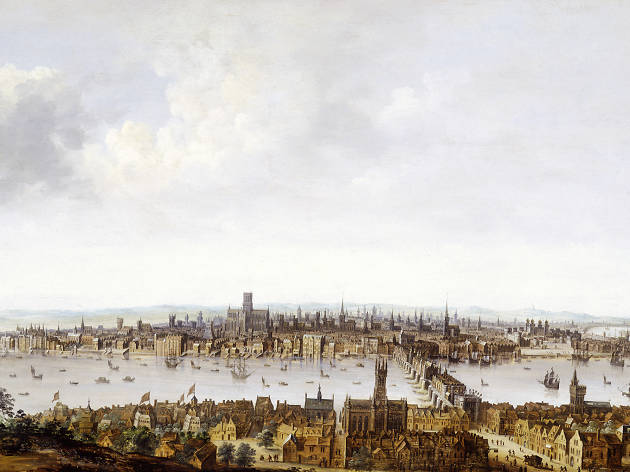 Offering a rare insight into the landscape of an expanding London before it was ravaged by fire in 1666, this painting is by an unknown Dutch artist. The work was painted from the tower of what is now Southwark Cathedral and is heavily stylised in order to show the entire width of London, from Whitehall palace in the west to St Katharine’s Hospital and the bend of the river in the east. The city is tiny in comparison to today, but the painting shows prominent London structures that are still important, although most have been heavily added to or changed. They include Somerset House, St Paul’s Cathedral, the original Globe Theatre and Charing Cross. 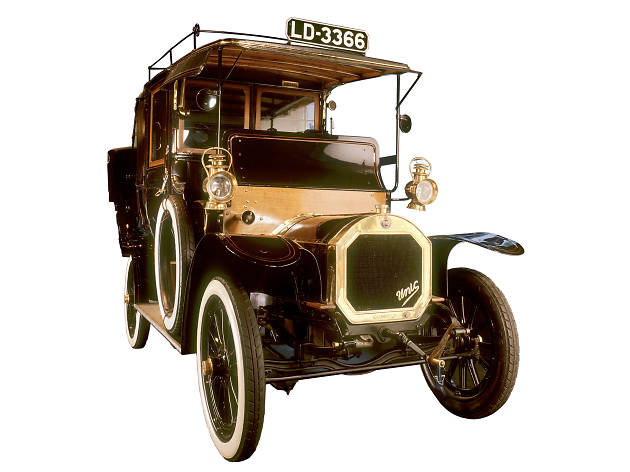 In 1903, when Uber wasn’t even a twinkle in somebody’s eye, the original petrol taxi made its debut on the streets of London. It had a French chassis and English bodywork, and the driver and passengers communicated through a horn trumpet and speaking tube. When fares were made compulsory, the rate was set at 8p a mile. Bargain! The model at the Museum of London is from 1908. By that point there were 2,000 cabs in the capital. No longer covered in the manure that was the by-product of the horse and carriage, the streets were cleaner, but also noisier. And more dangerous for pedestrians, who were not used to the increased speed of the newfangled vehicles. 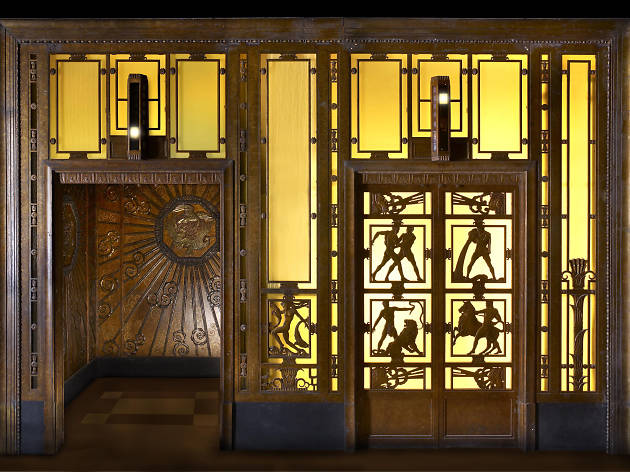 Installed in the department store in 1920, the lift was synonymous with the opulent glamour of ’20s London. The interior depicts cranes while the exterior shows signs of the zodiac and was made by the Bristol Guild of Metalworking. Selfridges famously engaged uniformed young women to operate the lifts initially, but after World War II, disabled ex-servicemen were employed instead. This lift, one of several in the store, was removed when the store underwent lengthy refurbishment and modernisation in the 1970s. 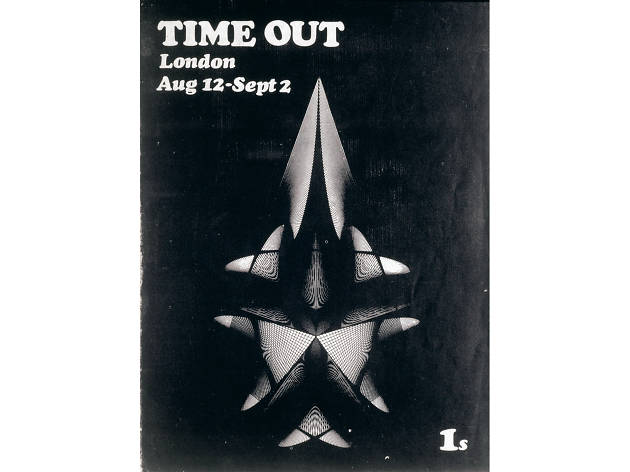 The first issue of Time Out was published on August 12 1968, covering the period until September 2, and cost a shilling (5p in today’s money). The magazine was started by Tony Elliott while he was a student at Keele University. It was a double-sided A2 sheet, folded to create an A5 booklet, with features on topics including ‘buildings’, ‘blueish films’ and ‘rabbit food’. Highlights include a music listing for Jimi Hendrix, although fans must have been disheartened to learn he was in America for August and September. There are three copies of Time Out on display in the contemporary gallery: the first issue and two from 1981, one marking the beginning of New Romanticism, the other debating the issue of racial prejudice in the capital. 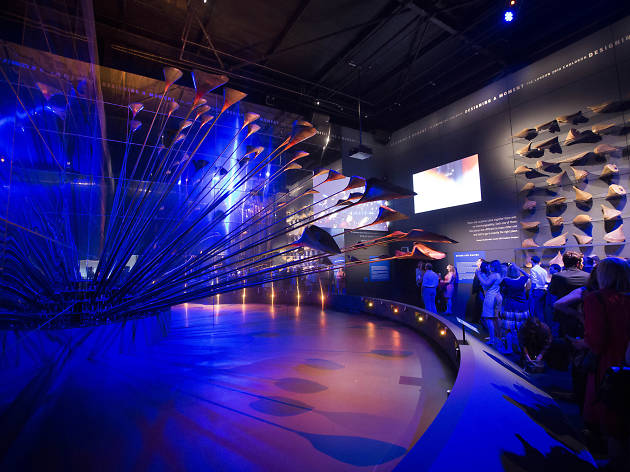 Bringing us up to the present day and finishing off the journey of London is a permanent gallery housing the Olympic cauldron – symbol of the London 2012 Games. Designed by Thomas Heatherwick (who also designed the New Routemaster bus), the cauldron consists of 204 individual copper petals. When in their ‘lowered’ position, they were intended to represent the countries competing in the Olympics, as well as the 164 involved in the Paralympics. When raised, they signified the unity of the nations. Since 2012, the petals have travelled the world, visiting their representative countries as ‘souvenirs’ of the games.