Things to do, Walks and tours 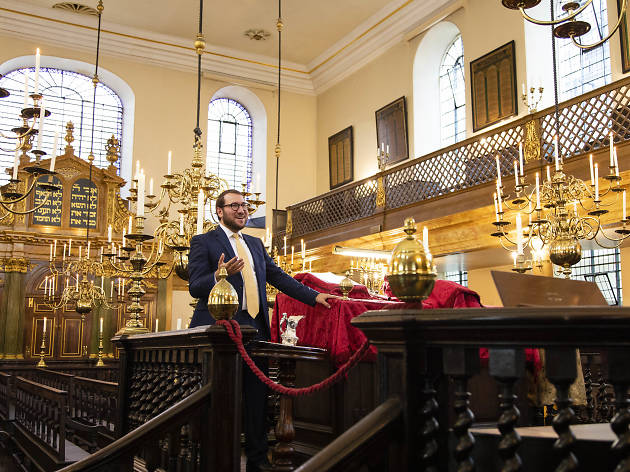 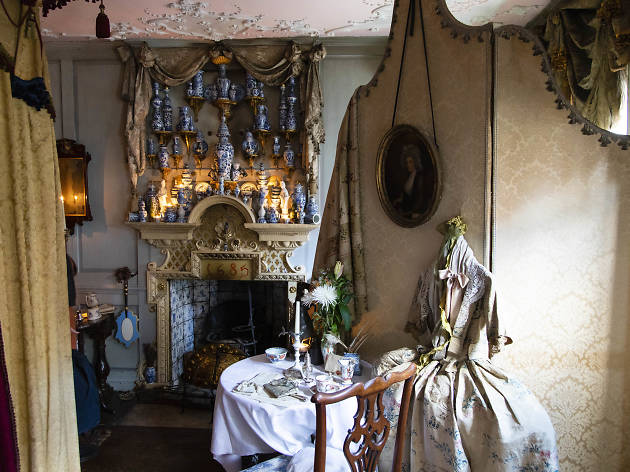 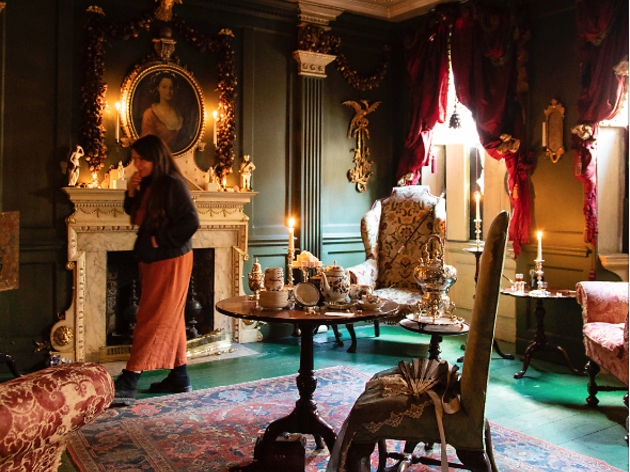 In the late seventeenth century, two different communities sought refuge in London’s East End: Huguenot silk weavers from France, and Jewish people who had fled Portugal and Spain. This tour tries to connect the dots between them through two historic venues.

The first is Bevis Marks, Britain’s oldest synagogue. The other is Dennis Severs’ House, a sort of living 3D painting of a fictional Huguenot family from the eighteenth century.

At the synagogue, we’re greeted by  the Rabbi Morris, who takes us on a whistlestop tour of  Jewish history beneath the building’s shining candle chandeliers. But where’s the thread connecting us to the Huguenots, I wonder? It’s right there in the synagogue’s textiles, on a cover for the Torah made from  Huguenot silk. After we say our goodbyes to Rabbi Morris, we march with our guide through modern Spitalfields to Dennis Severs’ House.

Inside, we explore ten candlelit rooms, peering at the ephemera of the ‘Jervis family’. There are half-eaten slices of toast, quills still in their ink and a black cat who turns out to be very real. It has a strange grandness to it, even though it looks like someone just got carried out by the undertakers. Seeing it in the evening is extra special, but  daytime  entry is cheaper (£10).

Severs wanted to create an emotional link to the Huguenots, and he succeded. You might not learn much about Spitalfields on this tour, but you will really feel the presence of these two communities – in immersive 3D.