Riverside pubs and restaurants, independent shops and a leafy Common, all to discover in Wandsworth

Right by the Thames and also boasting its own common, Wandsworth is a bucolic little neighbourhood in south west London. It would be a shame not to make the most of that riverside location, so pull up a pew at one of many pubs or restaurants along the river. Alternatively, saunter around independent shops in Wandsworth Village or delve into the area’s rich past as a hub for artistic crafts and trades at the Wandsworth Museum or De Morgan Centre.

What are your favourite Wandsworth haunts? Let us know in the comments. 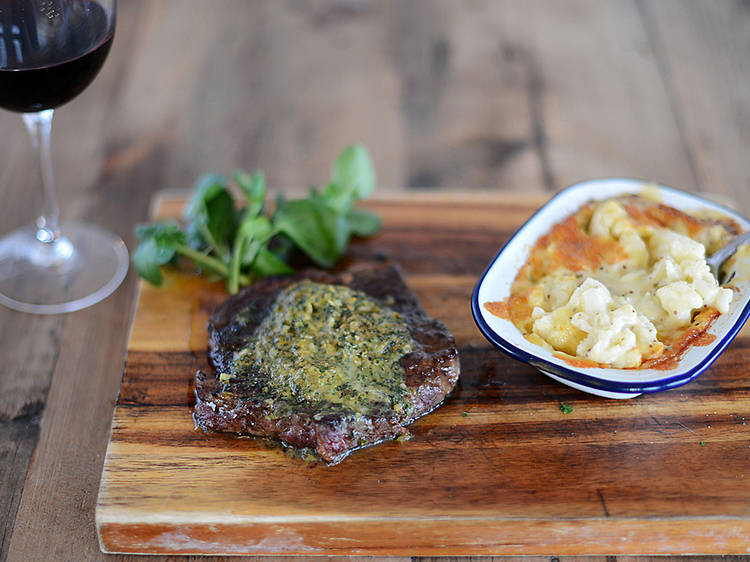 An all-day brasserie and café Battersea, open for brunch through to dinner. There's a neighbourhood feel to things here, with a loyal local clientele making it... 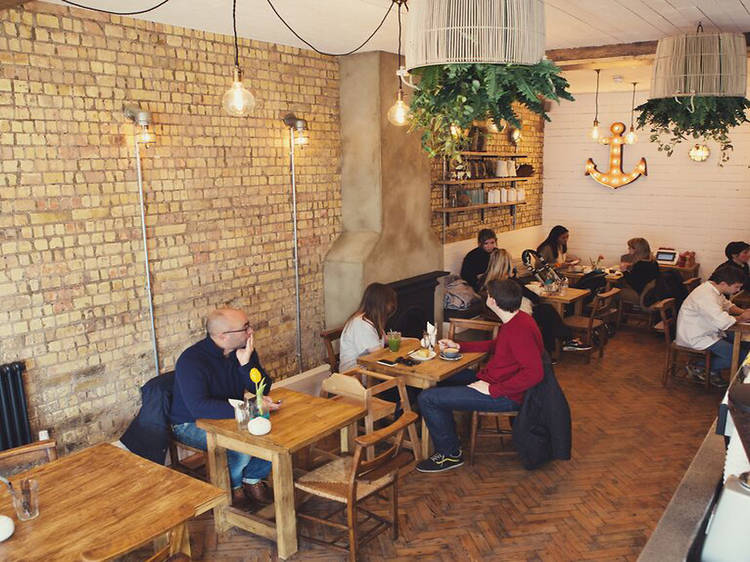 The name of this Antipodean-style café is certainly curious. Have they filled it by scouring the beach for odds and ends hurled from broken boats and...

A shopping centre in Wandsworth, with a TK Maxx, Primark, New Look, Wagamama, GBK, Boots, Waitrose and a Cineworld. 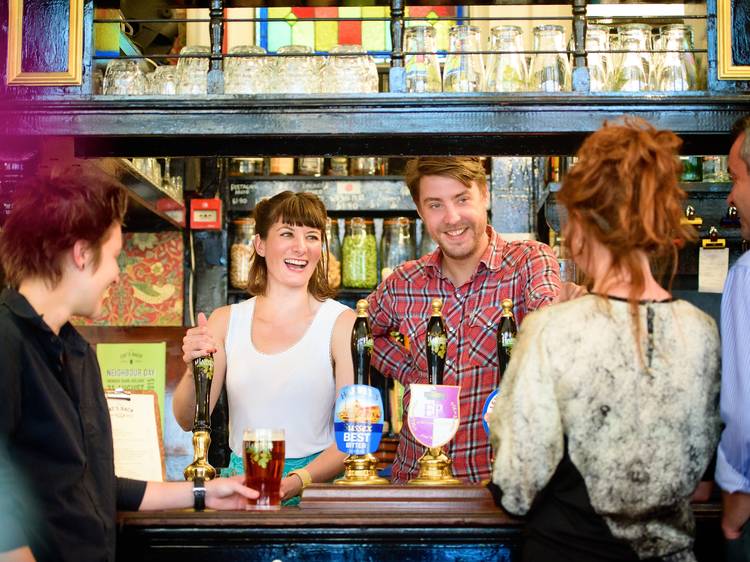 There’s a focus on quality ale at this dinky Victorian boozer between Wandsworth and Putney – it’s even got a gong from Camra to prove it. It’s not all about...

See the full results of this year's Love London Awards 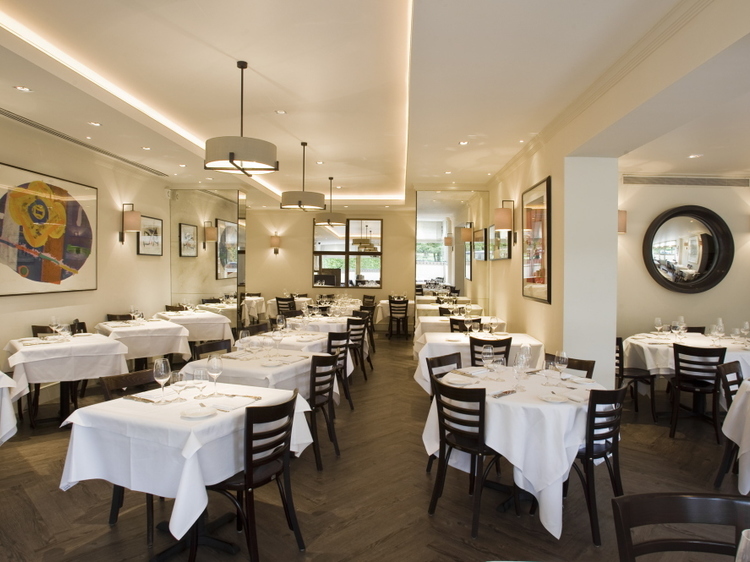 Like a well-cut blazer, Chez Bruce may not be especially original, but it is largely reliable. In 2010 the restaurant expanded into the neighbouring site, but... 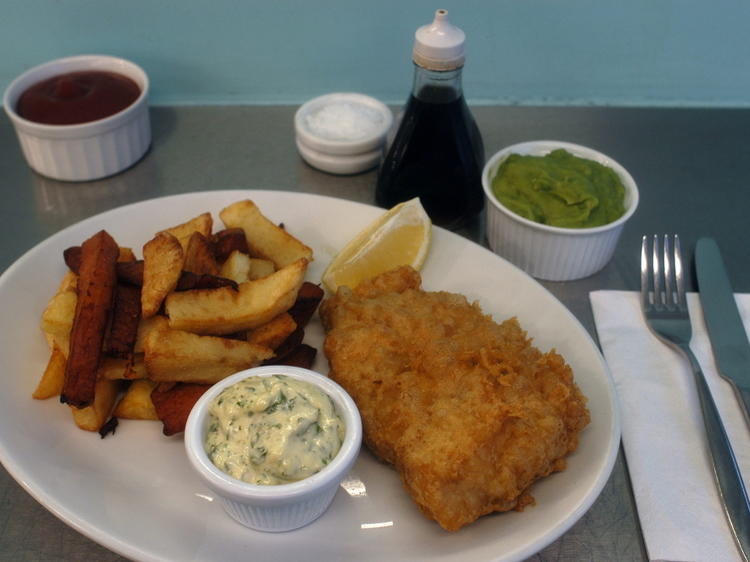 Though your waistband might complain, your conscience need not as all the fish at this great little London chippy are sustainably sourced, with coley topping... 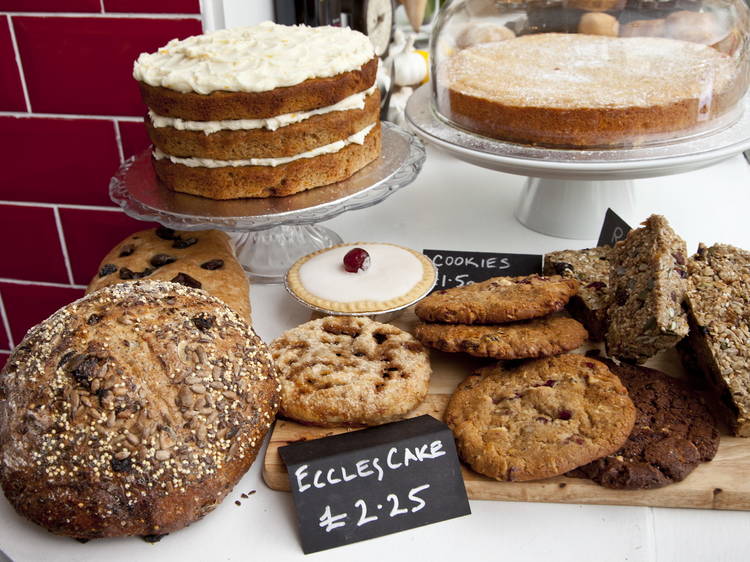 By Tania Ballantine Barely bigger than a postage stamp, this café-deli only has a dozen seats, but it punches well above its weight. Gourmet groceries... 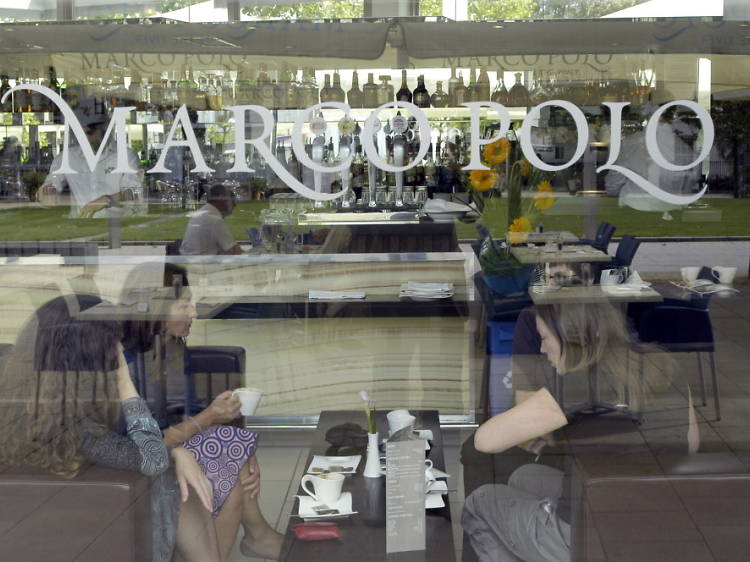 This is very much a place to lunch on a summer’s day. Part of a new development off the Putney Bridge Road, it has extensive multi-level outdoor terraces...

Things to do in Wandsworth 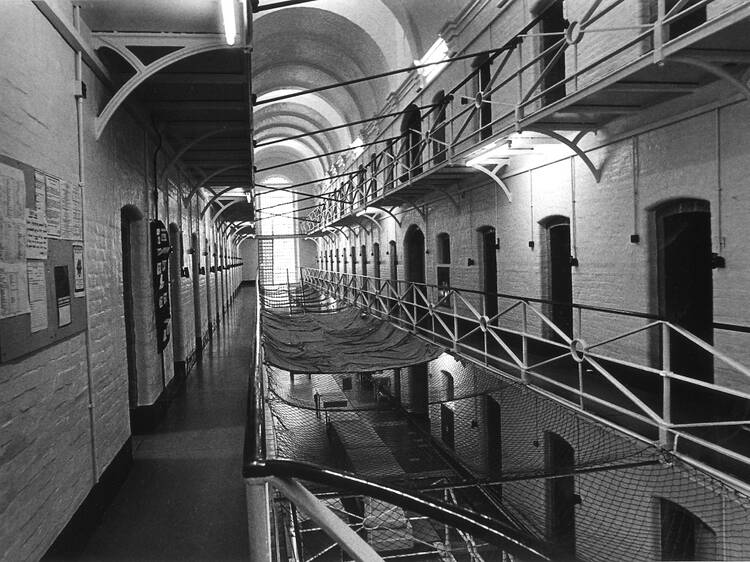 This community museum celebrates the social and cultural history of Wandsworth, paying tribute to the traditional and contemporary skills of locals through... 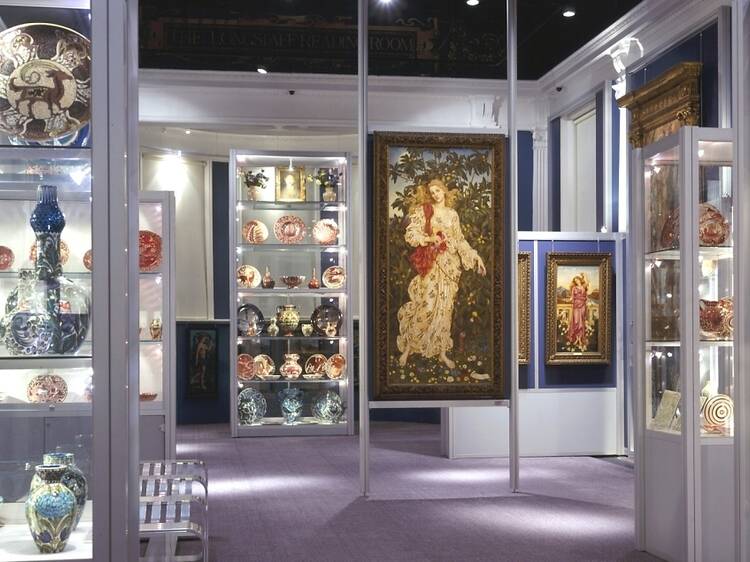 Re-opening after refurbishment on September 16 2011, the De Morgan Centre is dedicated to the Victorian ceramic artist William De Morgan and his wife Evelyn, a...

Bars and pubs in Wandsworth 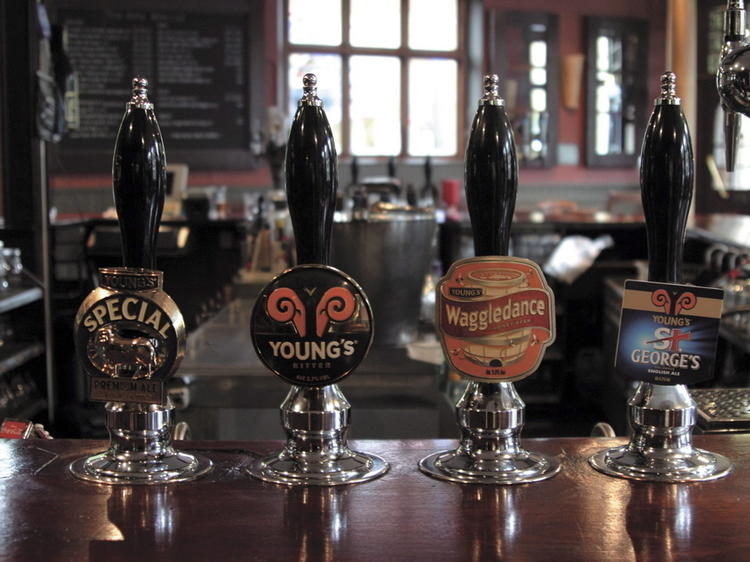 A landmark Young’s pub and rightly so, the large, Victorian-era Alma serves punters of all stripes gathered around a low, island bar. Some perch on... 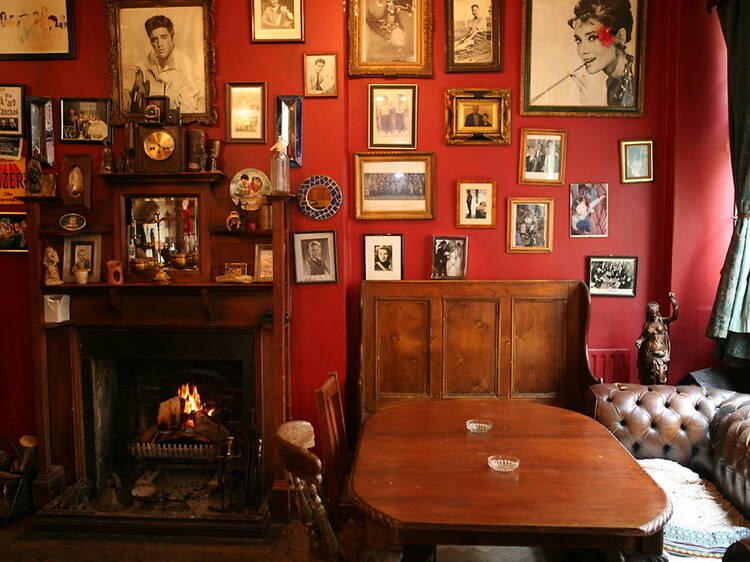 The land around the Cat’s Back is increasingly given over to modern residential developments, but this wonderful, bohemian community pub continues to... 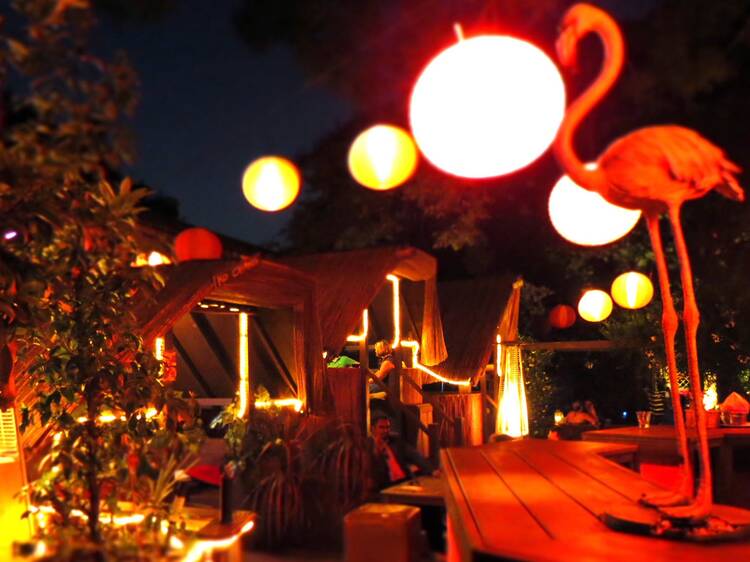 Wandsworth pub/restaurant serving burgers, pizzas, ribs and chicken wings during the day. By night the venue becomes more of a bar with cocktails and DJs until... 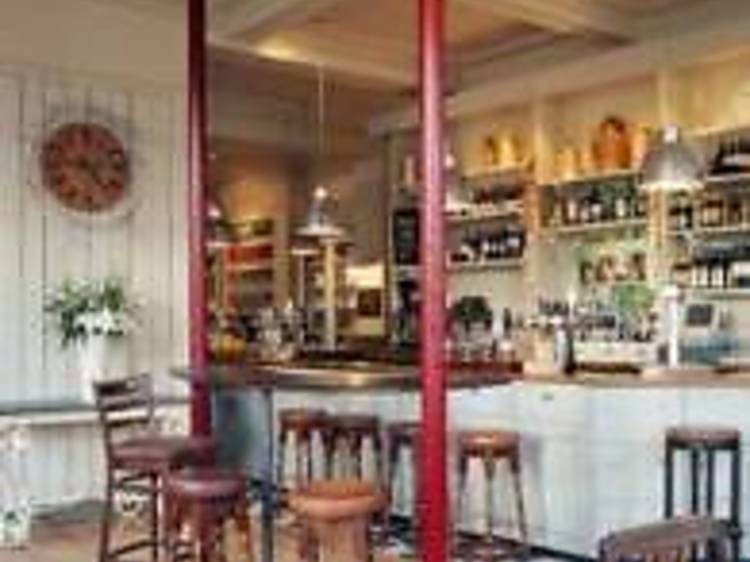 The East Hill sits in the heart of South London in Wandsworth; a homely country pub inspired by long weekends at the country estate (we wish!).With comfy...