6 of the best fitness holidays

From a caveman weekend in Menorca to prison-style workouts in NYC, here are six fitness travel ideas that are fun and good for you

Strap on a pair of fins for open-water swimming in one of five Greek locations with SwimTrek. Swim up to 5km a day round the dramatic cliffs and isolated beaches of Crete; explore sea caves, tunnels and the Princess of Dubai shipwreck off Milos’s volcanic coastline; splash round the 24-island archipelago of Sporades; dive into the Aegean waters between the Cyclades; or check out the marine life in the Ionian Sea. In between, when you’re not hanging out on a yacht or the beach, get to know quiet Greek villages, eat in authentic restaurants and sleep in laid-back locally owned hotels.

Do yoga with beer (or goats) in Oregon

Eating virtuously is no problem in Portland, one of the world’s most vegan-friendly cities. Plant-based plates are easy to come by, not least at fine-dining vegan joint Farm Spirit, which focuses on natural simplicity. Here, rather than meat substitutes, fresh veg are the stars. But life isn’t always #eatclean in Portland: Yoga + Beer holds 75-minute classes in breweries across the city, starting with yoga and ending with a cold one. It also offers outdoorsy ‘detox + retox’ retreats involving craft beer, yoga and stand-up paddleboarding in Bend. But if by healthy, you mean booze-free, there’s always a Goat Yoga session in Corvallis – a vinyasa class where goats jump on you and make you work extra hard by knocking you off balance.

Train with ex-cons in New York

Head to New York City for high-intensity, prison-style workouts with show-no-mercy ex-convicts at ConBody, opened by a former drugs kingpin who lost a lot of weight with a workout he devised in his jail cell. There are studios in NoHo, Saks Fifth Avenue and the Bowery. When the cell door closes at the start of a class, you run through mountain climbers, burpees and chin-ups to a hip hop playlist, while dudes who’ve done time shout at you. ConBody occasionally runs fitness retreats too (the last one was in the Dominican Republic) but we’d go for the original gritty NYC experience. You can follow it up with Hudson river kayaking, a 5k run, yoga in Central Park and a meditation class (by now probably much-needed) as part of the fresh-but-retro Viceroy Hotel’s Weekend Wellness programme.

Run in the midnight sun in Norway

If you travel anywhere for a serious run, make it Tromsø in Norway for the Midnight Sun Marathon in June. Runners begin in the evening, finishing the race (hopefully) by midnight – when the sun’s still up. Situated 400km inside the Arctic Circle, the marathon takes a coastal route before crossing a bridge over the Tromsøysundet strait to the mainland – the views are breathtaking. There are also half-marathon, 10k and 4.2k ‘mini-marathon’ options, as well as a Polar Night Half Marathon on a torchlit route in January for those hardcore enough to brave the Arctic wind and icy ground. The payoff’s worth it, though: in winter there’s a strong chance of seeing the aurora borealis. Possibly the most life-affirming running experience out there.

Get back to basics in Menorca

Office-jaded bodies can rebalance at this ‘natural movement’ retreat by connecting with nature and living like a caveman. Thankfully a caveman who has access to boutique accommodation and a pool in Menorca. Wildfitness will have you and your ‘tribe’ eating nutritionally balanced, unprocessed meals consisting of locally caught fish and fresh fruit and veg. You’ll spend your days combating the effects of perennially sitting at a desk – by running, jumping, playfighting and tree-climbing. There are also yoga, martial arts and dance elements, plus stand-up paddleboarding and kayaking. And you’ll have time to explore the Balearic island’s 200km of coastline and beaches.

You’ve scaled the walls at The Castle Climbing Centre in Manor House, you’ve bouldered at The Arch in Bermondsey. Time to take those skills outdoors – and closer to the tropics. Rock & Sun offers eight-night guided climbing trips in Thailand, where you’ll ascend limestone cliffs from gorgeous sandy beaches or straight off a boat. As well as dramatic scenery, expect monkeys, dolphins and flying fish. Locations for hanging off crags range from the famous Ko Phi Phi to lesser-known island Koh Yao Noi and key Krabi climbing spots Tonsai and Railay. Local guides will make sure you get to a mix of the popular cliffs and secret spots.

Browse the Time Out travel site for more holiday inspiration.

Want to get active closer to home? 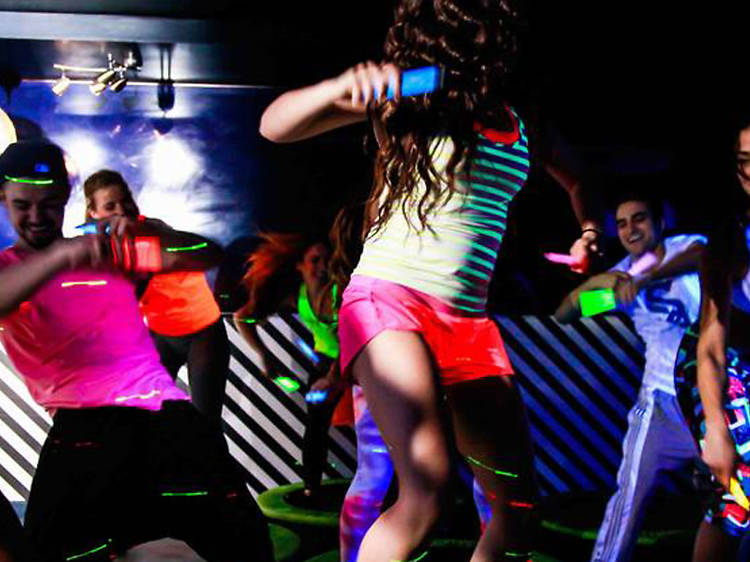