Pounding the treadmill in the gym isn't for everyone and it’s definitely not the only way to keep active. In fact, raising your heartrate and getting a sweat on doesn't have to be boring or repetitive, especially when there are so many unique ways of working out in London. Whether you fancy wrestling, hula-hooping, trampolining, kayaking, pole-dancing or disco-yoga, we’ve rounded up some of the best alternative fitness in London.

RECOMMENDED: Your guide to the best ways to get fit in London 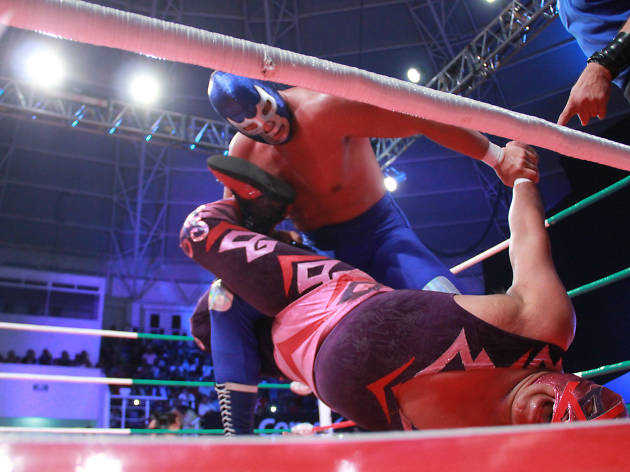 Can you smell what The Rock is cooking? You might be able to at the London School of Lucha Libre. It’s the only one of its kind in the UK, teaching the art and science of British, Mexican, Japanese and American-style pro wrestling. As anyone who has binge-watched Netflix show ‘Glow’ will know: it’s the most showstopping, silly and hardcore way to get fit. 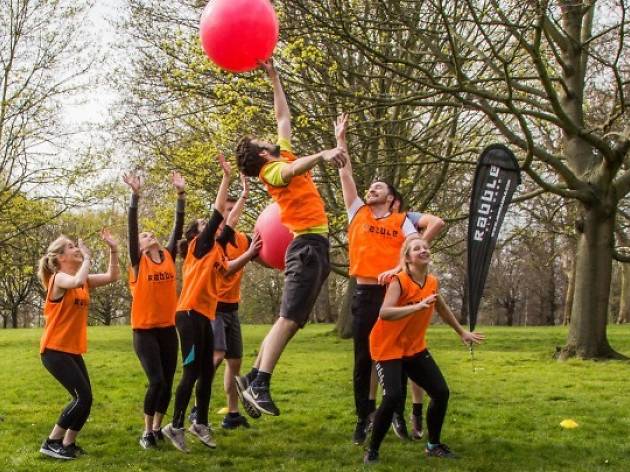 Remember those games you played at school? British bulldog, capture the flag, dodgeball… They’re back – and this time they count as a workout. Rabble’s outdoor sessions feature souped-up versions of classic playground games that’ll improve your strength, agility and endurance. They’re as fun as they were when you were five, too. 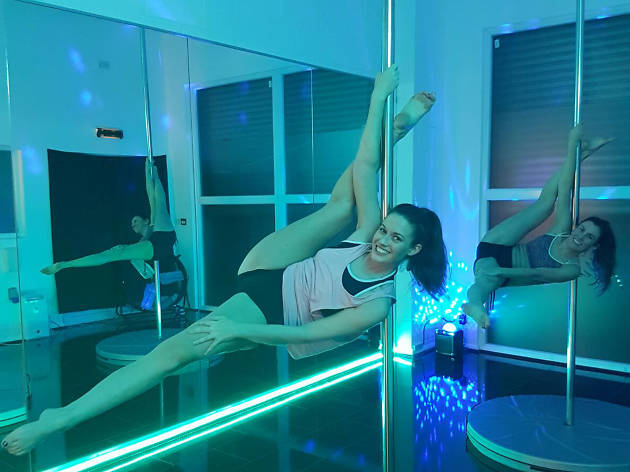 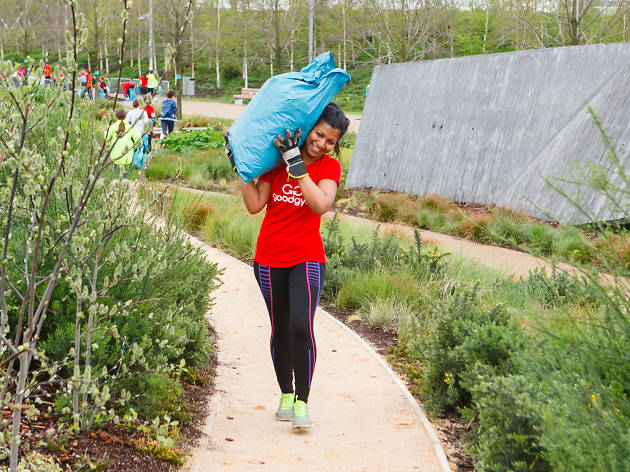 Sure, jogging is a good way to work up a sweat but running in circles around your local park can feel a bit, er, pointless. Give yourself a reason to pound the pavements with GoodGym’s feel-good fitness sessions, which combine running with community projects and helping older people. You run there, do your bit, then run back. Think how great you’ll feel when you throw a good deed buzz into the mix with all those endorphins. 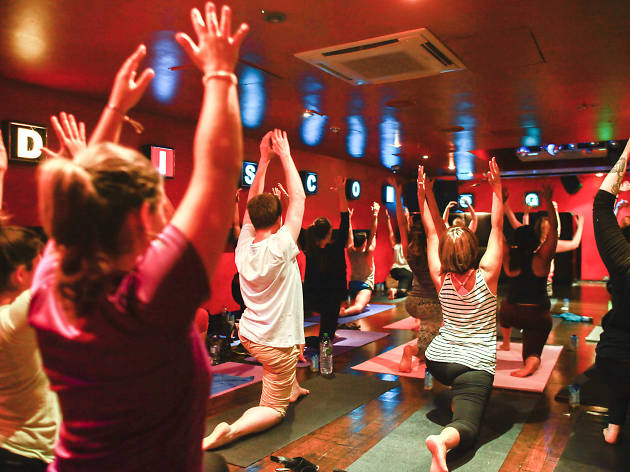 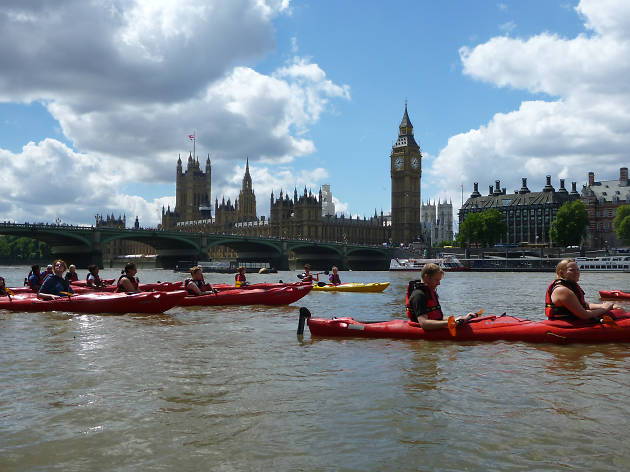 Take the plunge and go on an aquatic adventure with Kayaking London. You can paddle along the Thames to see the London Eye and Houses of Parliament, before returning to Chelsea. All the money the team makes is reinvested in youth and community work, so you’ll be doing some good while you splash around. 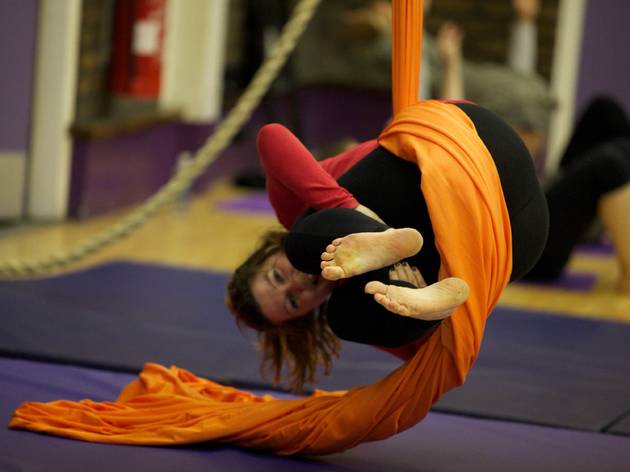 Most exercise classes don’t require you to be suspended in mid-air for the majority of the session, but this is no ordinary workout. Flying Fantastic’s Aerial Trapeze will put your flexibility and core strength to the test, where you’ll learn how to move between different positions while on the trapeze. ‘Cirque du Soleil’-style workouts involve dangling from all sorts of stuff: silks, hoops, slings and ropes. 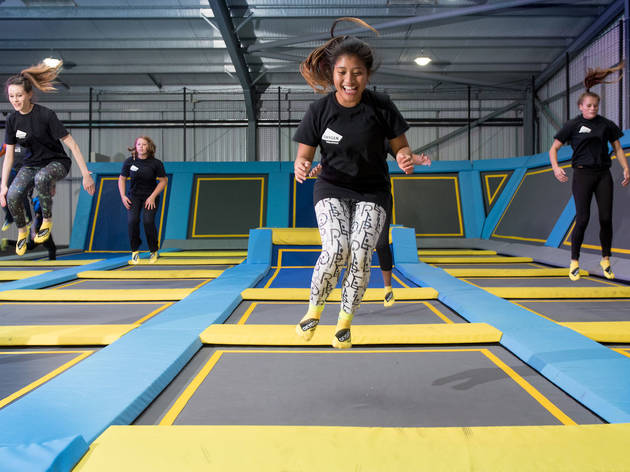 Make like Destiny’s Child and go jumpin’, jumpin’ in a leisure centre filled with more than 150 trampolines. Oxygen Freejumping Park in Acton was the first of its kind in London when it opened and now it has branches in south and east London too. Head there for a simple bouncing sesh or join one of the fitness classes, obstacle courses or trampolining courses. 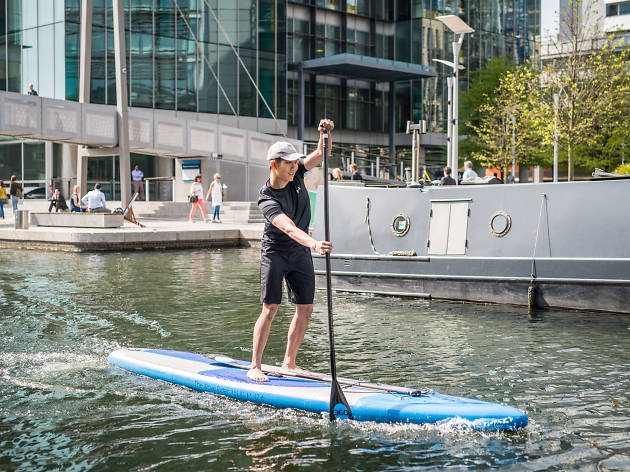 Spending a few hours picking up litter might not sound like an obvious way to work your core, but your body will definitely feel the effects after a Paddle & Pick session with Active 360. You’ll paddleboard around London’s waterways, cleaning up the canals and removing plastic waste as you go. It’ll seriously test your balance and you’ll be doing David Attenborough proud. Win-win.

Top up your vitamin D levels and get those endorphins pumping at this speedy HIIT session. Zip Fit Club offers 30-minute workouts in parks all over London, which are specifically designed to combat the effects of being slumped over your keyboard all day. You’ll work on lengthening tight hamstrings, toning up your legs and bum and strengthening your core. It’ll be over before you know it, though your muscles might be aching for a few days.

Get gloved up in London 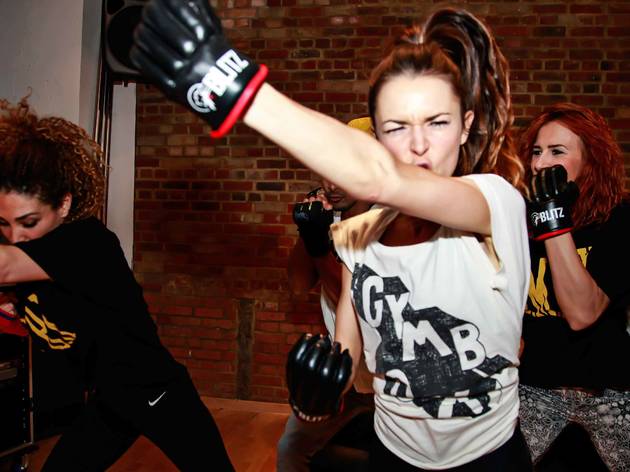 Get fighting fit at the best boxing classes in London.