Can you tell us about ‘Mayday’ and the character you play?

‘I play Fiona, who’s a former police officer and mother of three children. She lives in this village and is married to a copper. A child goes missing, and Fiona knew her because she babysat for her children. Everybody suspects everybody else…’

Is this idea of a close-knit community torn apart by a shocking incident reminiscent of ‘The Slap’, which you also starred in?

‘I hadn’t really thought of that. But I tend to take each project separately. Sometimes elements of one character might be useful in playing another, but I dont think that was the case here.’

Is it right that only the person playing the culprit was told who was reponsible for the crime in ‘Mayday’?

‘Yeah, we didn’t know what was going to happen in the last episode, so there was a mystery unfolding. And the script was changed around a lot as we filmed, which added another element of mystery! I’ve had a really good time doing it – top actors everywhere I turn.

‘I’ve worked with [co-stars] Peter McDonald and Lesley Manville before, so I knew it was going to be fun. If Lesley likes something, you know it’s got to be worth looking at it. Sometimes you’re taking a gamble, but I thought the story for “Mayday” was interesting. I wasn’t sure it entirely worked, but I thought trying to make it work out would be a bit of a trip.’

Did the script hook you?

‘Yeah – I didn’t know which way it was going to go, so I was making choices without knowing how it ends.  You just have to trust the director. We shot things in a lot of different ways according to the different suspicions the character might have. It’s been really interesting as an acting challenge. I don’t usually watch myself, but I’m really intrigued to watch this because I don’t quite know what kind of character I’ve ended up playing.’

Why don’t you watch things you’ve been in?

‘I don’t think it’s helpful for me. I see how I behave on camera and it makes me a bit more self-conscious the next time. Even if I like what I see, I start thinking about it, which i don’t find helpful.’

Don’t you ever wonder how well something’s turned out?

‘A bit, but I tend to go by how interesting I found the whole experience and whether I want to work with someone again. Whether it’s a hit or not doesn’t sustain me.’

Do nominations and awards matter?

‘Every actor will say they don’t matter. They’re really helpful as currency for getting things off the ground, but they don’t get me going in the morning!’

What have you got coming up?

‘I’ve just finished doing “After Earth” with Will Smith. It’s a real family affair – Jada [Pinkett Smith]’s brother was the producer, and I played Will’s wife and Jaden [Smith]’s mother. I do have a really interesting life, doing that, then “Mayday”, then reading at the Royal Court…’

Is this what you had in mind when you started out?

‘I think my life has worked out pretty well. I can do different projects in TV and film, but not get hassled in any way. Real fame wouldn’t be for me.’

Read our review of the first episode of 'Mayday' 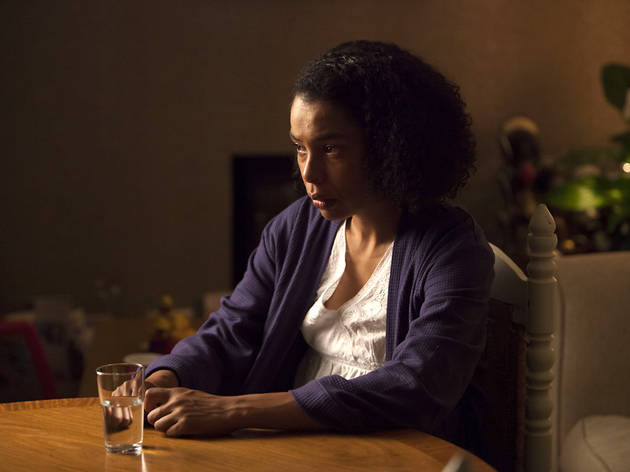 The residents of a Sussex town respond to the disappearance of their May Queen. A search party is deployed and quickly gets out of control. A violent father locks a mysterious bin bag away from prying eyes. A local policeman’s jittery behaviour rouses the dormant investigative instincts of his wife, a former copper. It’s one of those shows where everyone’s a suspect.