Sue Perkins on cakes, Coren and coming out 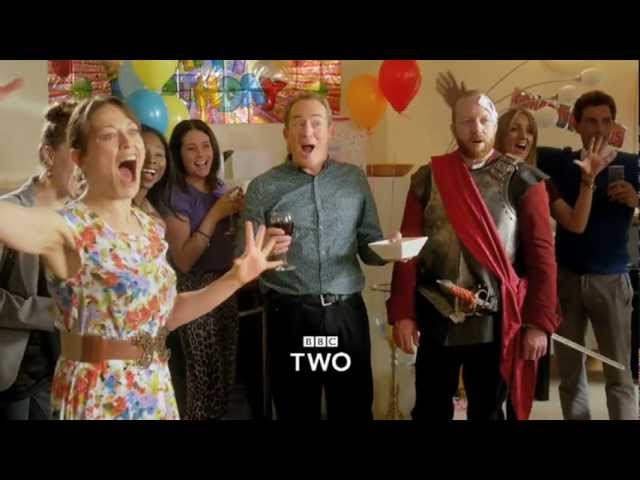 It can take years to be an overnight success. Take Sue Perkins, finally a primetime fixture thanks to ‘The Great British Bake Off’ with Mel Giedroyc, a hit some 15 years after the pair first came to attention fronting cult daytime chat-show ‘Light Lunch’. In the intervening years, her combination of chutzpah and fierce intelligence have seen her do time on ‘Celebrity Big Brother’, conduct at the Proms in ‘Maestro’, and form a second fruitful onscreen partnership, this time with Giles Coren on ‘Supersizers’.

Now, she leaves formatted TV and co-presenters behind, writing and starring in a new BBC2 sitcom. ‘Heading Out’ is about a London vet whose friends buy her therapy for her 40th birthday so she can finally come out to her parents.

You’ve written and star in a new sitcom, ‘Heading Out’. How much are you like your lead character Sara?

‘Sara is shy, like me, but she’s also awkward and grumpy ­, which I’m not. Like Sara, I’m terrible at dating. I can’t look at people. I go red. I’m so nervous. People who have ever dated me think, “God, she looked so cool on television and she’s such an idiot in real life.” They end up not wanting to come anywhere near me.

‘I suppose people will assume [the character] is totally me, which will be quite annoying. It’s semi-autobiographical. Bits of me and bits not. I put her into more extreme situations than I’d get in myself. Life doesn’t usually throw up a catechism of pun-inducing scenarios. But there’s a kind of sweetness and honesty to the piece that I hope is me.’

We are more used to you being feisty than sweet.

‘On panel shows, I feel that I must be quicker and faster than anyone because I often carry the weight of being the only girl. Sometimes that expectation has made me really unfunny. I’ve been so desperate to be good that I haven’t been able to relax. I made a lot of mistakes early on that way. You have to be seen to be relaxed and playful.’

‘Mel and I drive each other to hysteria, like kids, with our stupid puns as we did in our double-act days. [‘GBBO’ judges] Mary [Berry] and Paul [Hollywood] are very funny, too. They’re like mother and son. There are trials and tribulations sometimes, because it’s a big show to roll out, but it’s a happy ship. Though I’ve had a big old cake belly on me recently. I do stuff. Oh! Do I stuff!

‘Mary Berry is an adorable woman. Very complex. At points ethereal, regal, brilliant, witty and knowledgeable ­ yet also steely. She’s a feisty businesswoman and she’s playful ­– that’s what people don’t see. We all make each other giggle.’

Even though you’re pretty famously gay, some people do persist in thinking you’re married to Giles Coren, your co-star in the ‘Supersizers’ series.

‘Yeah, yeah, all the time. We were just on screen together. I do love him though, and I’ve always slightly fancied him. I love his uncompromising brilliance. He’s so fearsomely clever. But we’re not a couple.’

‘A sitcom has to be set in a specific world. This is an urban practice with lots of worried owners, so there’s a chance to write very fretful characters. I thought, whether you’re rich or poor, black or white, Catholic or Jewish, you unite when you bring your pet to the vet. But “Heading Out” also works as a weak pun on “coming out”.’

You were outed rather publically by your ex-partner Rhona Cameron on ‘I’m a Celebrity… Get Me Out of Here!’ in 2007.

‘I was already out to my parents. Rhona didn’t disclose my sexuality; I’d already done that myself. “Outing” is a very emotional phrase and I certainly didn’t feel she did that. She disclosed things about us when we’d been together that I wished she hadn't. That's all. So I think it’s worth correcting – it’s technically not true.’

Did you have as much trouble telling your parents as Sara does?

‘When I was 28, I made a big deal of ringing them and being rather grandiose down the phone, saying: “We need to talk” in a weird, declamatory way. My mum said, “Do you want to tell us you’re gay? Or is there something really wrong?” And I thought: You’ve robbed me of my moment, my big moment!’

So ‘Heading out’ is as much about honesty as gayness or being a vet?

‘Exactly. It’s using the gay thing as a prism to talk about the fact that, however old you are, whenever you go to your parents you’re still a child. Coming out to your parents is more about saying “I’m having sex” than anything else. Straight people don’t have to do that, and it’s really icky.

‘It’s sort of, “Err, why would I ever tell you that under normal circumstances?". It’s about the awkwardness of the parent-child dynamic and the fear of disappointing them, rather than the sexuality issue, which is just another thing like breathing.’

Is it a chance for you to be a little more serious?

‘It’s something that puts me, my life, my world, firmly in the mainstream. A lot of gay comedies and drama exist in an exclusively gay milieu and I don’t recognise that. This sitcom is about how we all fuck up occasionally. Not just our sexuality. The heroes are the true friends who go, “Oh, for God’s sake! It’s time to sort yourself out!”.’

Would you like to do more non-cake based projects?

‘I hope to write more. I’m not interested in the business or the money. I’m really interested in creating things. I’ve just set up a production company and I’d like to pay people to do internships and to learn a skill. To sit with the sound crew or do the lights for a few days. I’d love to do that, I suppose, in the absence of children of my own. I’d like to have loads of cocky foul-mouthed teenagers putting me in my place while I pay them.

‘The media is still cliquey. Still Oxbridge. There are so few places for kids to come into it now. But I feel very lucky and I’ve had this truly magnificent chance to work on this series for the last six months. I’ve loved it. It would be churlish not to have a big grin on my face after that, wouldn’t it?’