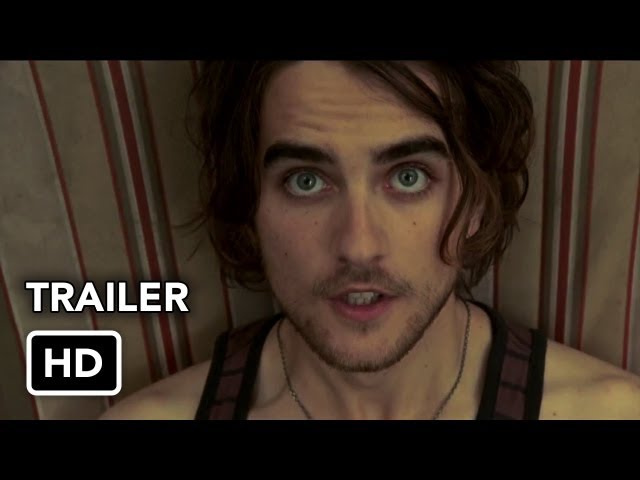 Carnivals. Gypsies. Werewolves. High schools. Gothic piles. Vampires. Suggestions of sexual transgression and incest. Bloody murder. Famke Janssen essaying a bewildering accent. No one could accuse director Eli Roth and writer Brian McGreevy of holding back as Netflix launches its next foray into genre television after its superlative ‘House of Cards’ remake. ‘Hemlock Grove’ – based on McGreevy’s novel – borrows liberally from everyone from Bram Stoker to David Lynch in its fusion of ‘Twin Peaks’ and the classic horror and (based on its opening three episodes) it’s a lot of fun.

‘I’d always wanted to do something in television, but kept coming up against the same conflicts. First, that I’d never get to do it with the level of intensity or violence that i wanted. And second, the great thing about horror is that you can kill characters at any time, while what makes television great is that you have the same characters coming back week after week. Watching shows like 'Game of Thrones' and 'Boardwalk Empire' showed me how you can have something that plays much more like a long movie. Netflix adheres to the same ratings as the movies, so I knew I couldn’t have incredible graphic violence. But what is exciting is that every episode goes up at once: we don’t have to worry about cliffhangers and getting the audience back the next week. It freed us creatively – and at the end of the episode you’ll receive recommendations of other things you might like, so people can go off and watch [Roth films] 'Cabin Fever' or 'Hostel'. It’s a great way of expanding your fanbase! People will look back and see now as the time when things really turned. It’s still hard to get a movie out in 2,000 theatres, but now you can do a TV show and have it available in 30 million homes.’

And why ‘Hemlock Grove’?

‘Brian McGreevy’s source novel reminded me of some sort of monstrous 'Twin Peaks', about the death of old steel-town America and what rose from the ashes, this biotech world. I liked how Brian went to the root mythology of each monster in the story. He understood what Bram Stoker and Mary Shelley based their writing on and weaved it into a fun mystery.’

What do you think of working in the multi-episode format?

‘When you’re making a television show, it’s about the story and arc of the show rather than any particular episode or director. We had a terrific team, and it was interesting that we could go back and add something into episode two if we’d got to episode seven and something wasn’t quite clear, because the show hasn’t aired yet. The trick is to maintain one tone and creative voice.’

With ‘The Walking Dead’ and ‘American Horror Story’ picking up plaudits and viewers, how do you account for the rennaissance in TV horror?

‘A lot of the best dramatic writing has moved over to TV and I think the audience is ready for it, with shows like 'Game of Thrones' playing out over a long period and in a really adult way, with violence and sexuality at the heart of the stories. Audiences have got more permissive about what they’ll allow and what they wanna see – the violence can be pushed much further. But there’s also terrific writing. Ryan Murphy [‘American Horror Story’] and the guys who do 'The Walking Dead' are superb writers, so you’re seeing a lot of great writers infusing terrific dramatic storytelling into the horror genre and letting it play out over a long season rather than a two-hour movie. Audiences love going back week after week for that fix.’

How do you feel about the ‘Twilight’ effect?

‘It’s the evolution of the genre – there’s always going to be someone coming up with a new twist, whether it’s 'Paranormal Activity' reinventing the haunted house movie or 'Twilight' mixing the vampire genre with a romance novel in the way 'Interview with a Vampire' did years earlier. I think it’s great. I went with my girlfriend because I wanted to understand what these films were. Every screen in the multiplex was sold out, packed with teenage girls and married women who’ve escaped their husbands for the night. It was a frenzy and I just felt the energy. It was getting 12 to 14-year-old girls really excited about the possibilities of horror. And now we’re four or five years on, those girls will have grown up and might want to see other films with similar themes but done in a much more adult way.’

Season one of ‘Hemlock Grove’ is available on Netflix from Friday April 19.