What was the attraction of ‘Life of Crime’?

‘I wanted to do it with [director] Jim Loach, having really enjoyed “Oranges and Sunshine”. And I like things that have time to breathe. I liked the idea of following characters through three time periods: the ripple effect of someone’s actions on the people around them over time.

‘[Co-star Hayley Atwell’s character] Denise does something that calls into question everything about what they do and who they are – that sense of identifying who you are through what you do for a living. In this case, Denise and my character, Ray, work for the Met police.’

The first episode takes place against the backdrop of the Brixton riots. What sort of societal changes are reflected in later episodes?

‘The second happens around Diana’s death and the third is now. It’s interesting to look at how policing changes between then and now. Policing has been helped immensely by technology – it’s completely different now, except now you have the Big Brother thing of a surveillance society as well.’

Did you talk to any Met officers?

‘An old schoolfriend is a high-ranking police officer – although not in the Met – who’s been very useful for advice and help over the years. His experiences have actually been quite similar to Ray’s: a slow ascent through the ranks. He’s doing quite well, but he’s not running the force – he isn’t destined to be a leader of men.’

Did you have of your own run-ins with the police that you could draw on?

‘Ha ha! I had a couple of run-ins, but nothing major. We all had the odd brush with the law, a bit of shoplifting, but nothing to interest someone like Ray!’

Did you have to be aged over the course of the drama?

‘I aged down for episode one, to my late twenties, episode two is about my own age [39], then I aged up for episode three to mid-to-late fifties. It's quite disturbing. Sometimes you get in the chair at five in the morning and doze off while they do their work, then you wake up at seven and have this terrible glimpse into what might be…’

You’ve said you struggle to leave roles behind you. Was this the case with Ray in 'Life of Crime'?

‘Not so much. I’m very much a supporting character – it didn’t ask a huge amount of me, which was part of the appeal. To do something a bit less intense after doing a film like “Pusher”.'

How was working with Jim Loach in reality?

‘Great – I knew it would be as soon as I met him.  He’s very gentle and sure-footed, a great collaborator. I like someone whose open to ideas like that. He has a manner about him, a tenderness and a sensitivity, and I respond to that.’

How did it compare to working with Madonna on ‘W.E.’?

‘Ha ha! Very different. Madonna was a surprisingly good director. Some off the notes she gave me were some of the best I’ve ever had – surprisingly so. I wouldn’t have wanted to cross her, but luckily I didn’t.’

You’ve said film is more collaborative than TV – is that the luxury of time?

‘Yeah. I feel more diligence is taken prior to film shoots, between director, producer and actors. It seems more of a priority to get everything working as a collaborative whole. But TV can be thrilling for different reasons: it’s great to have to trust your instincts and test different muscles.’

Does it frustrate you that people still associate you with ‘Coupling’?

‘No, I’m really proud of that show. It’s always nice when people are complimentary about it. It’s grand.’

Read our review of 'Life of Crime' 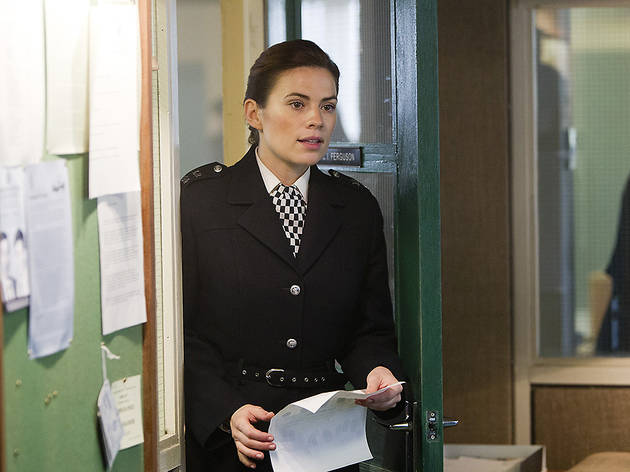 It’s 1985, when coppers were racist, sexist and not above knocking a few heads together. A tough environment for a principled young Met policewoman like Denise Woods (Hayley Atwell) as she tucks into her first major case – the murder of a 15-year-old girl – and Brixton simmers to boiling point on her doorstep.