The Phoenix is a rather fitting name for a bar that’s been given a second chance at life. The Beverly Hills-adjacent community’s once beloved destination for bottomless mimosas has risen again—it’s just a little different than how regulars might remember it. First of all, the new West Third Street spot from owner and chef Adolfo Suaya has a stark white, English pub exterior that sets the mood for a more refined imbibing experience. That Midwest farmhouse vibe you may or may not have appreciated is no more. Instead, Phoenix 2.0 is sprinkled with marble, brass light fixtures, vintage mirrors and tufted banquettes. It’s the perfect setting for sipping top-shelf liquor, of which there is no shortage: 200 kinds of cognac, bourbon, brandy, scotch and whiskey all curated by Ryan Sweeney. Don’t worry, there’s still a fantastic selection of craft brews, because this is Sweeney we’re talking about here—the guy who brought us Surly Goat and Little Bear. It seems LA’s beer king also knows his liquor (ahem, Blind Donkey). Wet your lips with a Hennessy X.O. neat or one of the bar's spirit-forward cocktails, like a Godfather made with Pierre Ferrand. Soak it up with a carb-heavy menu of bread and pasta and a skirt steak that comes with even more bread. There’s also chicken paillard. At least there are more options than steak frites, right?

Good for: A laid-back place to booze with neighbors, friends and coworkers on any given night of the week. With an abundance of long communal tables, booths and high-tops, there’s never any trouble finding a seat. The staff is friendly and has a wealth of knowledge, which can come in handy when you’re stumped over which spirit to try.

The scene: Easy-going, casually dressed West Third Street denizens scatter throughout the sprawling space, cheers-ing to the end of their work week. Low lighting and elegant decor hamper the potential for debauchery. That’s not to say it’s a solemn gathering of hushed conversations and the occasional clinking of glasses, though. Phoenix LA maintains that same relaxed atmosphere that drew patrons to it in the first place.

Drink this: Ever had Japanese whiskey? Give 12-year Hakushu a try. You’ll get the most mileage out of a 1oz pour ($13), whether you order it neat or with a splash of water. You’ll want to take your time with it, which might be hard since it’s just so smooth. If you feel like splurging, opt for the Hennessy X.O. ($29 for 1oz, $52 for 2oz.), which stands for "extra old and complex"—a hot commodity at Phoenix LA, according to Sweeney. The good news is that the steep price tag does reflect the quality; this might be the tastiest cognac to ever hit your lips. There’s also an eight-strong cocktail menu—the frontrunner being Smokey and the Bandit ($12). Made with Laphroiag scotch, Wild Turkey rye, Peychaud’s bitters and sugar, it’s basically a peaty sazerac, which might not be everyone’s cup of tea, but is overall very balanced and easy to drink. As for craft beer, this is not the place to play it safe. Get a little crazy and order a Craftsman Cuvee de Masumoto sour from Pasadena ($10) or the "mother of all trippels" according to the brewery, from Belgium's Trappist Westmalle Abbey ($9).

Our tip: Looks like a bit of the old Phoenix is coming to the patio out back, which isn’t too exciting at the moment. Sweeney tells us to expect board games from the original location, along with everyone’s favorite oversized Jenga set. 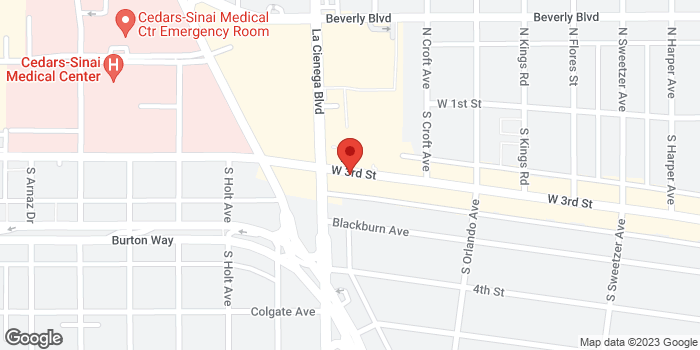