Los Angeles has long been a breeding ground for great young comics who go on to hit it big (whether stand-up, improv, podcast or YouTube stars). These 10 comedians are poised to be the cream of 2017's comedy crop; here's who to keep an eyes on this year, and where to do it. 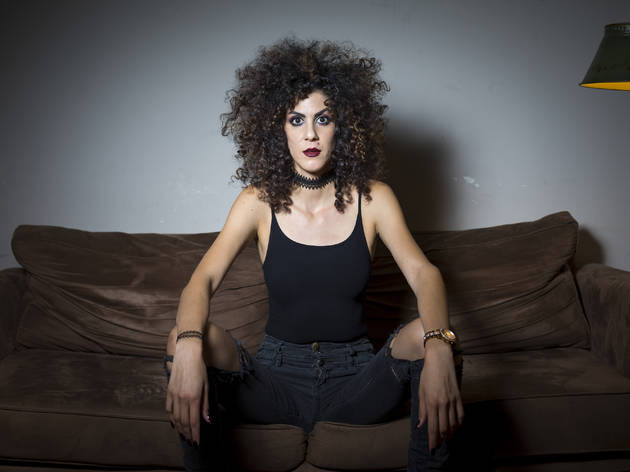 Arguello is outspoken and fearless; this also makes her, at 6'2", a little intimidating. Fortunately she's always on your side. Her friendly stand-up—which travels from the hot-button topics of race and sex to hilarious impressions of Beyoncé and Drake—has won over crowds in clubs across the country.

See Arguello perform at Scandalosa on Jan 18 at UCB Sunset at 7pm. 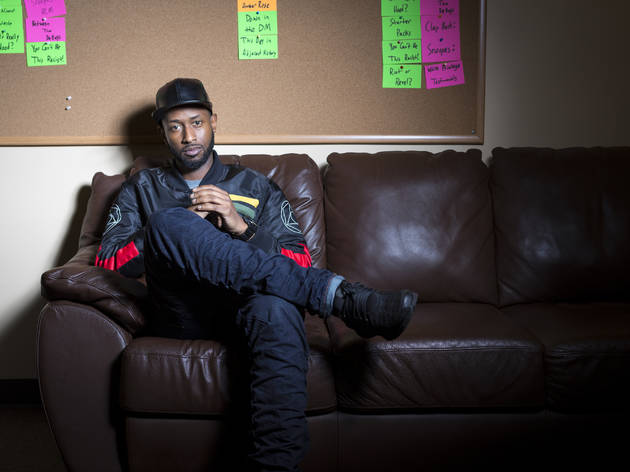 Davis may soon have to retire his on-point Baracka Flacka Flames Obama impression, but he's too busy to care. His live show, Urban Dictionary, in which guest comics must use specific modern slang in their sets, led him to the popular Snapchat show Swagasaurus, and he continues to kill it in the clubs and on the alt scene.

The funniest thing about L.A., according to Davis: "Our reaction to the weather. If the temp drops below 60 degrees, that's a blizzard to me! If you can't wear shorts, just cancel all the day's activities. We're allergic to jackets over here!" 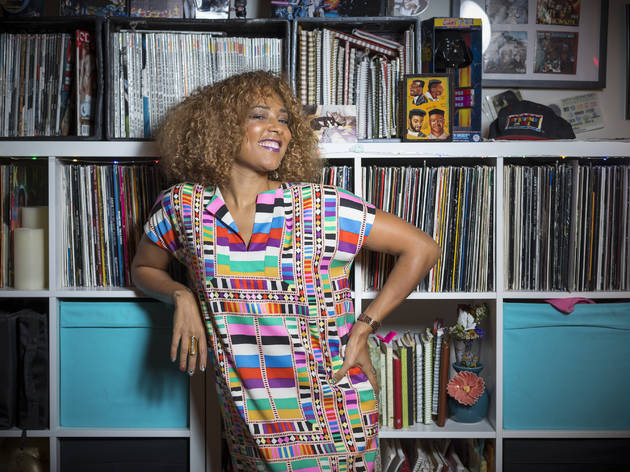 Seales is a comedian, but it may be more accurate to just say she's running shit. In addition to acting and hosting gigs on TV, she has several self-produced digital series under her belt and still runs three recurring live shows, all of which unapologetically tackle topics ranging from race to dating in L.A.

The funniest thing about L.A., according to Seales: "It's the only place where being told you're 'accessibly exotic' is considered a compliment."

See Seales on HBO's Insecure and as the host of Tru TV's "Greatest Ever." 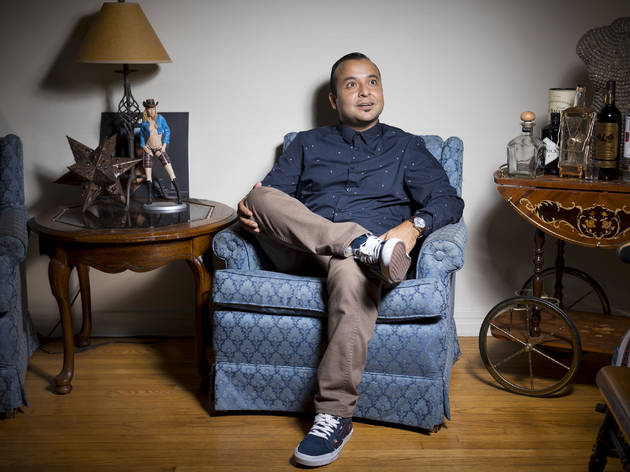 You may not know Quinones, but you probably know Creeper, one of his characters from this year's viral faux work-out video "Cholofit." Quinones's characters (mostly based on family members) are subtle, specific and not the least bit cynical—and are all the more funny that way.

The funniest thing about L.A., according to Quinones: "True story: I delivered sushi to Robin Thicke and was almost hit by Jon Hamm in a crosswalk while eating a taco de cabesa. On the same day."

See Quinones on The Funny Drop series on the Más Mejor YouTube Channel. 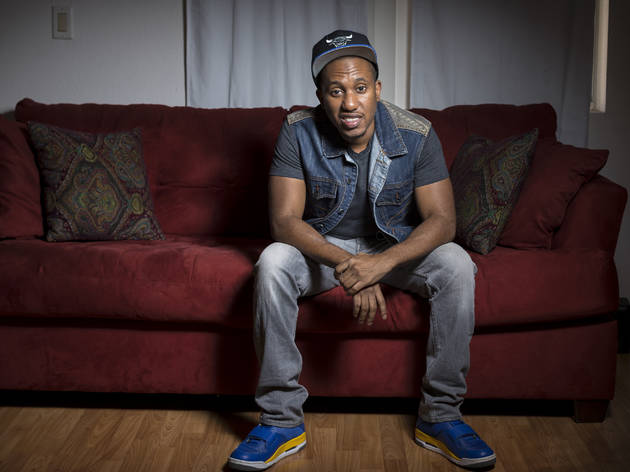 Before comedy, Redd pursued rap; both skills helped him to steal the show in 2016's mockumentary Popstar: Never Stop Never Stopping. He came up in the Second City in Chicago and tackles the struggle of keeping it real when you come from the 'burbs—and he occasionally breaks into rhyme.

See Redd in Chris Redd & Friends on Jan 28 at 10pm at UCB Franklin. 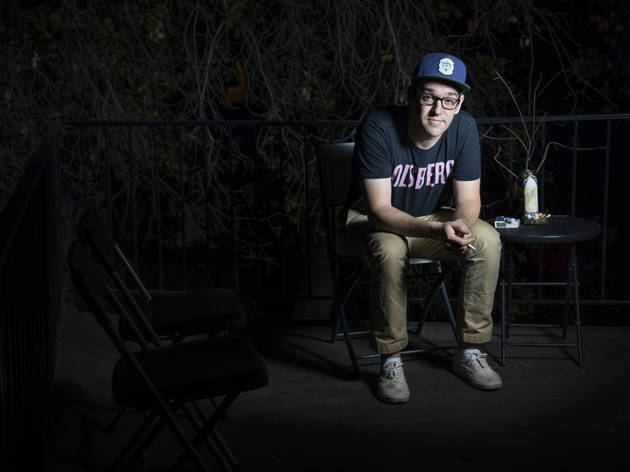 Ross is a patron saint of the L.A.'s indie stand-up scene, running some of its most iconic shows, including Good Heroin and the now-defunct Holy Fuck. His humor is simultaneously despairing and hopeful, offering lessons from someone who calls himself "loud and smart and dumb."

The funniest thing about L.A., according to Ross: "The 'chill' stereotype is true. Everyone is definitively mellow. You don't really notice it until you drive on the 101 and everyone is merging so slowly they almost kill you. Hey L.A., put down the vape pen and drive your fucking car." 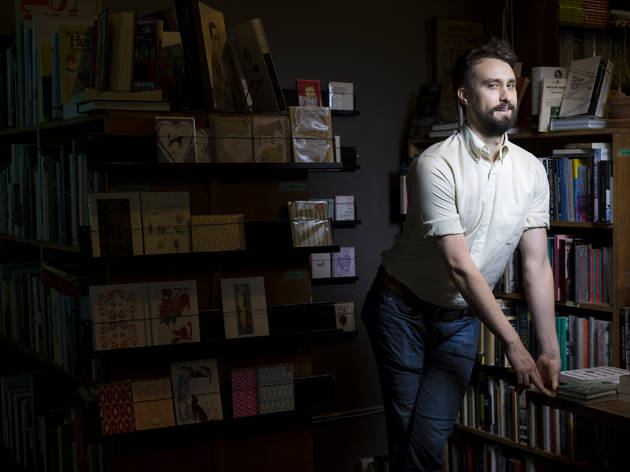 With deadpan delivery, whether he's talking about bad relationships or how to eat pizza, Ingebretson shares observations that never end up where you think they will. His short films have a similarly detached tone and explore even stranger situations, but always with joyful silliness.

The funniest thing about L.A., according to Ingebretson: "The men and women who straight-faced refer to themselves as 'agents,' like they're fucking spies."

See Ingebretson in Good Heroin every Saturday at Stories Books & Café at 8pm. 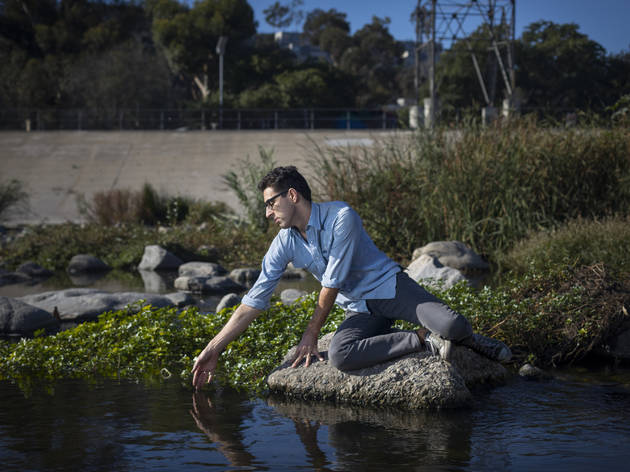 Sherwin is a self-described word dork who's made a name for himself as a comedic rapper, performing original songs onstage and for episodes of Epic Rap Battles of History and Crazy Ex-Girlfriend. He achieves the complex feat of getting audiences to think, laugh and thunderously applaud all at once.

The funniest thing about L.A., according to Sherwin: "Every time I pass the Normandie Ave sign on the 101, my brain compulsively anagrams it to Evade Ironman, and I imagine him swooping around attacking cars on the freeway as they try to get away. Really livens up the drive!" 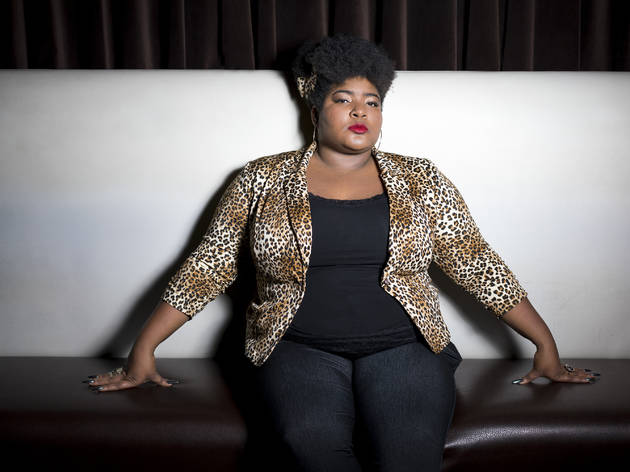 Sloan may be young, but her stand-up is world-weary. Originally hailing from Atlanta, she has seamlessly translated her Southern sensibilities to the SoCal scene. With unflagging confidence, she shares revelations and indignations we can all relate to.

The funniest thing about L.A., according to Sloan: "Men here are so small. Like lil'. I'm from the South, I'm used to whole men. You know the ones that build furniture and pull transmissions for fun. Whole men. I don't get it. It's probably all the avocado they make y'all eat." 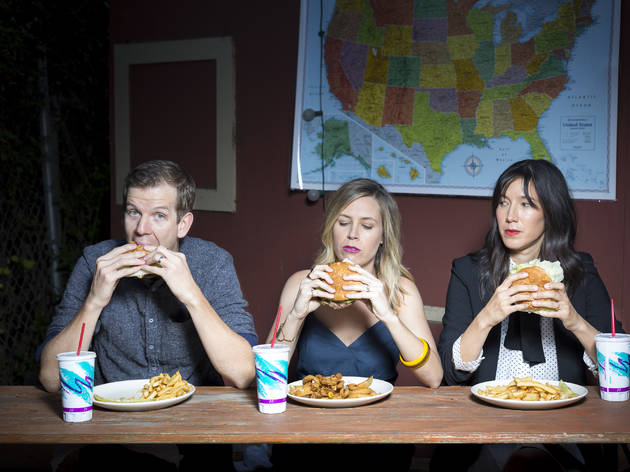 Grill, Hobby and Bugge write, produce and host the three-years-running character showcase American Town Hall. Each show is a fictional town hall meeting set in a different city, and all of the show's guests perform as imagined people making requests or airing grievances. The three hosts play officials leading the meetings, always with goofiness and tenderness.

The funniest thing about L.A., according to American Town Hall: "The luxury apartments at the Americana. Who wants an ocean view when you can watch the sun set behind the Cheesecake Factory?" 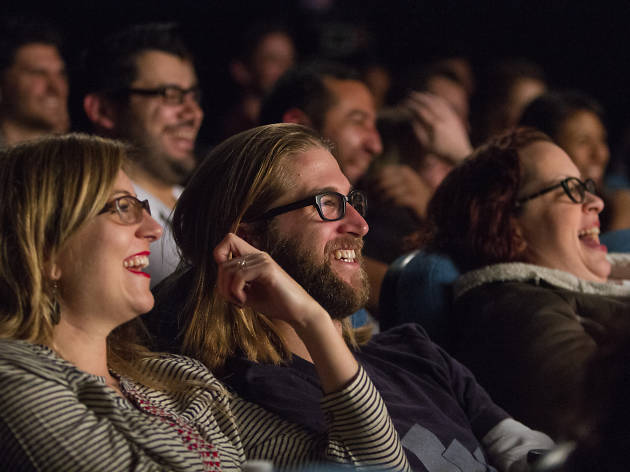 There’s no shortage of cutting-edge comedy throughout L.A.’s famous clubs, from live podcasts at Largo to improv teams at UCB. Keep tabs on your favorite stand-ups or up-and-coming comedians!