The usual trendy dining room mix of R&B and conversation might drown out the sounds of the ocean, but the beachside influence is obvious at Ryla in Hermosa Beach. Located a block from the Pacific, the stylish, fairly new restaurant features the type of moody, dark interior design you might mistake for a space in West Hollywood, but the relaxed, friendly service and casually dressed crowd make it clear you’re figuratively, as well as literally, miles away from more tryhard nightlife destinations closer to L.A. proper. Owned by Mike Simms and David Lefevre, the same pair behind Manhattan Beach’s Fishing with Dynamite (plus the Arthur J and M.B. Post), the restaurant adopts the same winning formula of top-notch culinary talent and ultra-chic interior design. The result? Another polished, upscale neighborhood eatery in the South Bay worth visiting over and over again.

Here, husband-and-wife duo Ray Hayashi and Cynthia Hetlinger’s seasonally inflected menu leans mostly Japanese, with polished versions of staples like tonkotsu ramen and pork tonkatsu, plus an array of exceptional small plates that make for satisfying bar snacks or an elegant prelude to a multi-course meal. Ryla's curry rice utilizes twice-braised beef tongue, seasonal vegetables and a welcome dose of heat that rises in your throat after each bite—a hearty, comforting blend that might not necessarily catch your eye when pitted against the summer truffle fried rice printed right above it on the menu. Topped with ample shavings of the luxurious mushroom, the latter might seem more obvious choice for a big-ticket night, but both rice dishes are equally delicious in their own right. Additional safer, straightforward New American offerings like white sesame Caesar salad, roast chicken in plum wine jus and New York strip served alongside freshly grated wasabi cater to less adventurous clientele, though each main still possesses nuanced flavors and well-executed technique.

Since its opening in February, however, Ryla's share-style plates have been the crowd (and critical) favorite, and for good reason. Every single one hits its mark. The standout Hokkaido milk bread paired with a tobiko-seaweed spread makes its way onto every table, a four-piece pull apart symphony of softness, creaminess and salt. Craggy, deep-fried pieces of hot chicken karaage remain light and crisp. Even the good ol' oyster feels radiant when each freshly shucked bivalve tastes of sweet, refreshing hibiscus gelee and chopped shiso leaves. Don’t neglect Ryla’s locally sourced, highly seasonal vegetable dishes either; on our visit, the standard beet-and-cheese salad seemed brand new with candied walnuts, espresso-tinged mascarpone and a slightly bitter arugula pesto.

Ryla’s drinks program is as equally skillful as its culinary offerings, thanks to a solid array of adorably named cocktails that don’t skimp on quality or booze, including the Wind Up Bird Chronicle. Named after the Murakami novel, the cloudy pisco punch comes sweetened with pineapple arabic gum-laced simple syrup. A glittering minimalist wood cocktail bar, open for walk-ins, straddles the line between intimate date night spot and ritzy locals’ watering hole (see: the flat-screen TV), though the restaurant’s interior design chops and attentive, well-versed bar tenders sharply deviate from the more bro-y sports bars and breweries that make up much of downtown Hermosa Beach. At first blush, Ryla’s more upscale offerings might seem out of place in the South Bay locale full of takeout joints hawking casual burgers, pizza and beers, but the Japanese-inflected New American eatery feels like the perfect trendy upscale neighborhood spot, as well as a worthwhile destination for anyone making a trip to the beach—particularly with the restaurant’s soon-to-launch brunch service.

The vibe: Dark and sultry inside, the restaurant and bar area skews upscale-casual. A small open-air patio out front draws more light, with pull-down shades that protect from colder, windier weather.

The drink: Cutely named cocktails like the Wind Up Bird Chronicle and Not So Berry White, plus a large selection of sake, wine, beer, coffee and tea.

Time Out tip: Ryla is the kind of restaurant that’ll most likely end up in your regular rotation. On your first visit, don’t try to order everything at once; you’ll be back before you know it. 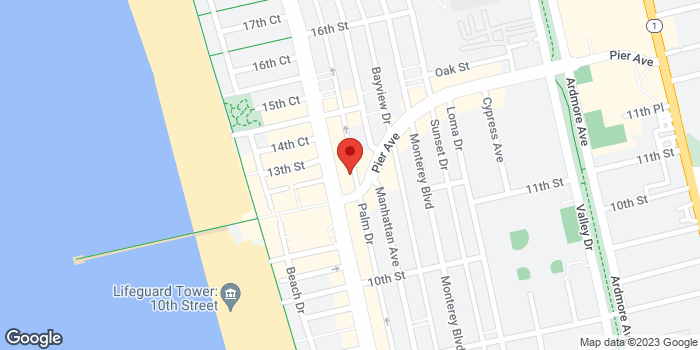