Tacos, steaks and killer cocktails are making waves at this fun Frogtown hangout.

“Is Salazar good?” someone asked me recently, to which I replied, “It’s fun.” That’s not to say that Salazar isn’t good—it is, in fact, pretty great—but it’s also a blast, in the way that impromptu day drinking in your friend's backyard is a blast. I say this after we waited almost two hours for a seat (granted, without a reservation), a period of time that would normally make me throw my hands up in frustration and walk out. But Salazar, a former mechanics shop turned taco and cocktail haven, is worth the wait. One easy way to pass the time: Grab a drink at the bar and hang out in their twinkling, gravel-lined courtyard while you wait for that “Your table is ready!” text from the hostess stand.

Once inside, the pared-down menu allows for easy ordering. Chef Esdras Ochoa, who made his name with Mexicali Taco & Co., channels his devotion to fantastic tortillas and mesquite grilled meats through a selection of tacos, sides and steaks. Consider the tacos an appetizer and start from there. The pollo asado might seem like a safe choice, but it was my favorite—the chicken is tender and grilled to perfection, and I wished I had ordered more of them. The al pastor is a winner, too—topped with a charred slice of sweet pineapple and preceded by a beautiful, smoky aroma, it’s a little more luxurious than, say, its counterpart from Leo’s (then again, the tacos at Salazar are all $3.75, not $1.25). I was smitten by the carne asada, but the sweet potato taco, one of Ochoa’s rotating veggie options, was a little lackluster. Avocados, salsa vaquero, cilantro and onion top each taco.

There were three different cuts of steak on the menu during my visit, and with a view of the open kitchen and grill, it’s hard not to be tempted by one of the sizzling slabs of meat (I’ve heard the pork chop is quite good as well). A sliced hanger steak comes with tortillas and salsa vaquero, and while it’s a little too close in concept to the carne asada taco, assembling it in DIY fashion is a fun perk. It’s not all about the meat here, though: a beet salad is topped with some of the creamiest Mexican ricotta in recent memory, the sweetness cut by a few bunches of wild arugula. Ochoa’s version of esquites (street corn) is a buttery mound of blackened corn, tossed together with chiles and cream—a bowl that I found myself spooning into over and over again, and then wanting even more.

Dessert arrives in the form of corn flan surrounded by popcorn. I could have done without the dry popcorn—and even the flan itself was flat and underwhelming—but it’s a fun dish. And, at least for most of the time, fun and flavor go hand in hand at Salazar.

What to Drink: Aaron Melendrez, formerly of the Normandie Club and the Walker Inn, is killing it when it comes to Salazar’s cocktail program. He’s already shaking up one of the best palomas ($10) in the city—a super smoky blend of mezcal, ancho chili liquor, grapefruit, honey and salt—plus a fun fishbowl concoction called the Savila y Coco ($14) that will put you under the table if you’re not careful (guys, there's a miniature treasure chest and gummy sharks floating inside). Gin, mezcal, elderflower and mint are all mixed together to create the pool blue, boozy beverage—but it also features aloe and coconut, so it’s totally healthy, right? Right.

Where to Sit: You’re sitting outside at Salazar, unless you’re hoping to snag a spot at the first-come, first-serve bar (though even that is in an open-air space). Out in the courtyard, there is dust below your feet, cacti poking up through the ground and a view of the San Gabriel Mountains in the distance. 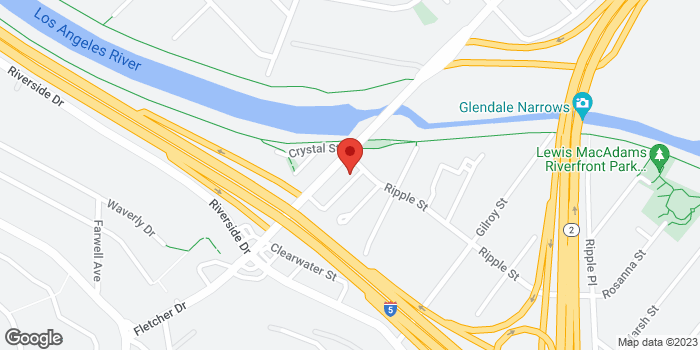