In a neighborhood that’s downright exploding with good spots, we’ve narrowed it down to the finest of them

Ah, Coconut Grove, that laidback, waterfront neighborhood just south of central Miami where hippies and weirdos chill in a sleepy downtown. Or at least, that’s how it was so unbelievably recently. Seriously, in the past couple of years, Coconut Grove has gone from a good spot for a lazy bike ride or a cold brew at a low-key Miami coffee shop to a neighborhood full of seriously great dining options, including more than one of Miami’s Michelin-starred restaurants. You still might find the weirdos doing their thing under the long branches of a banyan tree, but you’ll also find some of the best spots for brunch, a much-awarded Mexican spot, an incredible Cuban-American diner and high-end restaurants as good as anywhere in town. 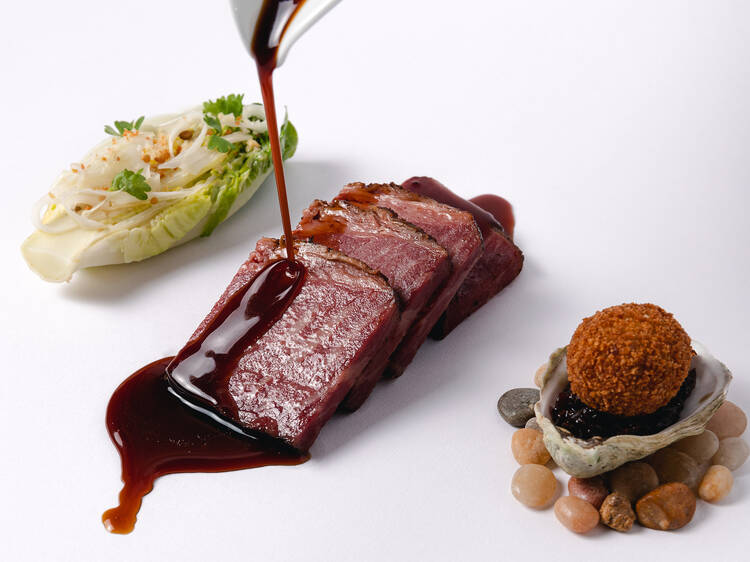 Chef Michael Beltran’s experiments with Cuban food earned him a Michelin star for combining all sorts of flavor profiles and cooking methods to yield an innovative menu that’s exciting to navigate. Those willing to try something entirely new will be rewarded, especially with the pressed duck that’s both a tableside show and one of the best dishes in Miami. 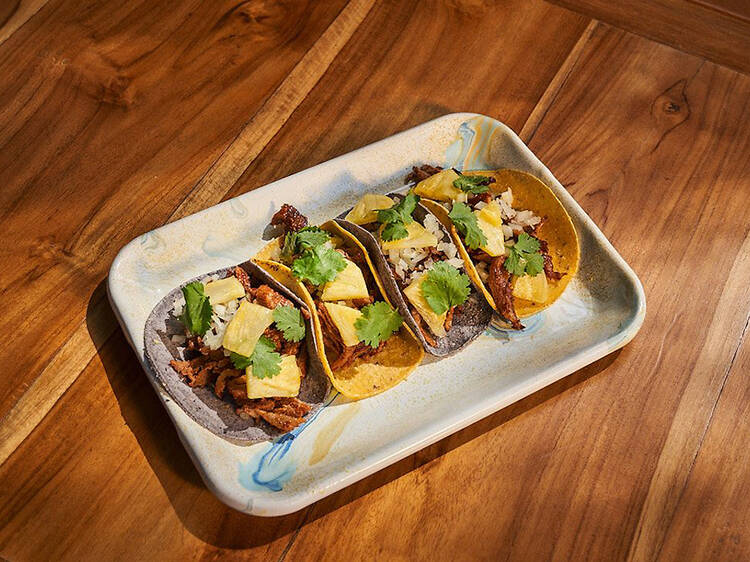 Some may have been surprised when upstart Los Felix earned a Michelin star in 2022. But those who have been there know these folks take Mexican food seriously, so much so they have their own grinder to create corn masa that’s pressed into flaky, light tortillas, best used to hold heritage pork that’s braised with chiles and oranges. Upstairs, you’ll find Krüs Kitchen, a chill space with a menu that changes with the seasons and takes its food just as seriously as they do downstairs. 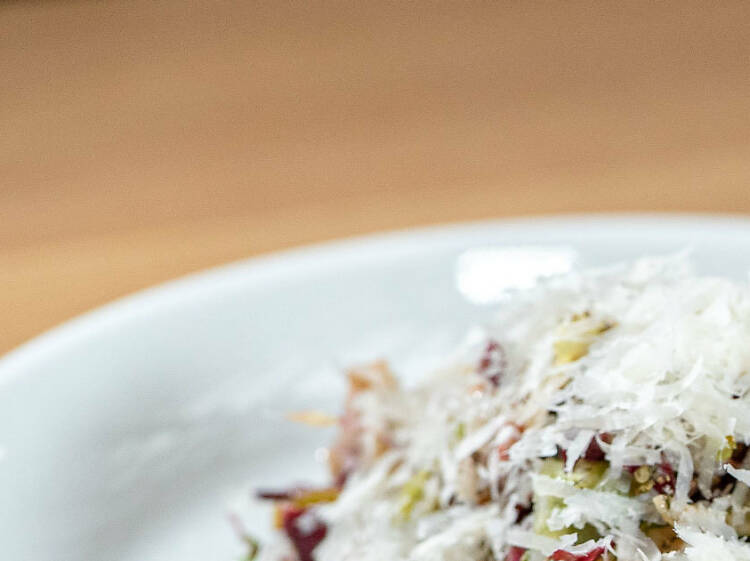 While the sister restaurant next door, Ariete, often feels like a delicious/successful culinary experiment zone (i.e, the pressed duck and a monkfish Wellington), Navé serves up seafood and Italian dishes with descriptions that’ll be widely familiar, like snapper milanese or casarecce with rock shrimp. That doesn’t mean the food will be any less exciting—expect expertly plated dishes brought out with top-notch service and a wine list for days. 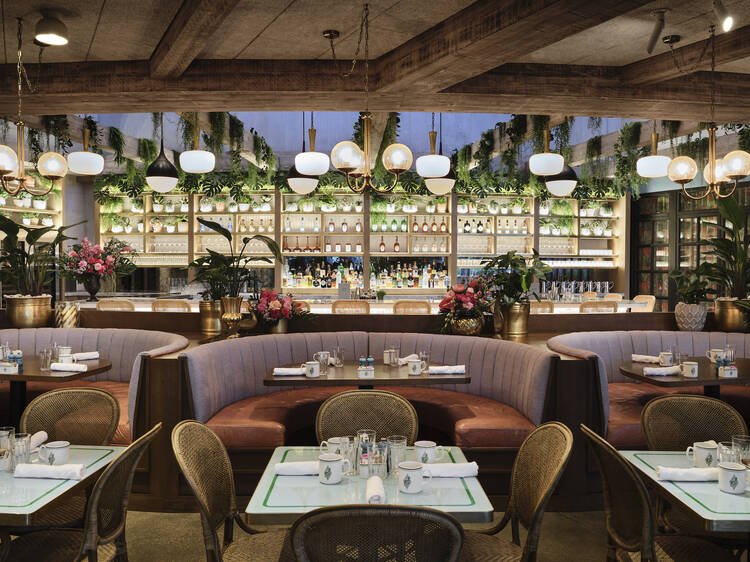 After the expat New Yorkers behind the Major Food Group opened Carbone and ZZ’s Club in Miami, they turned to Coconut Grove and dropped another lively brunch spot in a neighborhood that was already awash with brunch spots. This one, though, quickly rose to the top of the list of folks who somehow look fabulous first thing in the morning, and they’ve filled the cushy booths and leafy outdoor area to take photos of the Eiffel-tower-tall French toast. 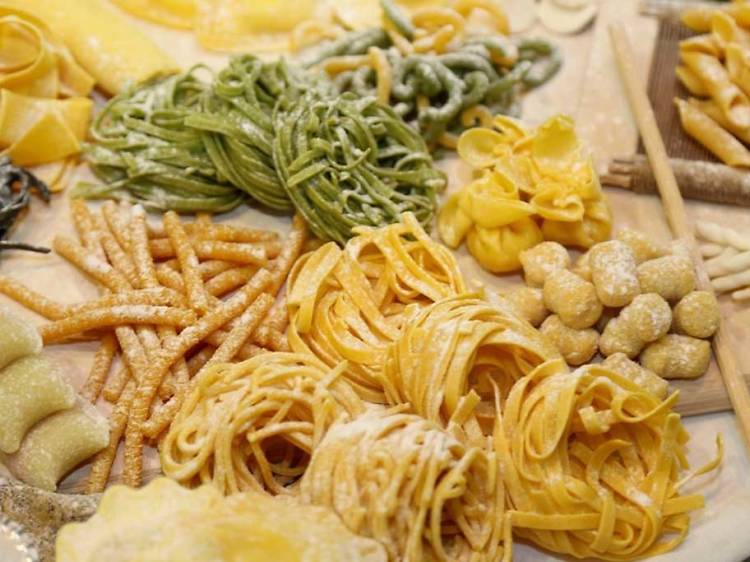 This quaint neighborhood restaurant with a shabby exterior and a cozy dining room bursts with Italian charm. Mediterranean seafood is the focus of Sapore’s traditional menu but there’s plenty of cheese, fresh pasta and dessert to go around.
Try the pasta served inside a wheel of Parmigiano-Reggiano cheese, which makes for a fun tableside presentation. 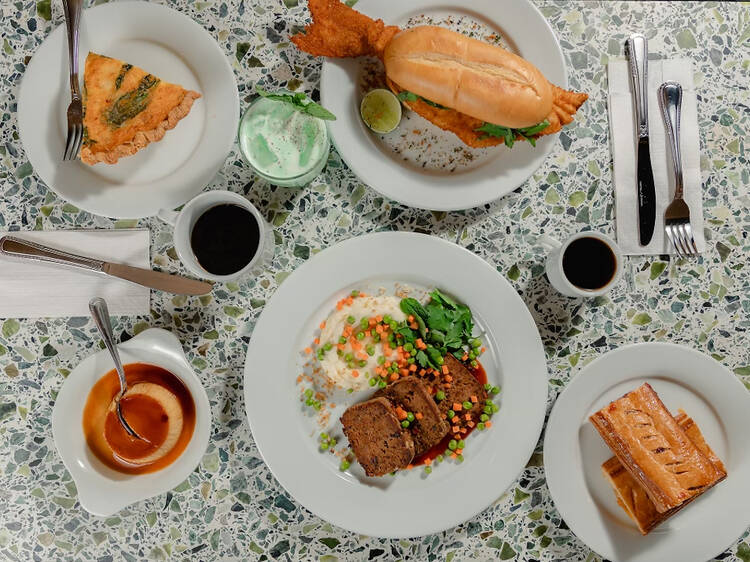 Chef Michael Beltran created this diner to pay homage to the dishes he ate growing up in Miami. Like with Beltran himself, the Cuban roots run deep here, with Abuela favorites like lechón asado and camarones enchilados served alongside diner staples, including an excellent meatloaf and, for breakfast, an oozy egg sandwich with yuca fries. With a deep cocktail list and a fun vibe, Chug’s makes for a good start to the day or a fine way to end it. 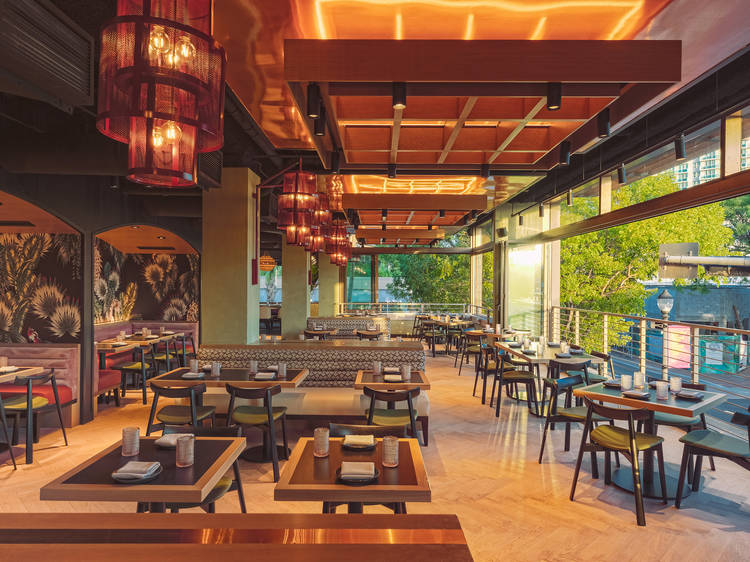 Longtime South Beach favorite among vegetarians, Planta expanded into Coconut Grove with this Asian-themed version. Just like on South Beach, the space here has a stylish vibe and a happening bar, along with dishes that’ll help anyone forget about meat, like the ahi watermelon atop a dragon roll and bang bang broccoli that just might be your new addiction. 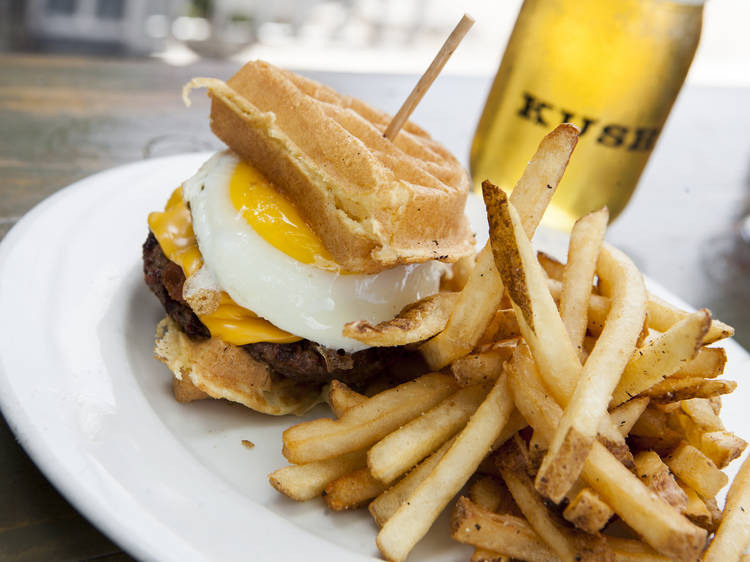 Culinary crazy man/visionary Matt Kuscher typically fills his restaurants full of kitsch, including VHS tapes and things you haven’t seen since childhood. But here it’s all clean lines and bright light streaming in from the arched windows. The menu stayed decidedly more seafood-centric, though, like the grouper Reuben, Baja fish tacos and crab cakes in either traditional or vegan style. 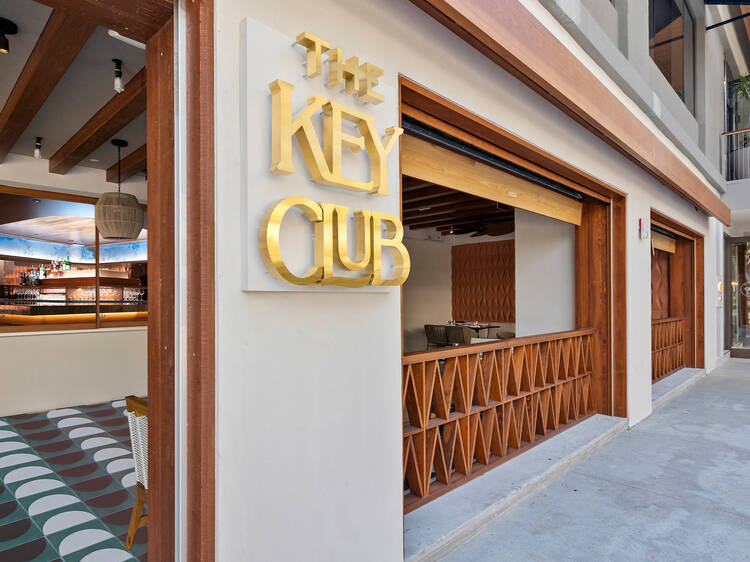 With owner David Grutman behind this place, you might expect the flash and circumstance of his nightclubs and South Beach restaurants. Here, he went for a decidedly more neighborhood restaurant vibe, somewhat diner-like in its mid-century-modern aesthetic, The menu, though, stays more true to Grutman's flair, with steak tartare, a coconut lobster roll, and a branzino dotted with crispy capers. 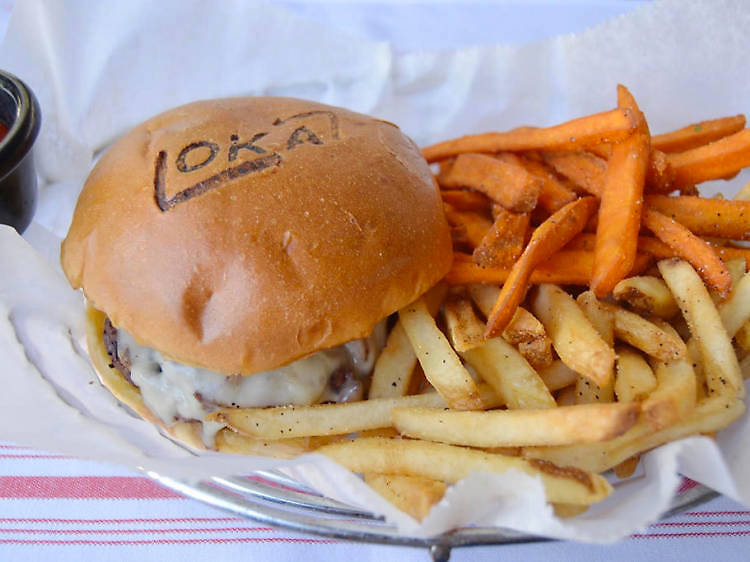 This casual burger joint takes its food very seriously, sourcing locally grown ingredients for its fresh salads and sandwiches, and partnering with homegrown breweries and small-batch distributors for its thoughtful beer selection. LoKal’s selection of grass-fed beef burgers includes one between glazed doughnuts, another blended with chorizo and a not-even-slightly traditional frita smeared with guava jam. 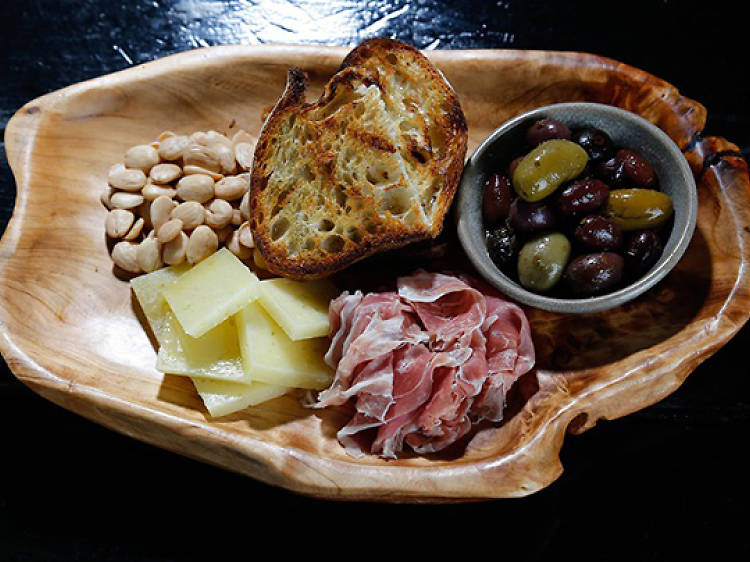 A restaurant where toddlers are as happy as their parents to go out to dinner, Glass & Vine subs a kids’ menu for a playground, where children can explore a playground steps away from where the adults sip craft cocktails and snack on grilled fish and fresh salads. At brunch especially, nab a table in the courtyard and dig into sensational egg dishes with foams and truffle oil that pair delightfully well with the restaurant’s selection of boozy, fizzy drinks. 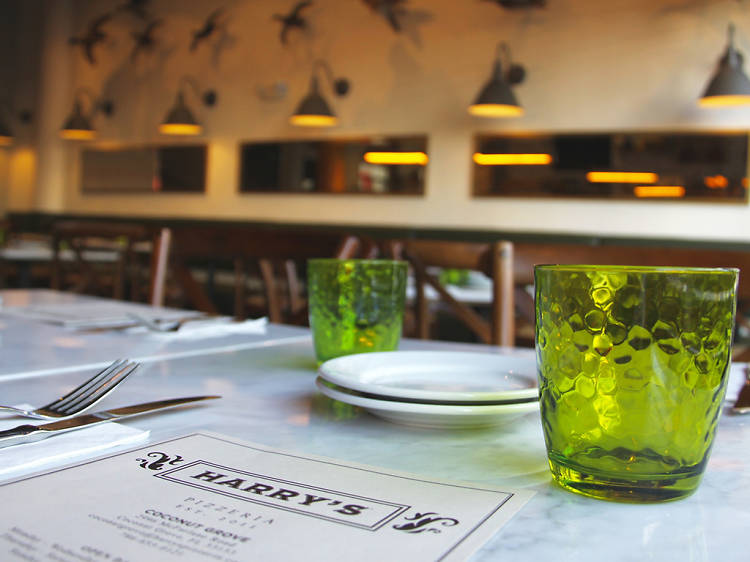 James Beard Award-winning chef Michael Schwartz’s neighborhood pizza joint puts out gourmet-style wood oven pies in a laid-back, family-friendly environment. Harry’s meatballs with ricotta and polenta fries served with house-made ketchup will be the reason you don’t finish your pizza. Make a valiant effort and order them all, plus a spicy pepperoni to go. 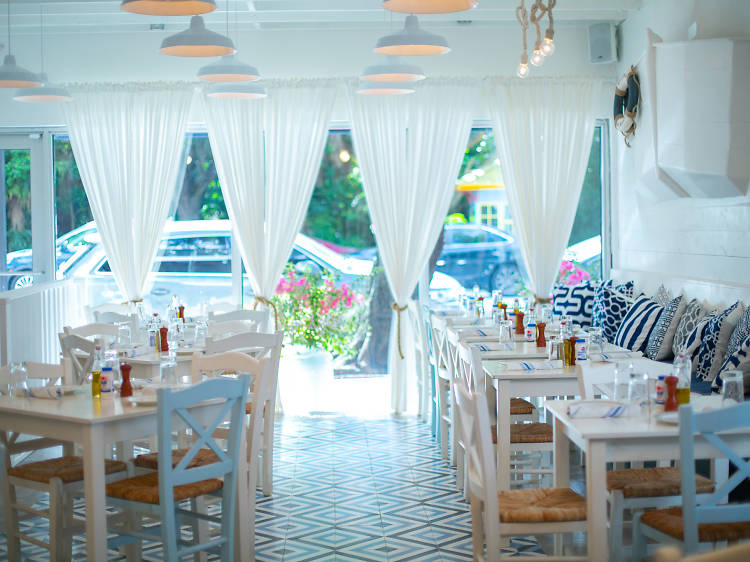 Meraki offers a menu of traditional Mediterranean fare and the kind of fresh seafood you’d expect at a spot on the Aegean. The decor is decidedly more upscale than your average Greek bistro, full of colorful tile, matching throw pillows and big windows with flowy curtains, making it all feel like an escape to Crete. 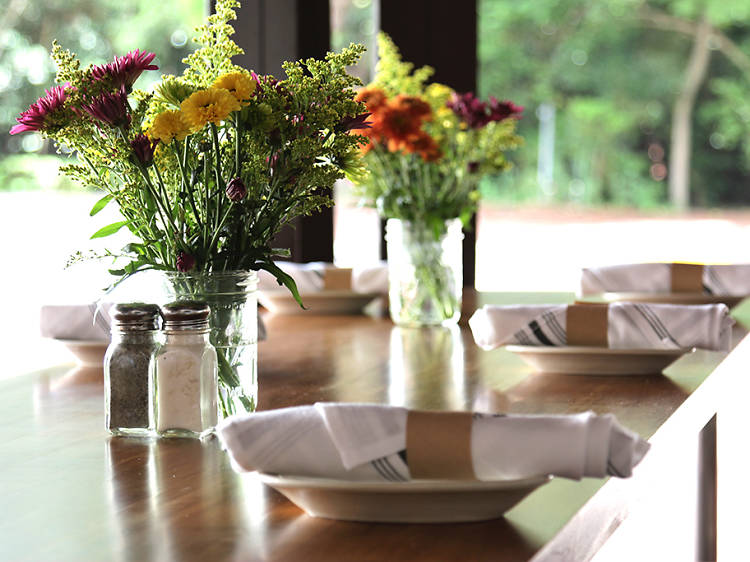 Even with all the newcomers arriving to Coconut Grove, Green Street remains sidewalk dining central. Weather notwithstanding, it’s the Grove’s prime spot for people-watching, drinking Bloody Marys al fresco and tucking into an extra-large omelet after a run. An interesting cast of characters breaks bread here, from college students and families to bachelor parties and pet-toting locals. 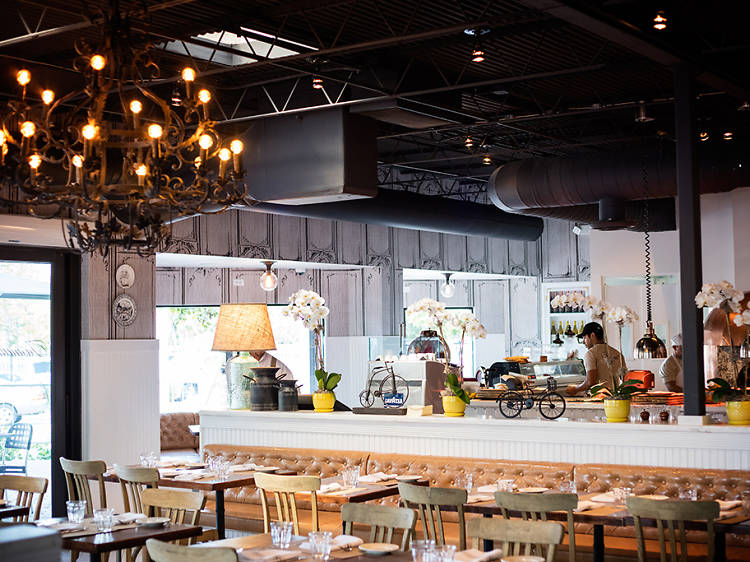 Owned by the same folks behind Strada across the street, this Italian restaurant specializes in light antipasti and crispy, wood-fired pizzas. On the shortlist of appetizers, the tender meatballs with ricotta are not to be missed. Farinelli's outdoor courtyard fills up at night, while the bar is a prime spot for catching a game.