Though the Neue Galerie’s collection is small relative to art museums like the Metropolitan Museum of Art or Museum of Modern Art, it contains some of the most significant examples of 20th-century painting, sculpture and design. Among the gems in its collection, these five examples stand out.

RECOMMENDED: A full guide to the Neue Galerie New York

Best paintings and drawings at the Neue Galerie 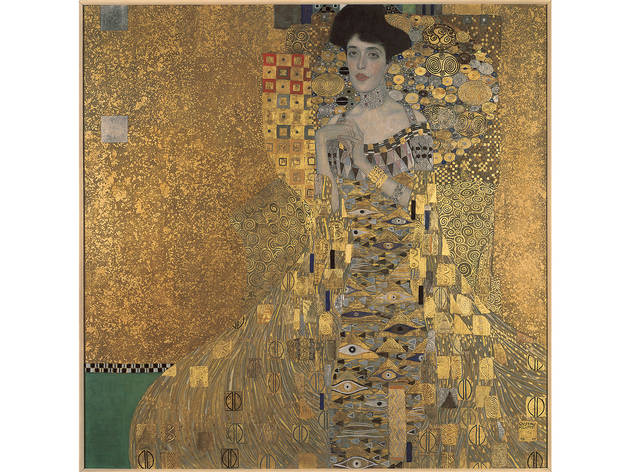 Notable for its gilded surface, Klimt’s portrait depicts a member of a wealthy Viennese Jewish family. Commissioned by Bloch-Bauer’s husband, the painting hung alongside other artworks in their palatial home until the Nazi annexation of Austria in 1938, when it was looted and sold to a Viennese museum. There it remained until after the war, when Adele’s niece, Maria Altmann, successfully sued for its repatriation. Sometimes called the Austrian Mona Lisa, it now hangs at the Neue Galerie as the crown jewel of the museum’s holdings. 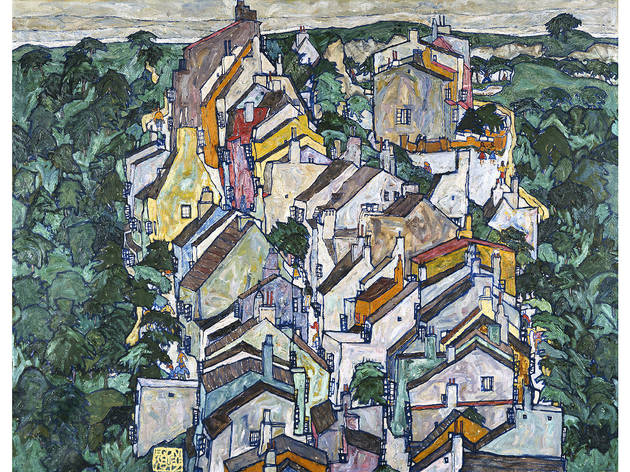 This aerial view of medieval houses jammed together within a verdant landscape is believed to have been inspired by Krumau, a city in southern Bohemia (now the Czech Republic) that was the birthplace of Schiele’s mother. Drawn to its picturesque setting, the artist moved to Krumau with his girlfriend in 1911. Unfortunately, their stay didn’t last very long: News that an underage girl had posed for Schiele in the nude precipitated a hasty departure. Still, in the years that followed, he frequently returned to Krumau to sketch the city and its surroundings. 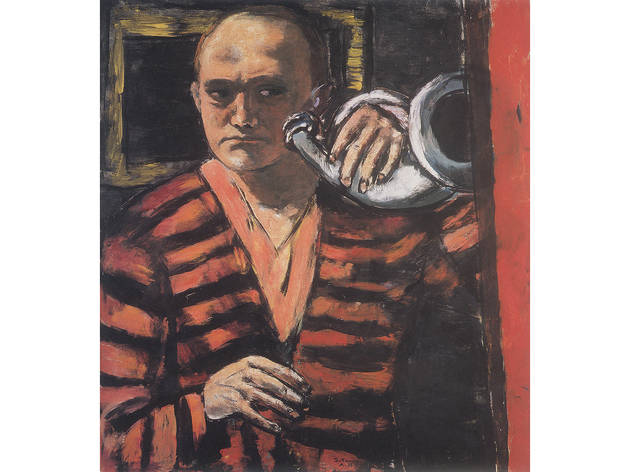 Beckmann was a leading light of Weimar art until the Nazis came to power and officially banned Modernism—which they deemed “degenerate.” In 1937, Beckmann left Germany for Amsterdam with his second wife, Quappi. Self-Portrait with Horn was begun the year after his arrival, and in it, he depicts himself in allegorical terms, using the horn in his hand as a symbol of his self-imposed exile. The exact role of instrument and its relationship to the artist is left ambiguous, however. He gives it sidelong glance, and keeps it away from his face, suggesting that something is holding him back from playing it. On the other hand, the pose also suggests that he is trying to hold it to his ear, as if to divine a message from some unknowable source. In either case, the impression the painting gives is of an artist, whose voice has been stilled by political circumstance. 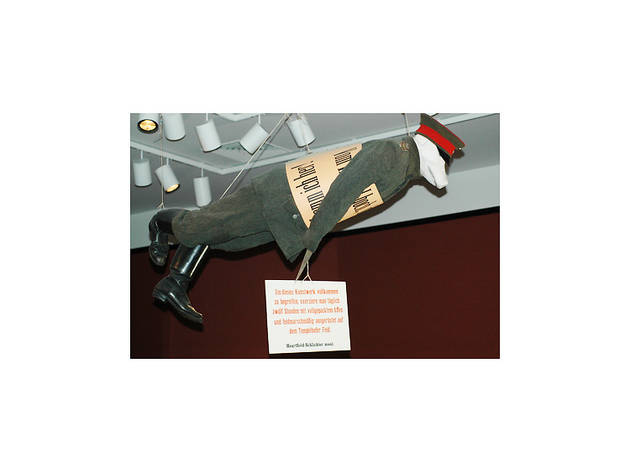 While Dadaism was born in Zurich, Switzerland as an archaic response to the carnage of World War I, it soon branched out to other cities, including Berlin. In 1920, the Weimar Capital hosted the First International Dada Fair, featuring as its centerpiece this satirical effigy of a Prussian officer with a pig’s head. Created by John Heartfield and Rudolf Schlichter, the piece was suspended from the ceiling with its waist wrapped by a poster, reading, “I come from Heaven, from Heaven on high”—a refrain from an old German Christmas carol. Also festooning the figure was a placard hung form its belt that proclaimed, “In order to understand this work of art completely, one should drill daily for 12 hours with a heavily packed knapsack in full marching order in the Tempelhof Field [Berlin’s airport at the time].” The piece, destroyed long ago, was reconstructed in 2004. But even in recreated form, it still powerfully evokes the artists’ sardonic bitterness at the role German militarism played in leading the country to disaster.

Grosz has become synonymous with Weimar Germany, thanks to his mordant observations of a society reeling from defeat while also trying to sustain a fragile democracy. Though Weimar produced a renaissance defined by avant-garde aesthetics, its capital in Berlin was overrun with dispossessed veterans, brawling gangs of radical agitators on both the left and right and prostitutes. Loose mores, combined with cynicism and a collective sense of despair, corrupted Weimar life, even as its culture produced some of the greatest masterpieces of film, theater and art. Grosz captured all of these contradictions with an angry and jittery kind of Expressionism. His style found its purest form in spidery, ink-on-paper depictions of Berlin as a cauldron of anarchy, rape, murder and mayhem. Street 2, with its scene of a neighbor balanced on the knife’s edge between order and chaos, is a good example.