New York is one of the most widely recognizable cities in the entire world, so well known, in fact, that it seems that practically anywhere you look, you’ll see some iconic landmark, whether it’s one of NYC’s soaring towers or one of its verdant parks. And then, of course, there is the borough of Brooklyn, which has become a global brand in and of itself. Is it any wonder than, that New York has been a perennial subject for painters of every stripe? They have found the stuff of art in every corner of New York’s landscape, and in the countless lives that fill its spaces with narrative and emotional potential. That much is made abundantly clear in our selection of paintings that do so much to capture the heart and soul of the greatest metropolis on earth: New York City. 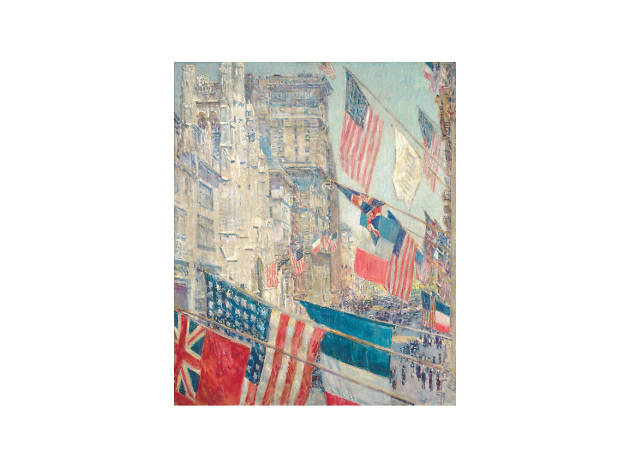 This scene of Fifth Avenue by American Impressionist Childe Hassam was one of 30 such images showing the flag-bedecked thoroughfare during World War I. The canvas captures the dynamic verve of New York just as the country began its ascent to superpower status. Bequeathed to the Metropolitan Museum of Art by its former owner, Brooke Astor, the work disappeared in 2002 when her son wrongfully sold it to private hands for $10 million. Its whereabouts remain unknown, even though it’s one of the most famous American paintings of the early 20th century. 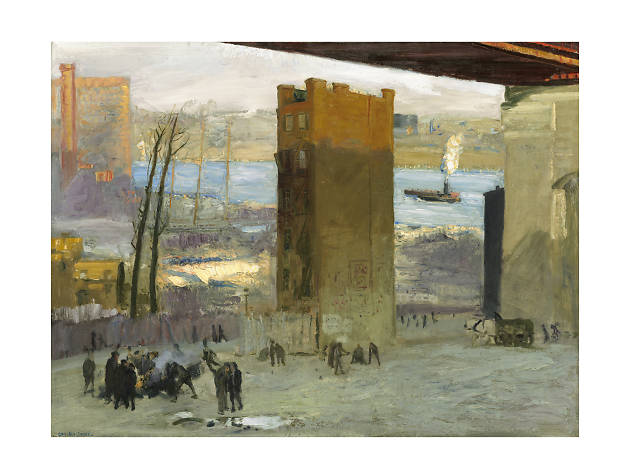 This poignant image of the last remaining building from a neighborhood razed to make way for the Queensboro Bridge (which opened the same year the painting was completed) speaks to the constant churning of New York, where nothing stays the same for very long. 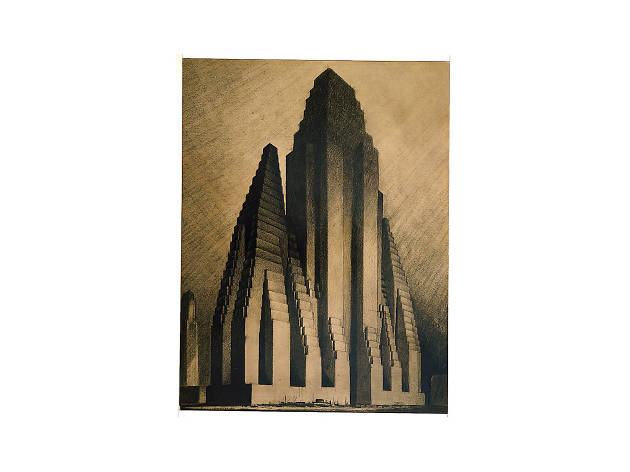 Ferriss was a trained architect who spent his career rendering views of building projects. This charcoal study is one of several illustrating the building limits permitted under the first city law regulating skyscraper construction. Although it is a technical drawing of an imaginary edifice, Ferriss’s powerful handling elevates the subject into an emblem of New York's ambitions for the future. 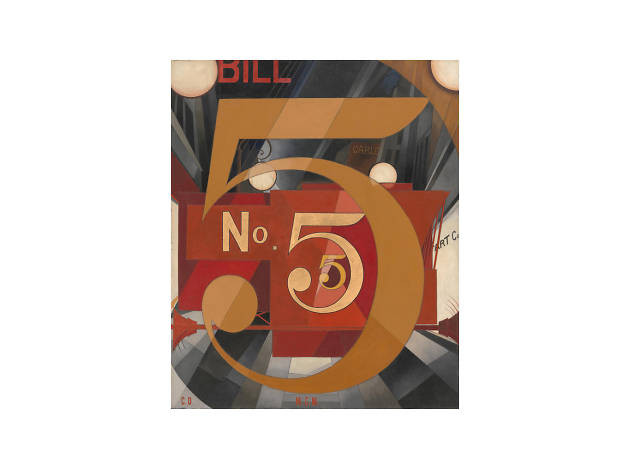 Demuth was a pioneer of the Precisionist style, but in this work he anticipates Pop Art by more than 30 years. The piece is inspired by a poem by his friend William Carlos Williams, in which the author describes a fire truck racing past him one night in Manhattan. Demuth melds the truck (represented by its engine number), Williams’s name and the surrounding street into a hallucinatory vision of the city and its sounds. 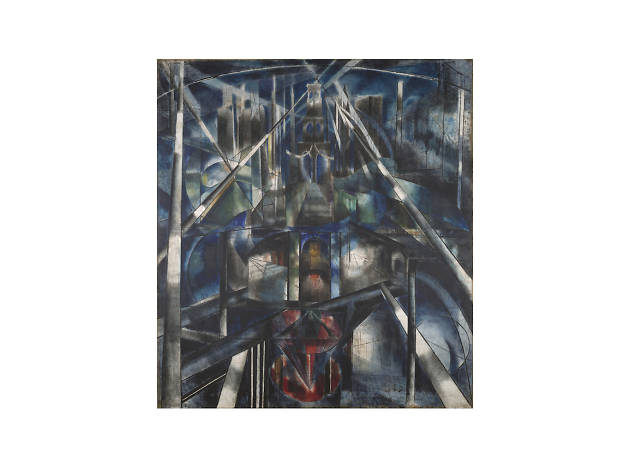 Stella painted six views of the Brooklyn Bridge framing the view toward Manhattan through the bridge’s Gothic arches and suspension cables. The inspiration for these works came from the first time the artist saw the Bridge when he arrived in NYC from his native Italy. In his eyes, the structure immediately came to symbolize the promise of America and its industrial might. Hower, it wasn’t until actually lived near the bridge in Brooklyn, that he began to paint the span, which he transformed into an image resembling a stained-glass window on canvas for some imagined church of New York and its indomitable energy. 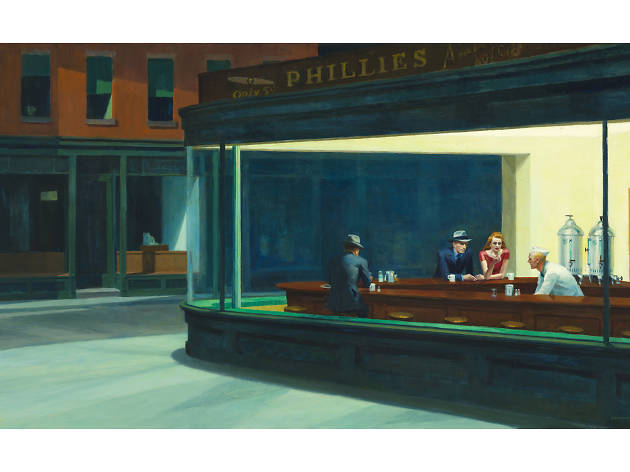 Hopper’s noir masterpiece is a timeless study of being alone together. The illuminated, glass-enclosed interior of a downtown diner contrasts starkly with the street outside, evoking city life as a fishbowl filled with people who are unaware of one another, yet still share an odd state of grace. 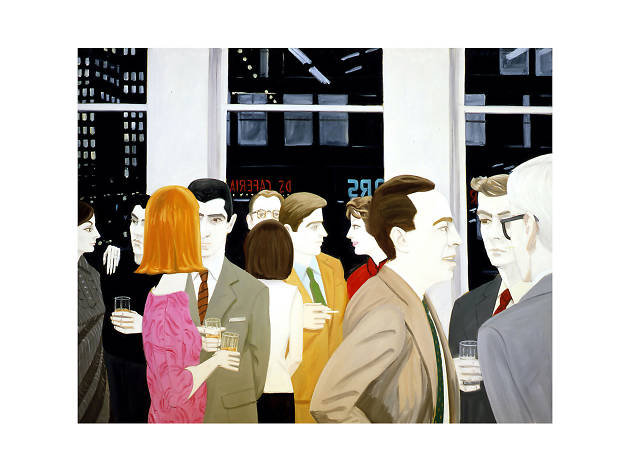 Pop-figurative painter Alex Katz smoothly captured the suavity of Midcentury Gotham in this scene, which seems to have come straight out of Mad Men. All the signifiers of period—the men in suits and ties, the ubiquitous cigarettes—are indelibly in place in this rendering of downtown sophisticates who, judging from the large windows behind them, are mingling in an artist’s loft. You can practically hear the ice tinkling in their glasses. 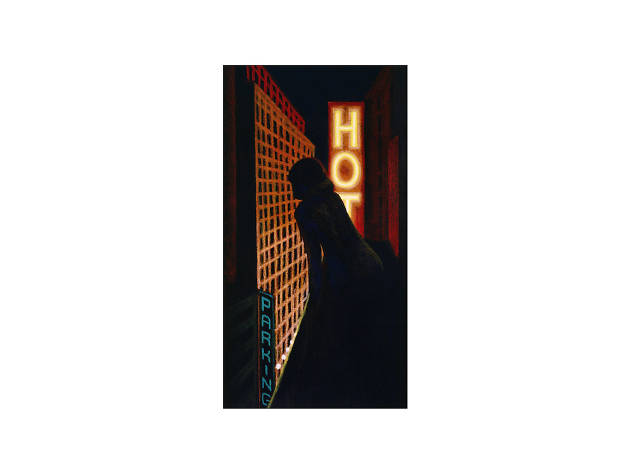 Depending on your point of view, Gotham during the 1980s was either hell on earth or the coolest place on the planet. Times Square became a symbol of both: the epicenter of crime and grime, and the focal point for the city’s gritty energy and glamor. The artist Jane Dickson lived near Times Square at the time, and in this neon-soaked pastel, she depicts the neighborhood as a seductive inferno, beckoning the viewer with the promise of danger and excitement. 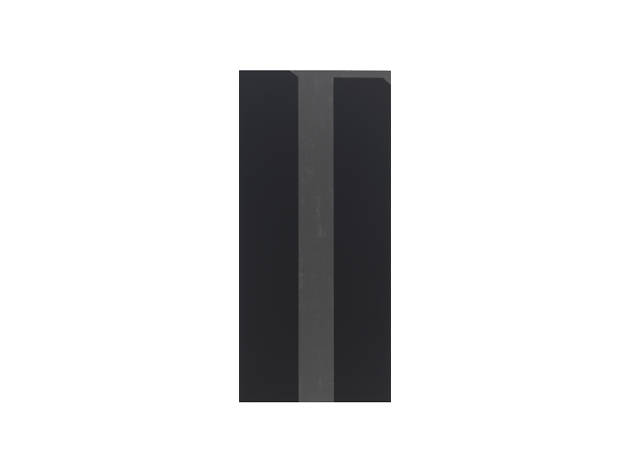 Beginning in the 1970s, the painter Robert Moskowitz created several minimalistic depictions of the original World Trade Center. Visible from his studio, the Twin Towers attracted the artist’s attention with their starkly geometric form. Though his interest in them was purely formal, he depicted the buildings as shadowy silhouettes, imparting a sense of foreboding that, in retrospect, seems eerily prescient of 9/11.