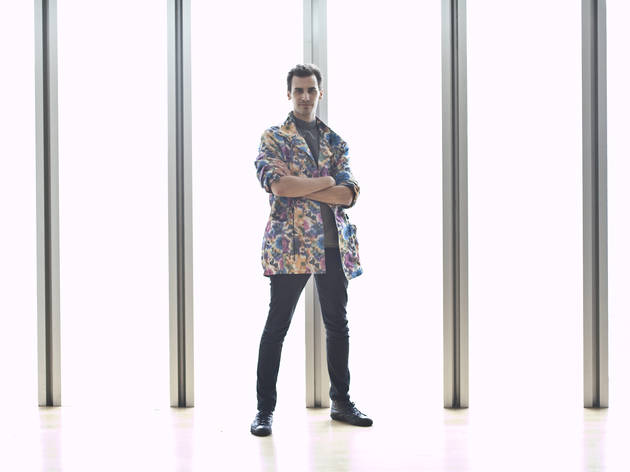 Visitors to the Museum of Arts & Design’s website might notice something curious on its calendar. Along with tags for “design” and “cinema,” a number of upcoming events are labeled with an “X.” It’s not a typo. MAD’s manager of public programs, Jake Yuzna, requested the designation for happenings that defy simple categorization. “Some of the most exciting people who inspire me—like Leigh Bowery—we still don’t have names for what they do,” says Yuzna.

The museum hired Yuzna in 2010 to launch its first cinema series, but his scope soon expanded beyond film. Starting with the Vibrant Space series in 2011, the organization began examining NYC’s after-hours culture from the Limelight to Brooklyn’s black-metal haunts. “For Vibrant Space, we were looking at the oral history of nightlife, and I began to think about what was needed in today’s environment,” he says. “Nightlife is up against a lot of challenges in the current economic and social landscape, and we realized we could support it through the FUN fellowship.”

The program, currently partnering with four innovative scene makers—Babycastles, CHERYL, FCKNLZ and Ladyfag—might seem like an odd fit for MAD, which was called the American Craft Museum until 2002. However, Yuzna argues that the pairing isn’t so strange. “It’s in the museum’s DNA to support marginalized practice,” he explains. The fellowship provides grantees with several thousand dollars, access to MAD’s resources (including its Columbus Circle building) and the ability to experiment freely. “We didn’t want it to be something where we were just paying people to have their parties at the museum, so there are very few constraints on the events,” says Yuzna. It also serves as one piece of MAD’s broader push past a traditional craft focus. This fall, the institution will hold an avant-garde animation survey, an emerging performance-art series and the unveiling of JF & Son’s new fashion line. “We’re not interested in creating programs that are unnecessary,” says Yuzna. “There are so many disciplines that are yet to be defined and figured out, and we want to support those.” 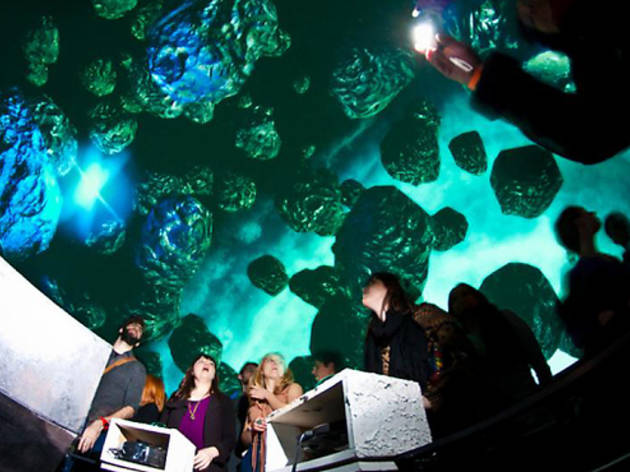 Babycastles Summit
The collective will construct an arcade of four playground-inspired video games. During the day, innovative designers will host workshops, capped by nightly parties with live music. “[Babycastles] is really looking at what an immersive, interactive environment is and how it shifts social interactions,” says Yuzna. Fri 24 6pm–1am; Sat 25 noon–1am; Sun 26 noon–10pm. $20–$35.

CHERYL
The party-hosting crew ditches the club entirely, outfitting a van with speakers and a foam machine to throw roving parties around the city. Follow the group on Twitter at
@CHERYLDANCE for the location. “CHERYL will be able to really take a new form,” says Yuzna. “Instead of hosting an evening people can go to, [they’re] having these flash parties,” Dates and times vary; free.

Incongruous: JF & Son
Working with companies in China and India, clothing boutique and brand JF & Son will create a collection that comments on how globalization affects fashion manufacturing. “They want to make the actual process of fabrication transparent, and are interested in creating a new aesthetic from the mistakes that happen from having offices overseas,” says Yuzna. Sept 8–February.

FCKNLZ
“FCKNLZ is trying to grapple with one of the trickiest things in NYC, which is this heritage of club kids,” says Yuzna. The art collective will examine the ’90s scene by re-creating the group’s legendary appearances on talk shows such as Donahue  and Geraldo. The adaptation will be part revivalist performance, part forward-facing analysis. Oct 20, 27, Nov 3, 10, 17 11am–6pm.

Ladyfag
Learn strategies for hosting your own party from the queer nightlife staple, who will create “dayclubs” to share ideas on curating a bash. “Lady comes from a tradition that’s very apprentice-based, where practitioners who have paid their dues will find people who have talent, support them and bring them up through the ranks over time,” says Yuzna. Dates and times TBA.