A while back, Time Out brought you news of a pending plan to build a 1,066-foot tower at 9 DeKalb Avenue—right next to Junior’s. Now, even with all the high-rise building going on in Downtown Brooklyn, a 73-story structure is a different animal. The designers—SHoP Architects, the brains behind the Barclays Center—plan to have the building rise just behind the former Dime Savings Bank, which is landmarked. The idea was to potential use the 1906 vintage edifice as a retail podium. Naturally, this required the blessing of Landmarks Preservation Commission. 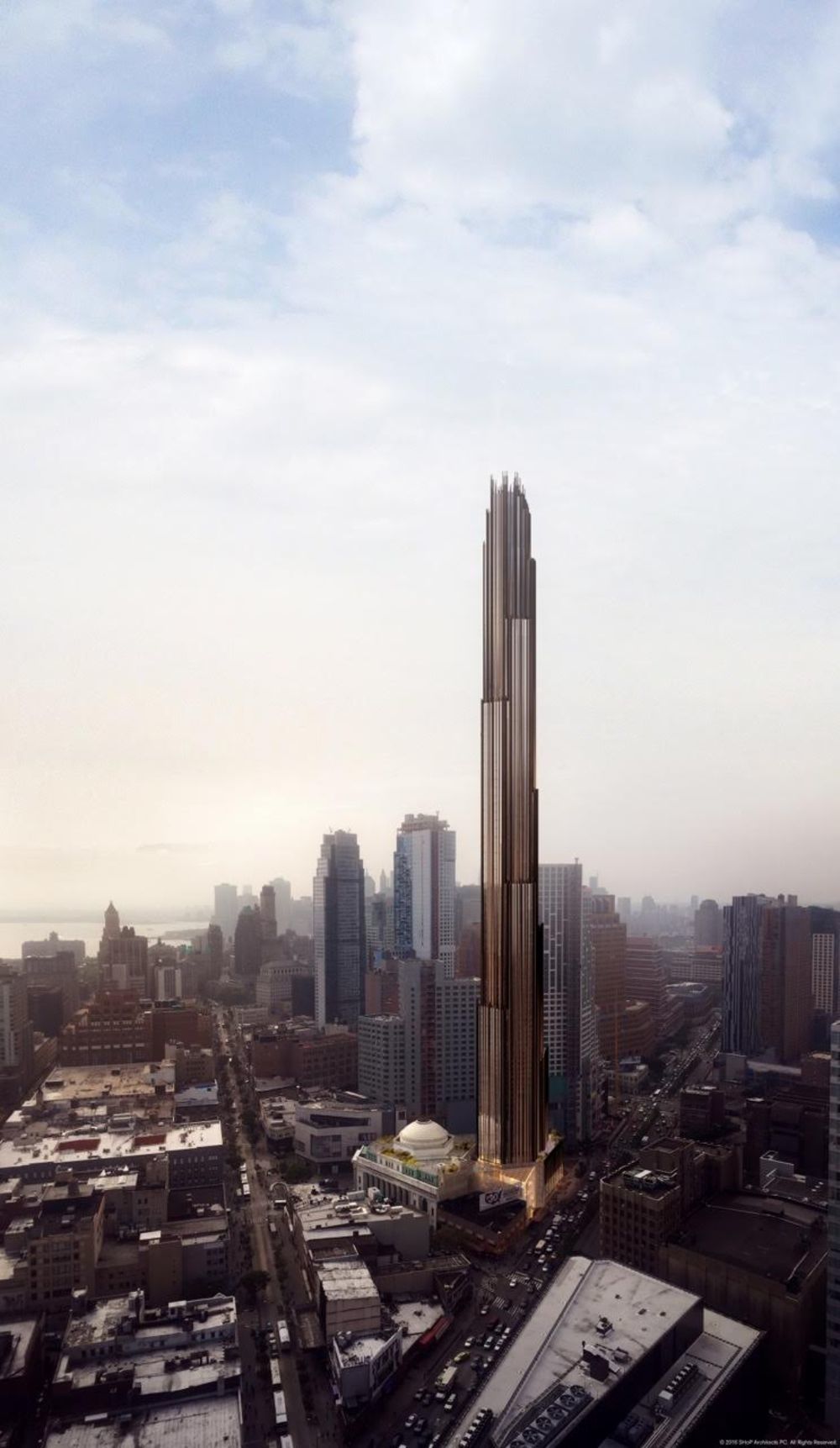 Well Commission has spoken, and the project is a go. Slated as a mixed-use affair with 500 apartments, including set-asides for as affordable housing, 9 DeKalb Avenue will be a glassy wonder with narrow bronze bands zipping up the facade. The building’s cross-section is hexagonal, like the bank’s floor plan. 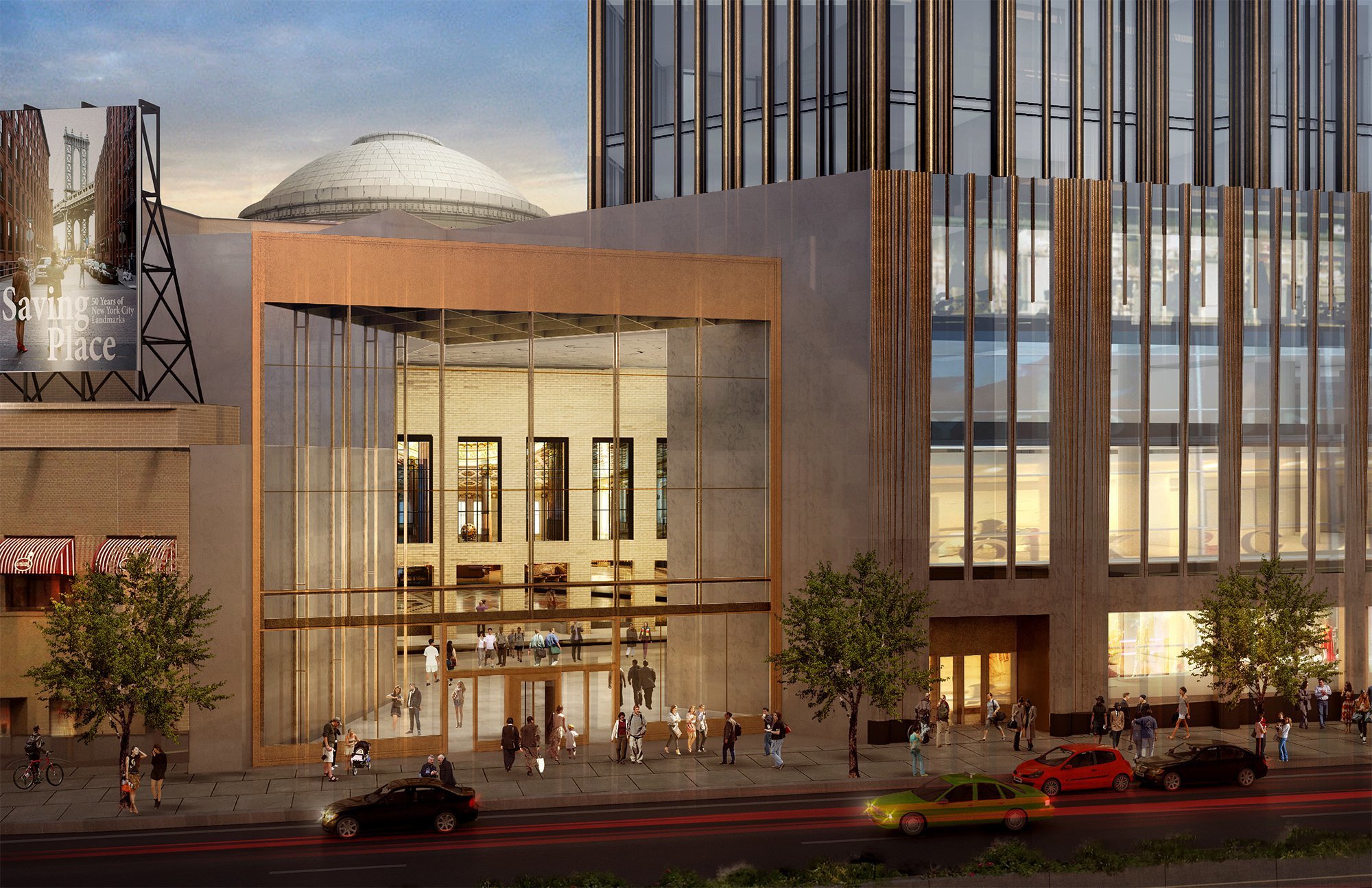 The latter will get a complete restoration, and judging by the renderings, one side of the bank will be enclosed by an atrium. The old exterior doors will be removed, allowing an uninterrupted flow of traffic from the atrium to the bank’s interior rotunda. It’s all very grand and fit for a foreign oligarch, though it’s somewhat doubtful that your average Middle-Eastern sheik or Russian billionaire would want to bed down on the Fulton Mall. But who knows? Some of them may be in the market for bargain sneakers. In the meantime, be advised that this building may only the first of many super-talls in the Borough of Kings: There’s already talk of erecting another on the site of the PC Richards at the intersection of Atlantic and Flatbush.