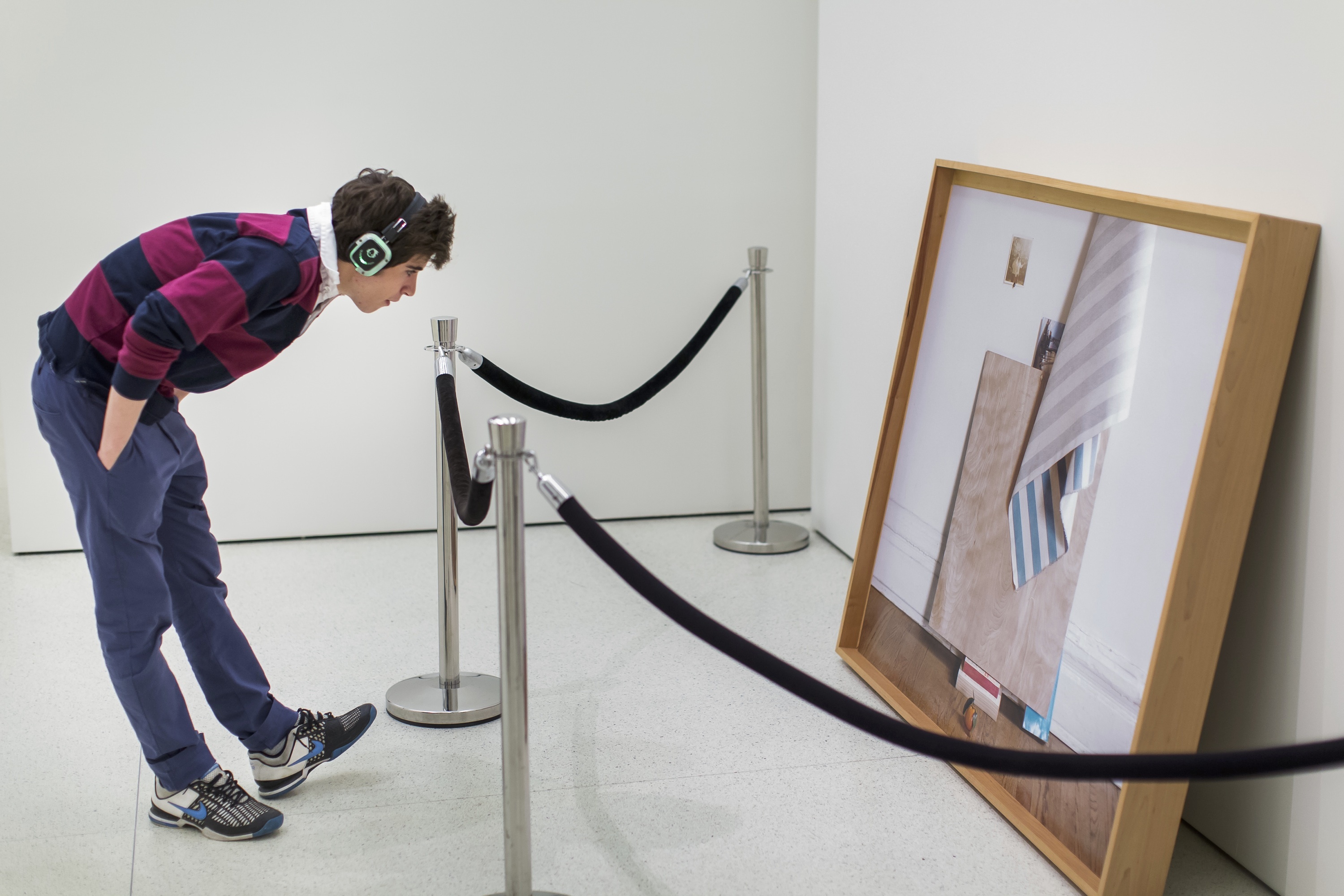 There were several exhibitions on view, but the most expansive—and the one that dominated the Guggenheim’s atmosphere—was called How to Work Better; it featured the collaborative efforts of two Swiss artists, Peter Fischli (b. 1952) and David Weiss (1946–2012). The subjects and medium Fischli & Weiss used were wildly divergent, but all hung unified under a single, albeit convoluted, banner: the pleasure of misuse. To that end, How to Work Better includes pieces that hijack tired tropes and bend them into the shape of a witty comment.

For example, one work showcased a running reel of seemingly rank-and-file Hollywood footage—two friends on a picnic blanket watching the sun set and discuss how messed up the world is. It would have been a scene rife with cliché were its stars not a panda and a rat (or at least, two men in a panda and rat costume, respectively). Another piece appeared to be just an indeterminate hunk of wood on a (literal) pedestal. Upon closer inspection, I realized the charcoal-colored stump was actually made of rubber, and so all its organic beauty—the knotted texture and spirally patterns—were actually precisely the opposite; it was manmade, unnatural. My perception of the object in question was completely shattered, even though the object itself hadn’t changed. Anyway, I gathered that this sensation, an uprooting of my sense of dualism, between natural and unnatural, the dull and the mesmerizing, reflected the artists’ aims. 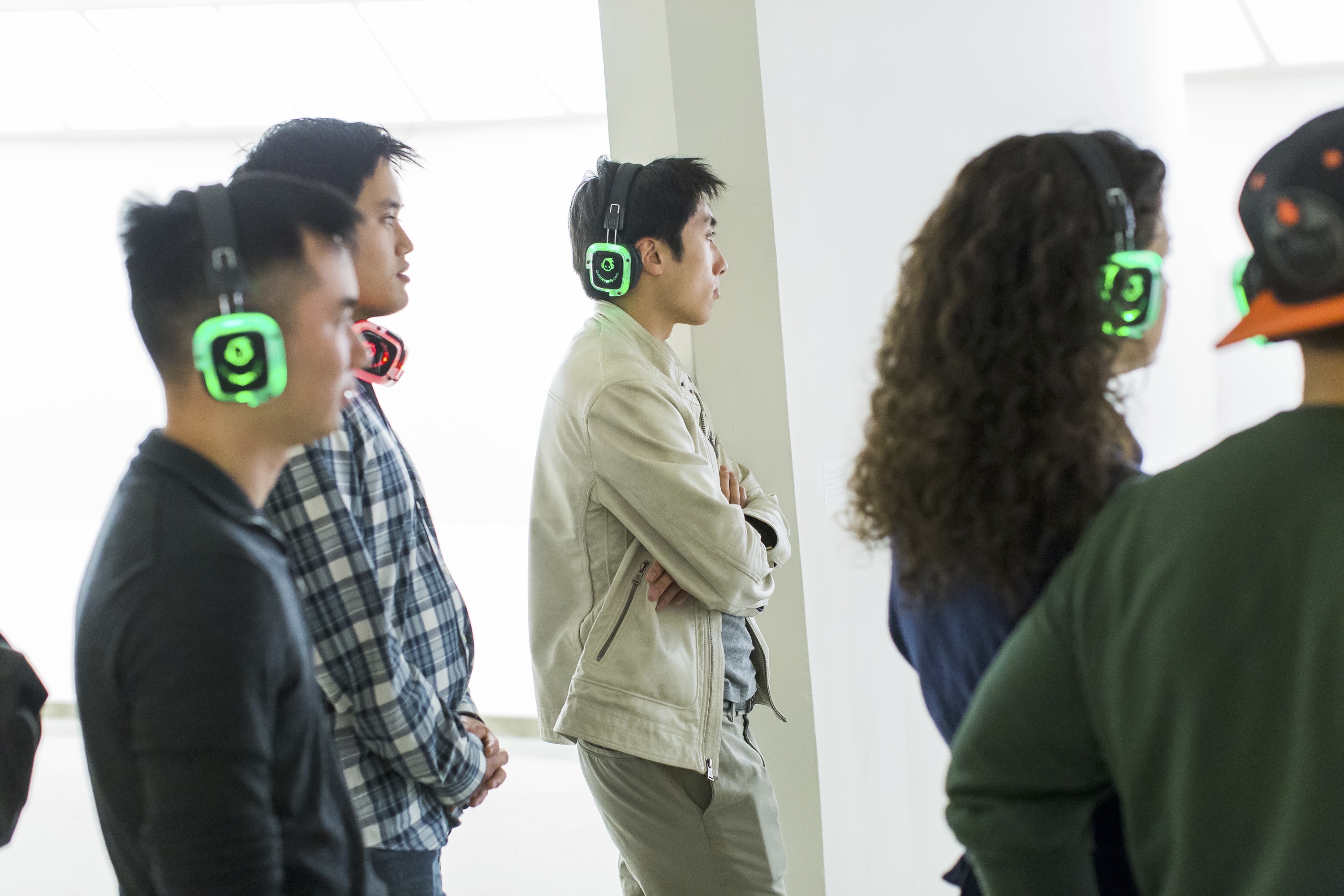 While Fischli & Weiss had my eyes, two other artists had my ears: Khalil (Livin' Proof) and Pauli The PSM. On the ground floor of the museum, where there was also a makeshift DJ booth and two bars, pairs of headphones that glowed neon green were distributed to the attendees—and each received the same musical transmission via wifi.

The first thing to go bump in the night was Pauli, who recently released his debut album “i Don’t Care.” But Pauli is perhaps best known in New York for being the master of ceremonies, alongside fellow Brit and friend Khalil, at Back to Life, a Broome Street show with a London sound.

Second on deck was Khalil. In way that mirrored How to Work Better, his musical styling appropriated things I thought I knew, like the Jay-Z song “Picasso Baby,” before giving my expectations a good violent shaking. Khalil seamlessly wove a broad set of genres together, from slick R&B grooves to the raw funk sound of soul, with splices of throbbing house music and two-tone reggae mixed in. His whole weird aural intermingling of the familiar and the exotic seemed the perfect soundtrack for the evening (Jay Z’s contribution notwithstanding: Christie's with my missy—live at the MoMA; bacons and turkey bacons—smell the aroma). 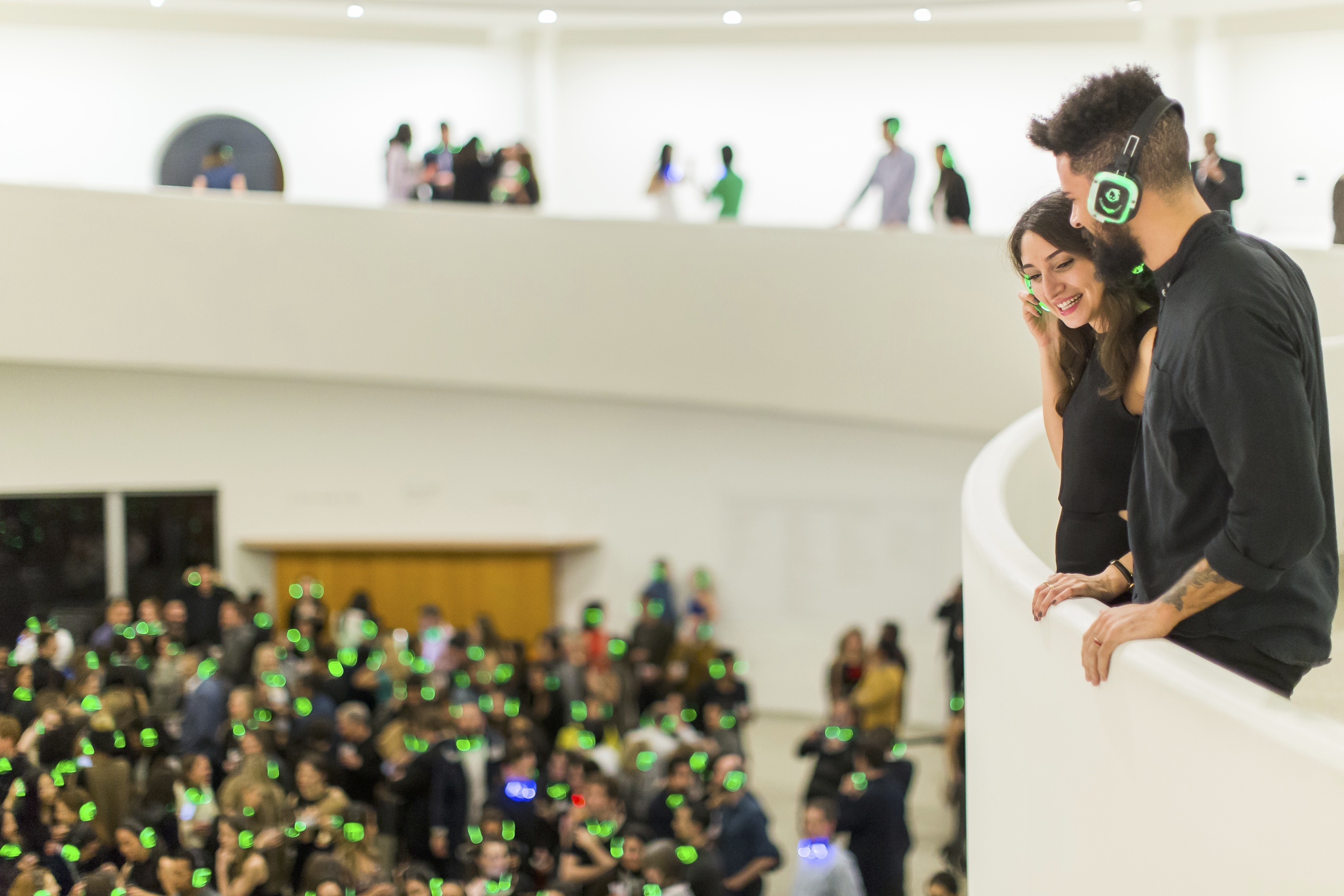 If the evening had a unifying thread, it was the subversion of predictability, which is to say, turning my world completely upside down. The whole museum, with its winding white spires, seemed to throb as though it might burst; the illuminated crowd seemed on the verge of going berserk. I thought of the expression, “Those who dance are thought mad by those who hear not the music,” as I removed my headphones to order another beer.

Pro tip: The lights stayed on, so you could, you know, see the art, but modern-y museums always seem to have a few galleries kept dark, which is where you should bee-line for if you want to get dirty in an otherwise clean, well-lighted place.