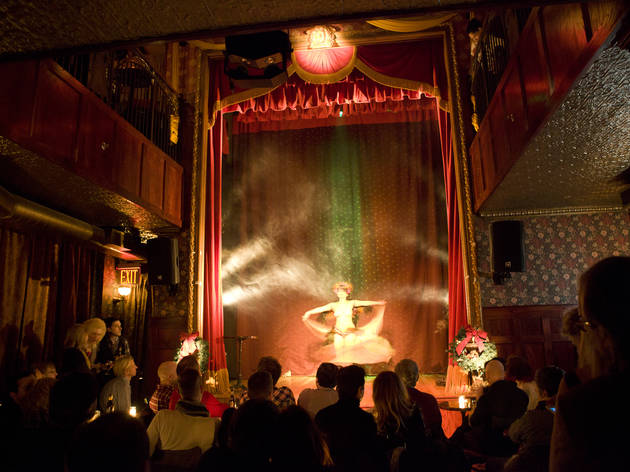 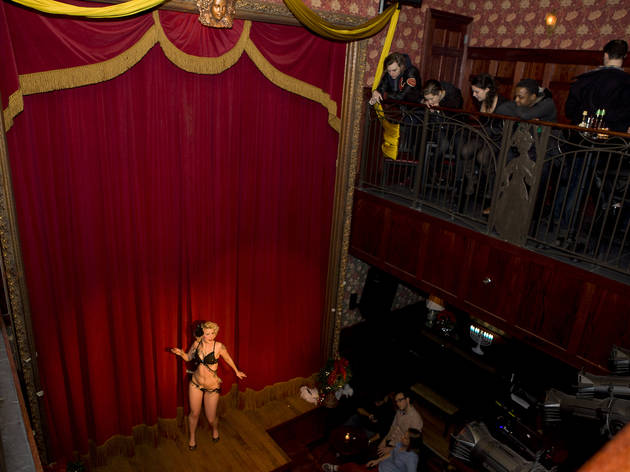 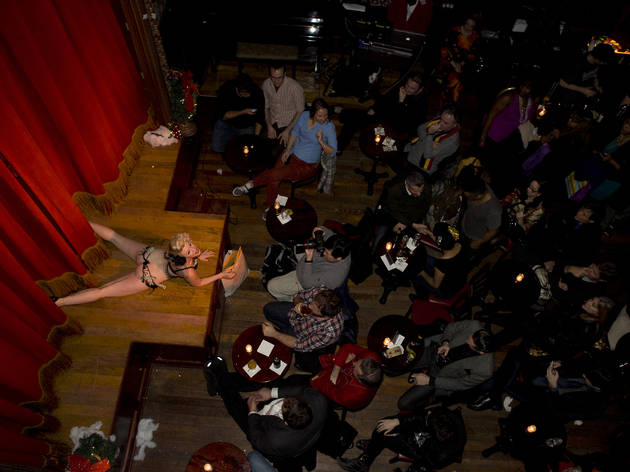 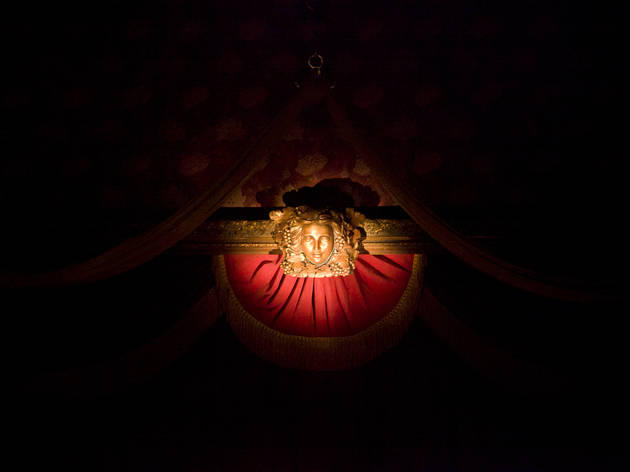 5/5
Photograph: Francine DavetaSlipper Room
Advertising
We’ve been burned plenty of times in predicting much-hyped, about-to-open clubs in New York were primed to save nightlife. (Remember the hoopla surrounding District 36 and its subsequent descent into B&T hell? Yeah, we do too, sad to say.) But astute nightlife regulars with their ears to the dance floor will have heard rumblings that the latest candidate for Next Big Thing will soon be opening its doors. The folks behind the dance club—two of whom are very familiar to New Yorkers with any interest in high-grade dance music—are, probably wisely, keeping the details hush-hush until the place actually opens. But we can tell you this much: It’s in North Williamsburg, just a few minutes’ stroll from the Bedford L stop. It’s a multiroom venue. It’ll have fabulous sound and a music policy geared toward the underground. It’s called Output. And it’s going to be killer. (We swear.)

But it’s not as though people are just twiddling their thumbs waiting for Output to open. Take the Lower East Side’s Slipper Room, for instance. The cozy theater and brainchild of co-owner James Habacker helped bring the burlesque and variety scene to the forefront of Gotham nightlife when it opened in 1999. The room shut down for renovations in 2010, and after more than two years, we were beginning to think that “renovation” was code for “permanently closed.” But, rebuilt from the ground up, the beautifully expanded and rejiggered spot (with new lights, better sound, a mezzanine and a gorgeous atmosphere) reopened in October and has regained its status as burly-Q central.

Those looking for something akin to a scaled-down version of a Pacha-style clubbing experience can head to Finale, part of the multivenue nightlife wonderland at 199 Bowery. Pacha’s Eddie Dean and Rob Fernandez are among the partners behind the padded-wall, blue-toned nitery; thus it’s not surprising that the two clubs share a sonic EDM pedigree, with Nervo, R3hab and Chris Lake having already played at Finale. On the opposite (i.e., underground and way off the beaten path) end of the clubbing spectrum is the promising intimate Bossa Nova Civic Club, located on the outer fringes of Bushwick that, even though it just opened in early December, has already hosted some of the city’s coolest house and techno DJs. John Barclay, one of BNCC’s owners and the man who runs the space, says the spot is striving for a sound that’s “electronic and a little bit edgy”; Hercules and Love Affair member Kim Ann Foxman and Throne of Blood’s James Friedman are among the DJs who have already hit the deks there; the Kaviar Disco Club boys and the veteran Justin Strauss—pound for pound, perhaps the best jock in the city—are lined up for later in January. (A great custom-built sound system from U.K. company Acoustic Technology Group certainly doesn’t hurt.)

And there’s more on the way—Marquee, the longtime West Chelsea models-and-bottles boîte that, despite its longevity, has never been thought of as a club-music mecca, is improbably being reopened later this month as a credible dancing-oriented venue. (Perhaps even more improbably, underground faves Sleepy & Boo will be helping to book the club’s DJs.) Last—but, if all goes according to plan, certainly not least—Space, the respected Ibizan club that regularly hosts the cream of the international house and techno crop, is set to open a Gotham outpost of its international-clubbing brand later this year. Like Output, the forces behind Space are playing it close to the vest—but if the new branch is anything like the original, which melds superclub extravagance with a knowledgeable, focused music policy that welcomes such beloved figures as techno titan Carl Cox and the deep-house defenders of Berlin’s Innervisions label, it could be just what a lot of New Yorkers have been looking for. But given our predictive skills (or lack thereof), we wouldn’t bet the farm on it.