December in New York usually abounds with opportunities to see The Nutcracker ballet, which for dance fans is always among the best Christmas shows around. In 2020, however, most of the biggest options have had to take the year off for safety reasons, including New York City Ballet’s classic Balanchine production and the Radio City Christmas Spectacular (which has a number devoted to the Nutcracker story). But there's more than one way to crack a nut. Thanks in large part to modern technology, you still have several chances in 2020 to get your sugarplum fix, including City Ballet's iconic version. 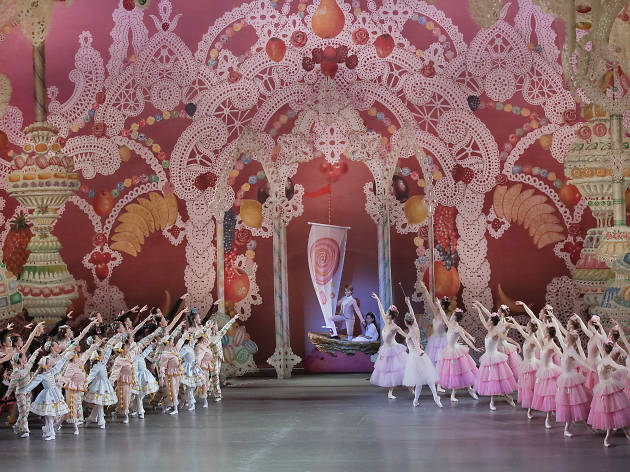 New York City Ballet's magical 1954 production of The Nutcracker, set to Tchaikovsky's gorgeous score, includes the full New York City Ballet company and dozens of School of American Ballet students, as well as an onstage blizzard and a Christmas tree that grows from 12 to 40 feet. In the end, however, George Balanchine's choreography is what holds it all together: It's enchanting, and the show has become an annual tradition for many NYC families. Live performance is out of the question this year, but NYCB is teaming up with the arts-oriented streaming platform Marquee TV to offer a full recording of the production, filmed at Lincoln Center last year. The cast includes Maria Kowroski as the Sugarplum Fairy, Tyler Angle as her Cavalier and Megan Fairchild as Dewdrop. Tickets cost $25 in the United States (the price may vary elsewhere) and includes a free month-long trial subscription to Marquee TV for viewers who are new to it. 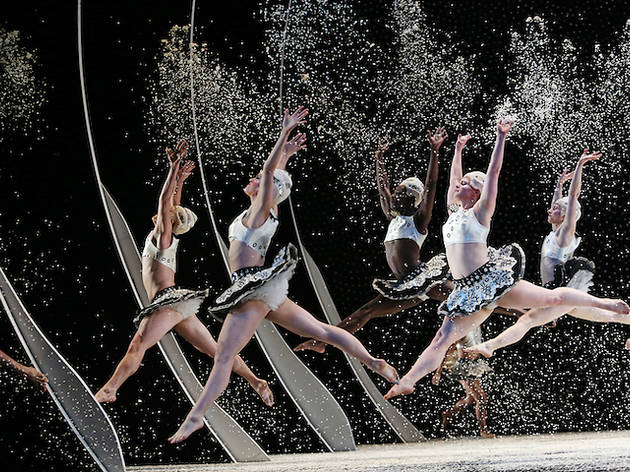 With its 1960s setting, comic-book–style art design and cross-dressing lyrical dancers, Mark Morris’s The Hard Nut is one of the kookiest productions of The Nutcracker, and after decades of performance it still feels fresh and fun. For a week this December, Morris’s company is streaming two free filmed excerpts from the piece: Waltz of the Snowflakes and Waltz of the Flowers. The video is part of a week of indoor and outdoor programming that also includes virtual dance lessons, a sing-along and live caroling; most events are free, and registration begins November 27. 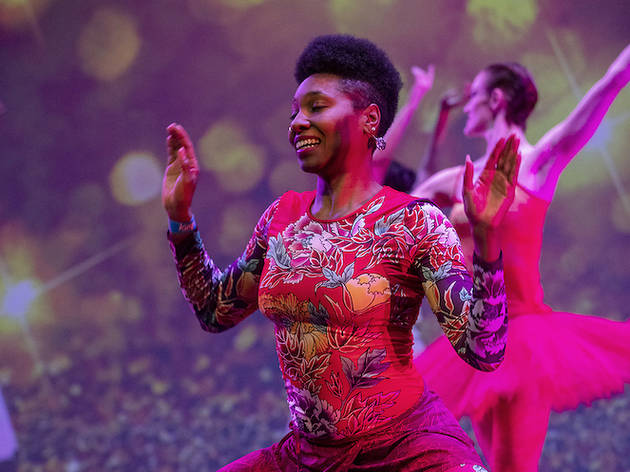 Brooklyn Ballet steps up to offer the city’s only live, in-person performance of The Nutcracker this season—or at least a glimpse of one. The troupe’s usual version, choreographed by artistic director Lynn Parkerson, emphasizes cultural and artistic diversity; alongside sequences that hew to the classic 19th-century tradition are interludes that feature street dance, flamenco, belly dancing, Chinese dance, hoop dance and hip-hop. This year, that diversity will be on prime display as the company offers 25 minutes of excerpts from the show through the floor-to-ceiling windows of its studio space as spectators watch from outdoors. The show is presented nine times over the course of four days, for free and with no ticketing. 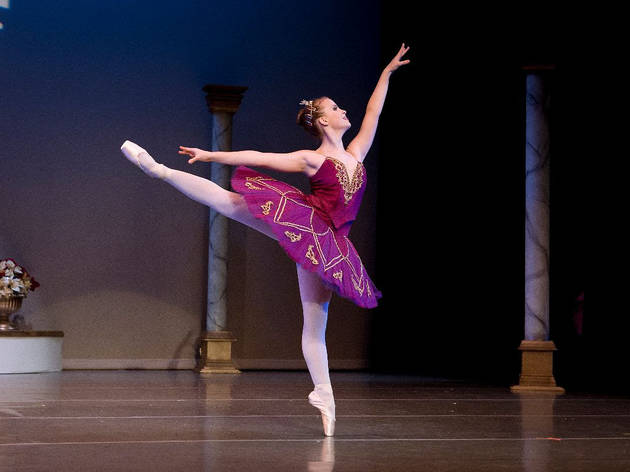 Washington State’s Evergreen City Ballet, led by Bennyroyce Royon, invites viewers from across the country to view its version of The Nutcracker, as captured in a recording that also includes interviews and behind-the-scenes footage of the creation of the virtual show. The company includes visiting New York CIty Ballet dancers  Georgina Pazcoguin and Alec Knight and Seattle drag personality Aleksa Manila; the dances were filmed in November, and a different chorus of local students is featured in each of the run’s three weekends. Tickets start at $30. 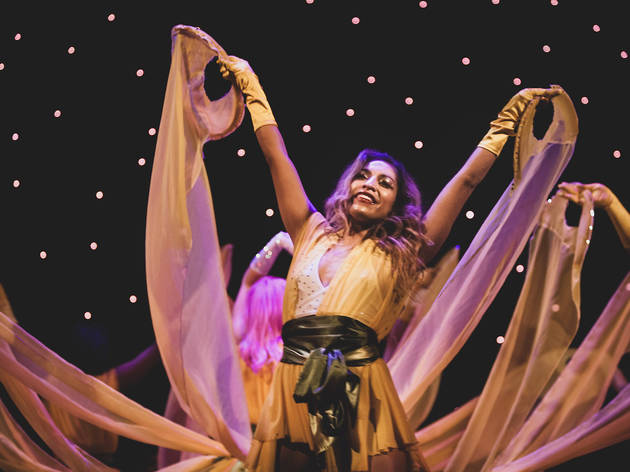 Director-choreographer Vanessa White presents the lucky 13th edition of her version of the classic holiday ballet: an adults-only, feminist, body-positive depiction of the grown-up Clara’s adventures in sexual freedom, in which toys play an important but quite different function than before. The Boston-area cast includes burlesque performers, belly dancers, hula hoopers and others along with the usual ballet types. This year’s filmed version, assembled from archival recordings of last year’s live show, can be streamed from Thanksgiving through the end of the year for $10. 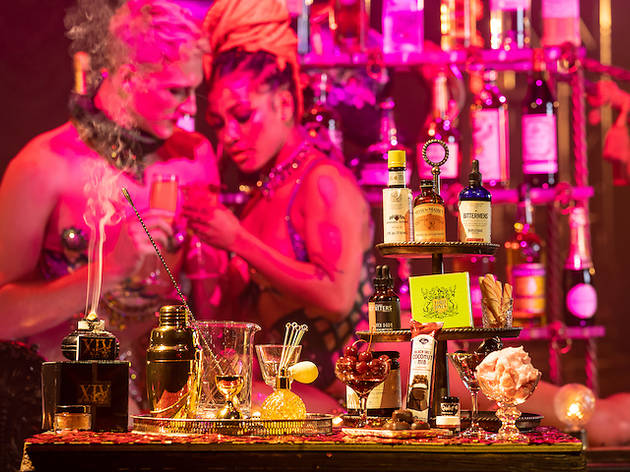 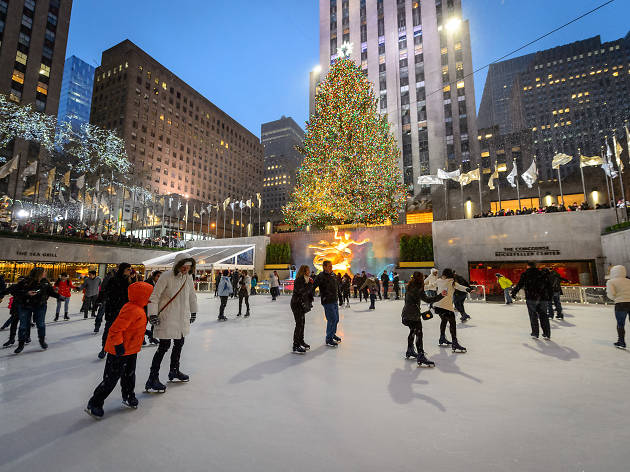 From naughty bashes to dazzling light displays and more festive fun, here are the best things to do this holiday season