After a five-year interlude, the “Kids” performers are alright, as evidenced by MGMT’s sardonic new album, Little Dark Age (released on February 9). The ear-catching synth-pop record reflects how college pals Ben Goldwasser and Andrew VanWyngarden have outgrown the running list of banal narratives created by critics who are still stuck on the crew’s breakout debut, Oracular Spectacular. Before playing some of their new (and old) material at three sold-out shows in Brooklyn, NY, we chatted with Goldwasser about the band’s current state. It’s going to be one of the best concerts in NYC this month! MGMT plays Kings Theatre on Sat 24 at 8pm and Brooklyn Steel on Sun 25 and Mon 26 at 8pm (bowerypresents.com). Buy tickets. MGMT also opens new venue Sony Hall on Tue 27.

What were you hoping to accomplish with Little Dark Age?
We wanted to make better music and do something that expresses where we are at in life. I think it was particularly challenging this time because we took a long break in between, and we had to relearn how to work in a studio together. But that was a positive because we got to hit the reset button.

The new record sounds very playful and fun.
Even on our last one [2013’s self-titled LP], which comes across as more impenetrable, we had a lot of fun making it, but the music sounds darker. On this record, we were more bummed out most of the time, so we wanted to make music that made us feel good. These songs are about depressing things, but you can still dance to them.

Well, you guys wrote and recorded during the election season, which was a heavy time.
It definitely affected us. A lot of the music is about feeling old or out of touch. We’re not trying to put a political message in our music. It’s more about wanting to be present, paying attention and wanting to feel alive.

That’s sort of the message behind “TSLAMP,” right? How detached societycan be from reality when we’re all constantly on our phones.
There’s a lot of scary stuff going on in the world right now, and the knee-jerk reaction is to just tune it out and disappear into your phone. This isn’t an anti-technology record. It’s more of an observational record that says, “This  is where we are right now.”

It seems like your satirical approach helps you do that. You have to laugh to keep from crying.
Absolutely. A lot of our favorite music is like that. I’m really into the idea that dancing and getting a group together to listen to music is kind of a political act in itself. It’s a reminder for people to keep showing up. I think that’s important.

Your music videos tend to be pretty outlandish and weird, like the recent one for “Me and Michael” starring actor Michael Buscemi. Was he the inspiration for the song?
It wasn’t written with him in mind; it just sort of happened after the fact. Our friends who worked with us on the video knew him. In general, the concepts for our videos come from silly conversations or inside jokes.

Do you ever have moments where you think, We can’t do this—it’s just too out there?
We get to that point sometimes. Luckily, we have people around us to tell us when we’re being too ridiculous.

How much would you say the opinions from your fans and the media influence what you choose to perform?
I think it’s funny that so much of our identity as a brand has been wrapped up in certain narratives that have developed over time. A big one is that we didn’t perform “Kids” live because we wanted to lose all of our fans. That is not true. When we were at Coachella, we were going to play the song, but ran out of time. We had to stop. So that turned into this thing—that we prefer to be obscure, or something. We would have spent so much time explaining ourselves that we wouldn’t get to focus on what we’re doing now. We feel very fortunate that we have fans who support us and that we’re still friends after years of being in this band.

You moved from New York to LA recently. Do you find that you’re happier out there?
Considering this is Time Out New York, I don’t know if I should say anything bad about it.

You can be honest!
I’m just kidding. I really like New York, and I think I appreciate it a lot more when I come back. I actually do touristy things and go to museums. I really love living in LA. The main reason I moved out there was to have a change of perspective. I never lived in a big city other than New York. I think after living in any city long enough, you start to feel that’s the only way for a city to exist.

What are some of your favorite spots in New York?
I spend most of my time in Boerum Hill or Prospect Heights. Littleneck, it’s a secret restaurant on Third Avenue [in Brooklyn], was my neighborhood spot.

Have you been to these secret music venues? 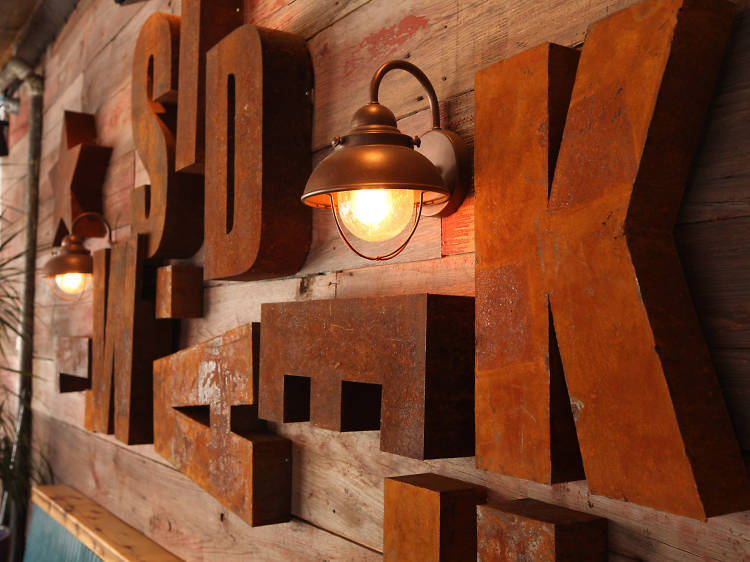 These venues might not be hosting the biggest shows in town, but they're great for finding secret New York treasures